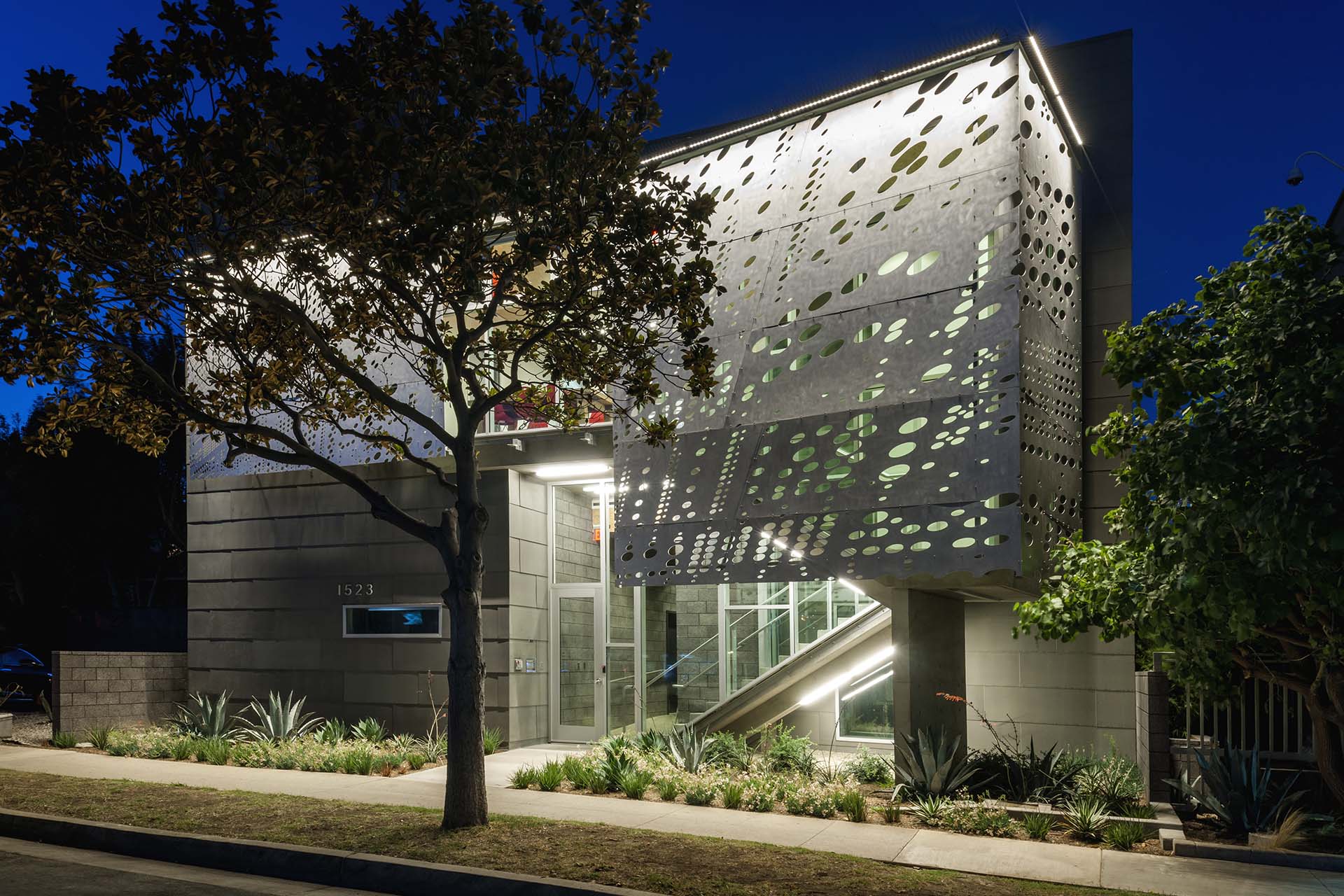 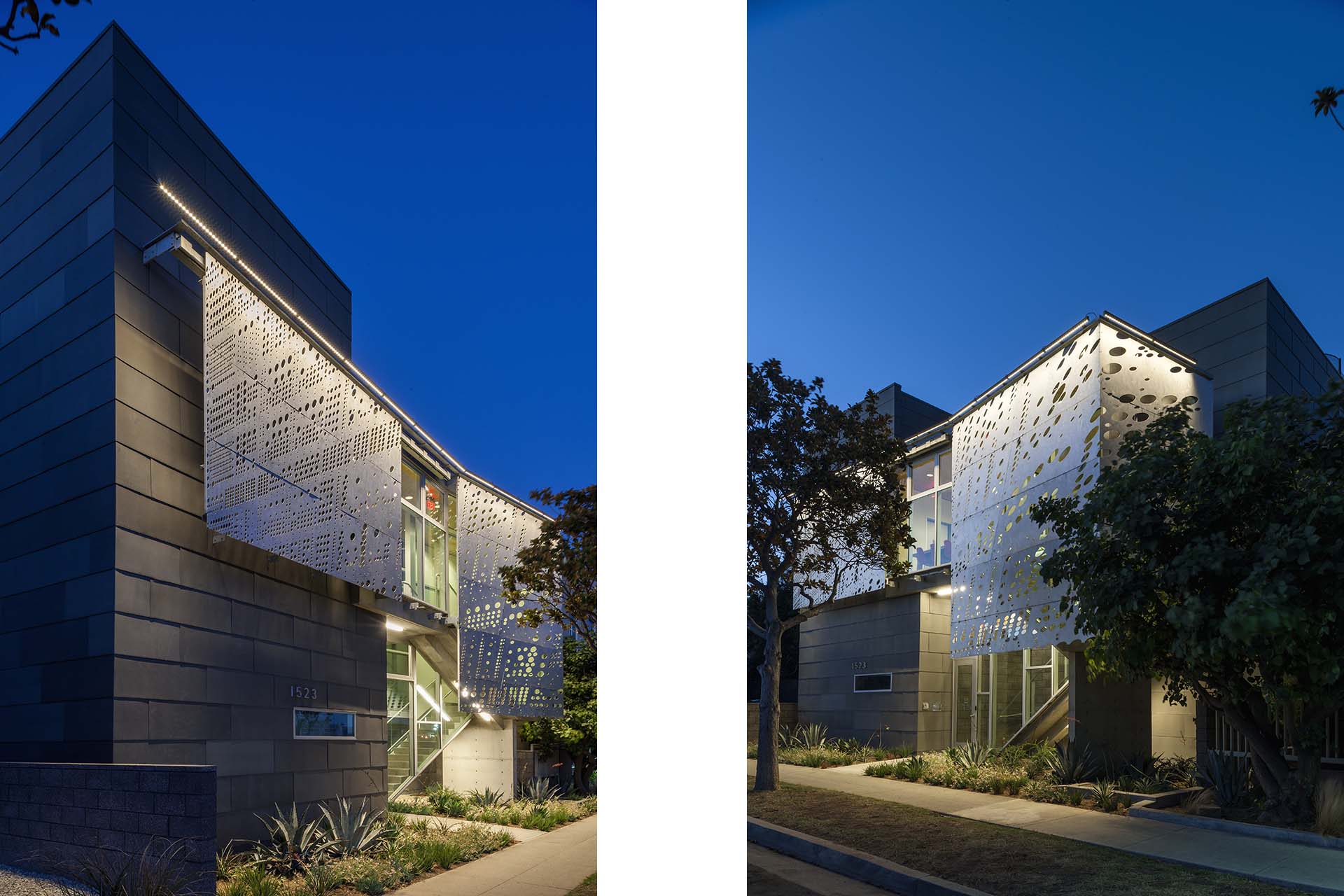 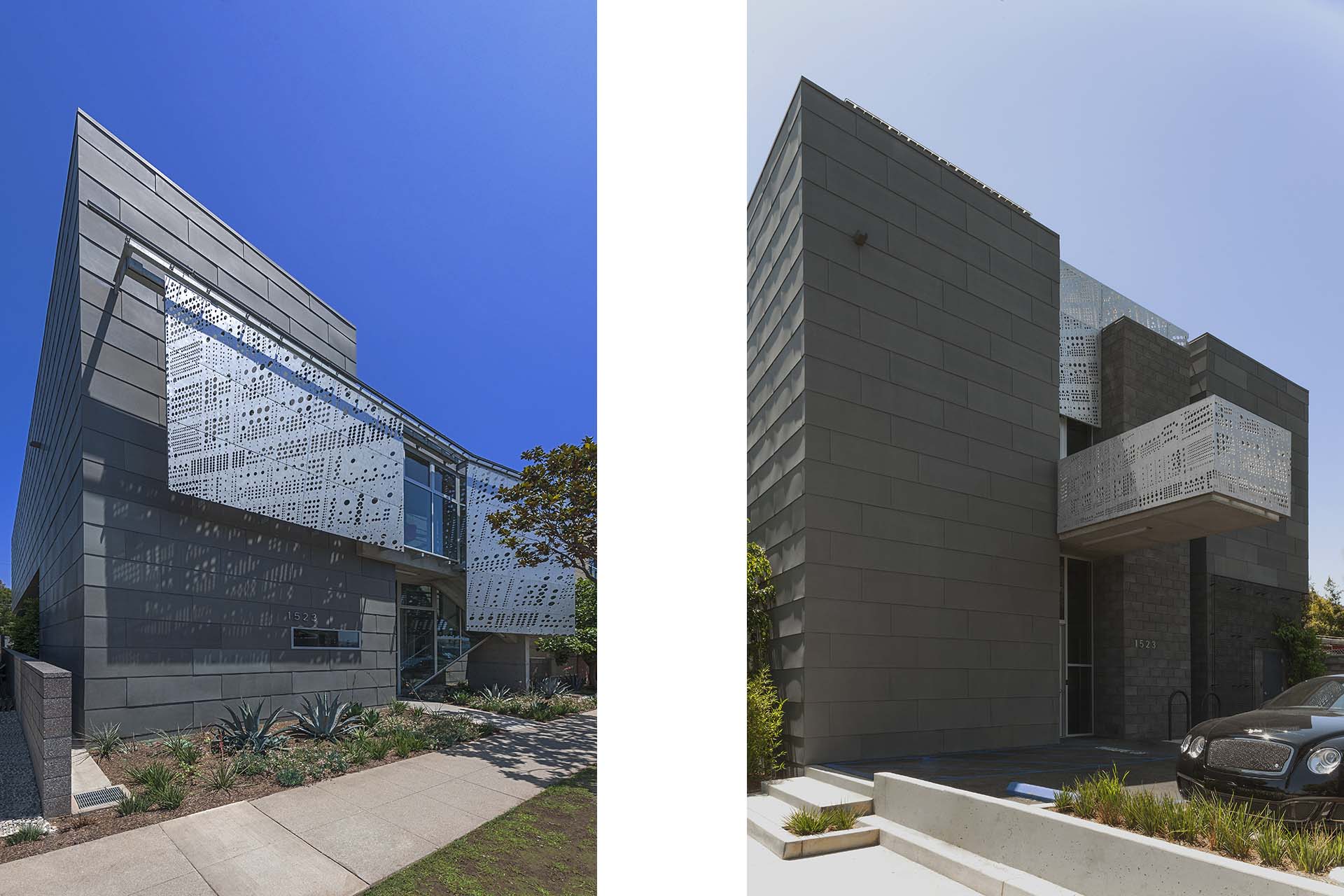 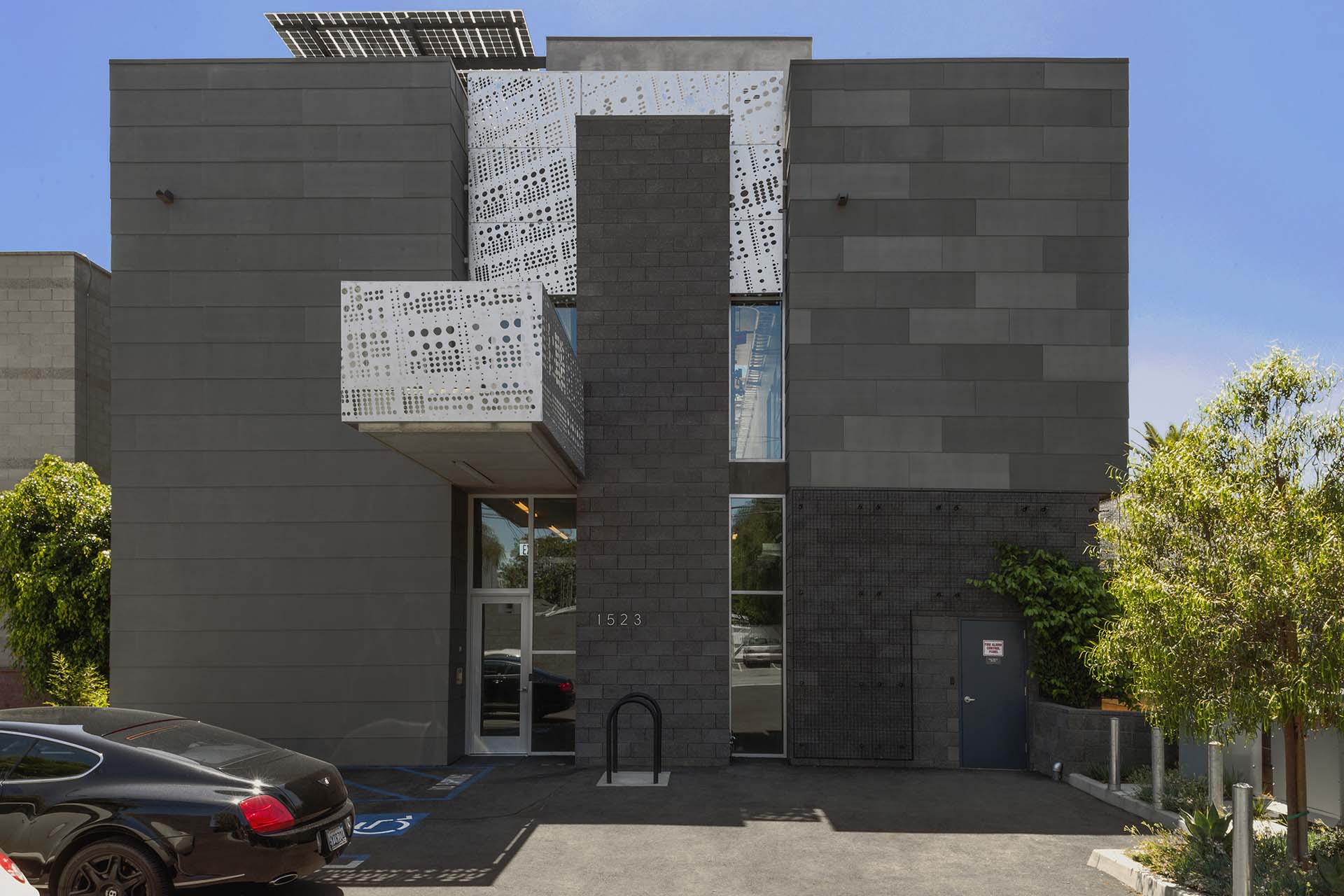 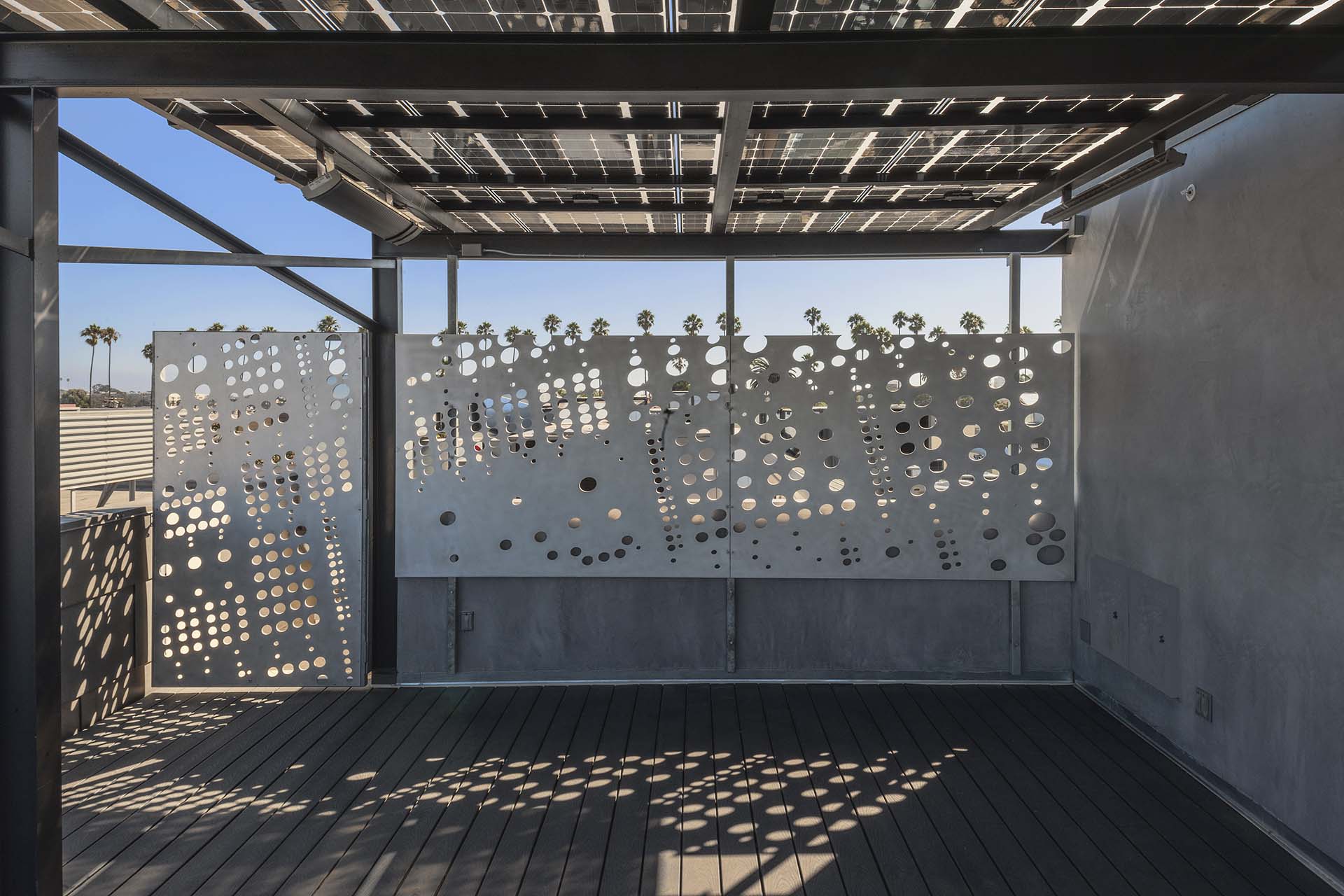 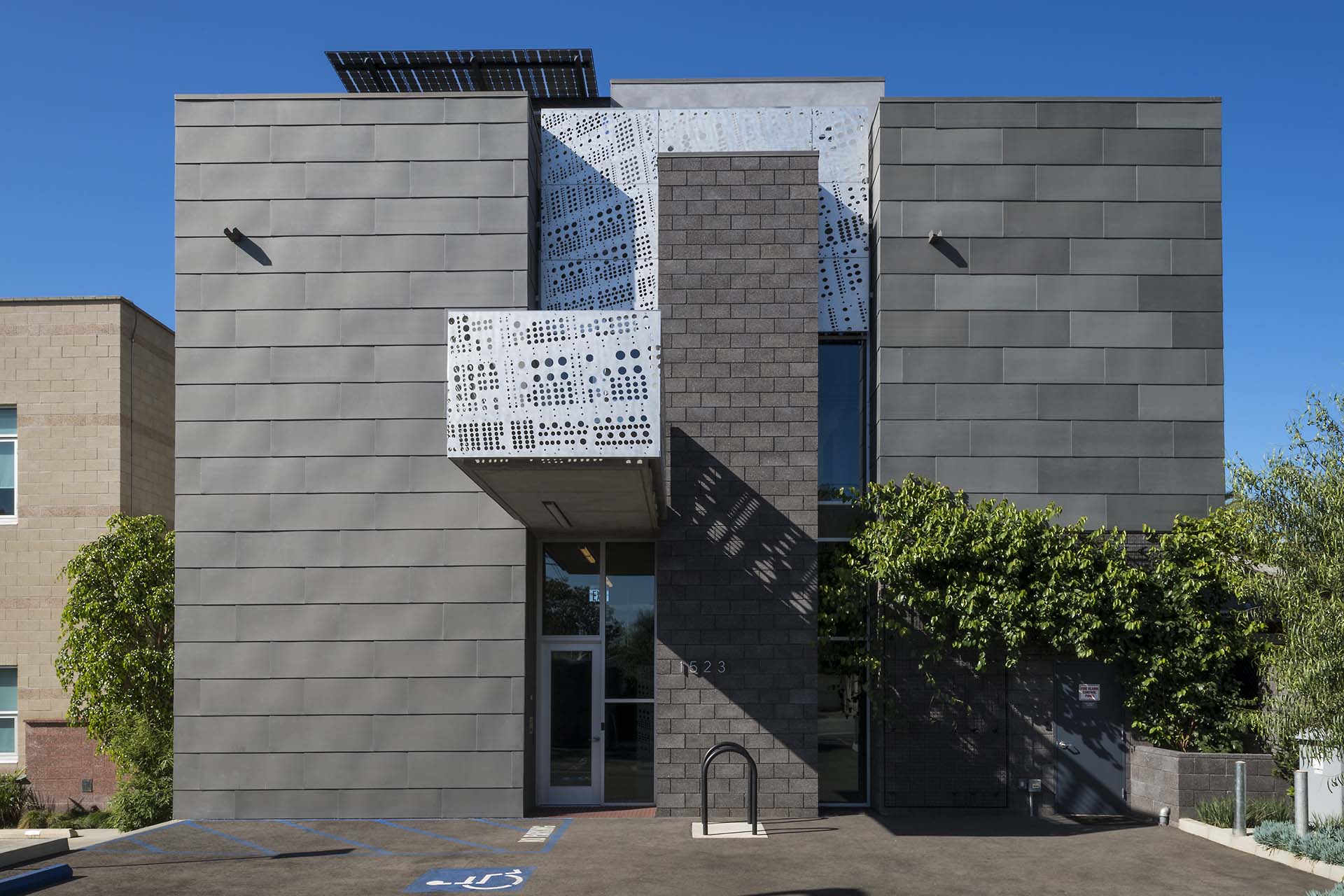 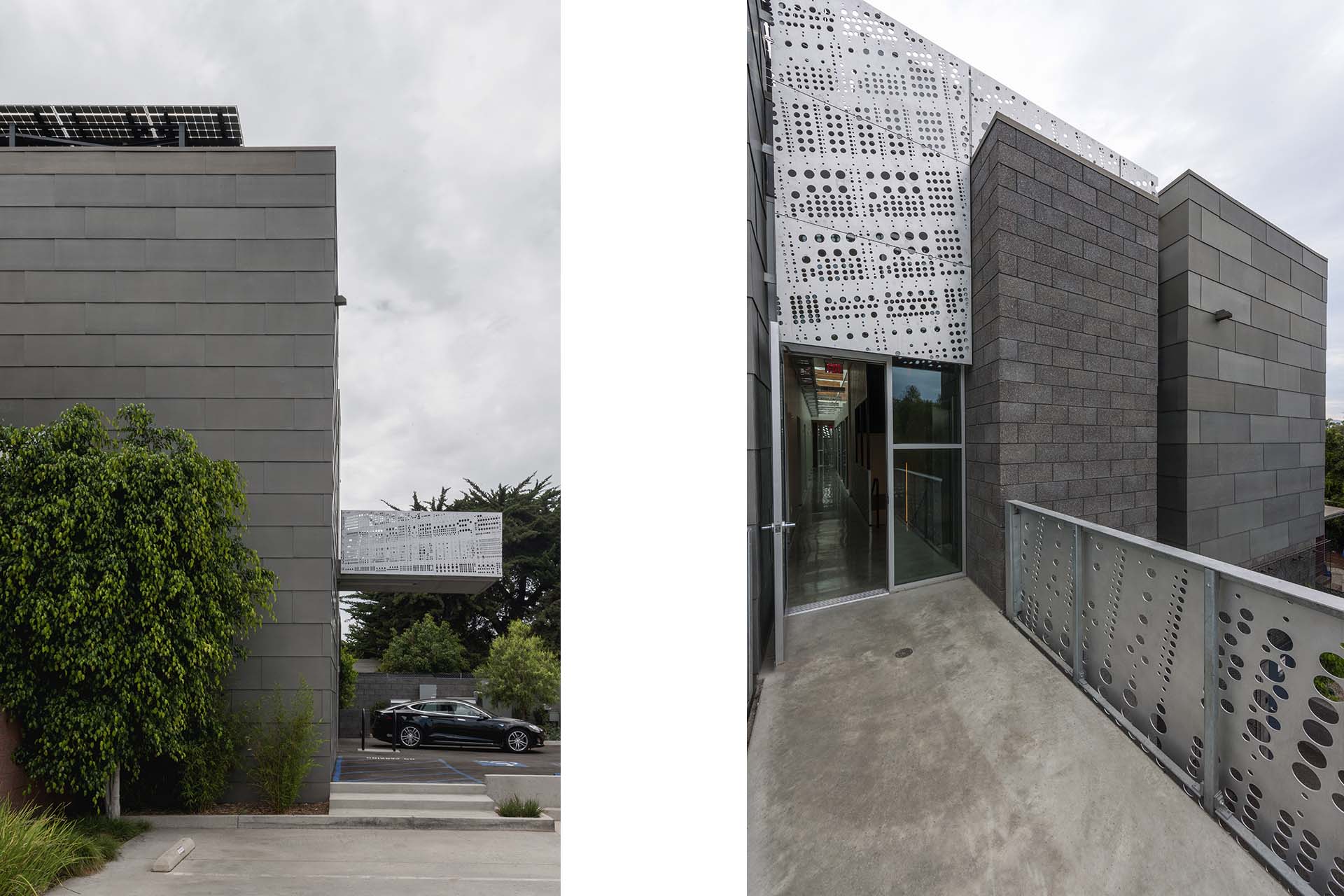 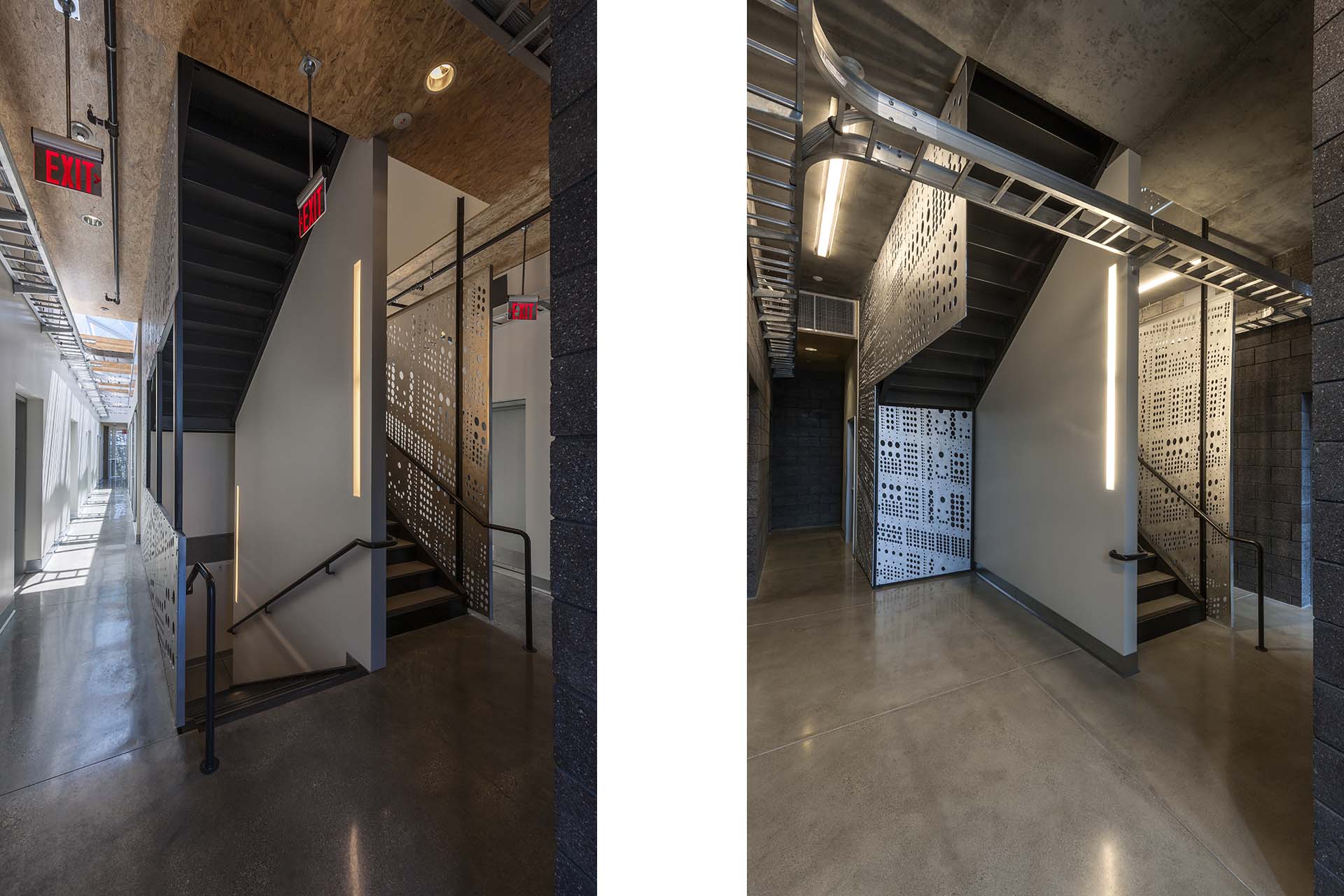 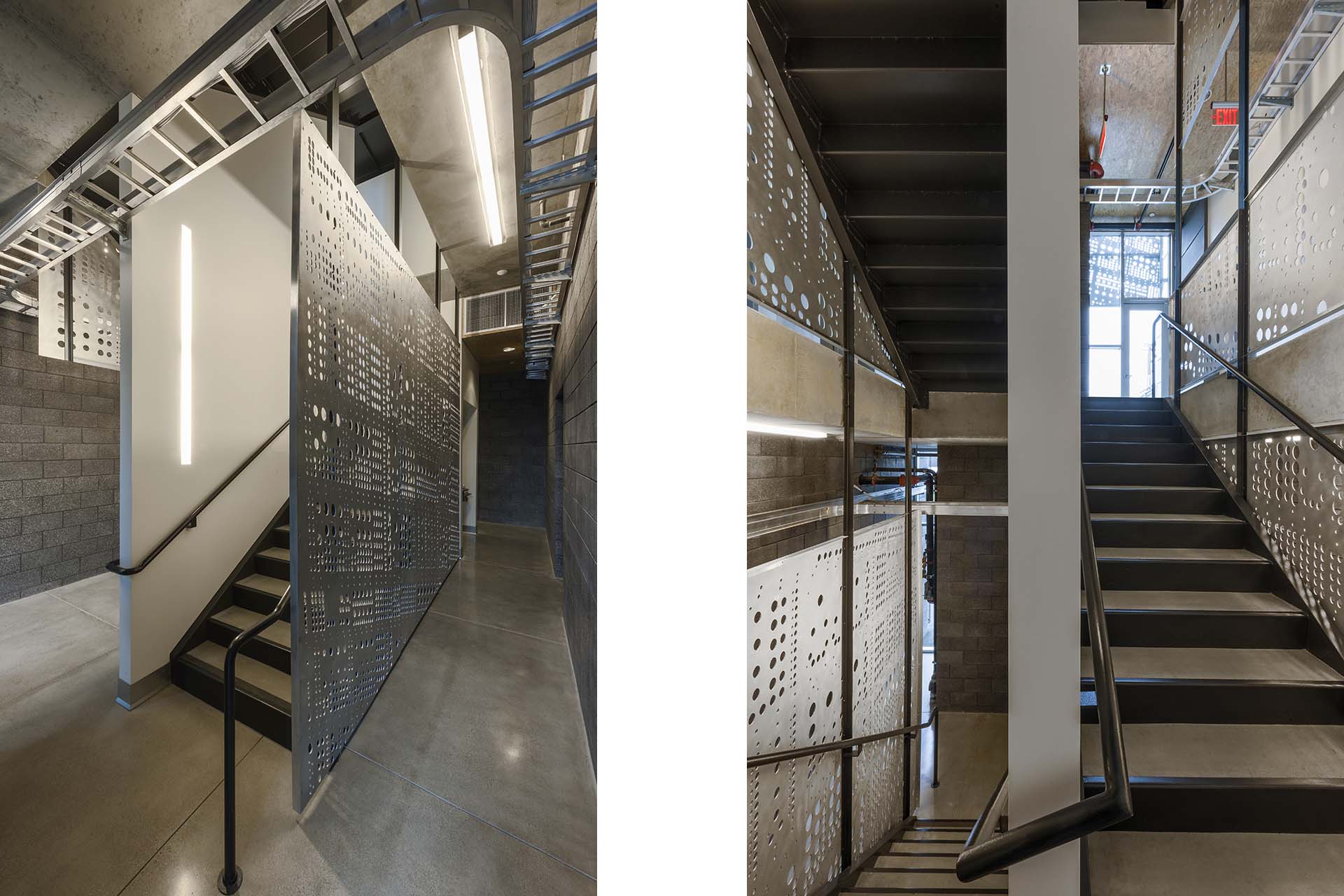 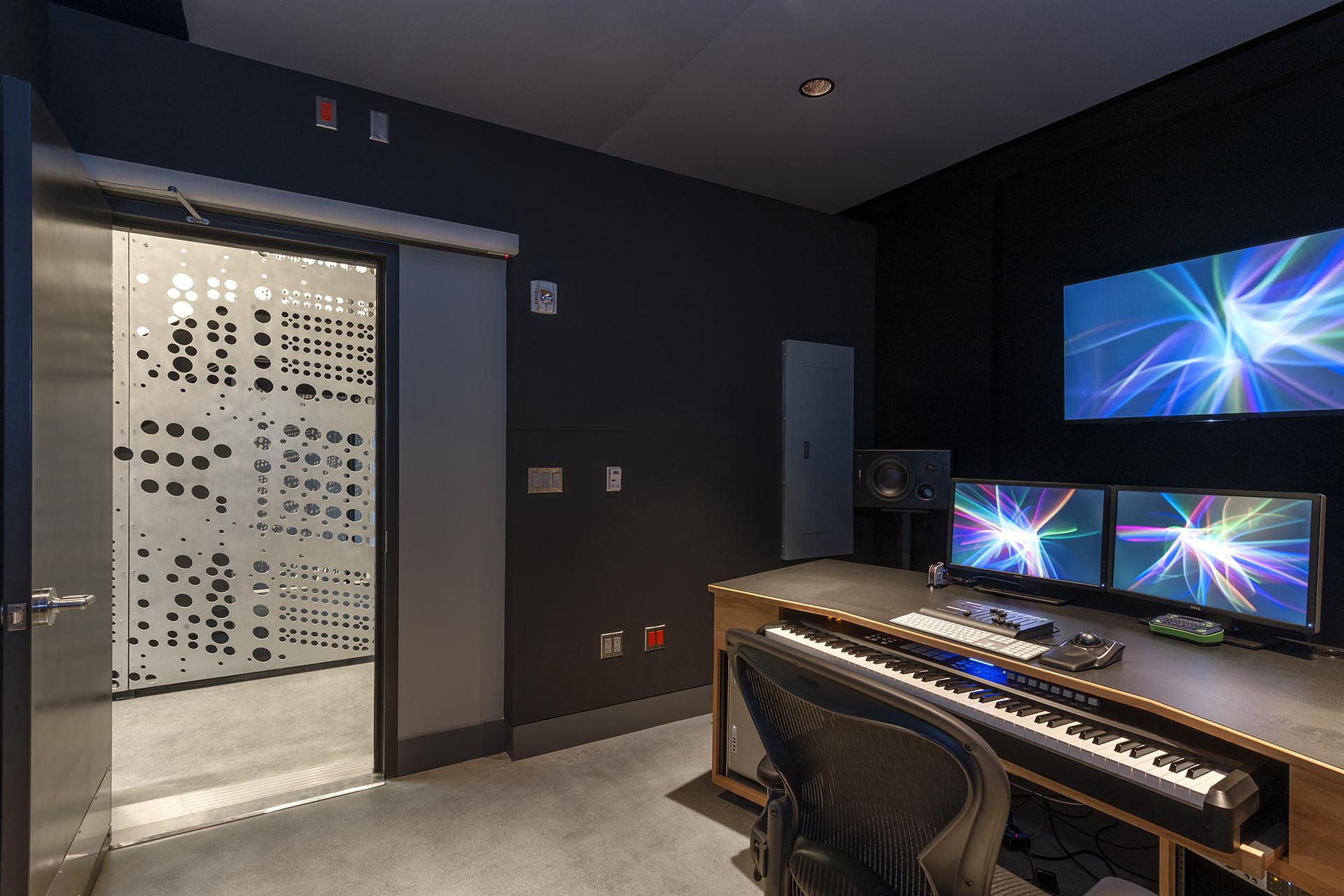 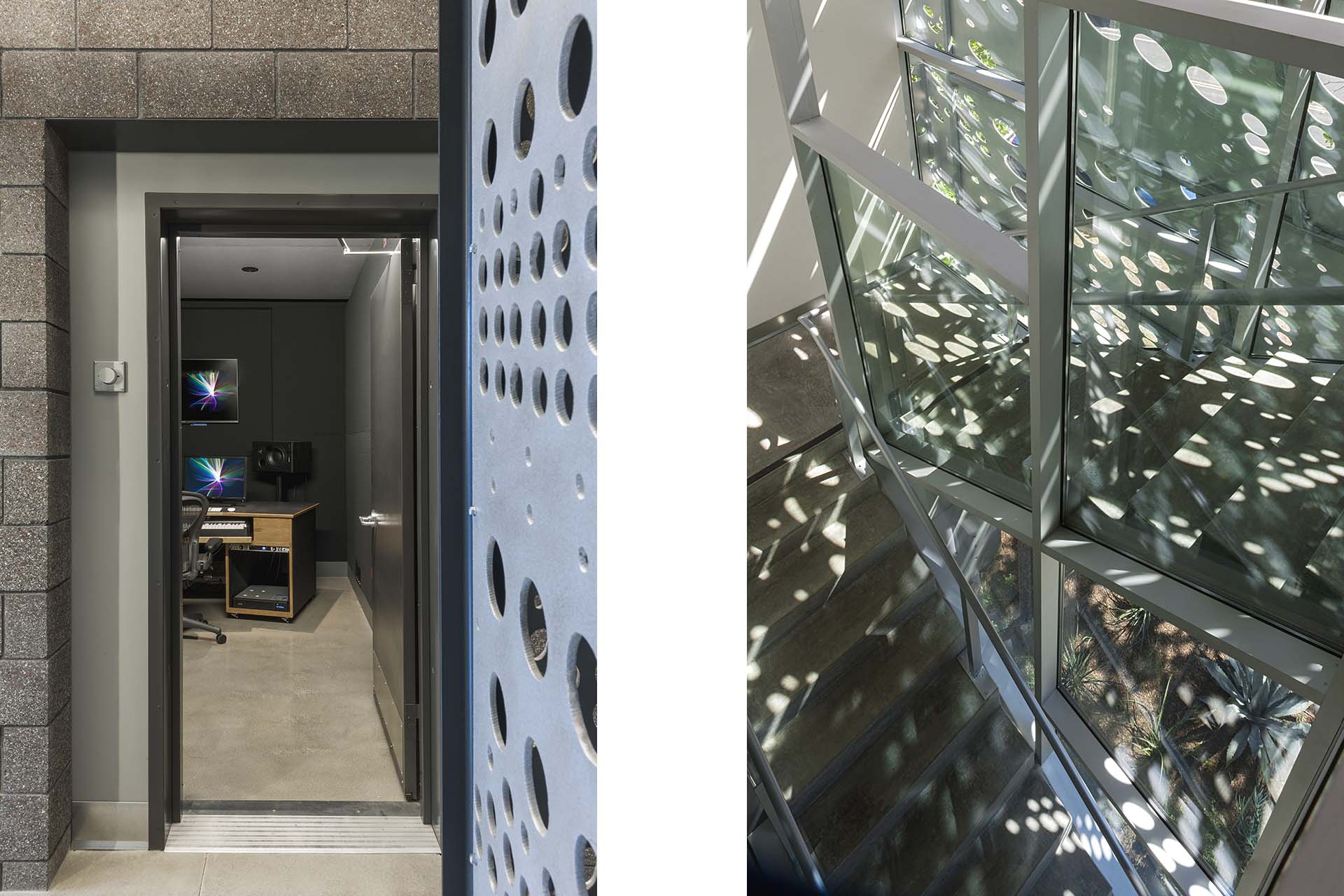 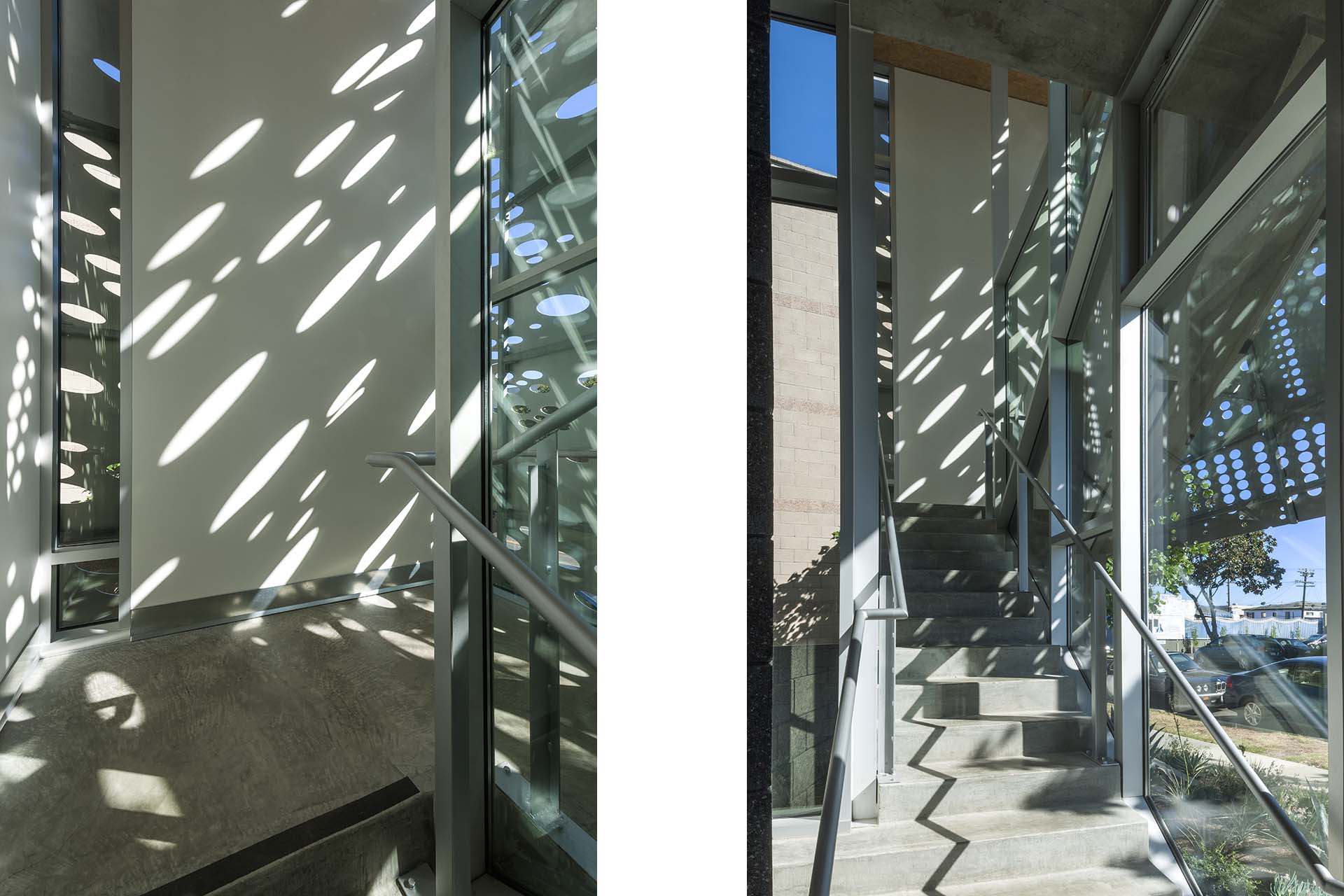 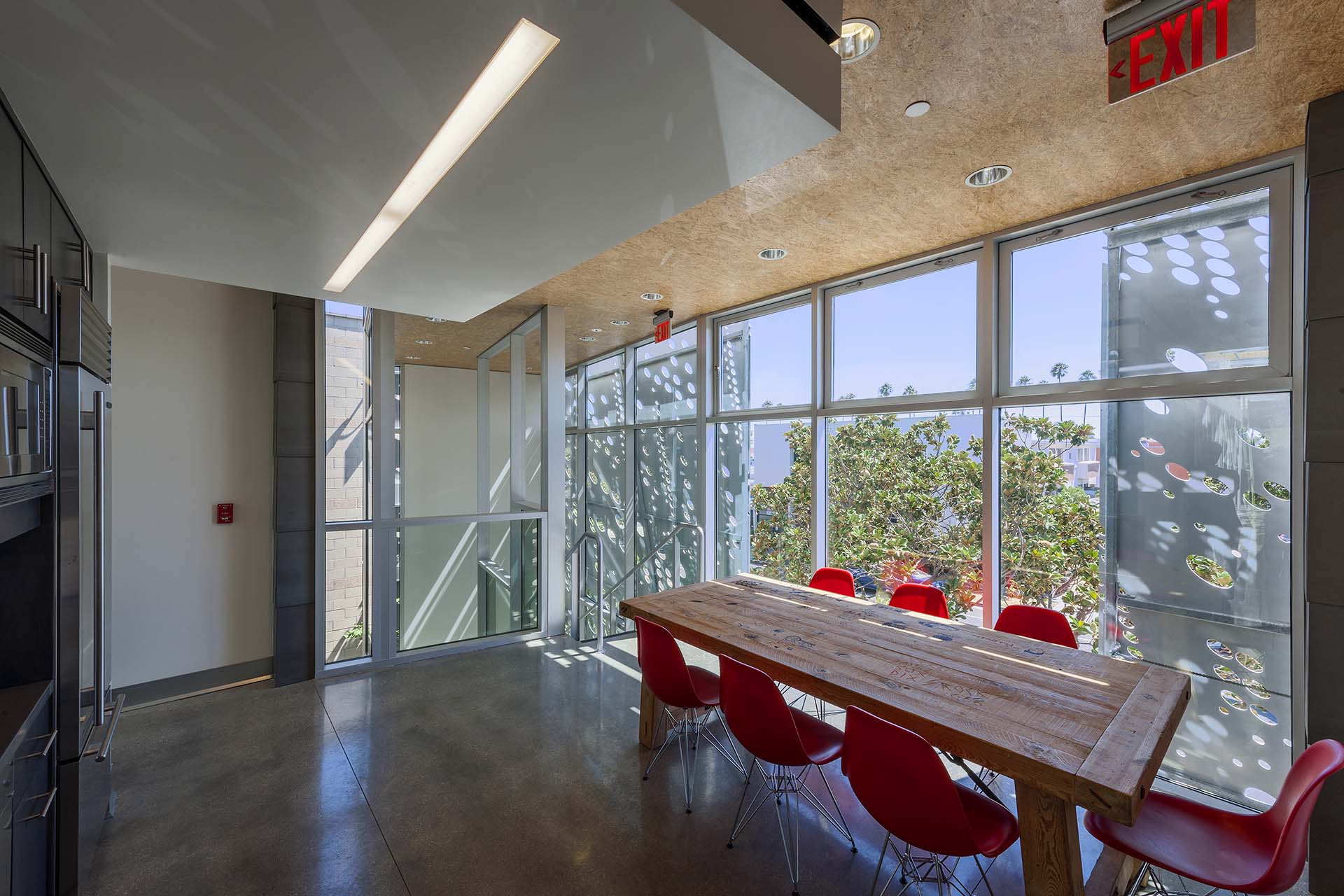 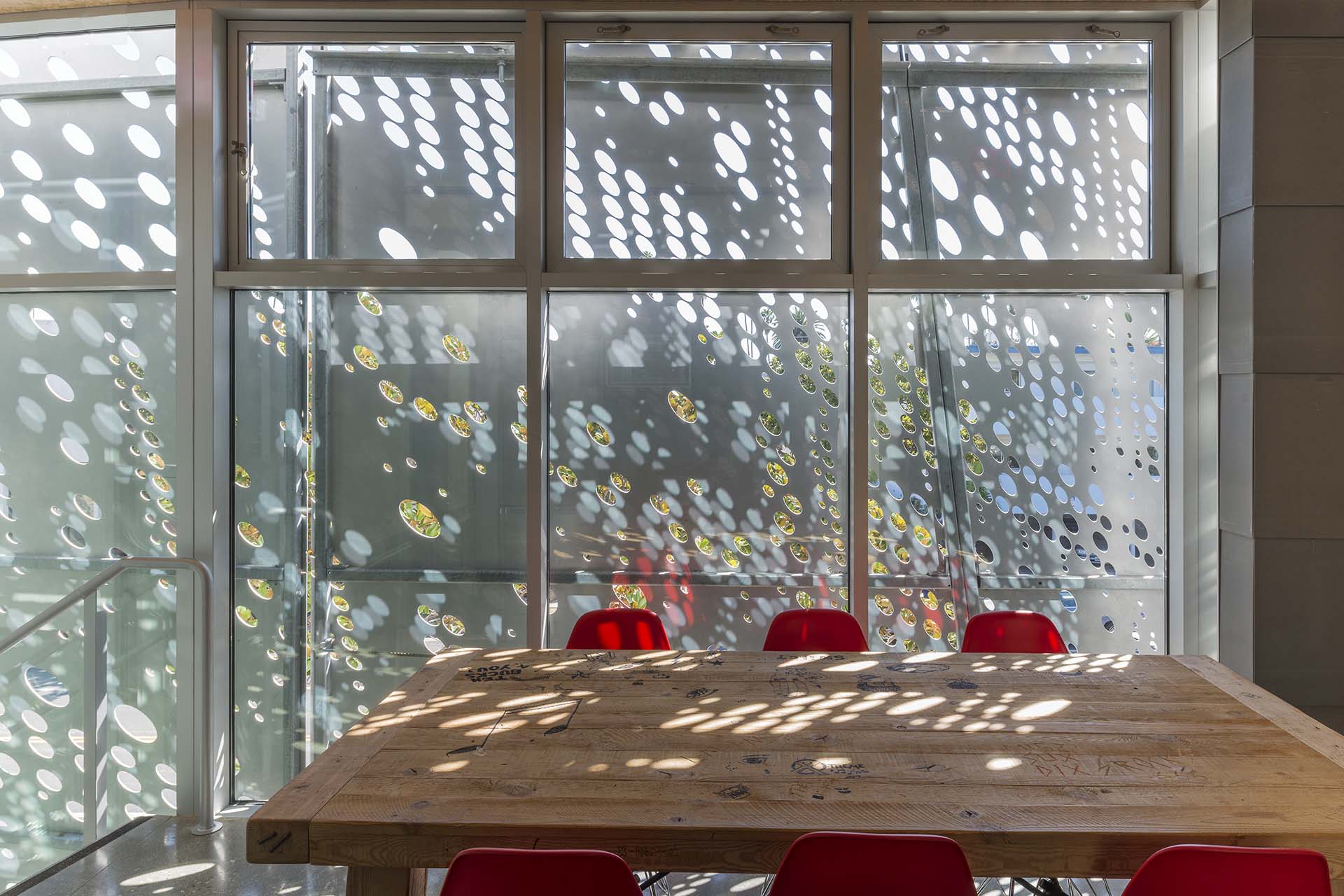 The project includes two large state-of-the-art music composition and recording suites plus sixteen small audio production studios with lounge and auxiliary areas. A very dense studio layout required careful acoustic planning. The very enclosed nature of the workspaces demanded relief in the form of areas with strong connections to daylight and the surrounding environment. A strategy of offering a variety of naturally lit and exterior spaces was pursued to provide relief from the intense process of commercial music creation in the mostly windowless and hermetically sealed studios.

The site was an empty, flat lot in a light industrial area, within the owner’s campus of several eclectic buildings containing media production facilities. The project is part of an ongoing master plan going back to 2005. The project attempts to create a unified identity for the company and its artists, while preserving the varying scales and characters of the different buildings, typical for the eclectic neighborhood. Materials reflect the industrial heritage of the area but their detailing and applications hint at the building’s contemporary use.

The limited size of the lot and the building’s parking requirements necessitated a remote parking lot on a second parcel. Due to the ongoing construction of a light rail line along the southern edge of the campus, the locations of the building and the parking were reversed from the original plan, to increase the distance of the recording studios from the train.

Aluminum screens for shading, guardrails and privacy, some of them moveable, are perforated with a pattern derived from vintage synthesizer modules, a tool used by many of the resident composers, and alludes to a previous building which features a fritted glass handwritten Mozart score, enlarged to abstraction.