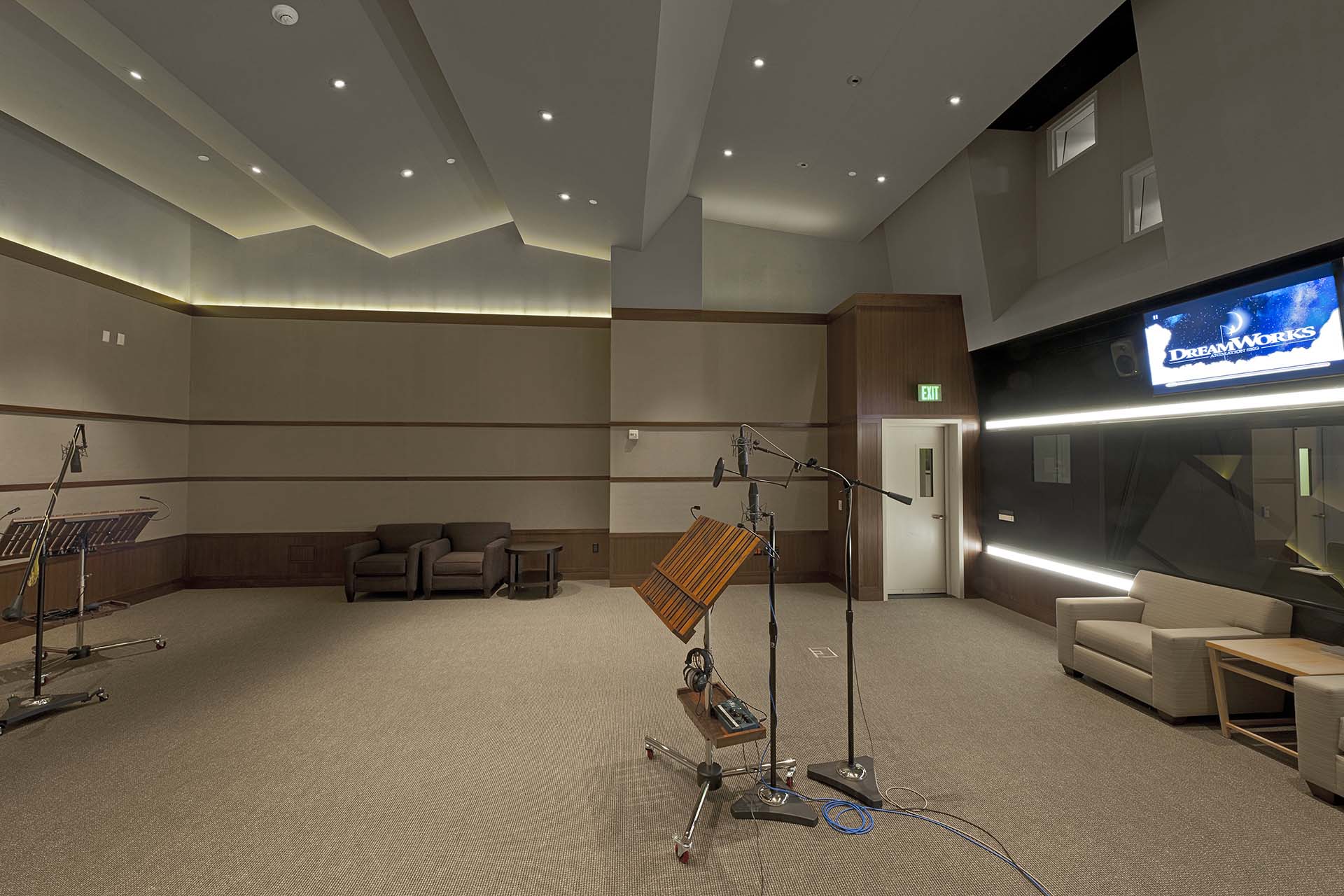 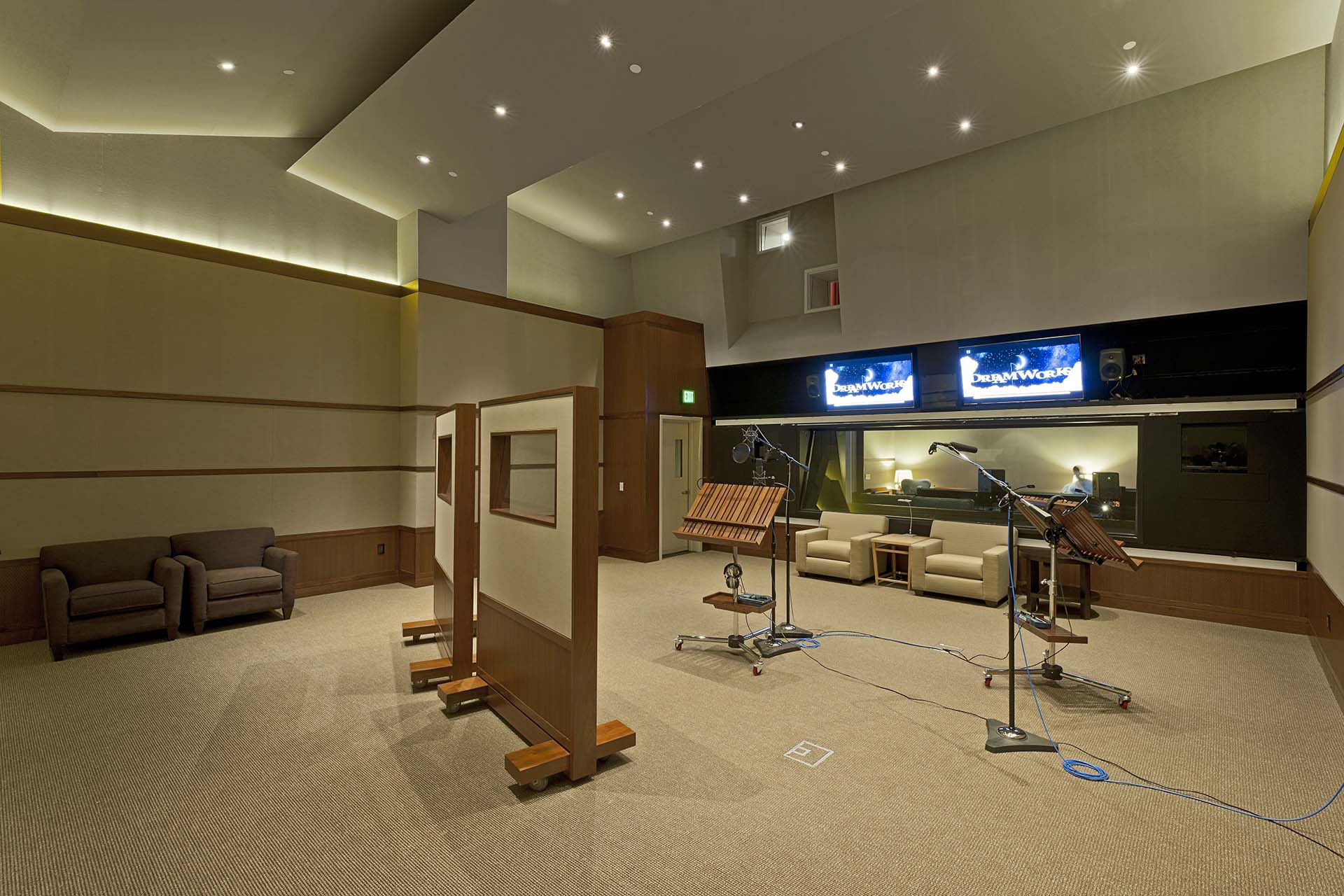 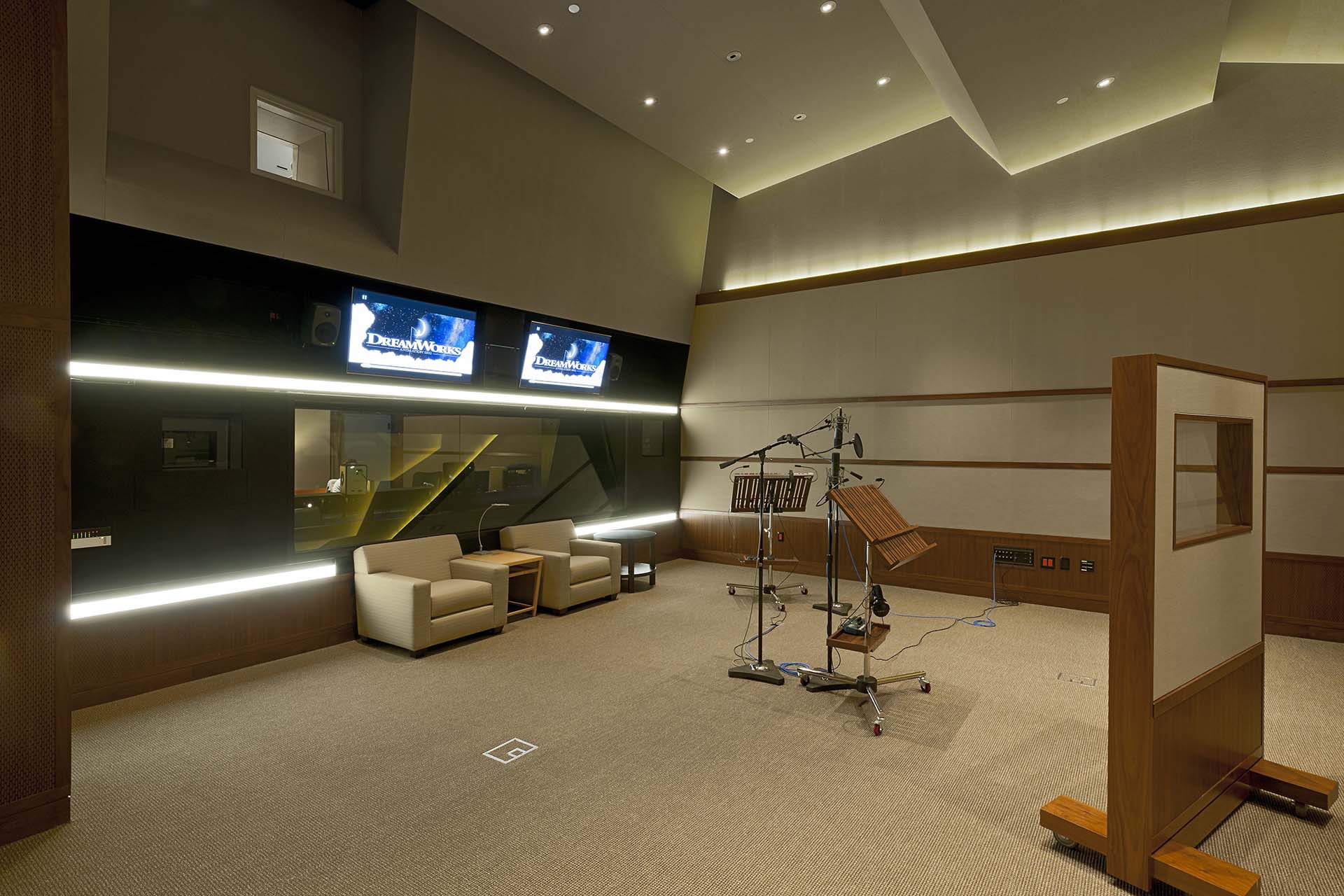 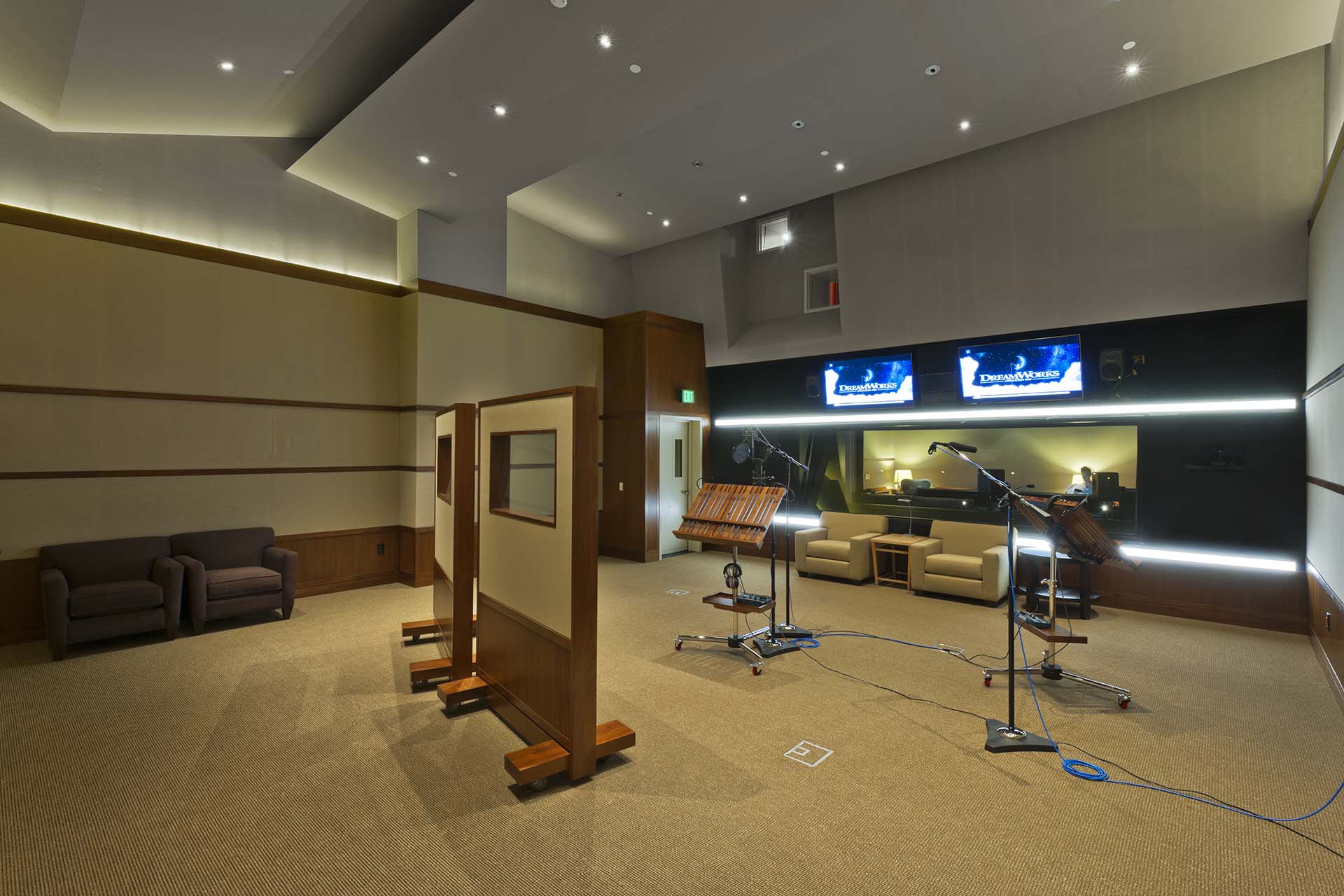 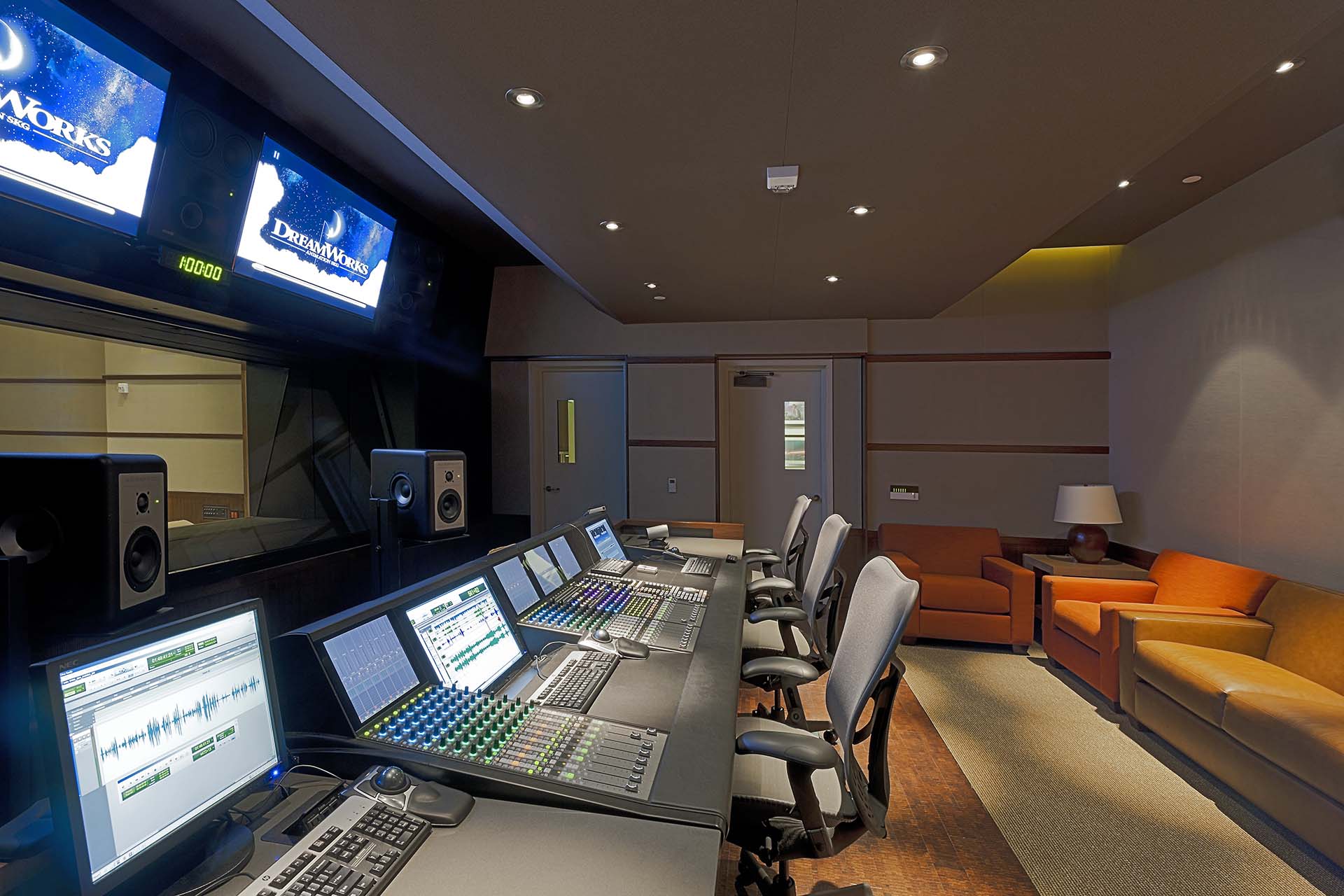 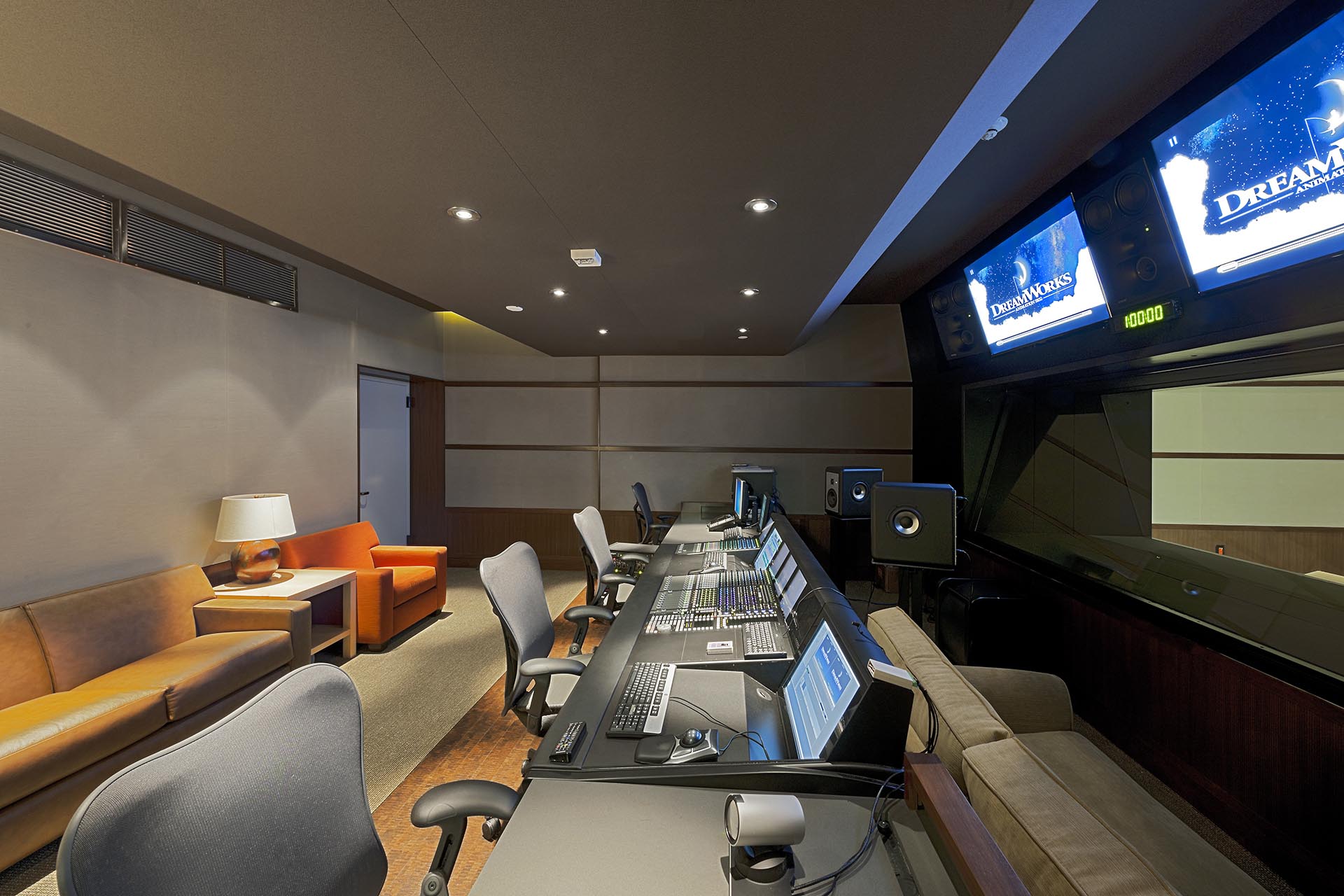 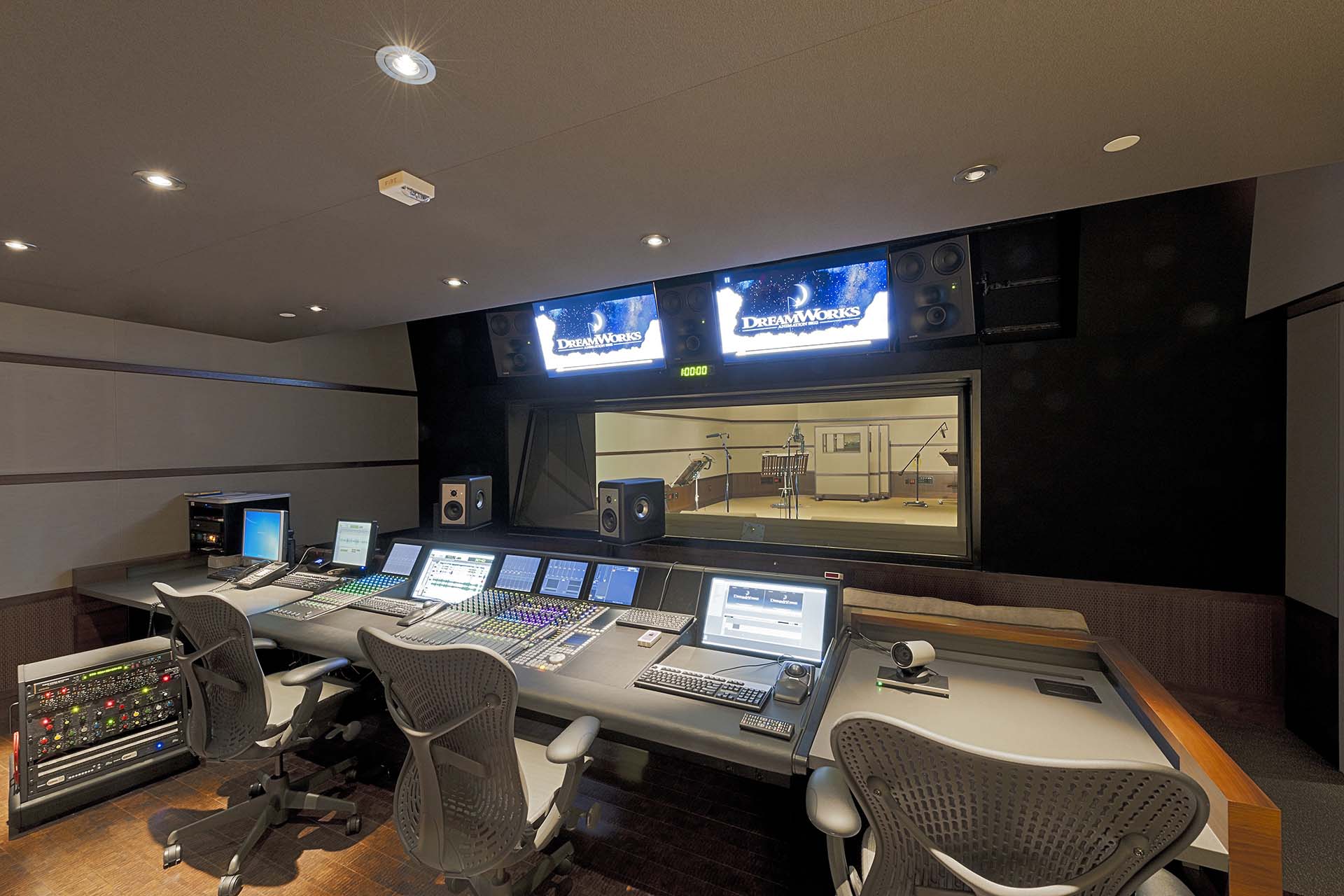 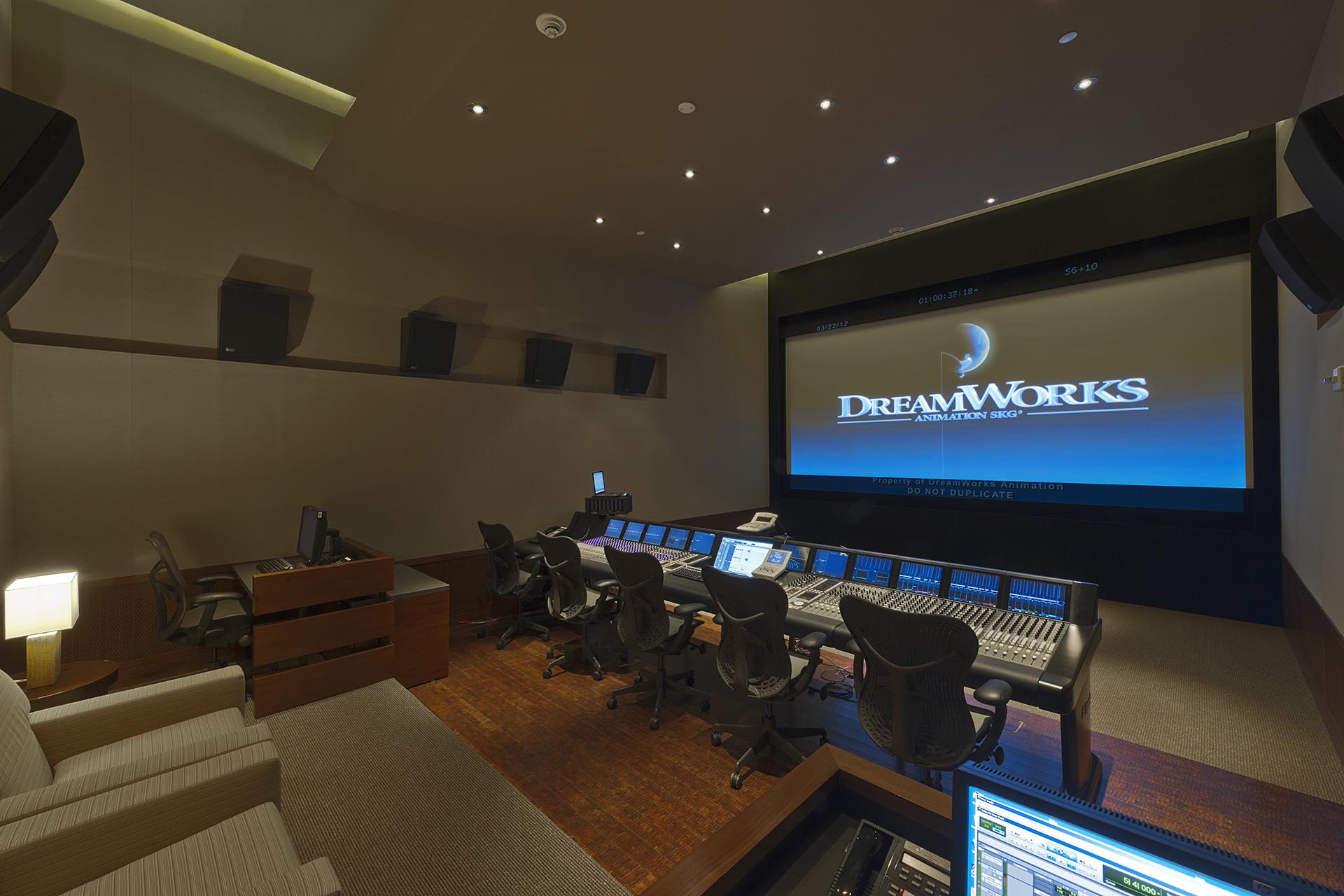 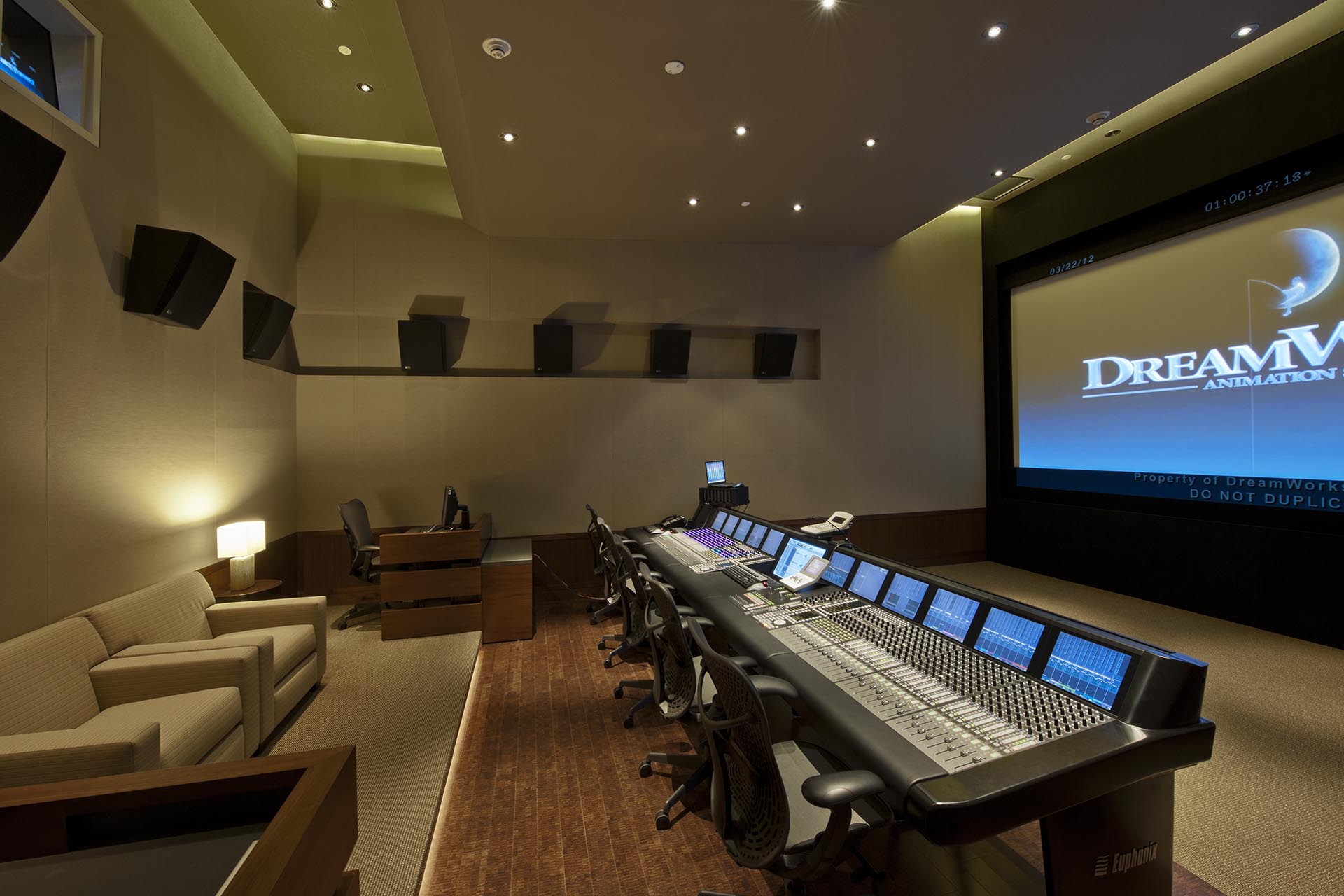 Incorporating the studios on its campus results in significant timesaving, cuts back on executive travel across town and greatly enhances the overall production workflow for the prolific animation studio.

The facility’s location in the basement of a recently built office building posed spatial challenges that were solved with a complex three-dimensional puzzle of single and double-height spaces. The close proximity of acoustically sensitive rooms, both in plan and vertically in section, required a carefully developed space planning concept and extensive soundproofing measures.

The 850 square foot by eighteen foot tall main recording room features suspended ceiling clouds that serve as acoustical components as well as to conceal air ducts and lighting and as a strong visual element. The room is equipped with permanently installed video cameras and adjustable lighting and is designed with projection ports for possible future ADR capability.

The adjacent control room is connected to the recording space with a large window and direct access through a dedicated sound lock. Besides the generous seating and technical installations, a producer’s booth in the back provides privacy and quiet during sessions.

The mix stage is used for pre-mixes, but is capable of producing entire film mixes if needed. Its overall size of twenty-seven feet long by nineteen feet wide and a clear height of thirteen to fifteen feet allowed the installation of a sixteen feet wide screen.

Sound editing in the six adjacent edit rooms complements the stages and a central machine room contains the technical infrastructure serving all of the new facility. 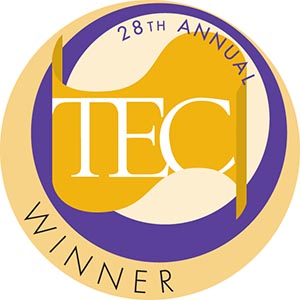