nz\a’s innovative strategies aim to make the most of any given budget, and to conserve materials and energy at every practical level

nonzero\architecture provides full architectural, planning and design services to local, national and international clients from its offices in Santa Monica, California. Evolved into its current form around 2004, it builds on an experienced team and seamlessly continues the work of its accomplished predecessor firm studio bau:ton, founded in 1990.

nonzero\architecture explores the potential of architecture to enrich and enhance people’s lives. Our designs address the human desire for both the beauty and functionality of their surroundings, whether at home or at work, at leisure or in the public realm. Based on an awareness of historical evolution and broader culture, we search for contemporary architectural solutions to the challenges of today’s built environment.

The creation of stimulating spaces and structures is a primary aspiration of the firm. Concurrently, we carefully consider the economic realities, social dynamics and limited natural resources that all demand a thoughtful and conscious approach to design and construction.

nz\a’s innovative strategies aim to make the most of any given budget, and to conserve materials and energy at every practical level. Sustainability and the preservation of building substance, of financial and material resources, are always integral parts of the firm’s designs.

Our team understands that in a truly successful project the interests of owners, users and the public at large need to converge. Based on this awareness of architecture as a non-zero-sum game we try to balance each part of the project to the fullest extent possible.

But a constant infusion of fresh ideas and a passion for good design must be inherent to the process to transcend buildings into architecture. Balancing divergent needs is only the foundation on which we build our own strong point of view, aiming to fulfill our client’s needs to the fullest and to offer a unique modern design sensibility for a contemporary world.

studio bau:ton, founded in 1990 as a boutique architecture firm, is now a fully integrated division of nonzero\architecture, carrying on its legacy as a pre-eminent force in the field of media production facilities design.

Within nonzero\architecture, the studio bau:ton division continues to offer a comprehensive approach to the complex challenges of projects for the creation, recording, production and distribution of audio and visual media and for the live arts.

The award-winning studio bau:ton made a name for itself from the very beginning, particularly in the music recording and audio-visual media industry. It introduced a new architectural approach to the design of media production facilities and its work and general aesthetic have since been widely emulated.

the studio bau:ton division continues to offer a comprehensive approach to the complex challenges of projects for the creation, recording, production and distribution of audio and visual media and for the live arts

Architecture and sound share many parallel and intersecting elements.  While this had been recognized for centuries, contemporary artistic, cultural, scientific and technological developments have given rise to new building types for audio and visual media.  These projects demand solutions that offer a comprehensive approach and bridge architecture, art and technology. studio bau:ton has been pre-eminently involved in drawing together these diverse disciplines, specializing in the design and construction of buildings with unique requirements for sonic and visual performance and media technology.

A multi-disciplinary outlook has always been studio bau:ton’s basis to finding integrated solutions for all aspects of its projects. Grounded in the historical foundations of design and the building sciences, the team is continuously looking for new architectural solutions to the evolving challenges of space, construction, technology, sound and vision.

In projects of every size and type, the client’s needs and budgets have consistently formed the framework for studio bau:ton’s search for the most efficient and economical solution. Applying both traditional and unconventional methods, the creative potential of programs, spaces and materials are always exploited to the fullest.

Greeniron Constructs is able to tap into the distinct advantages of the architect-led design/build process and to deliver a high-quality product on schedule and within budget.

Taking on the role of a project and construction manager and working with its close design affiliates, Greeniron Constructs is able to tap into the distinct advantages of the architect-led design/build process and to deliver a high-quality product on schedule and within budget.

The decision to engage GCI as the design/build contractor can be made at the beginning of a project or it can happen at a later point throughout the design process of any nonzero\architecture and studio bau:ton project.

GCI will always assemble the most qualified and economically feasible team for any given project. Close collaborations with only the best building contractors, systems designers and installers ensure a highly professional approach and reduce the owner’s risk and exposure.

By limiting itself solely to projects designed by its partners, Greeniron Constructs can offer the highest level of quality control and closest adherence to the original design intent.

Greeniron Constructs, Inc., CSLB # B942902, is a licensed General Contractor in the State of California. 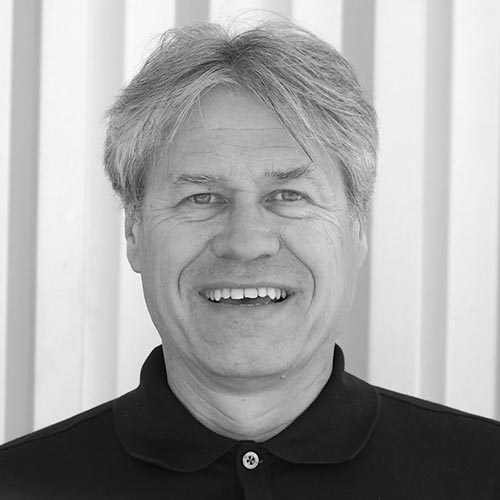 As the design and managing principal of studio bau:ton and nonzero\architecture, Peter Grueneisen has been involved with hundreds of projects of different types and sizes since 1990.  With these firms he has completed music, film and other media facilities in the USA and abroad, besides commercial, educational and residential work. Several of these projects have received AIA awards, TEC-awards and other honors, and have been published in the professional and architectural press.

Peter’s international experience as an architect, project manager and construction manager provides a solid foundation for these activities.

Peter’s work with nonzero\architecture focuses on new explorations in architecture and on the generation of form and sustainability in the contemporary context. With studio bau:ton he continues to be concerned with the integration of architecture and technology, and with finding solutions to complex multi-disciplinary problems. With Greeniron Constructs, Peter is venturing into the architect-led design/build process, exploring the many advantages of that approach while attempting to recapture the role of the master builders of the past.

Peter Grueneisen has served on the design awards committee of the Los Angeles AIA chapter and has lectured and taught and served as guest critic at SCI-Arc, USC, UCLA, Full Sail College, The LA Forum for Architecture and Urban design and at the 2003 AIA National Convention, among others.

Peter received his Masters of Architecture degree from the Southern California Institute of Architecture in Santa Monica in 1990 and a BS in Architectural Engineering in Switzerland in 1983. Peter has studied under Wolfgang D. Prix, Craig Hodgetts, Eric Owen Moss, Aaron Betsky and others.

Peter has written and compiled ‘Soundspace – Architecture for Sound and Vision’, a book illustrating many projects completed in the past, as well as a thematic overview of the field, incorporating architecture, art and technology.

Peter has been elevated to Fellow of the American Institute of Architects in 2009.

He holds an architectural license in California and several other States and is registered with the National Council of Architectural Registration Boards.

He is also a licensed General Contractor in California.

He is a Member of the Audio Engineering Society AES and The Recording Academy. 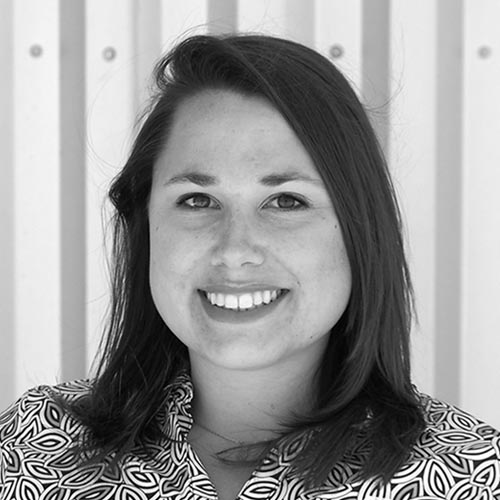 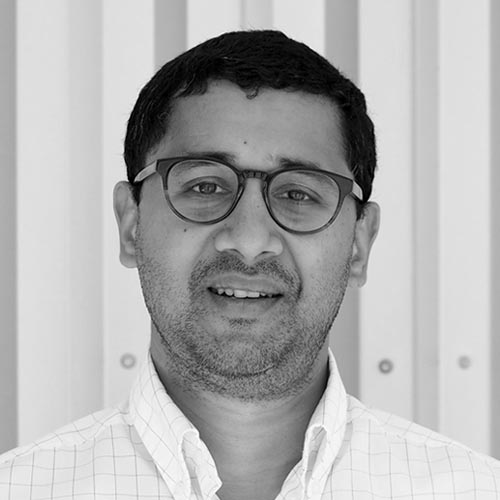 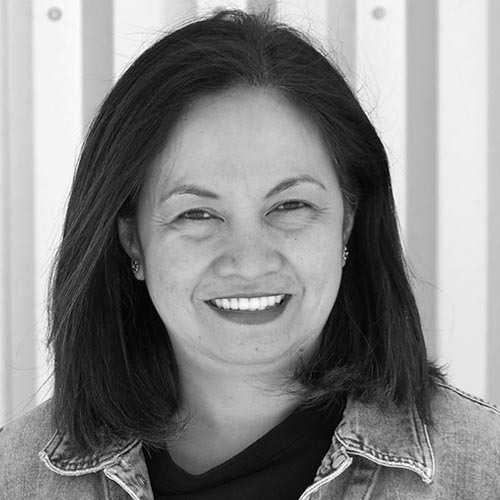 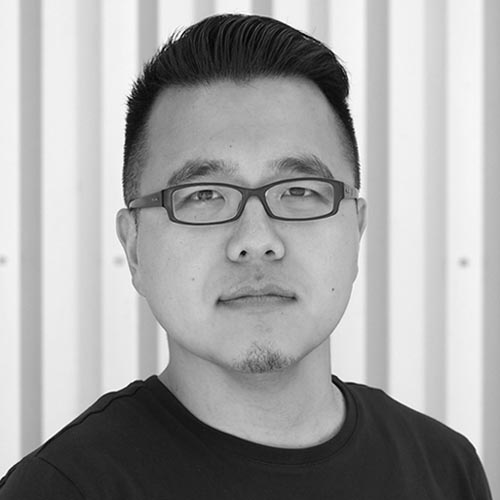 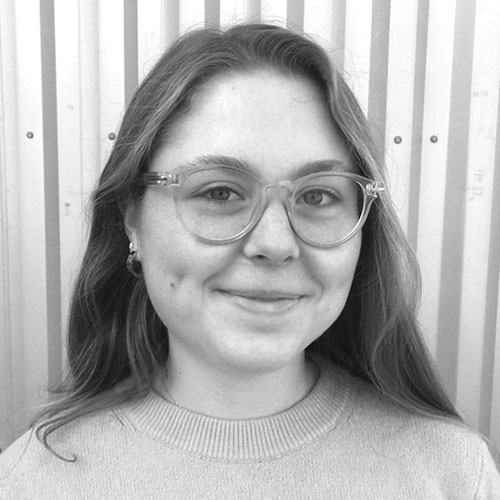 studio: artist‘s or worker’s workroom, or an artist and his or her employees who work within that studio. This can be for the purpose of architecture, painting, pottery (ceramics), sculpture, scrapbooking, photography, graphic design, cinematography, animation, radio or television broadcasting or the making of music. (from Wikipedia)

Not entirely by coincidence, the name bau:ton is also reminiscent of Bauhaus, the revolutionary and influential early 20th Century design movement and school that promoted a comprehensive approach to design, art and craft.