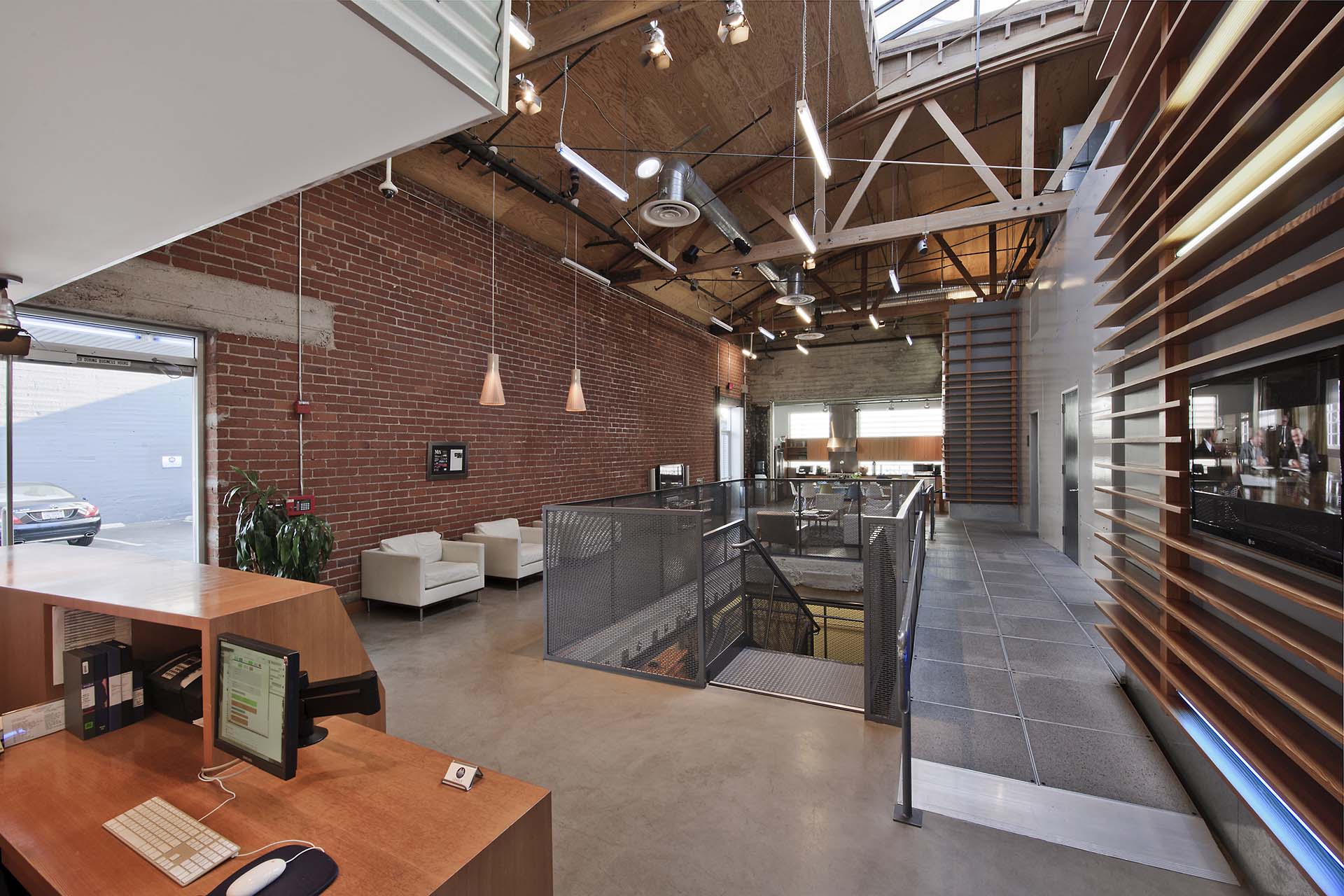 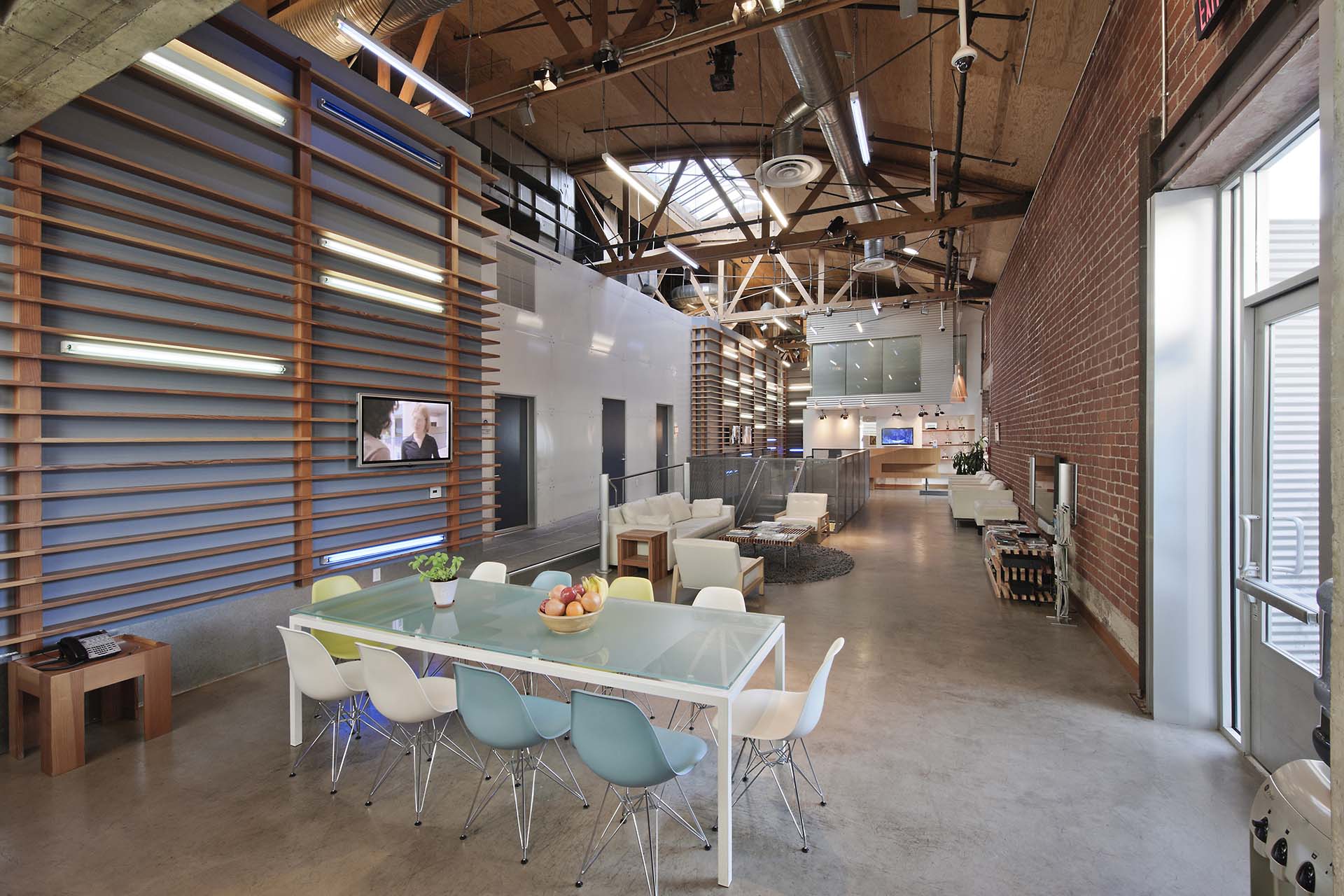 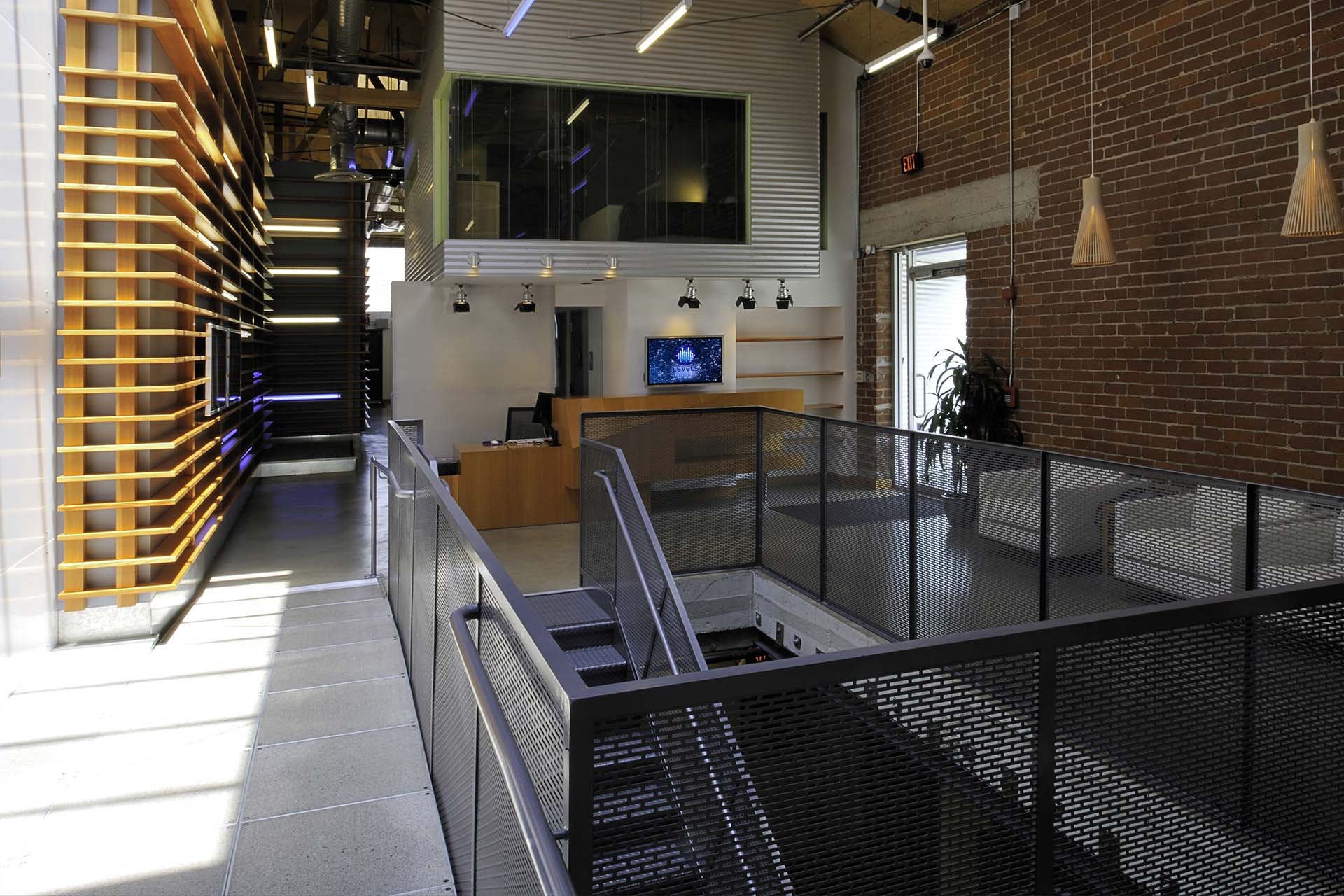 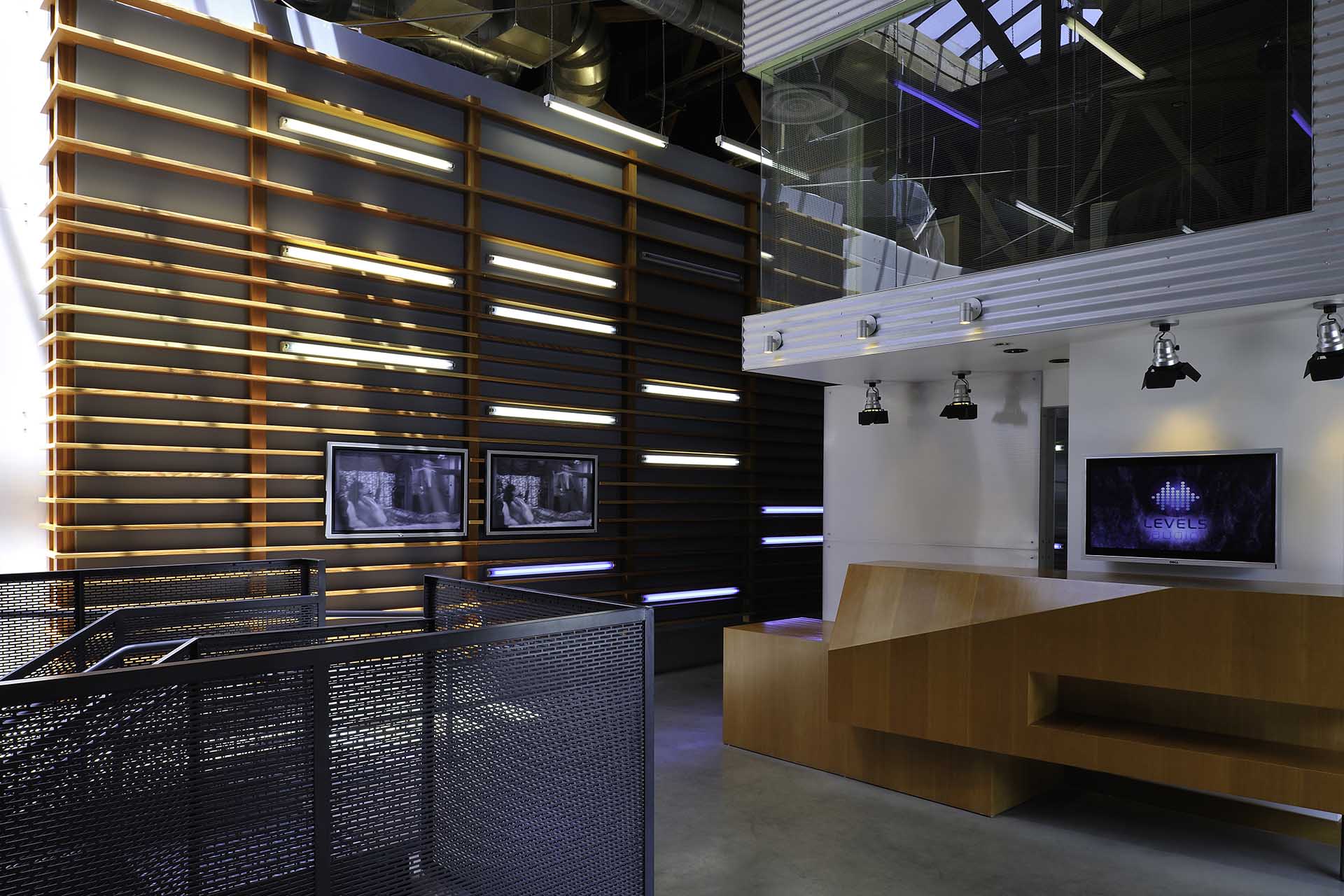 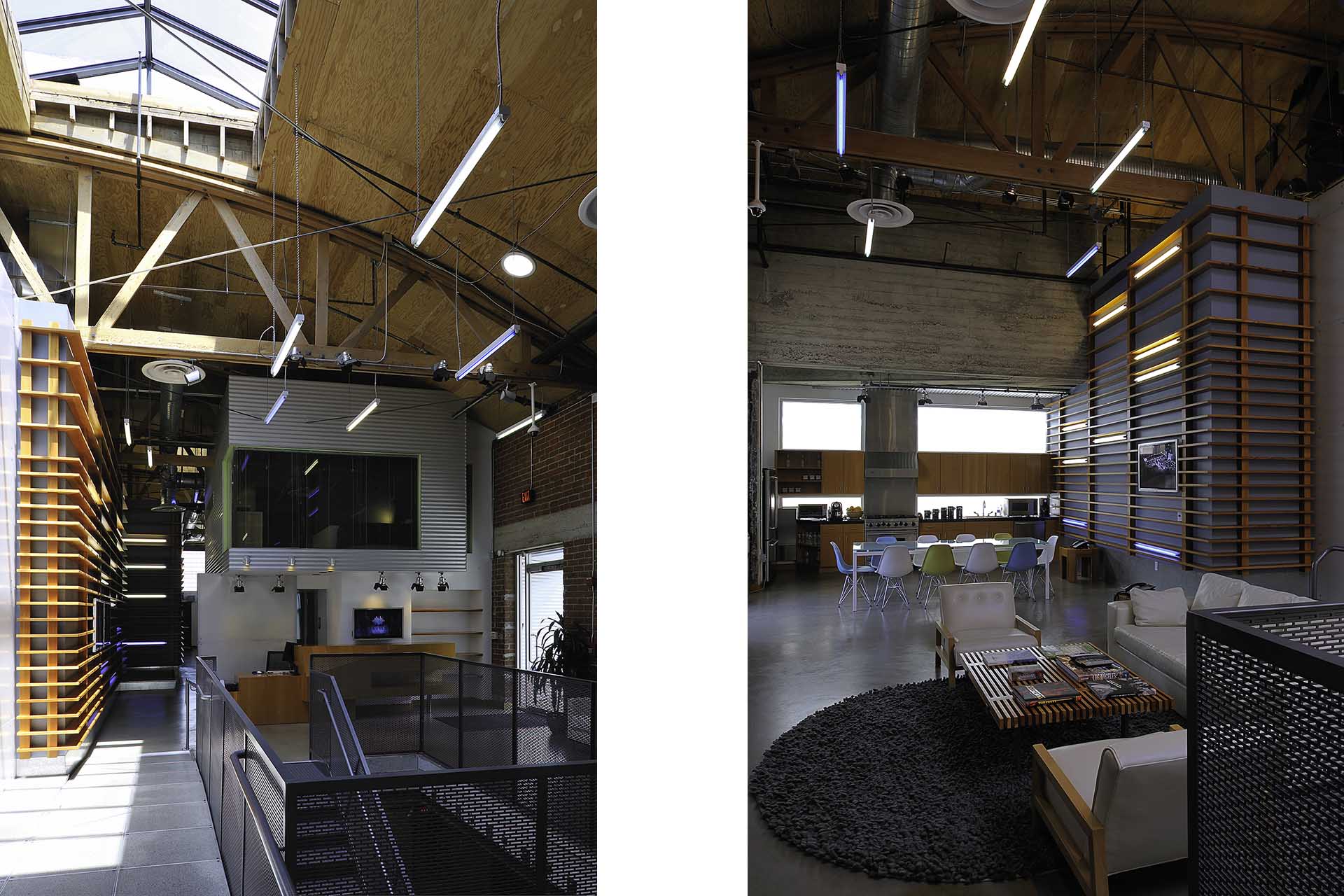 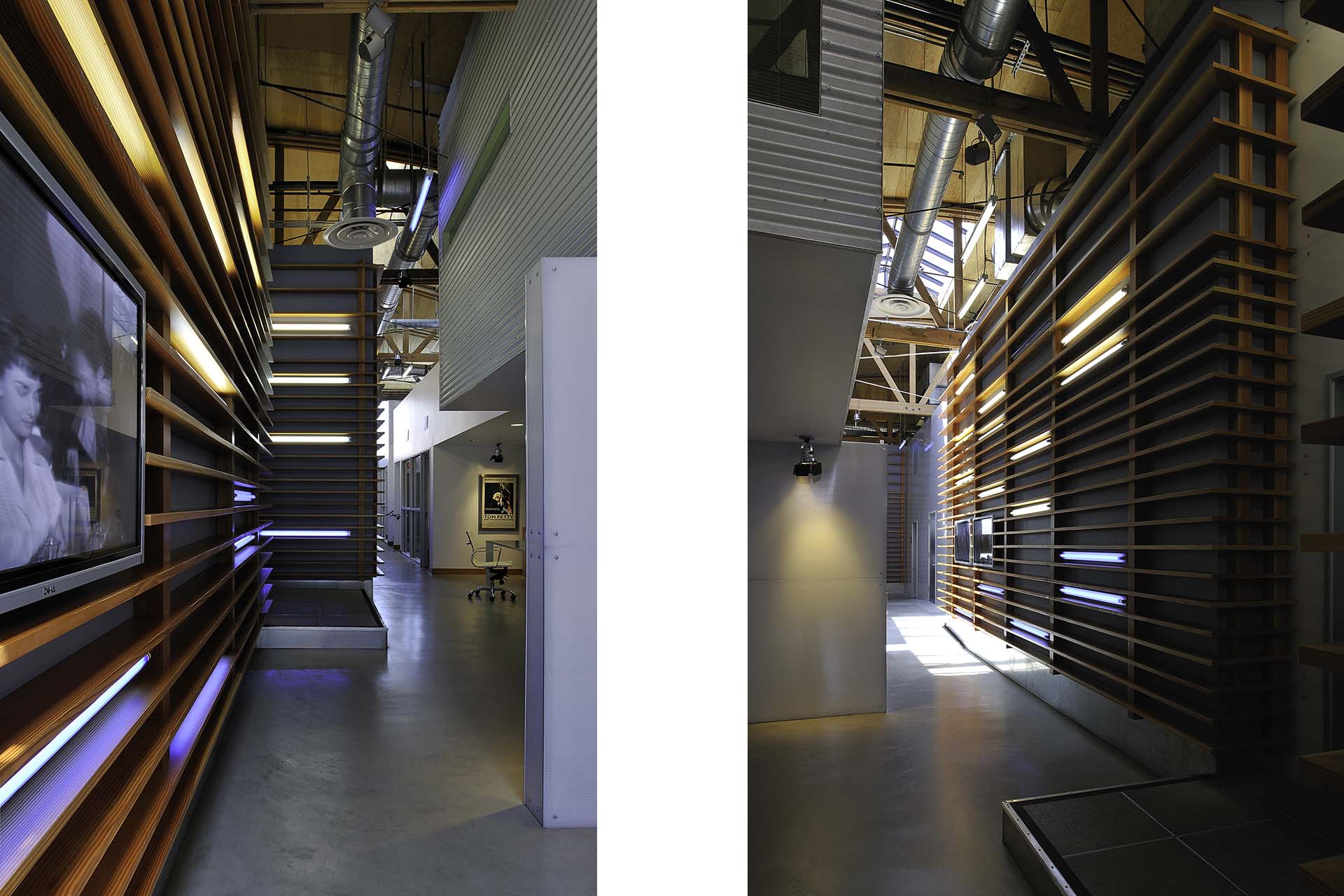 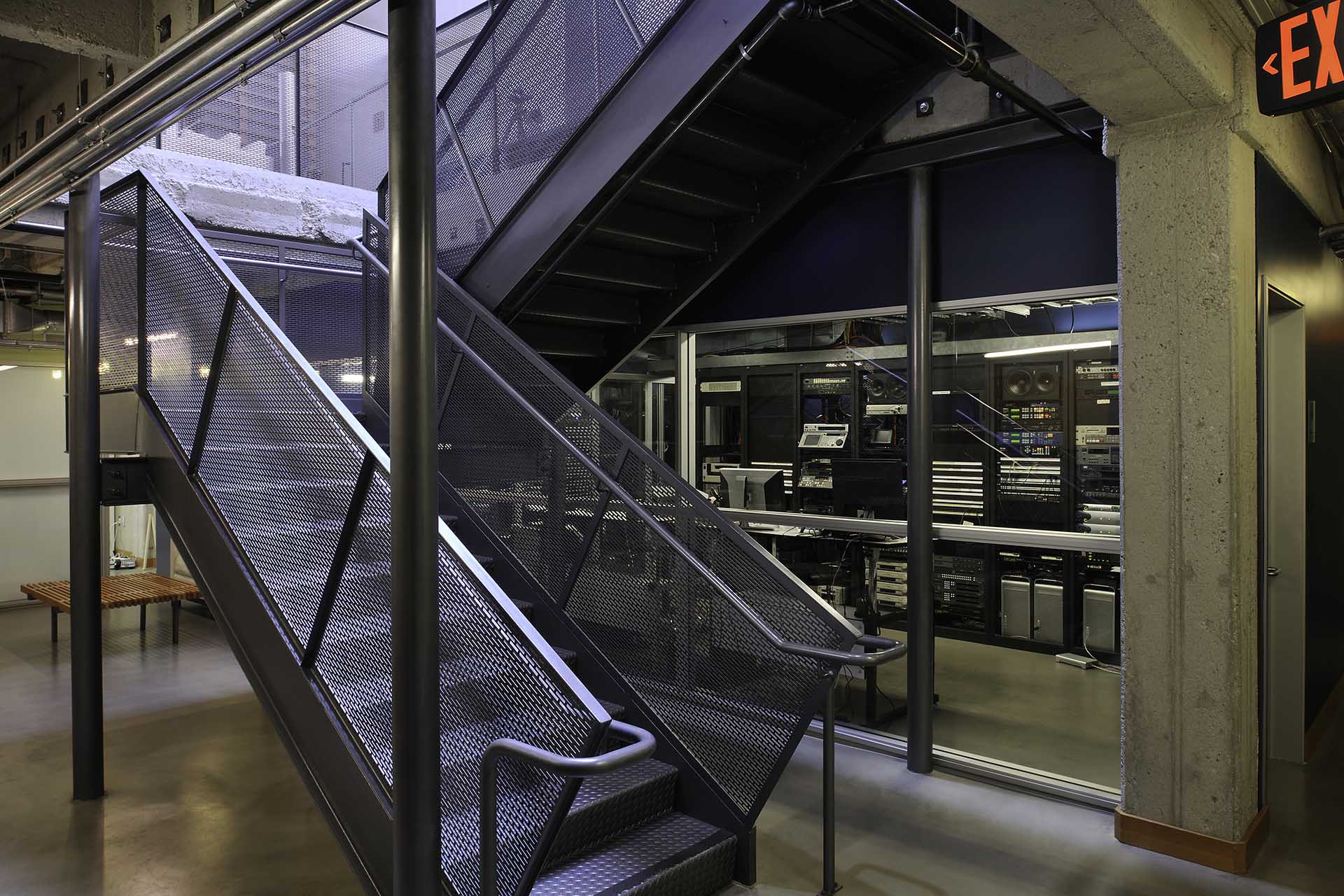 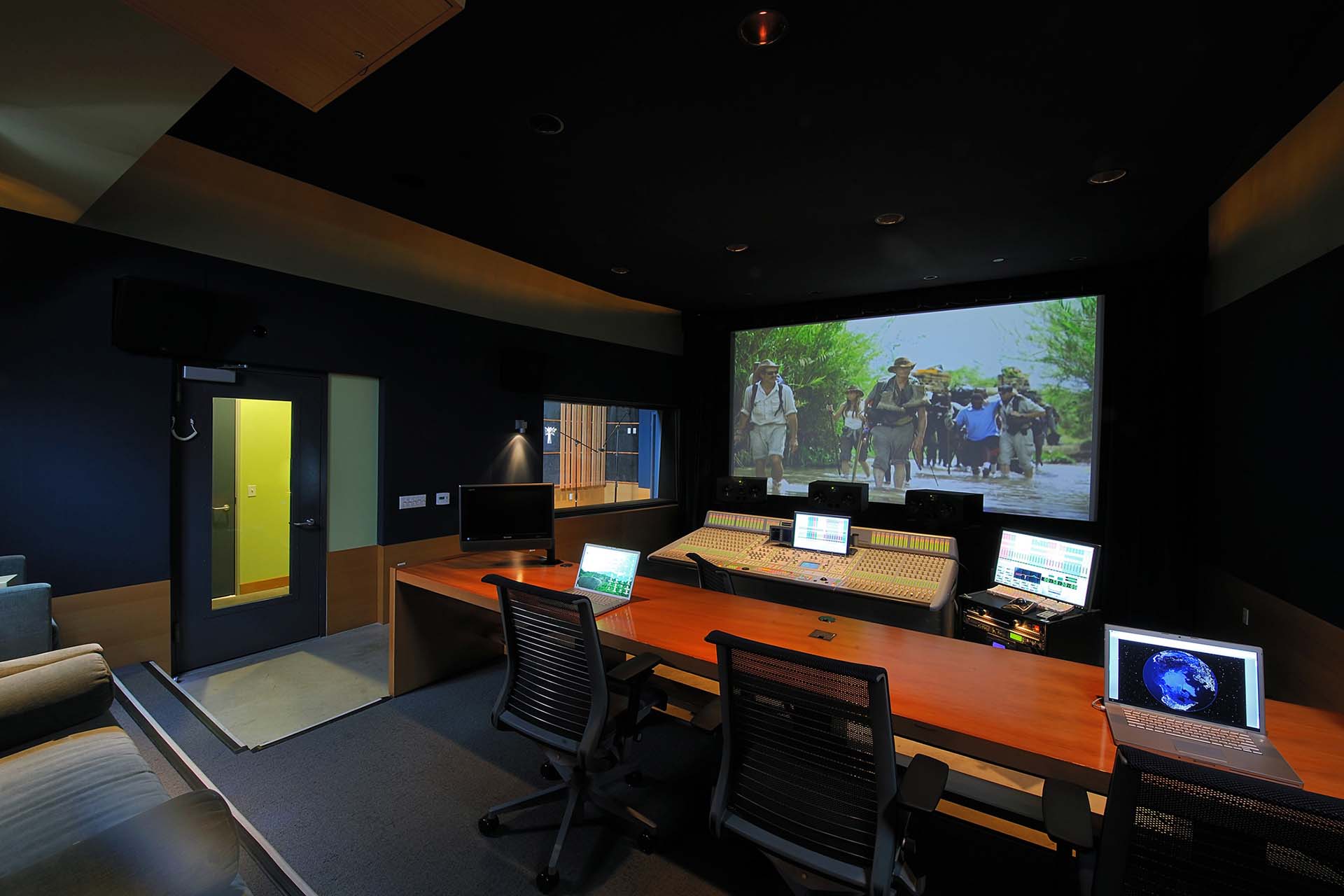 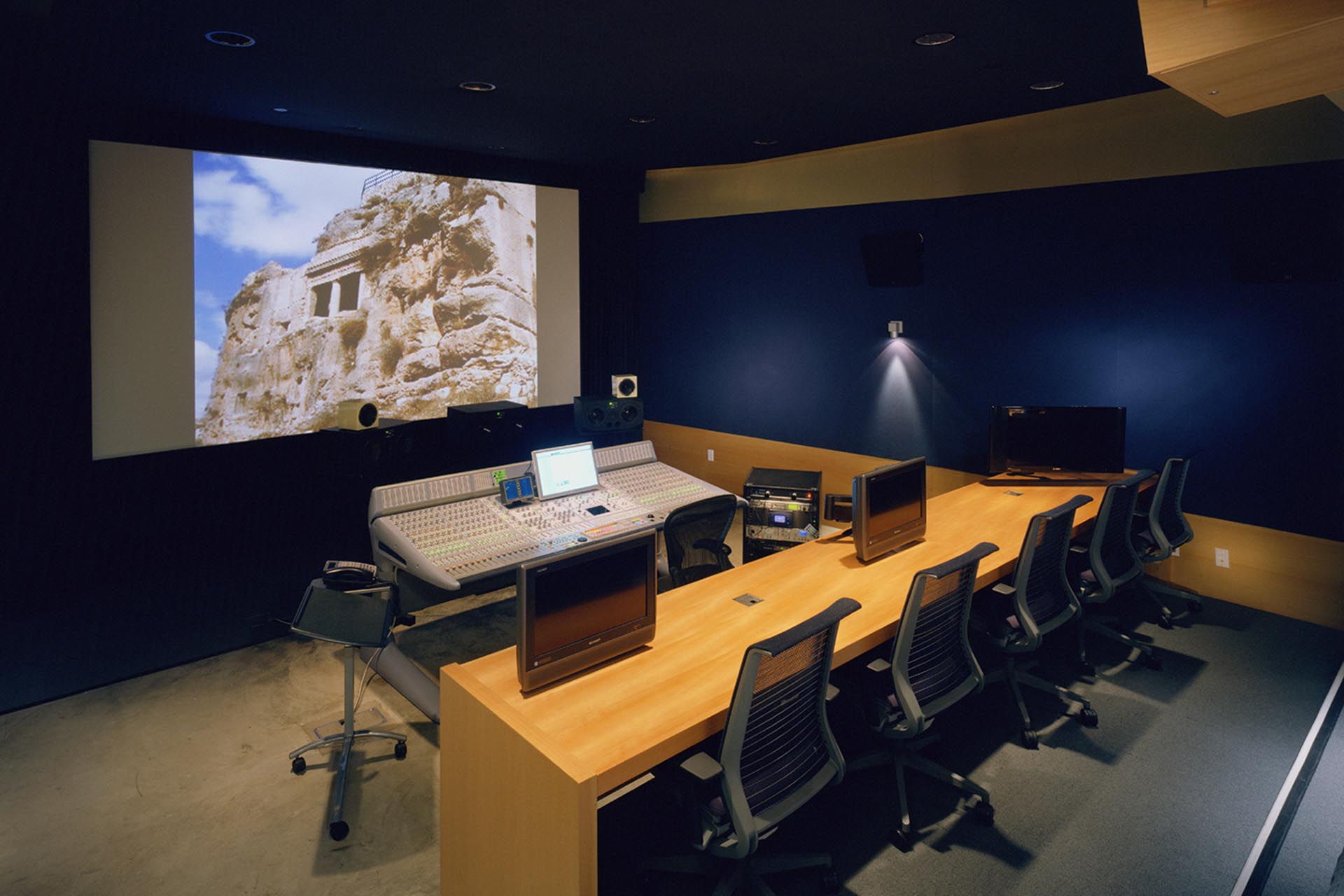 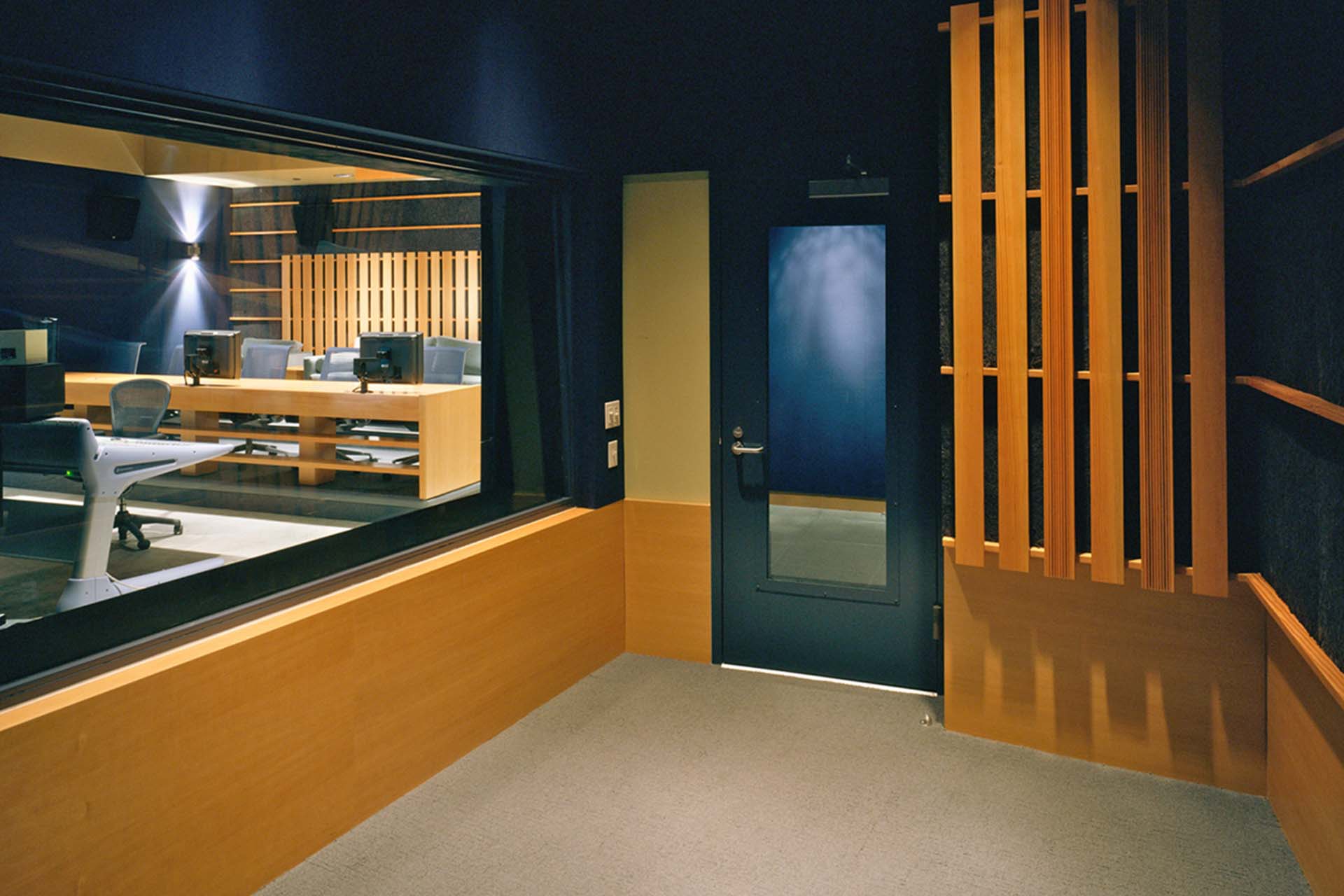 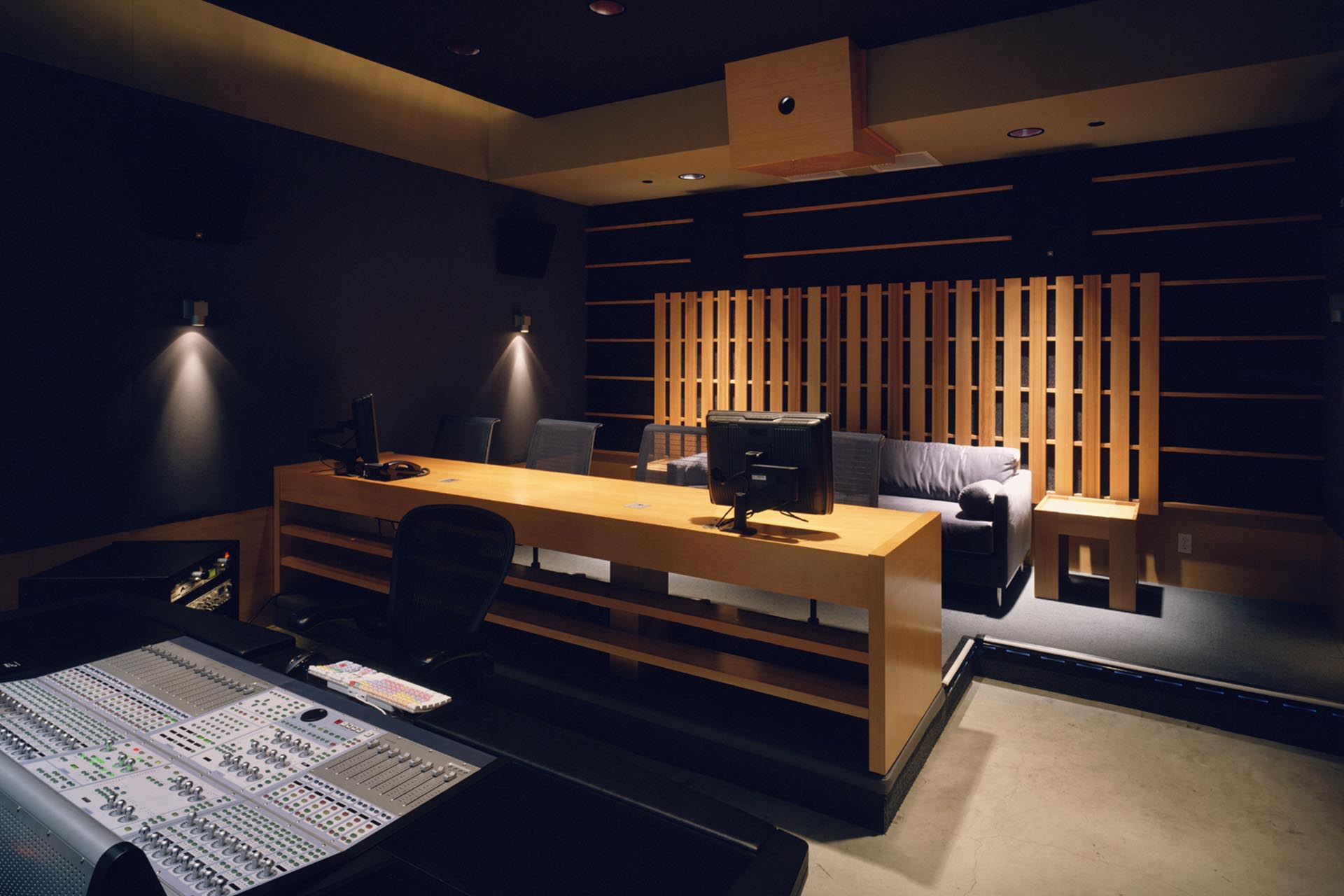 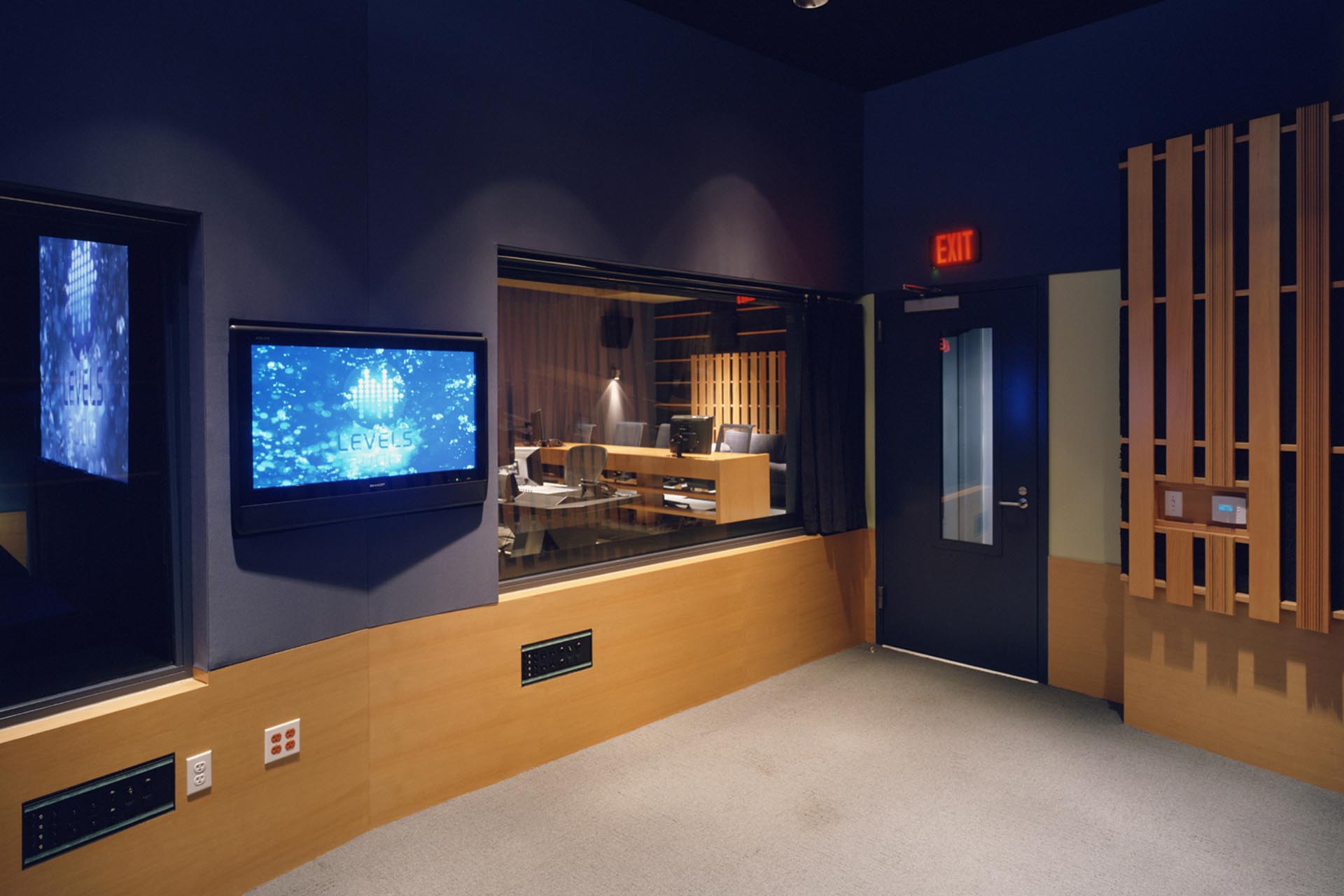 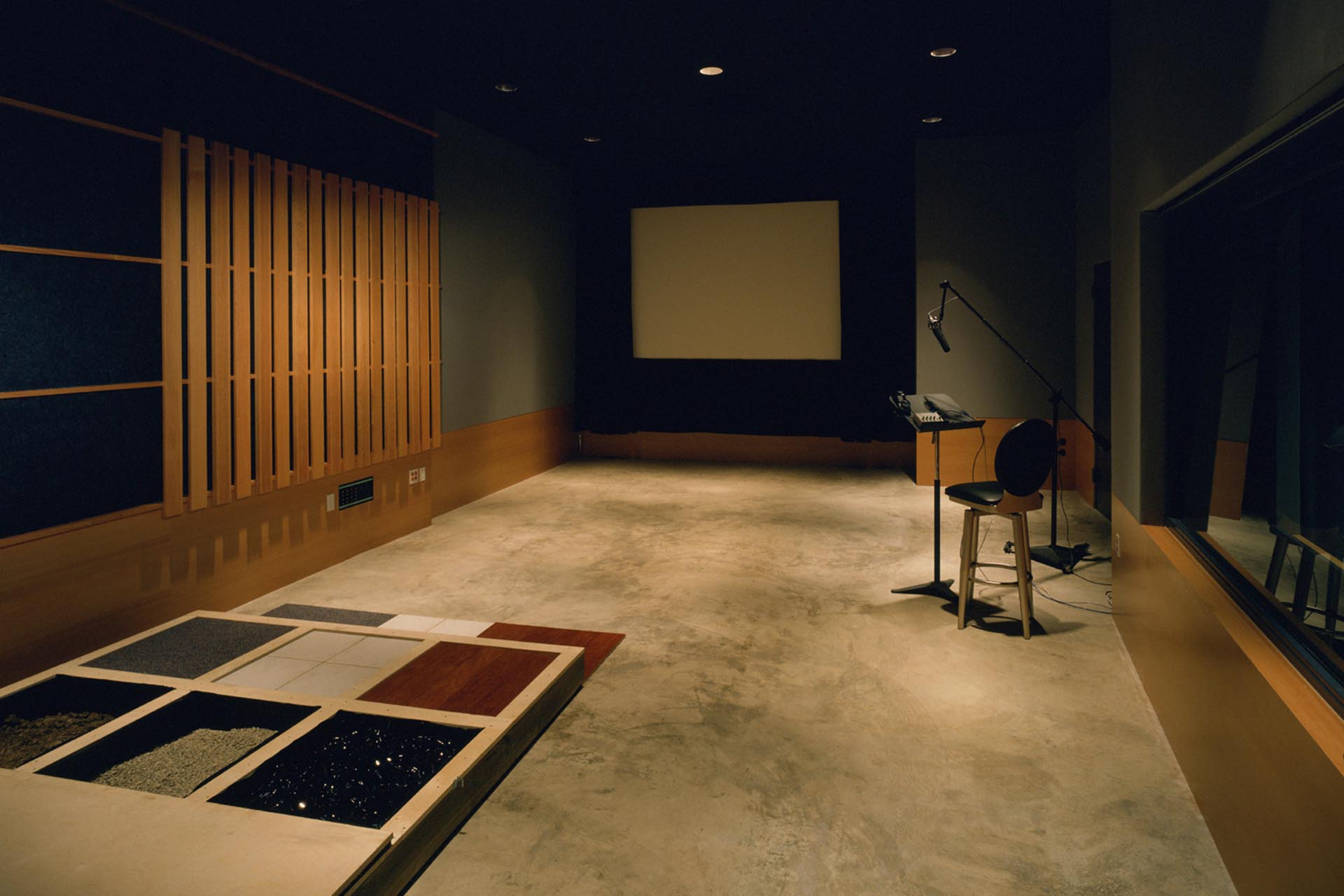 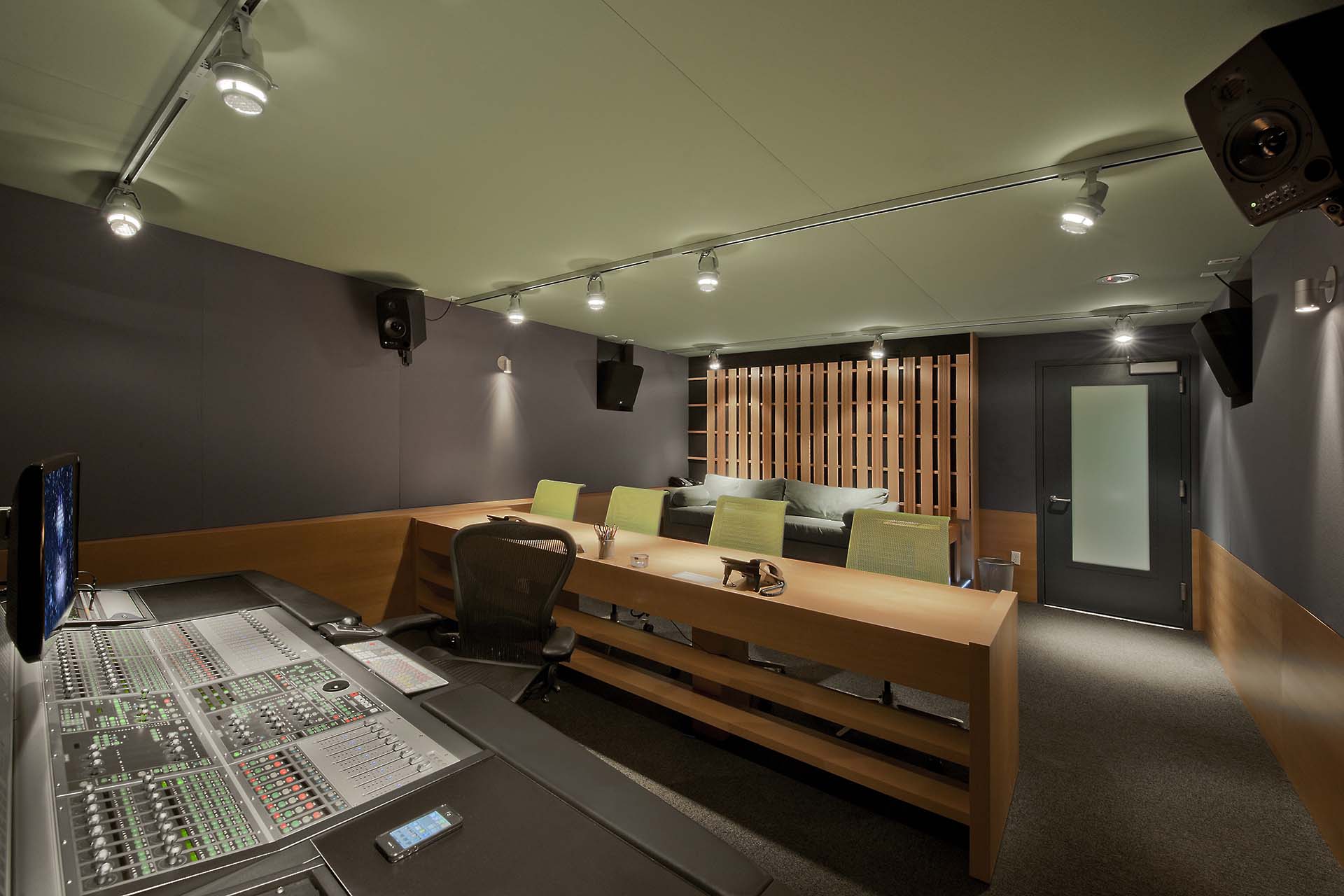 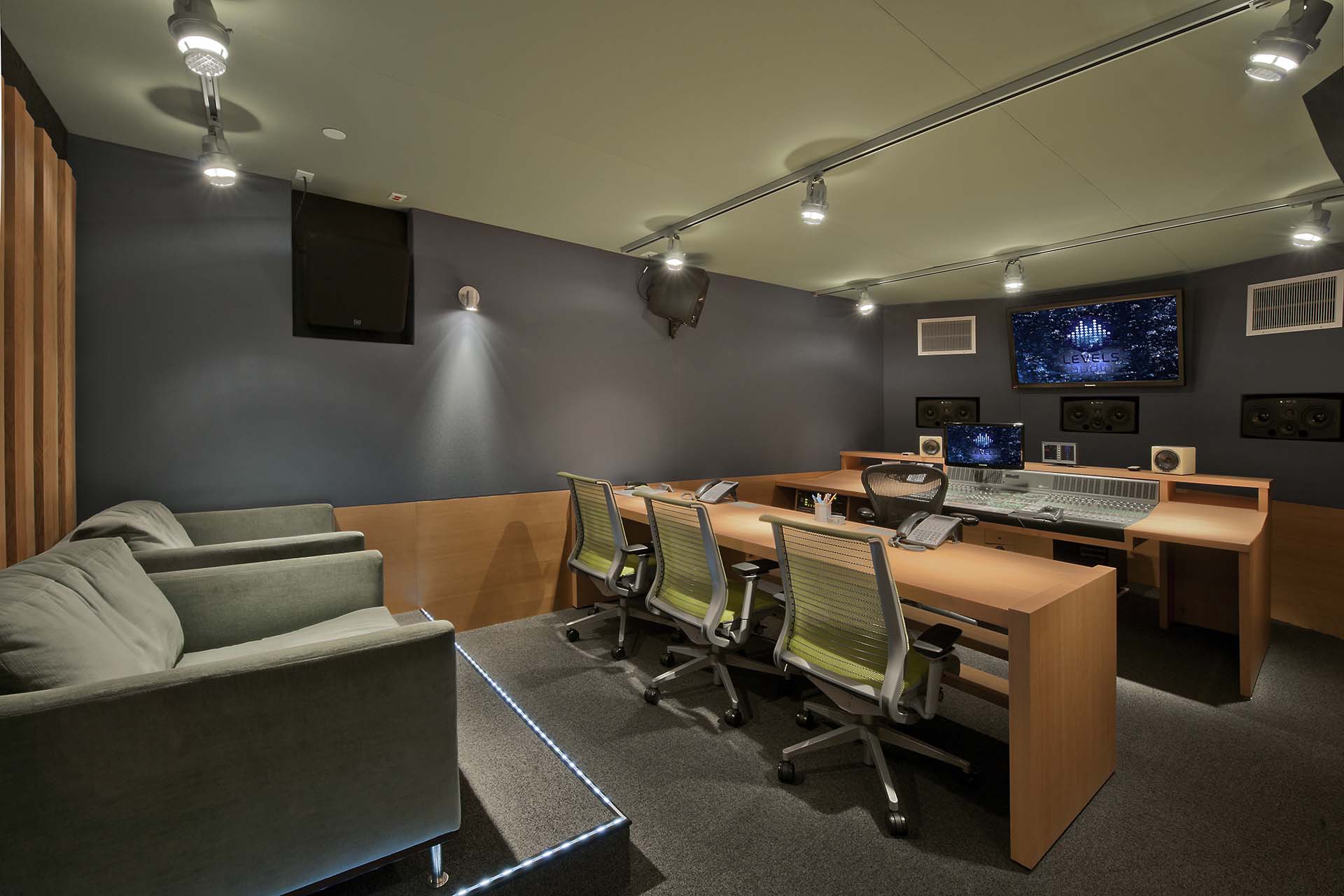 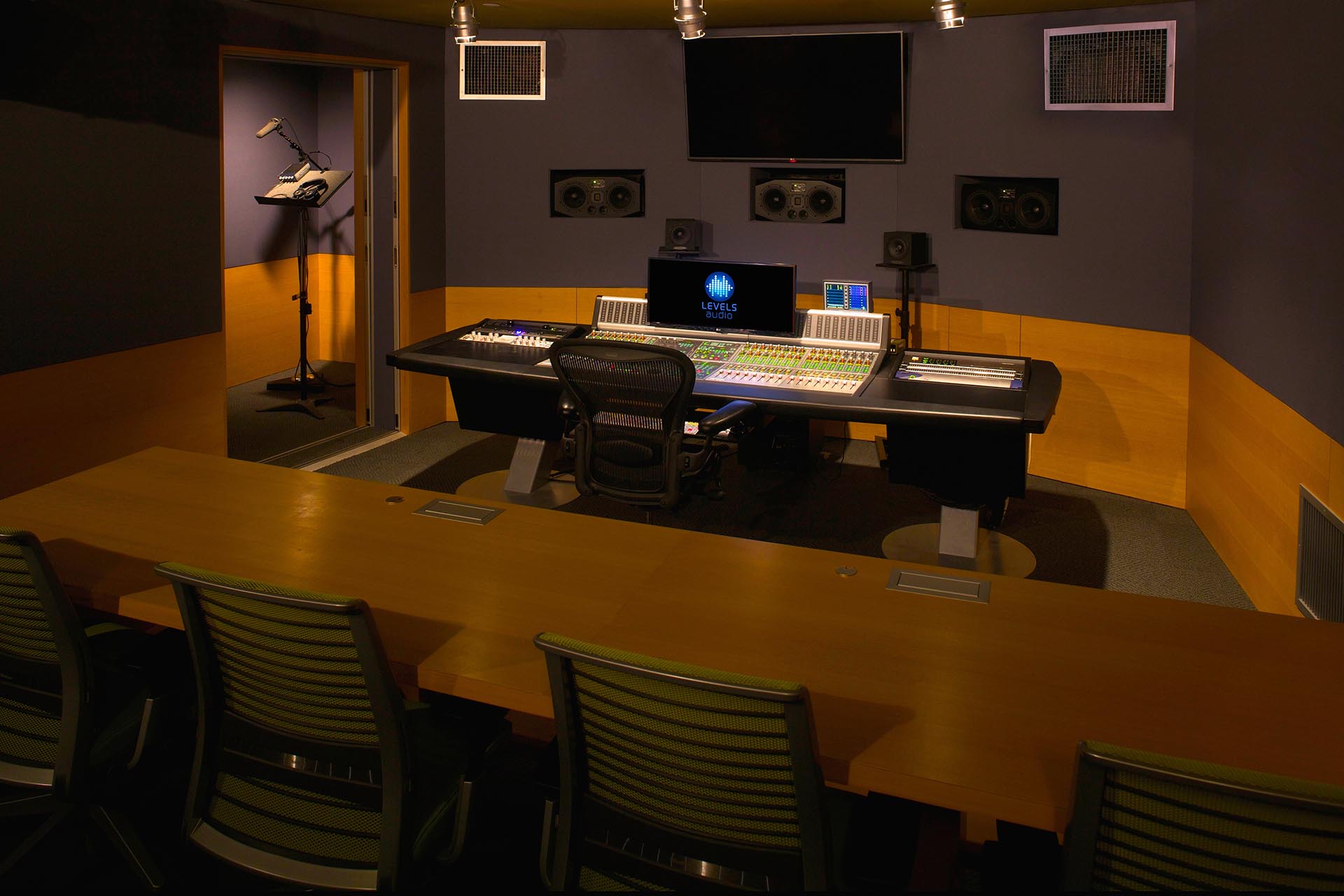 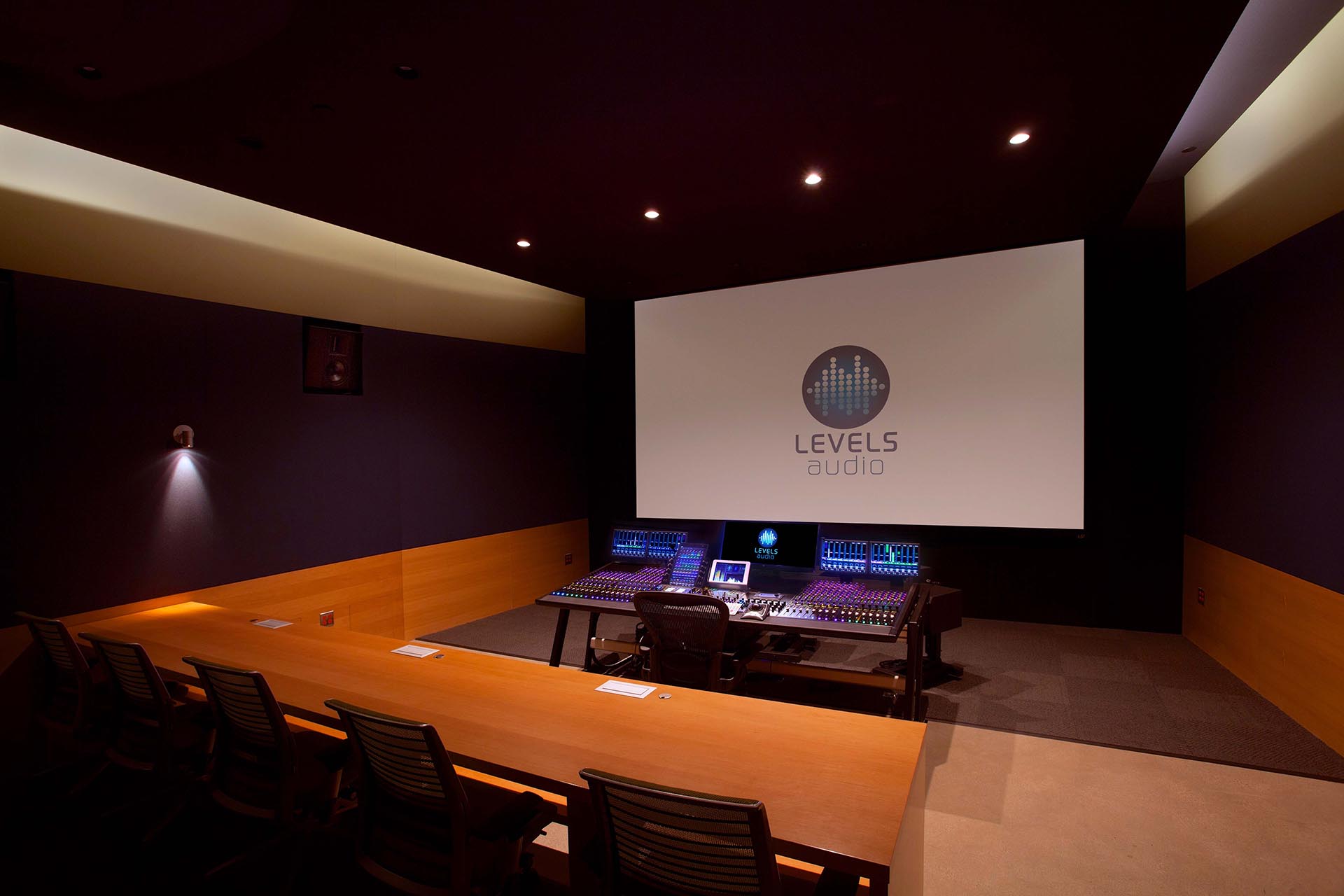 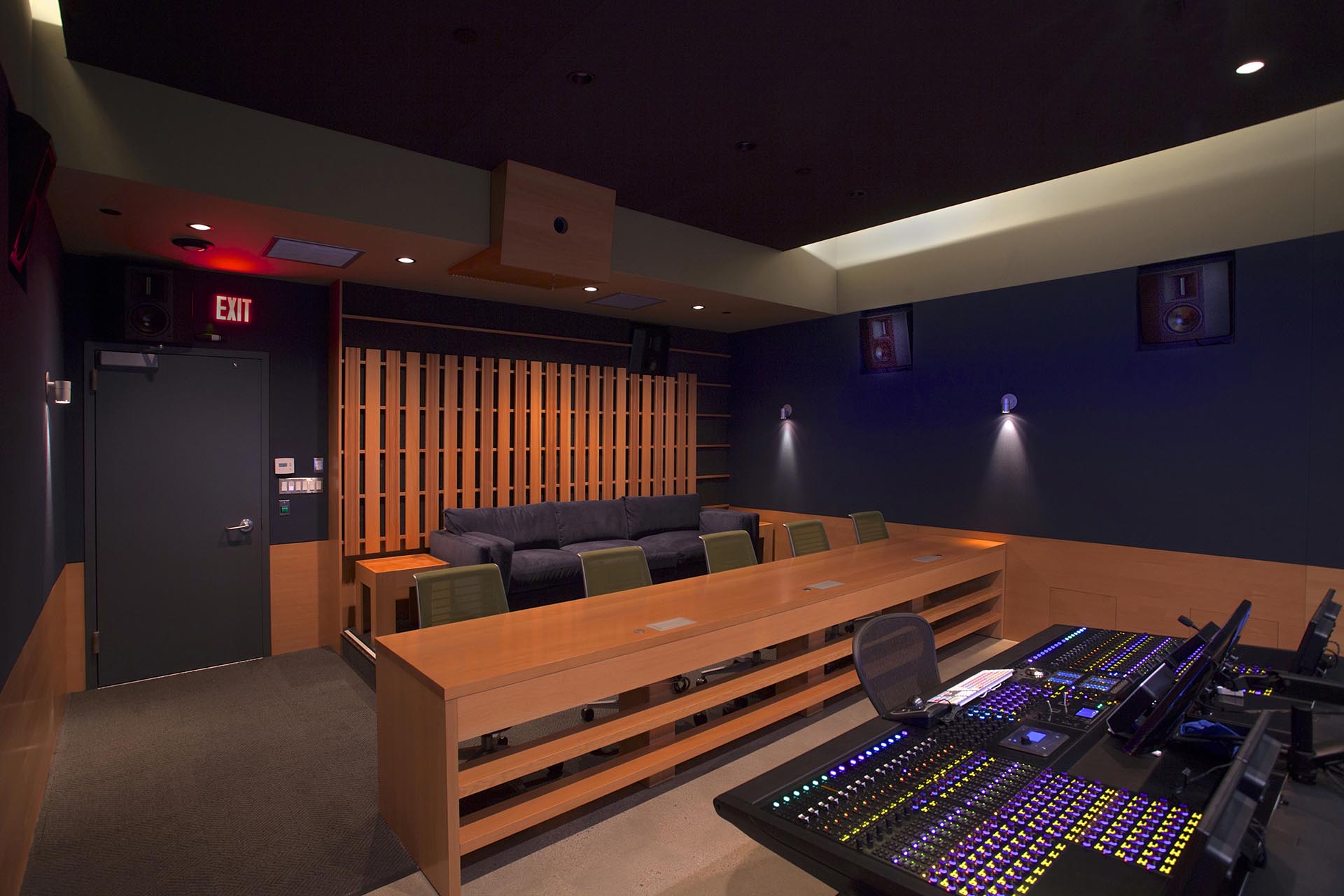 Levels Audio, a 14,000 sf production facility for television, movies and multimedia sound, is located on busy Highland Boulevard in Hollywood. The move from a smaller scale Art Deco building to the raw shell of a former film equipment rental store with its tall roof and long bow-truss spans presented an opportunity to build state-of-the-art studios, as well as generous, yet intimate lounges for client and staff interaction.

In 2017 another two suites were added, including the new flagship room, Audio 9, which boasts a Dolby Atmos sound system with Alcons speakers. The new Audio 8 is a mix room and vocal booth combination, bringing the total number of mix and editing spaces to nine. Two additional audio suites had already been added in 2010.

The design concept is based on utilizing the large open space to the fullest extent and to maintain the character of the old industrial shell by keeping it exposed where possible. For economic and sustainability reasons, as little as possible of the envelope was changed, and the insertion of the various elements was kept sympathetic to the remaining parts.

The ground floor is organized with a dense row of four studio suites along the northern wall, leaving the south side free for open space and access to the open space of the adjacent parking lot. A metal-clad resting lounge is suspended above the reception, overlooking the open volume. The basement houses smaller studios, affiliated video editing and special effects companies and a central machine room. The insertion of a large new central staircase allows daylight to reach the lower level lounge and connect it to the main floor.

The light-filled space of the main lounge, with its skylights, brick and concrete walls, wood slats and concrete floors, offers a relaxing contrast to the concentrated and intense atmosphere inside the studios. Inspired by the owner’s connection with a lumber company, the recurring theme of the space and the exterior of the building is a system of horizontal cedar slats, complemented by fluorescent light tubes.

Arranged in shades of blue and white, the recurring horizontal lights relate to the traffic flow on Highland Avenue but are also faintly reminiscent of sound level meters, the image behind the company name. Inside, the lights alternate with video screens, and continue suspended below the open roof, framing an abstract rectangular volume within the building shell.