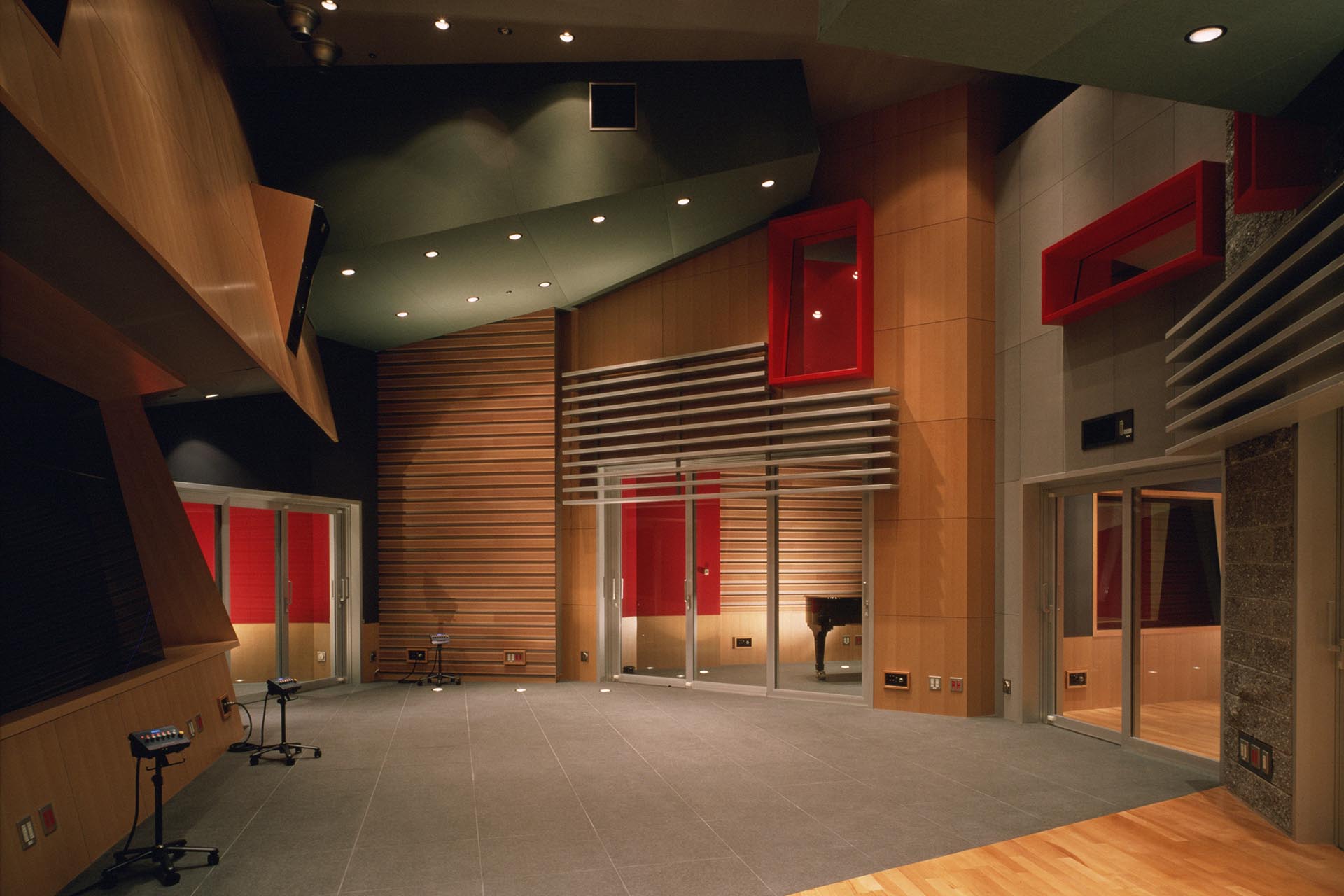 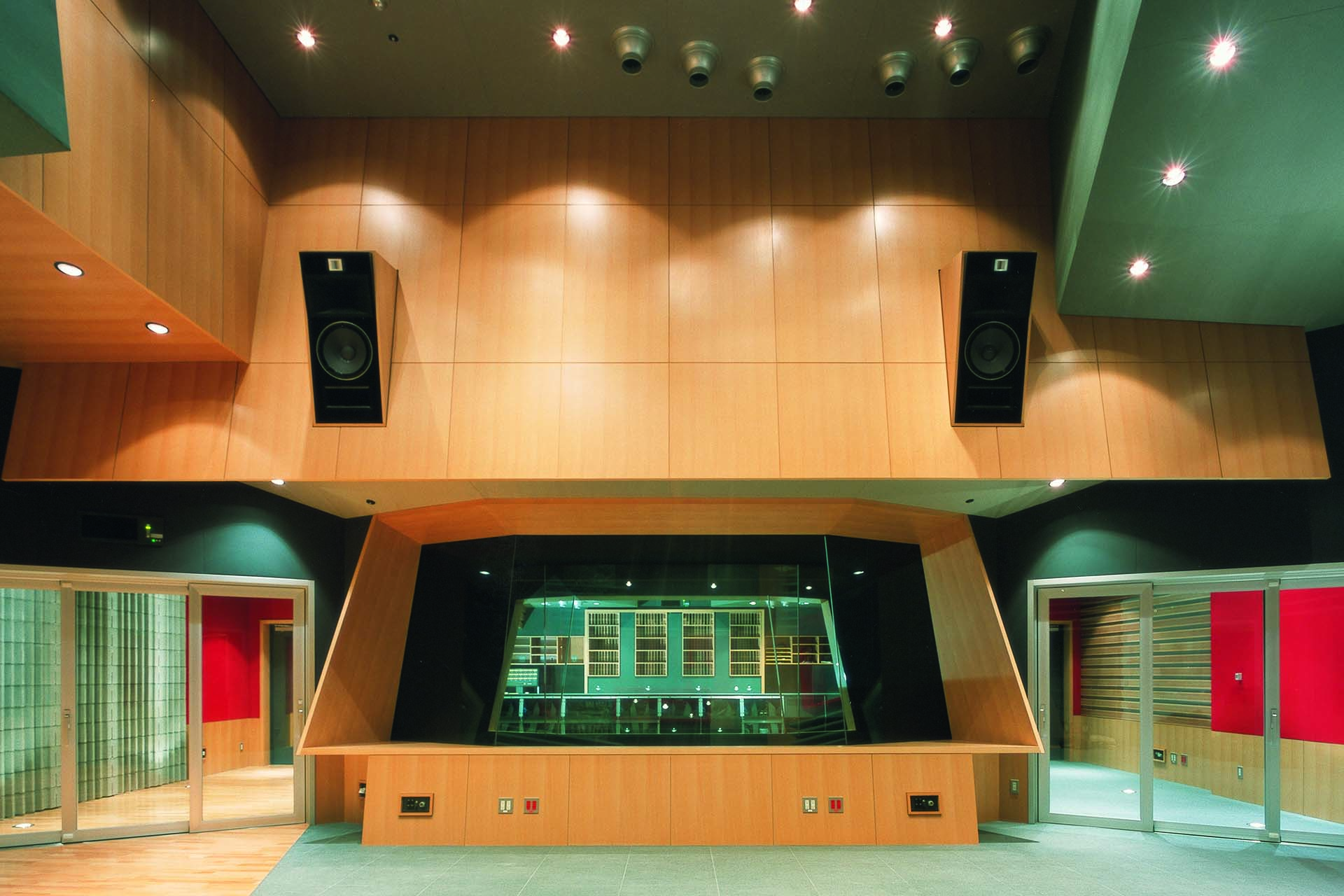 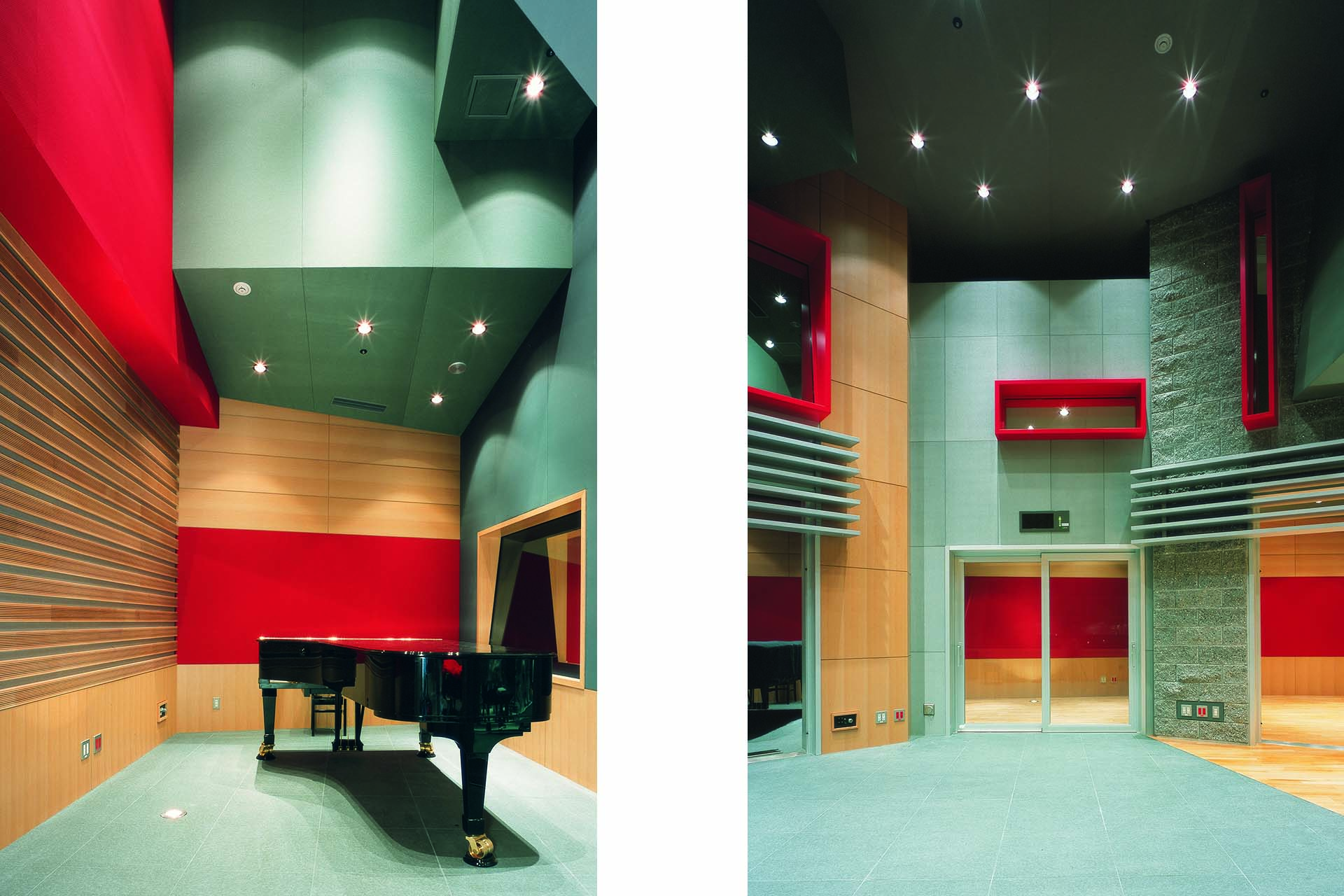 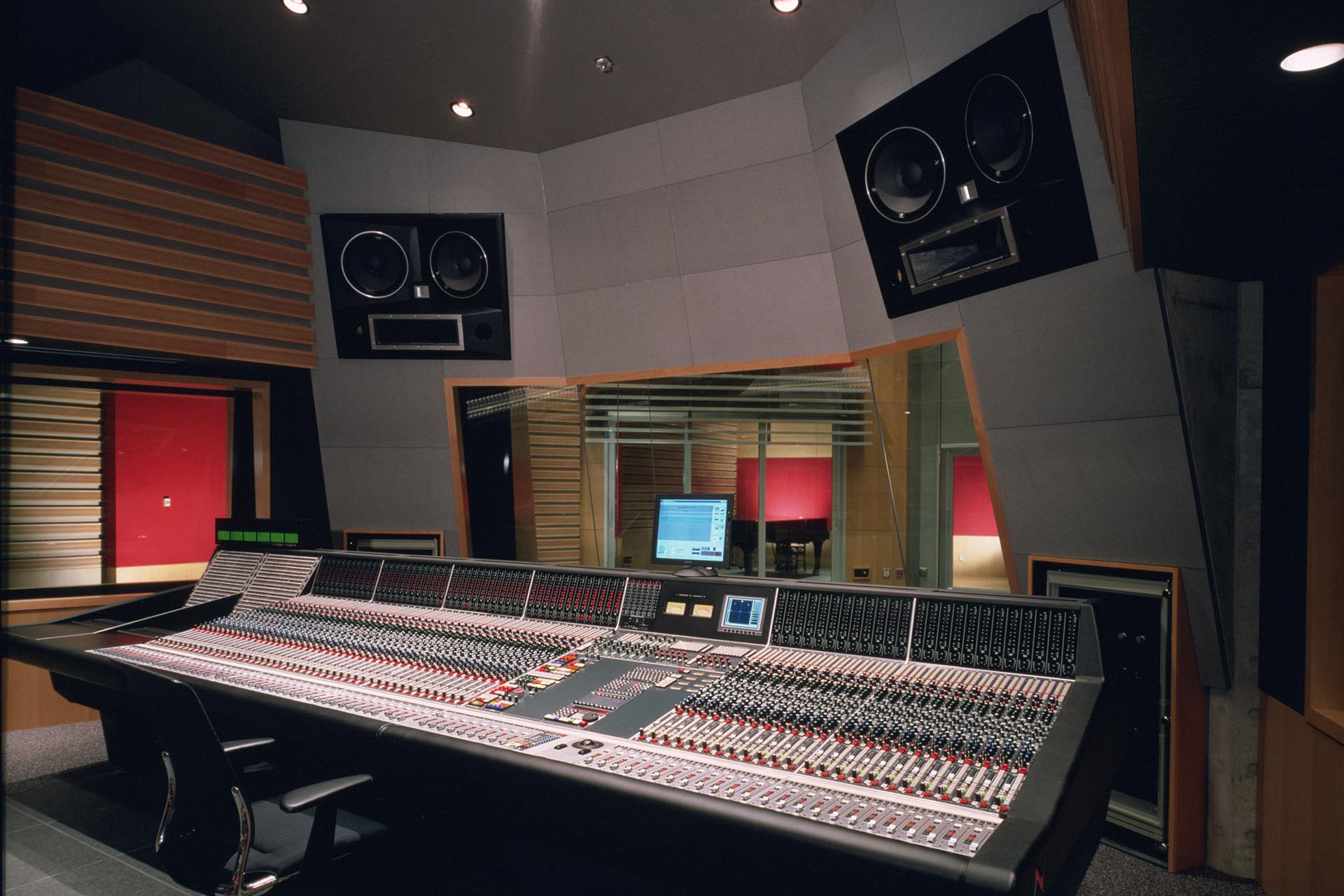 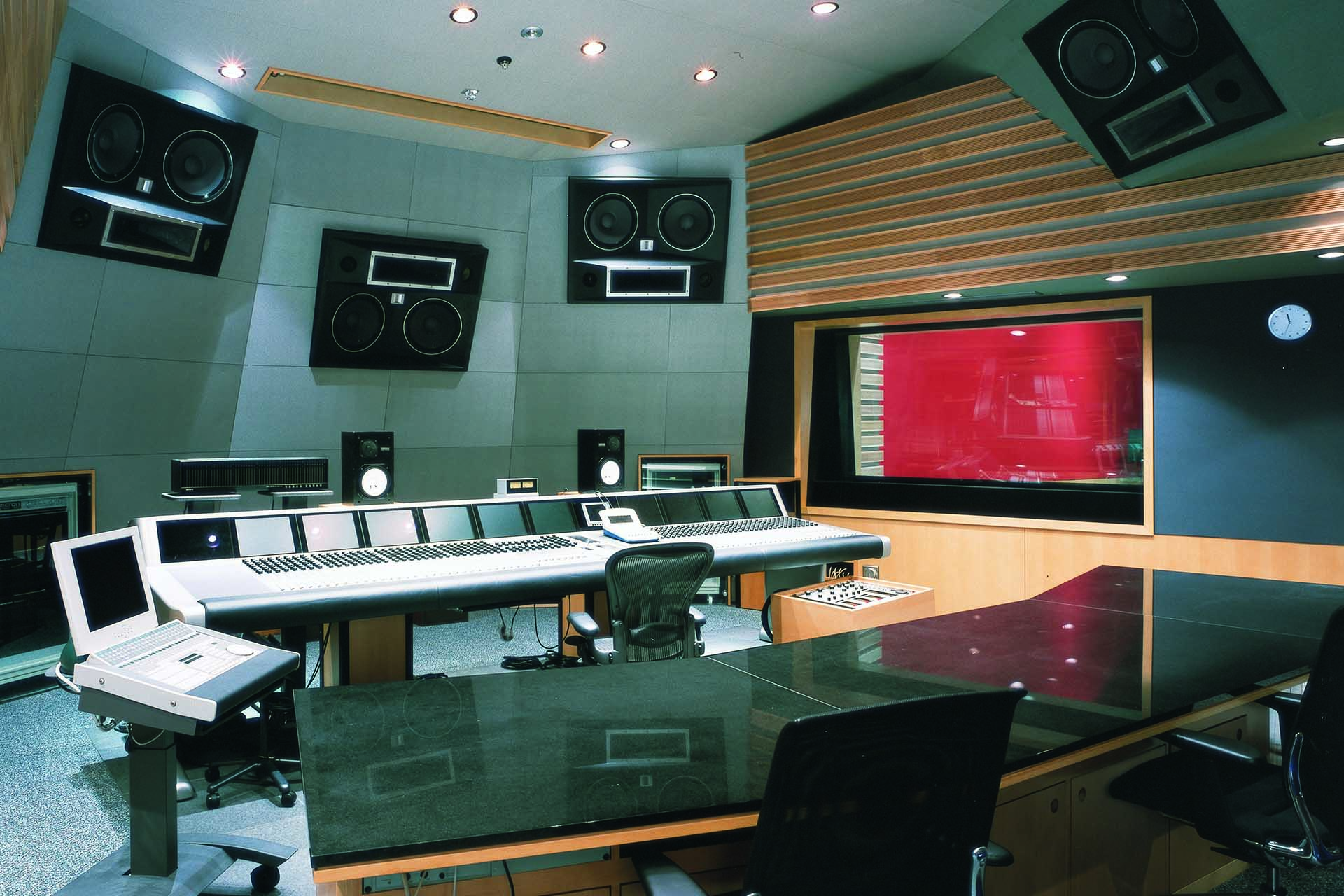 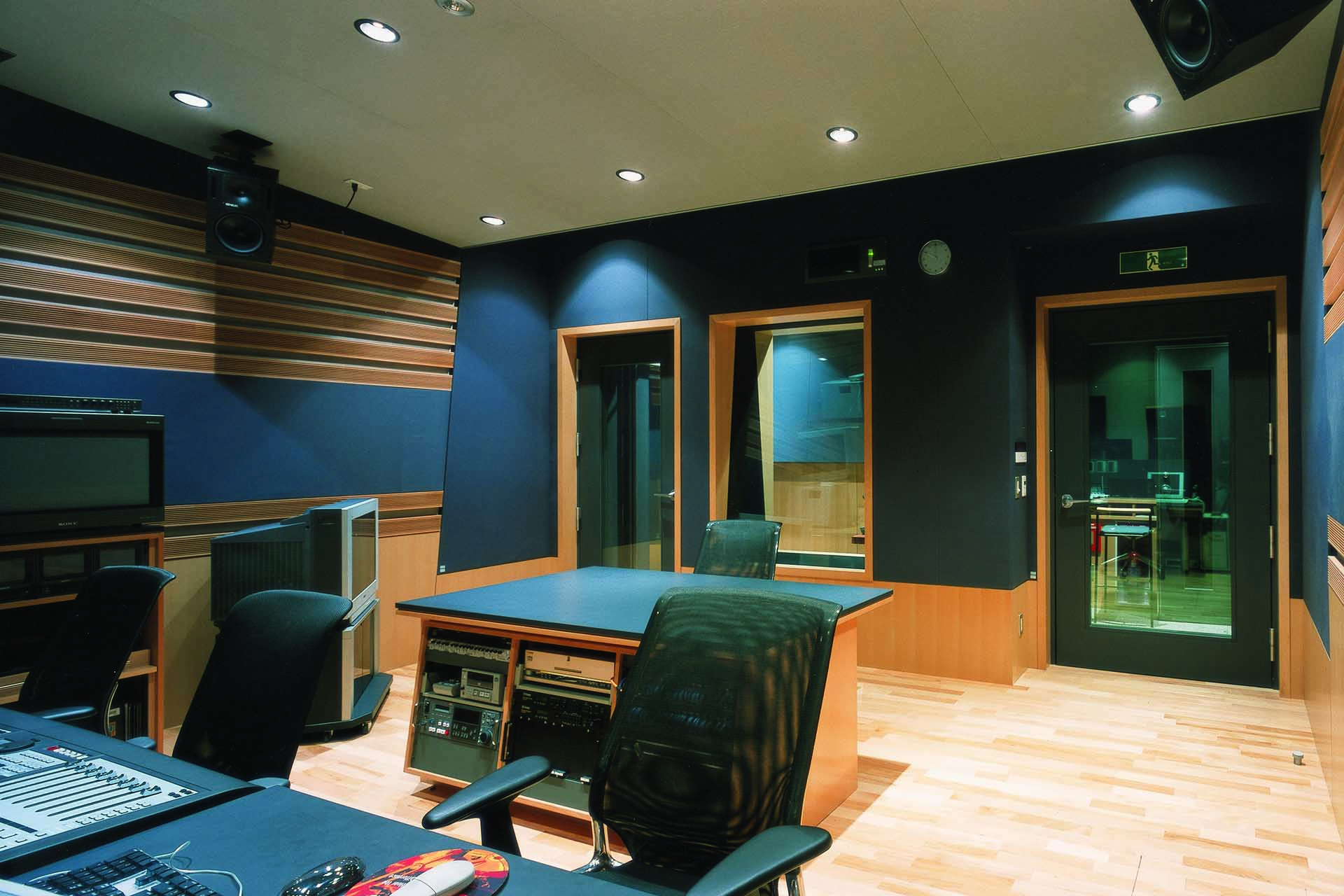 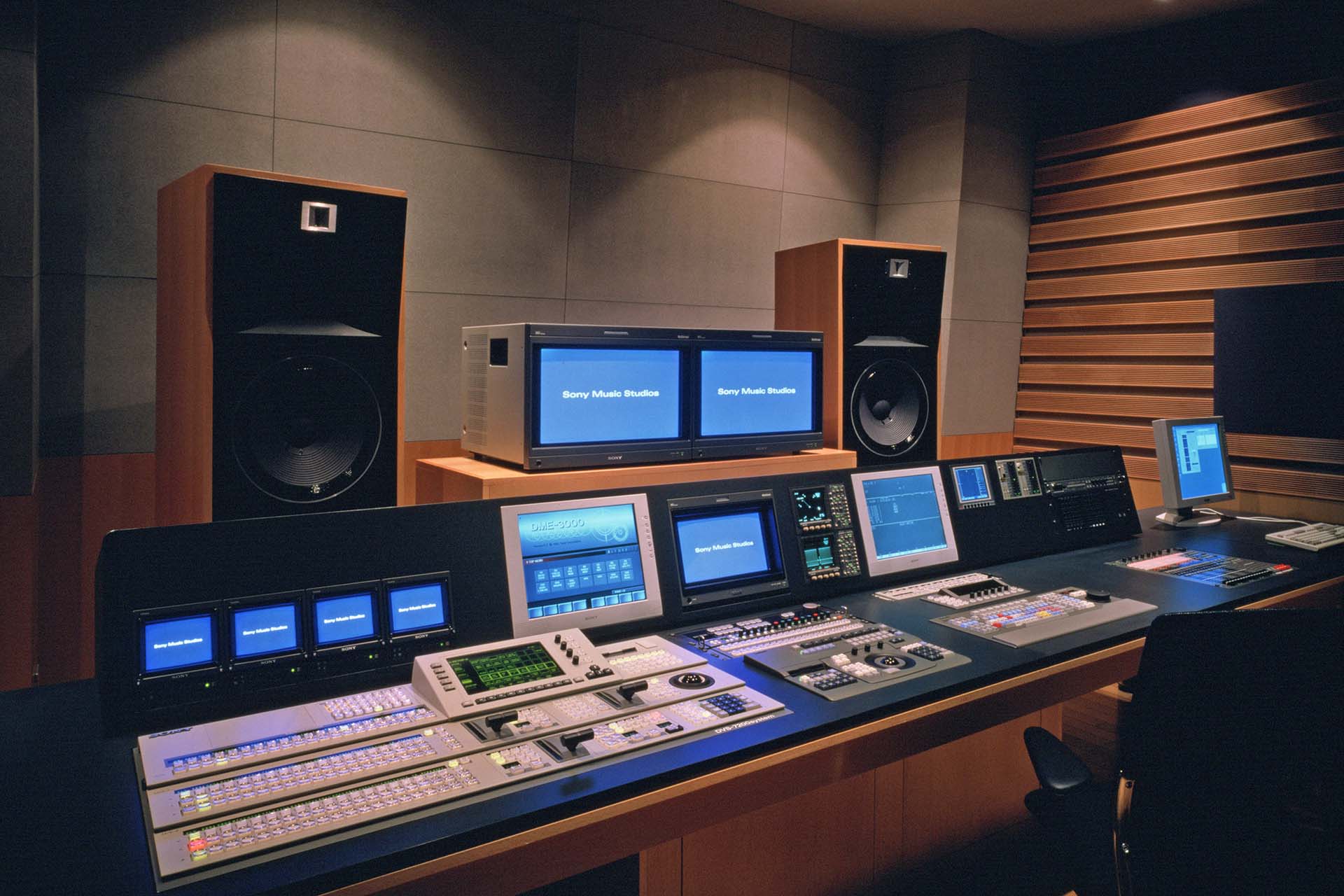 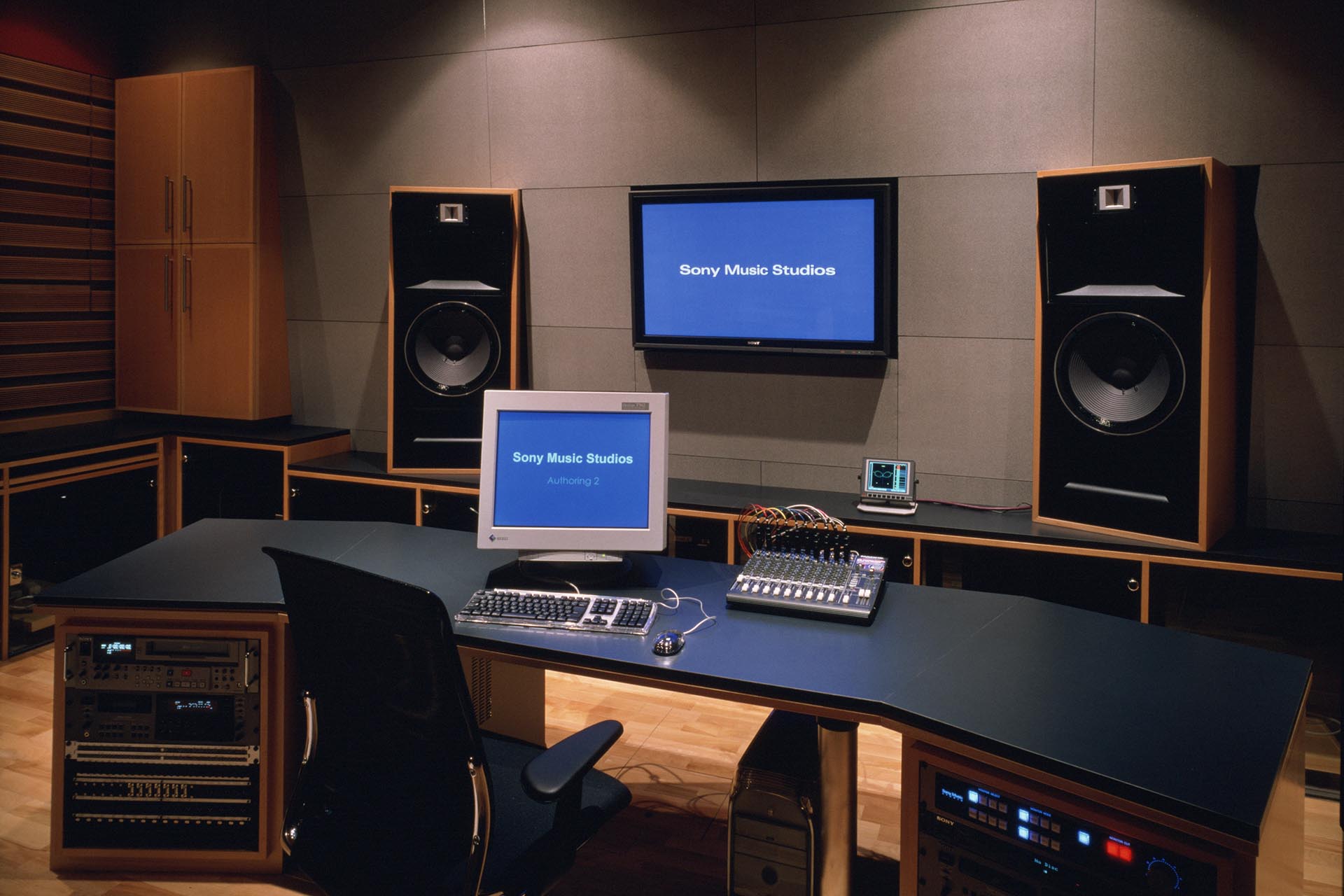 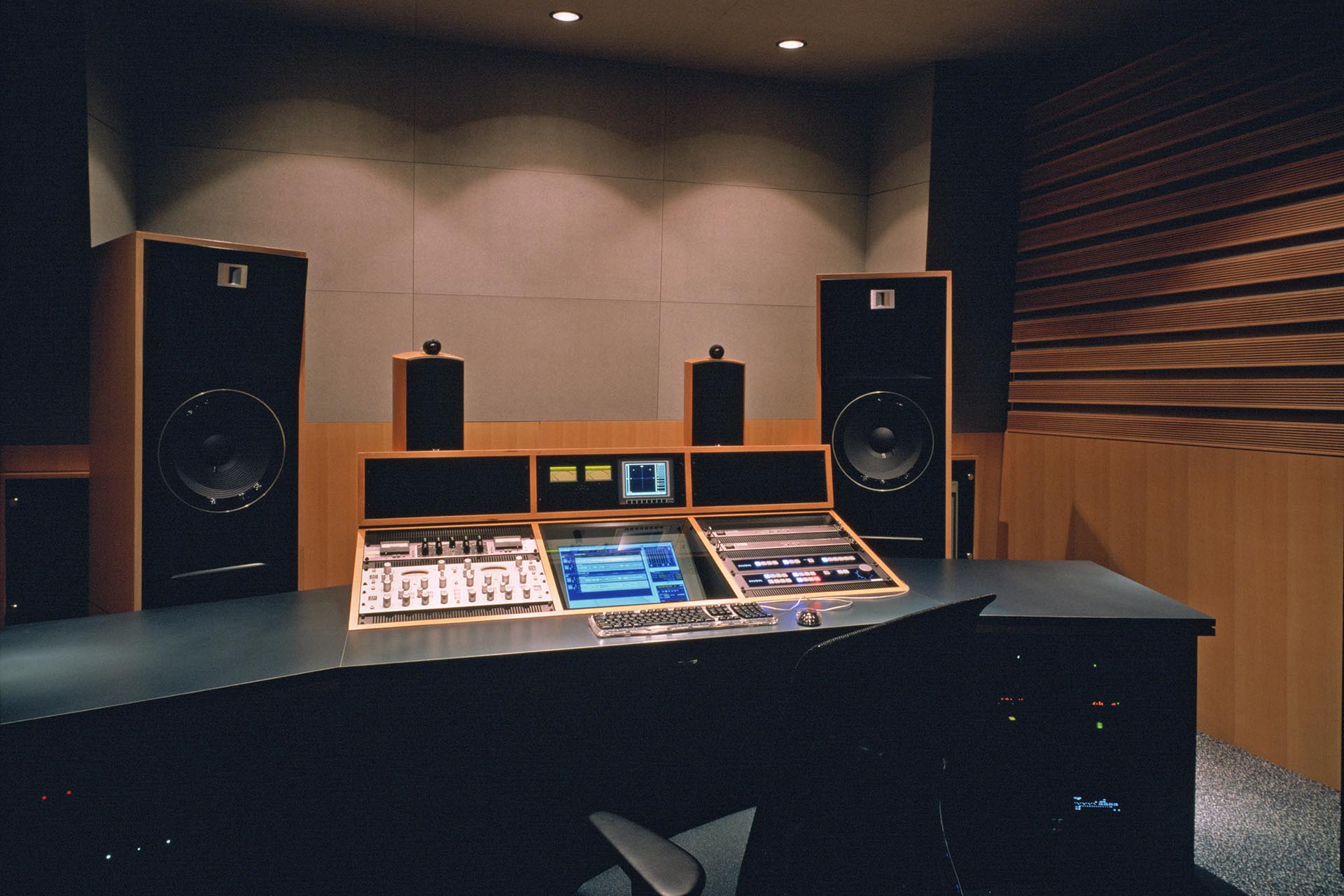 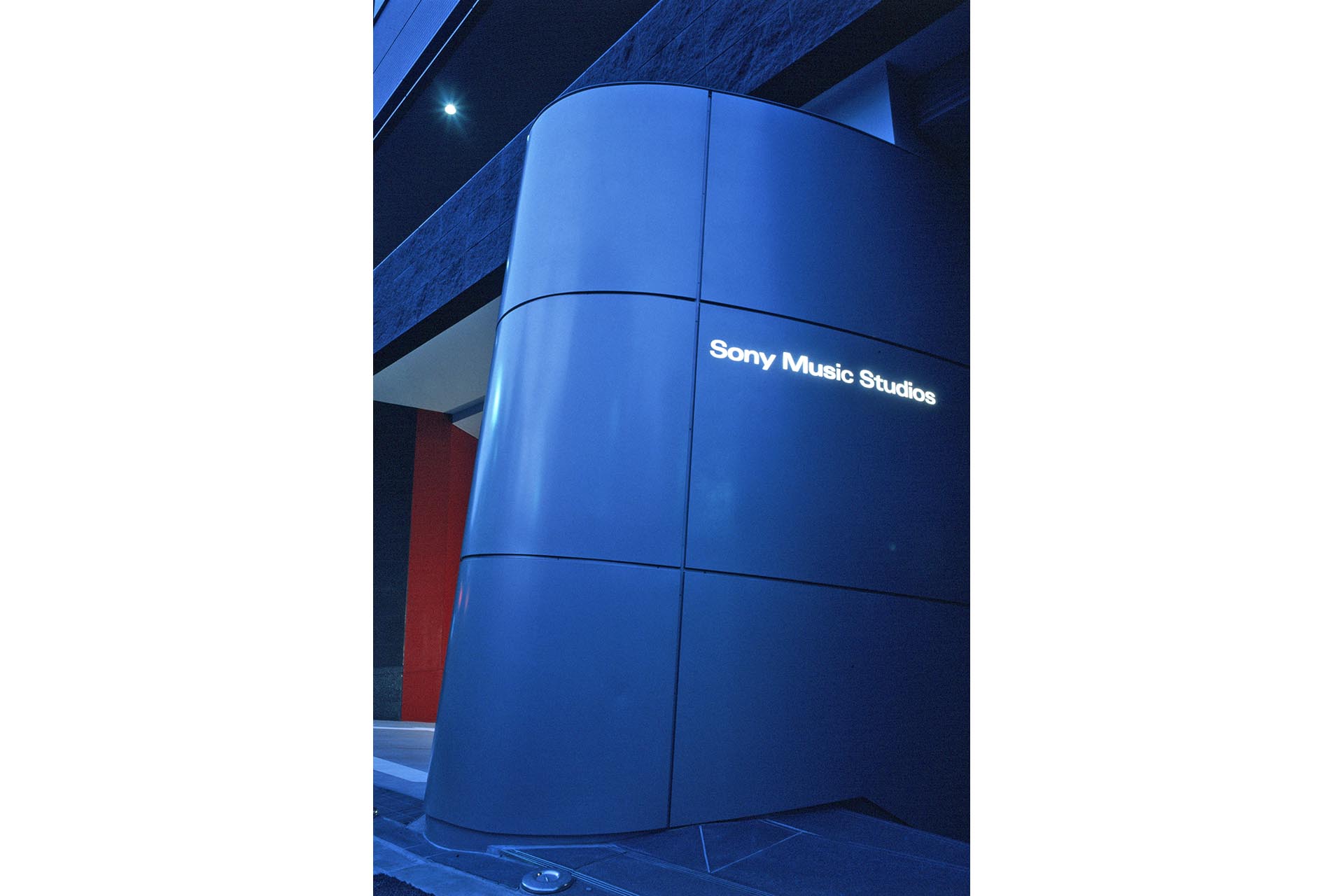 The design and construction of a complete new live-music recording facility is a rare opportunity in the age of computerized digital sound production. The inclusion by Sony Music Entertainment Japan of this large project within their new headquarters demonstrates their commitment to live-music recording. As a result, the project revolves around studio spaces where musicians, instruments and sound engineers can still interact with their spatial environment.

Following an initial design competition, studio bau:ton teamed up with the Tokyo-based Obayashi Corporation. With Obayashi planning and constructing the building, bau:ton designed the 70,000 square feet of studio areas and key identifying features throughout the project. The ten-story building in the heart of Tokyo contains studio facilities on three basement floors and offices above the street level. Two large recording studios with control rooms and isolation booths, complemented by three mixing suites, provide a full-0service recording complex on the bottom floor. Above, a total of eleven mastering and editing rooms are available for further processing of the recordings. The third studio level is occupied New Media production, including spaces for video production and CD-ROM and DVD authoring. A “Liverteria” and a restaurant on the second floor provide space for band showcase concerts and hospitality events. These spaces were also designed by studio bau:ton, as was the signature security booth at the studio parking entrance. As the studio design architect, the team was involved in a truly interdisciplinary and international collaboration, bridging architecture, interior design, acoustics, furniture design, loudspeaker and product development.

The world-class studios represent the last word in state-of-the-art recording facilities. Space capture the sound produced by classical and contemporary instruments and musicians, while allowing current high-end technology to be used to its fullest potential from recording to mixing and mastering. While maintaining a separate identity from the corporate offices in the building, the studio areas are unified as an environment that enhances and supports the various phases of artistic creation and production.

The large studio tracking spaces are divided up by isolation booths and allow multiple recording configurations and sonic environments. Ergonomically designed control rooms provide accurate monitoring conditions and comfortable accommodation, and take into account possible future developments in equipment. The technical equipment and acoustic elements are incorporated into forms that express the complexity of the program, but mediate it with clean and simple detailing. Finishes in the studio areas emphasize natural materials. Granite floors and raw concrete block, beechwood and fabric panels alternate with sintered aluminum and glass, along with bright color highlights.

Studio loudspeakers were custom-designed for this project in collaboration with TEC:ton sound systems. Acoustic diffusor elements were also custom-designed, and manufactured in Switzerland by paraDOX Acoustics. Equipment furniture was designed and built in Los Angeles before being shipped to Japan and installed by local carpenters.