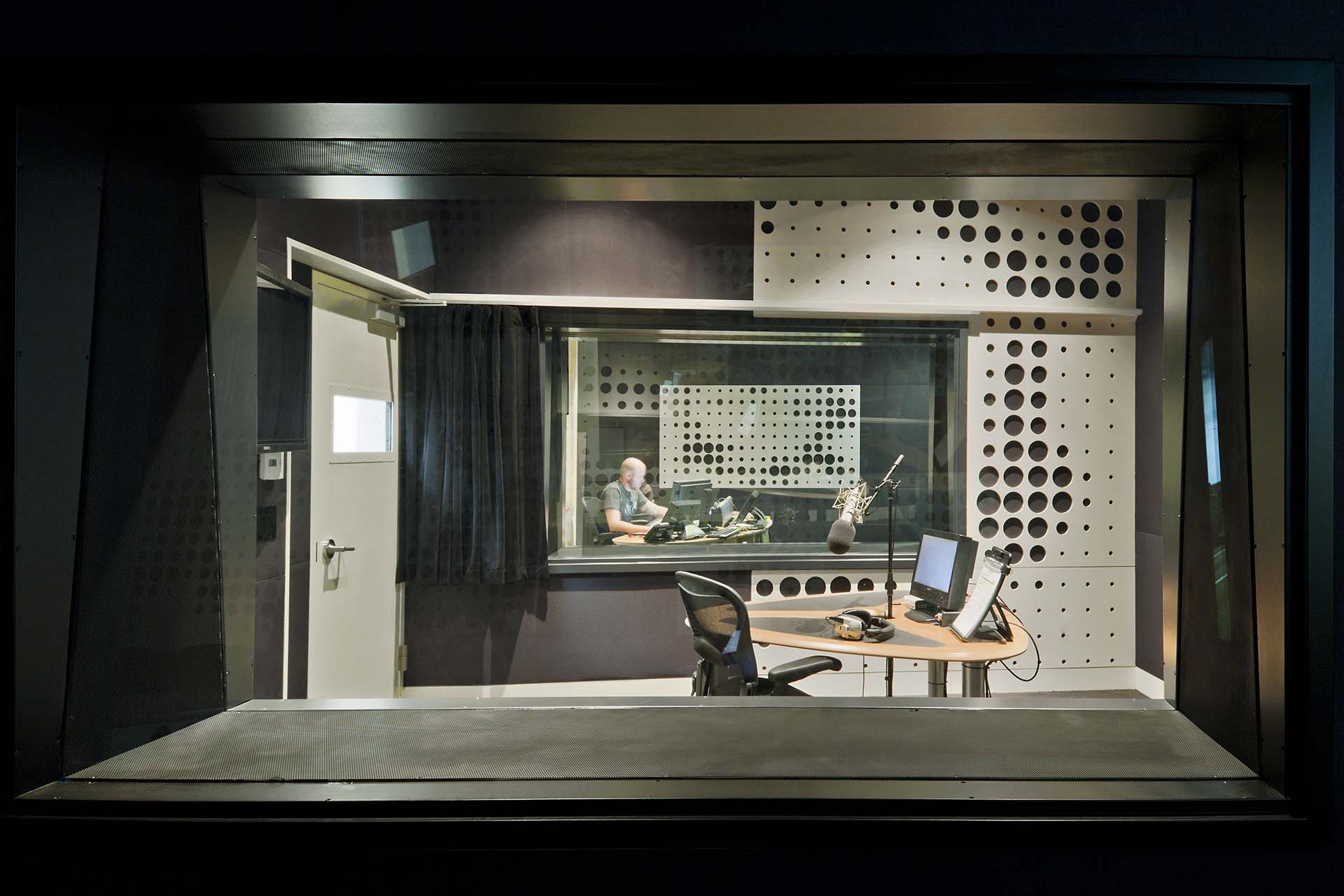 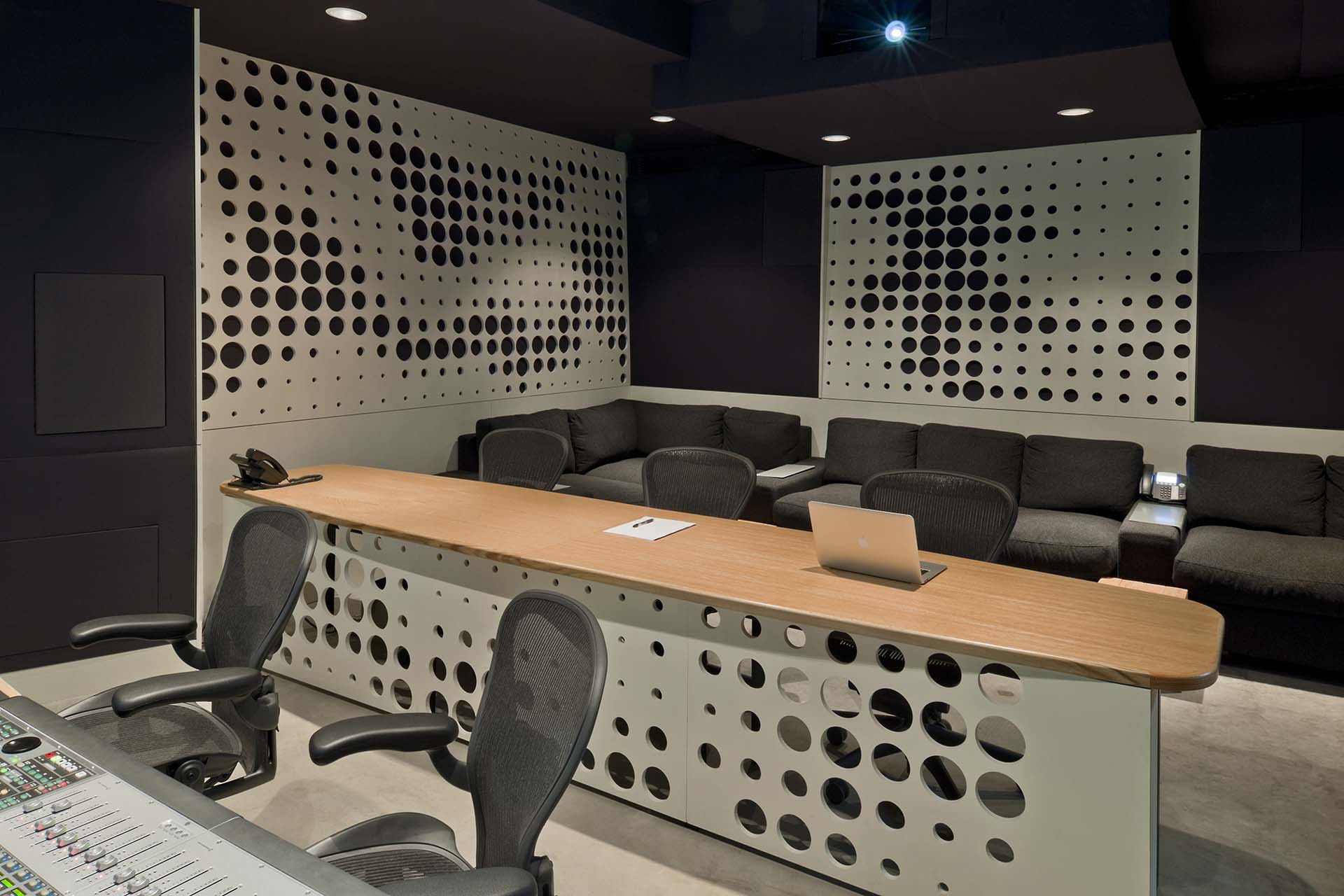 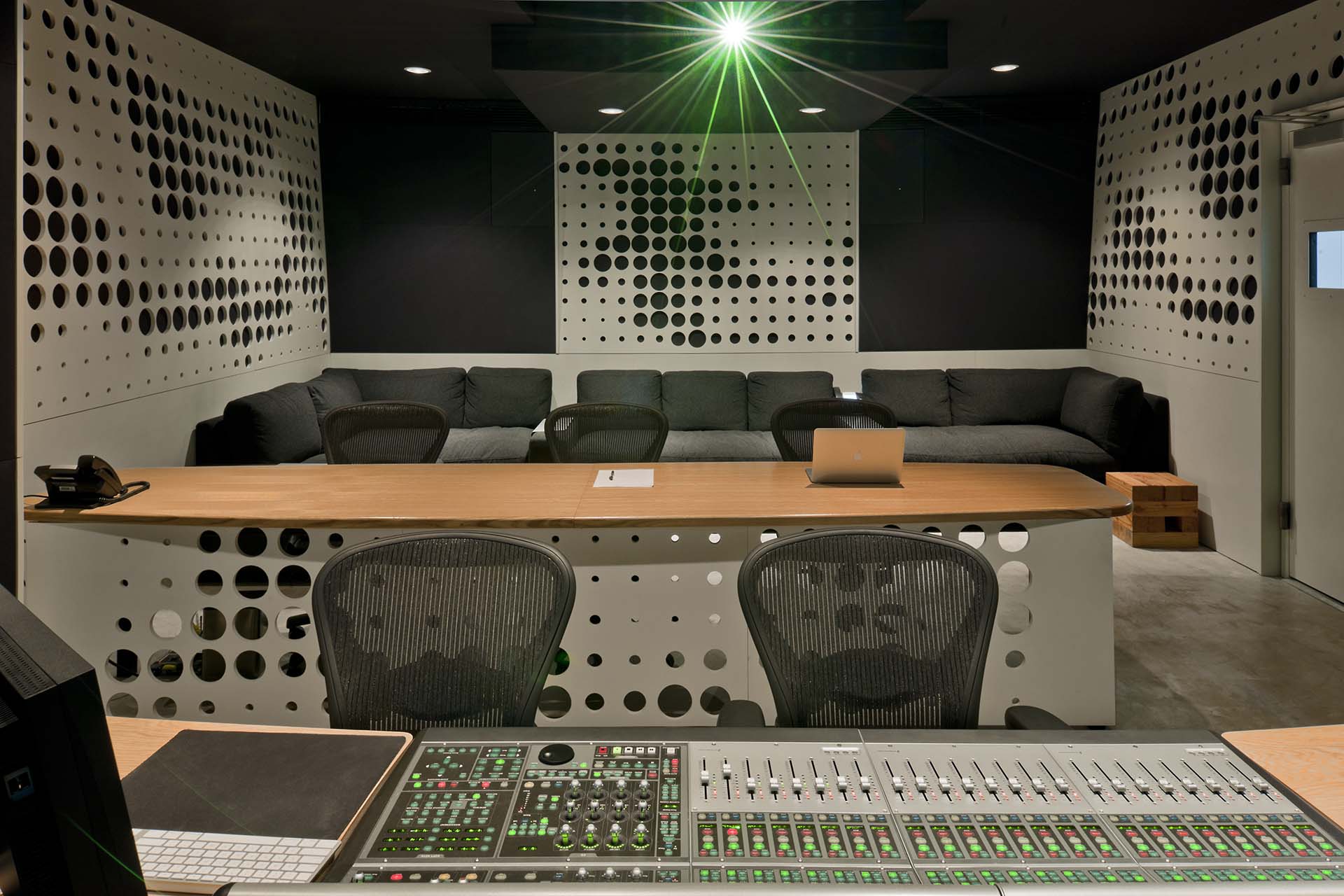 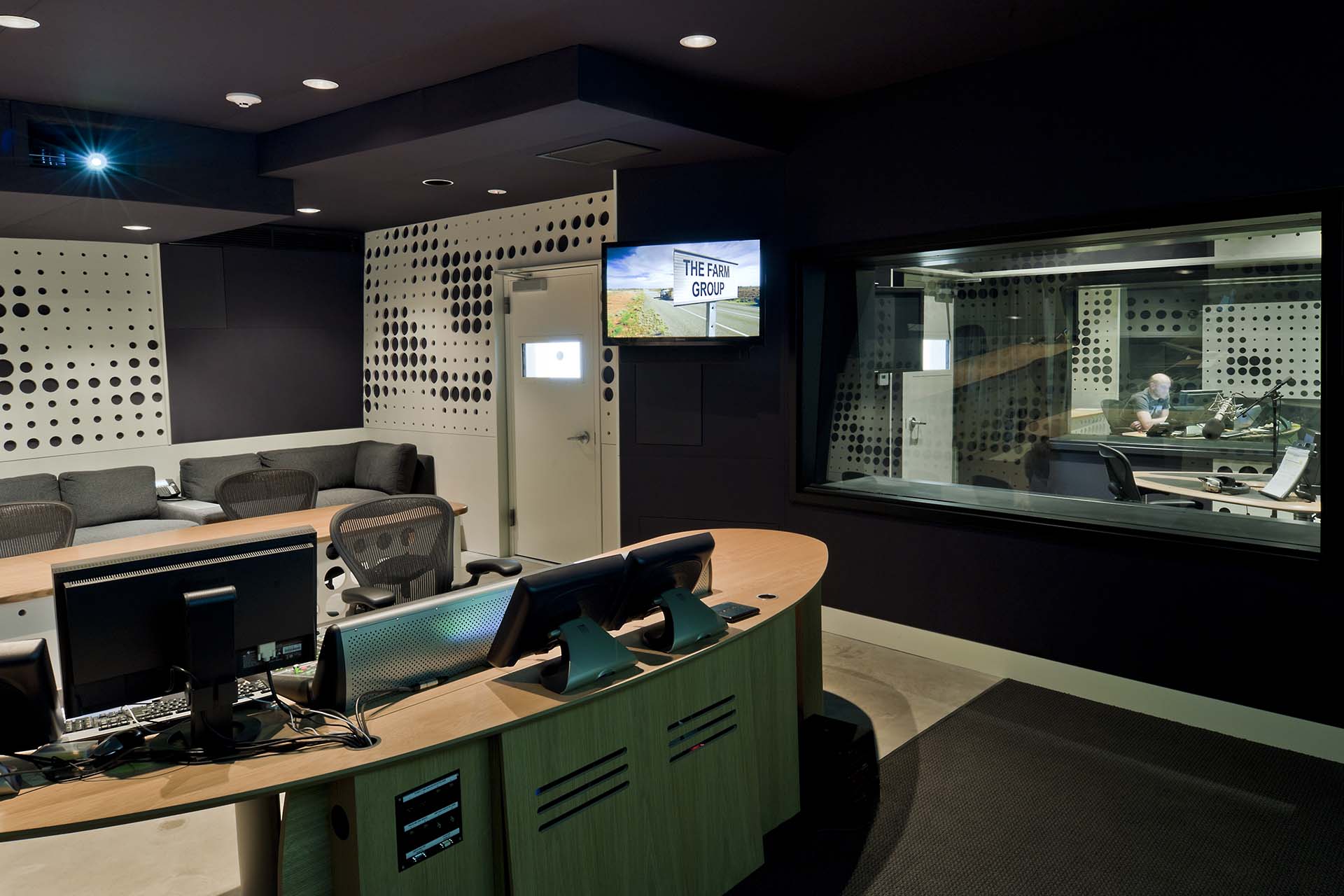 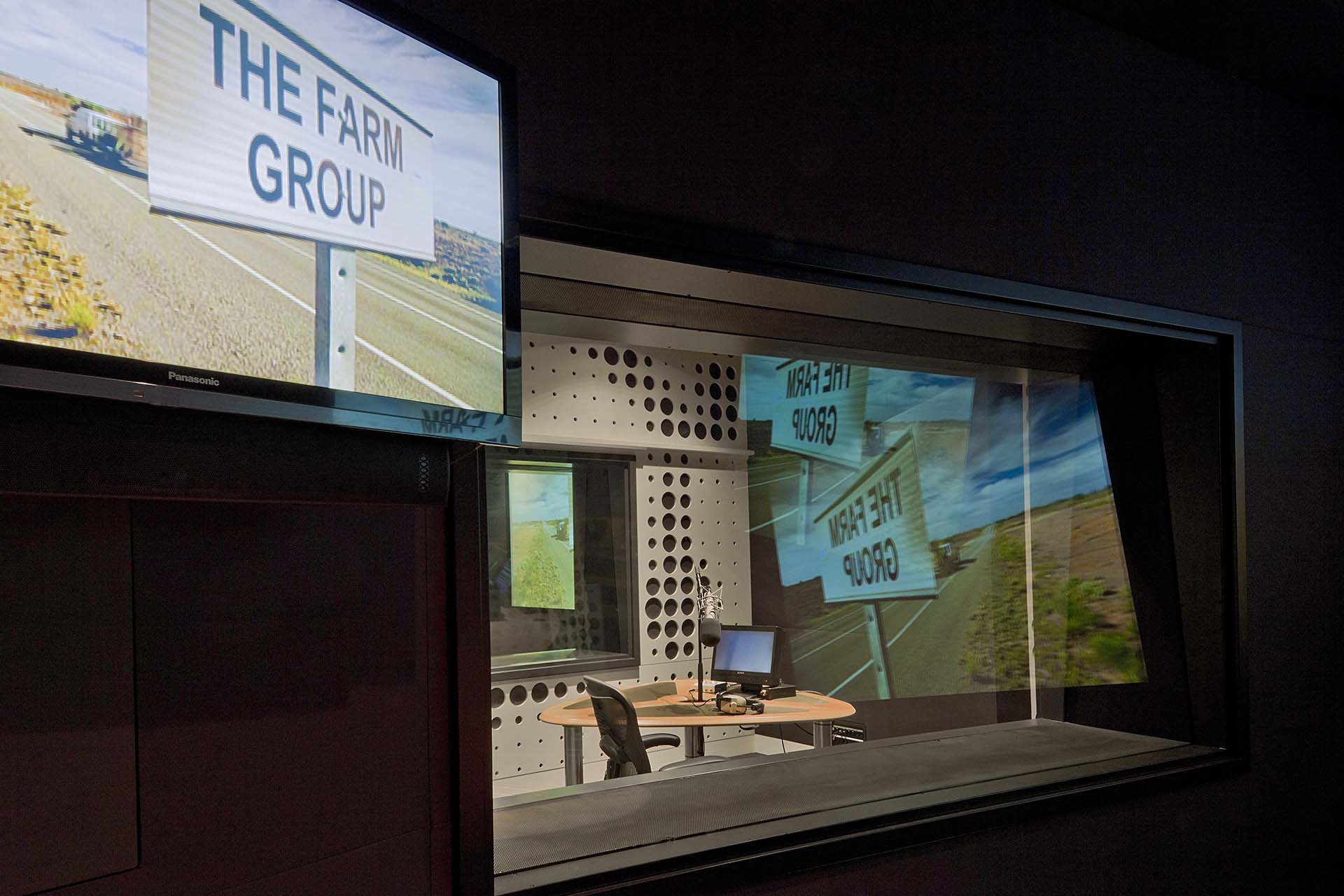 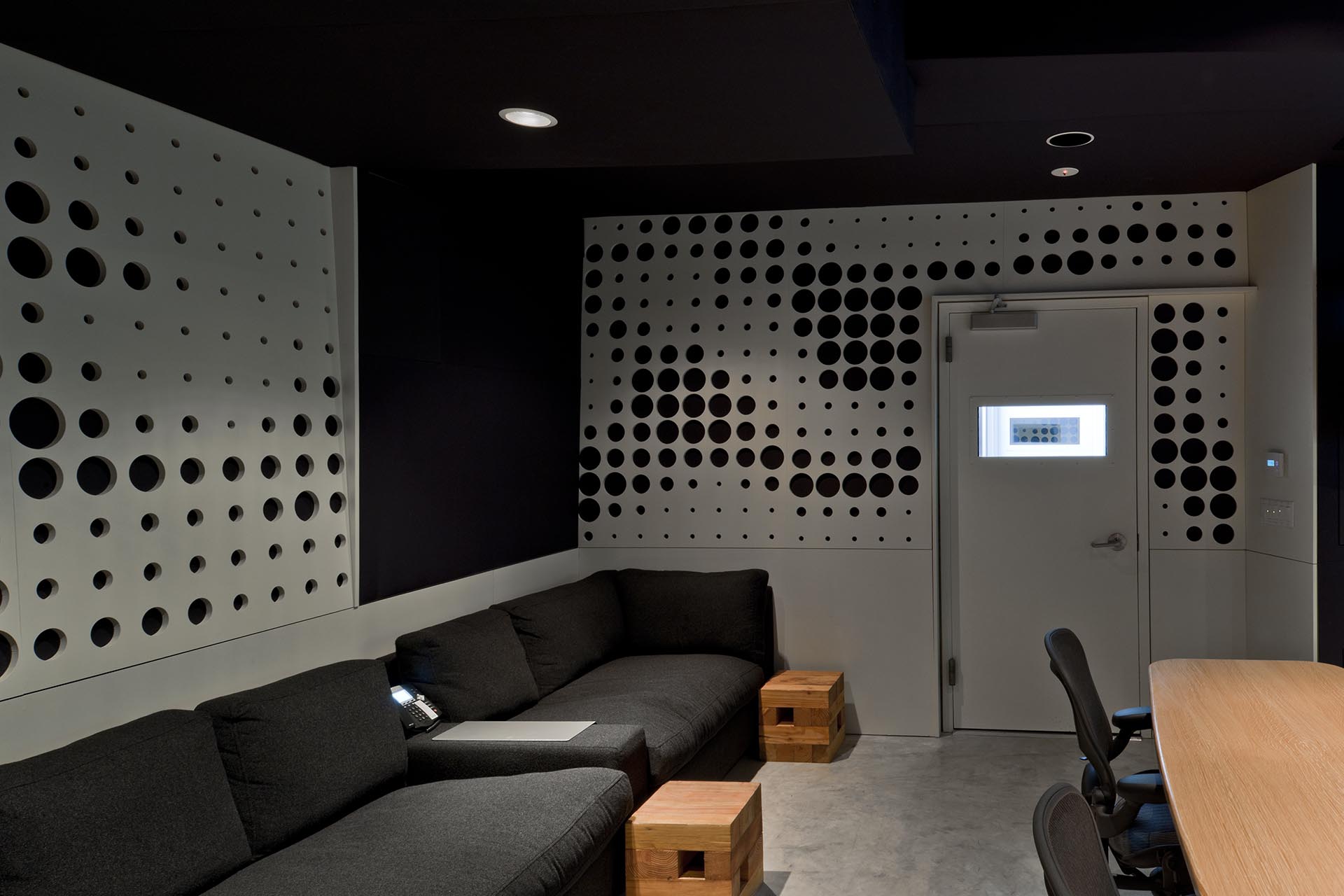 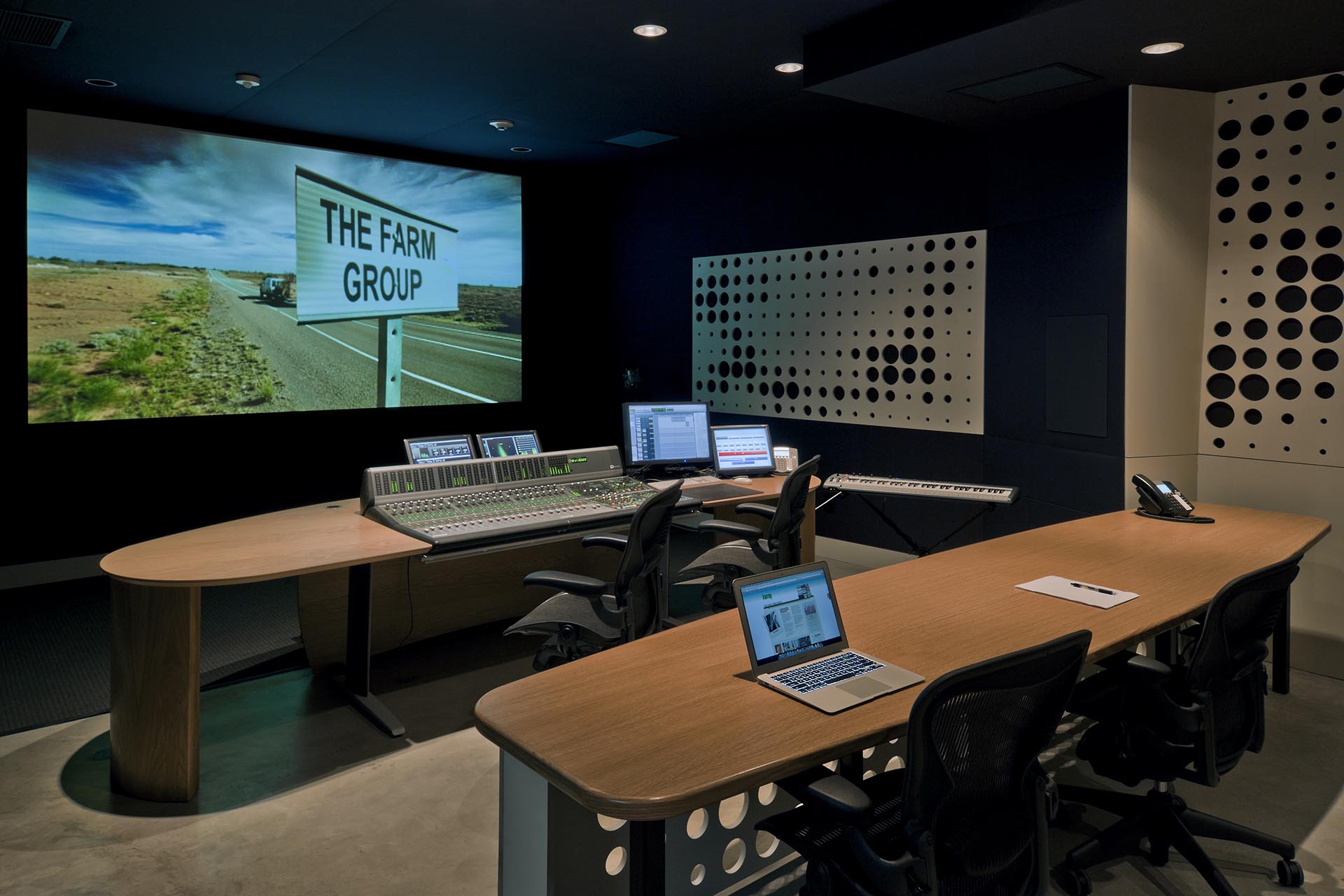 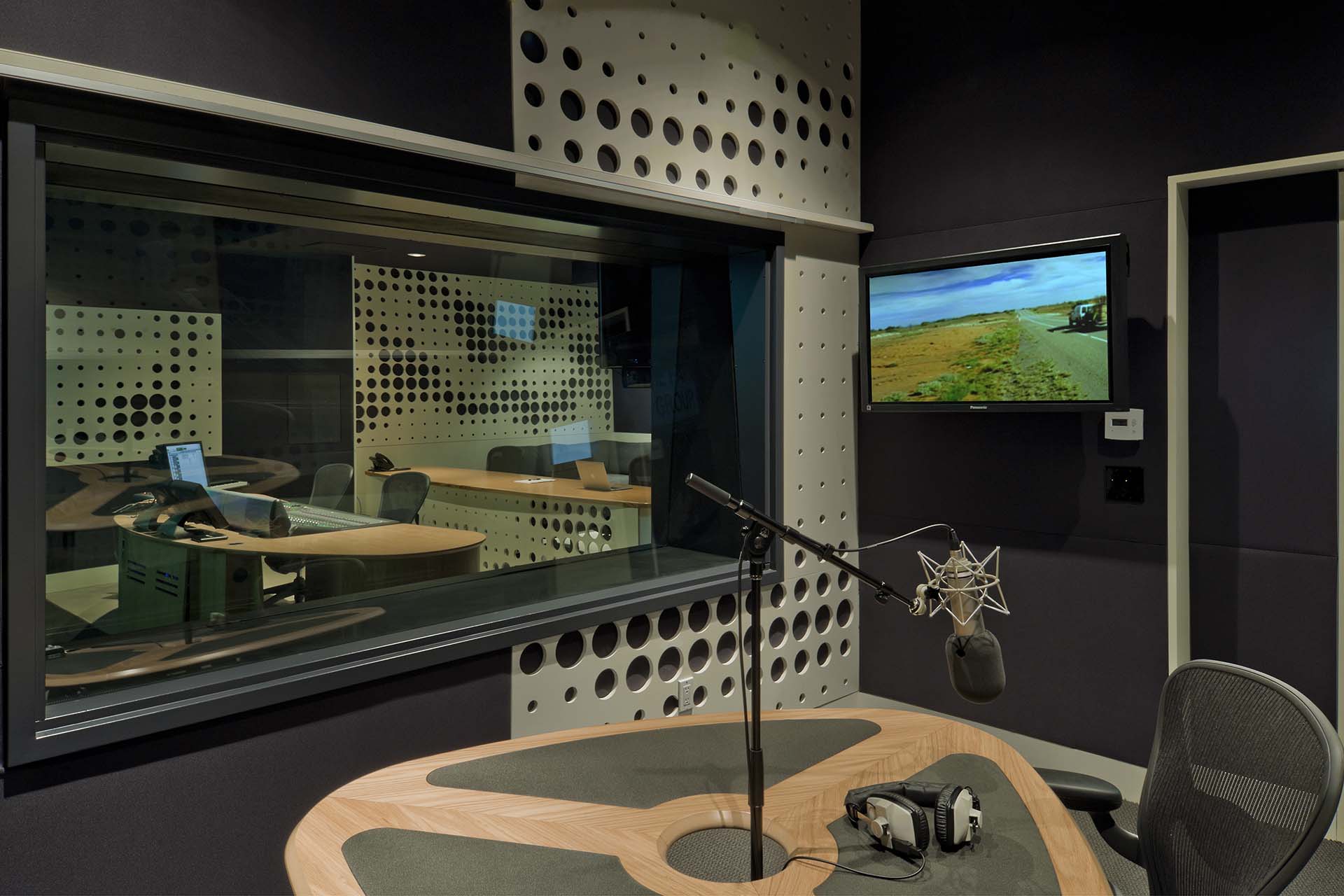 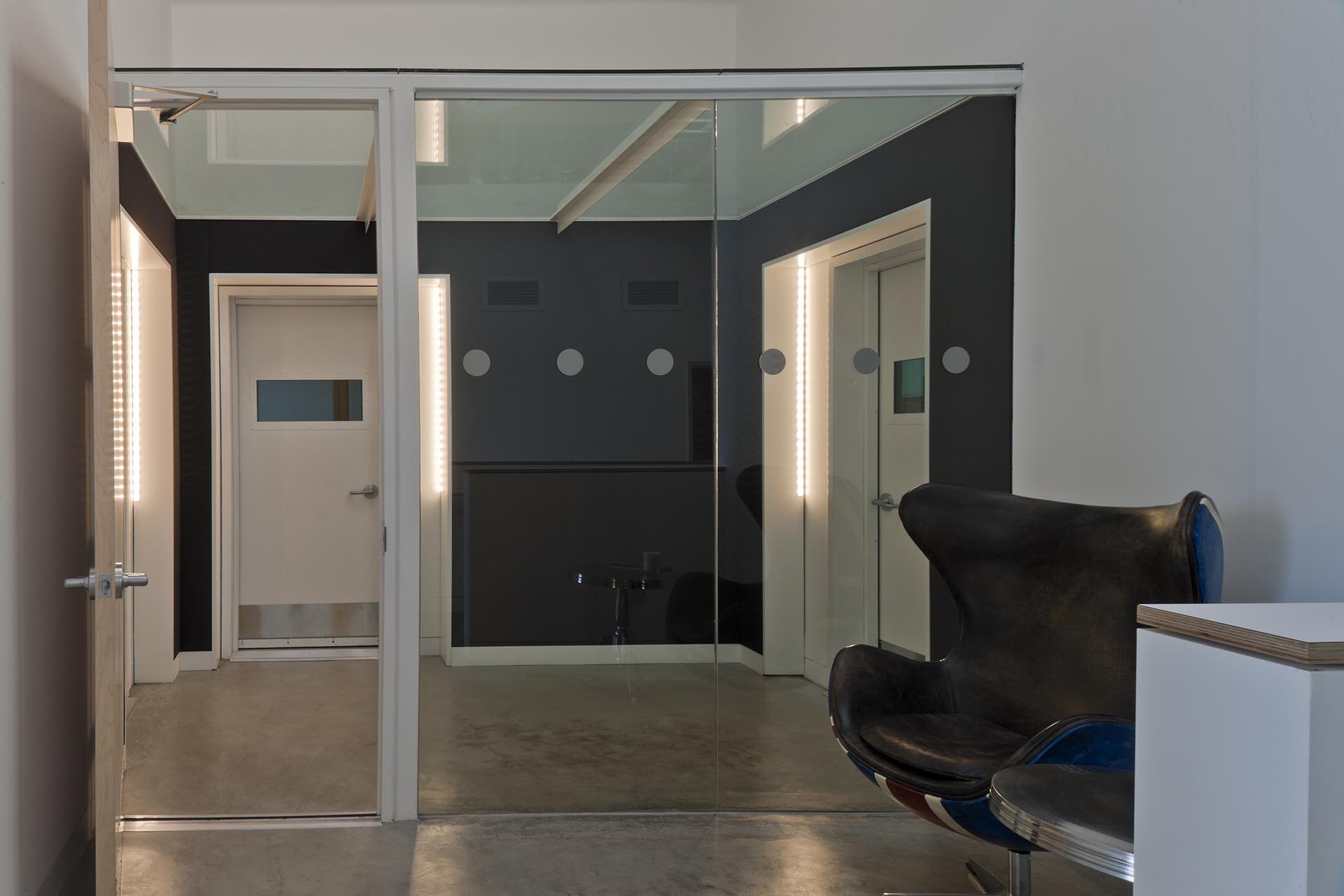 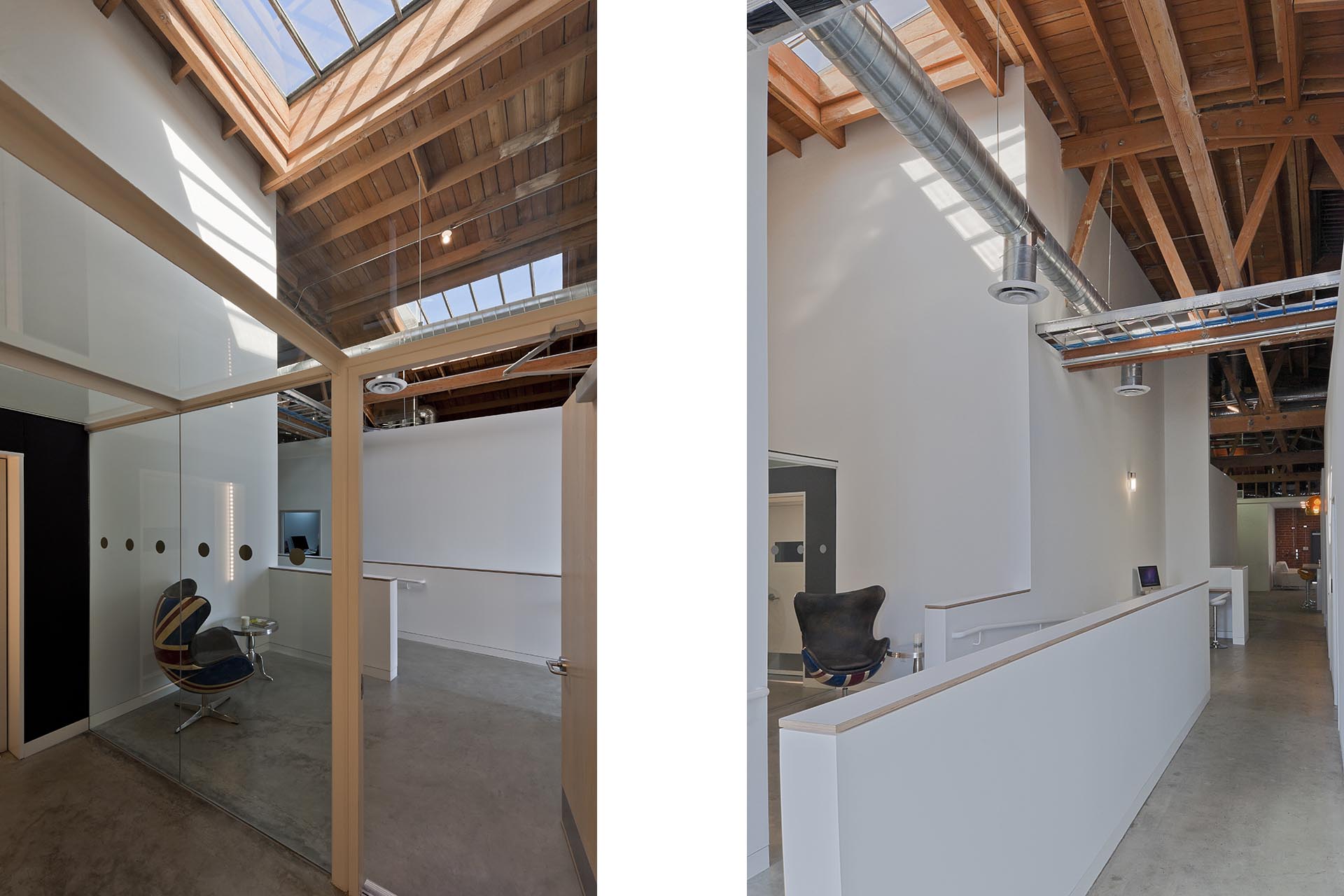 After taking over an existing Hollywood video editing firm, London-based The Farm Group added a new audio postproduction facility with two large identical TV mix rooms. A shared voiceover booth can be used by either room and can be closed off with curtains from the other for privacy. Reconfiguring the technical infrastructure and improving and support spaces, as well as adding the new studios in a vacant portion of the building increased the total size to double the original footprint. Overall soundproofing was also improved through the addition of double glazed windows along the main street and other improvements to the building shell.

A clean and modern aesthetic with white walls and polished concrete floors was inserted into a typical industrial bow truss building. The warm feel of the raw wood roof structure contrasts with the new build-out, which is lit by generous skylights. A combined sound lock was built entirely of glass and lit with LED strips, to maintain the light and airy feel of the shared spaces.

The look of the production spaces evolved from the company’s existing studios in the UK, but took a leap forward with a contemporary design and extensive use of computer-controlled milling. The laser-cut wall panels in the studios fulfill both a visual and acoustical purpose. The farm-themed animal logos of the firm were pixilated and enlarged to match the acoustic requirements of each wall. The off-white paint of the MDF panels contrasts with the dark gray of the surrounding fabric walls and ceilings.