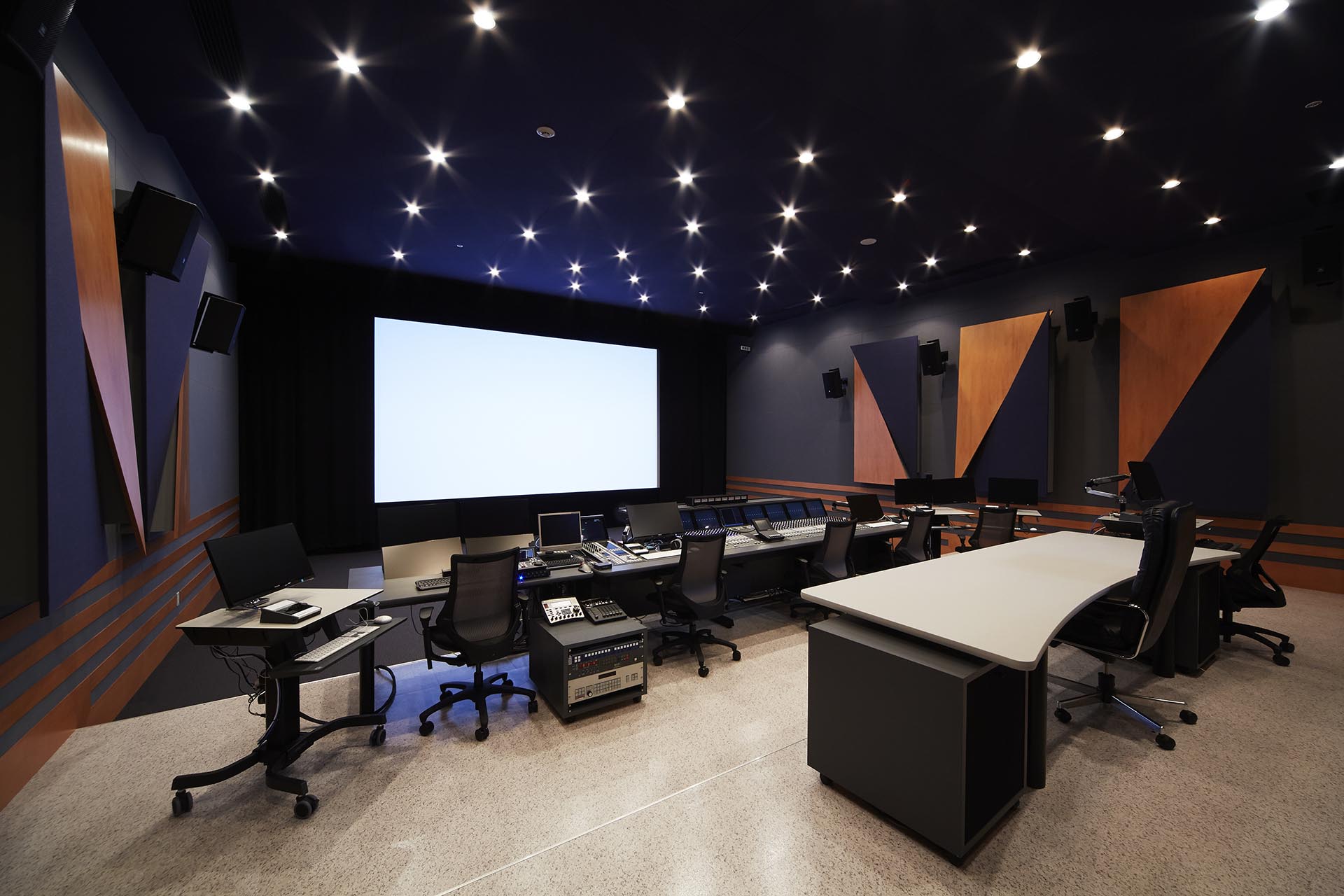 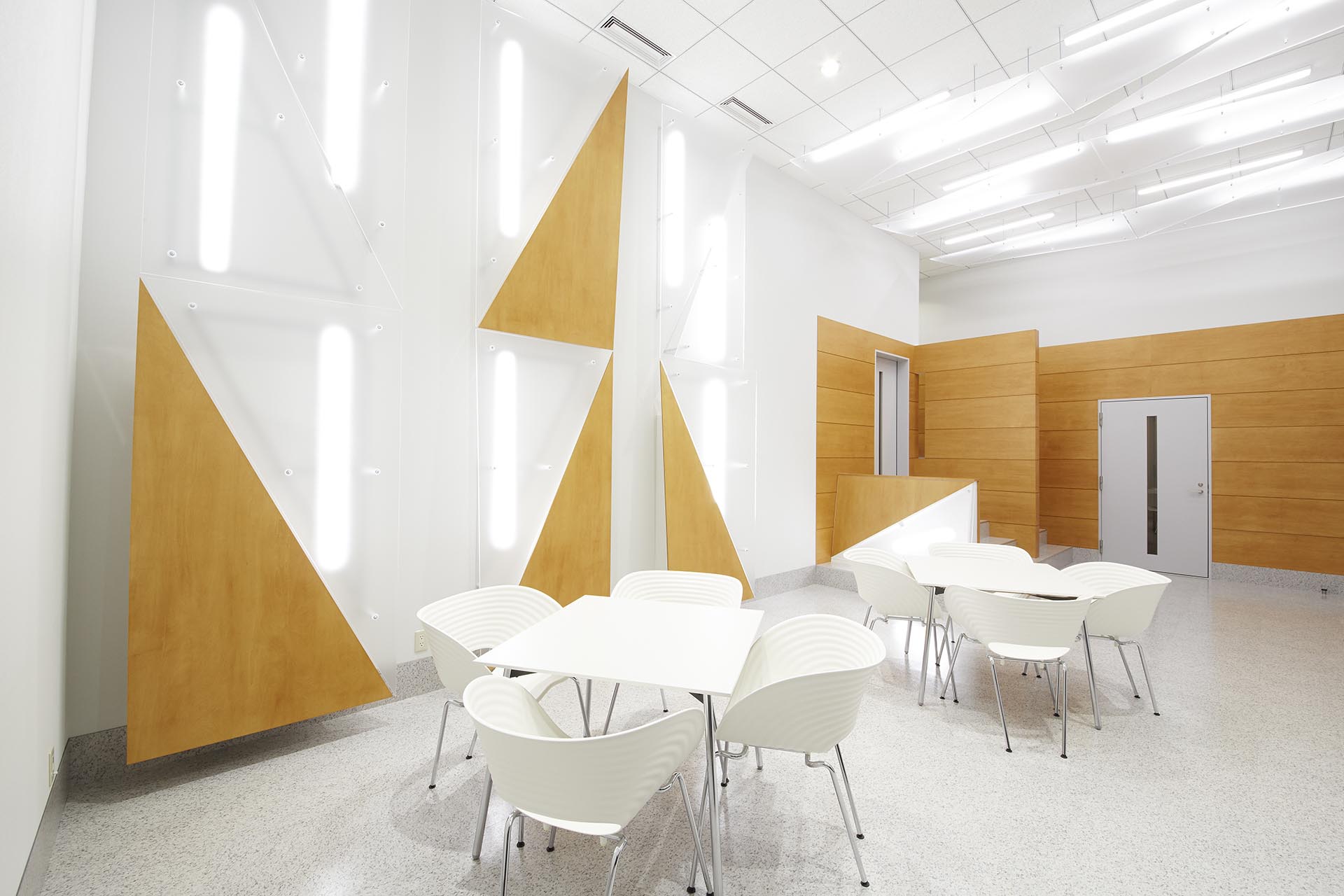 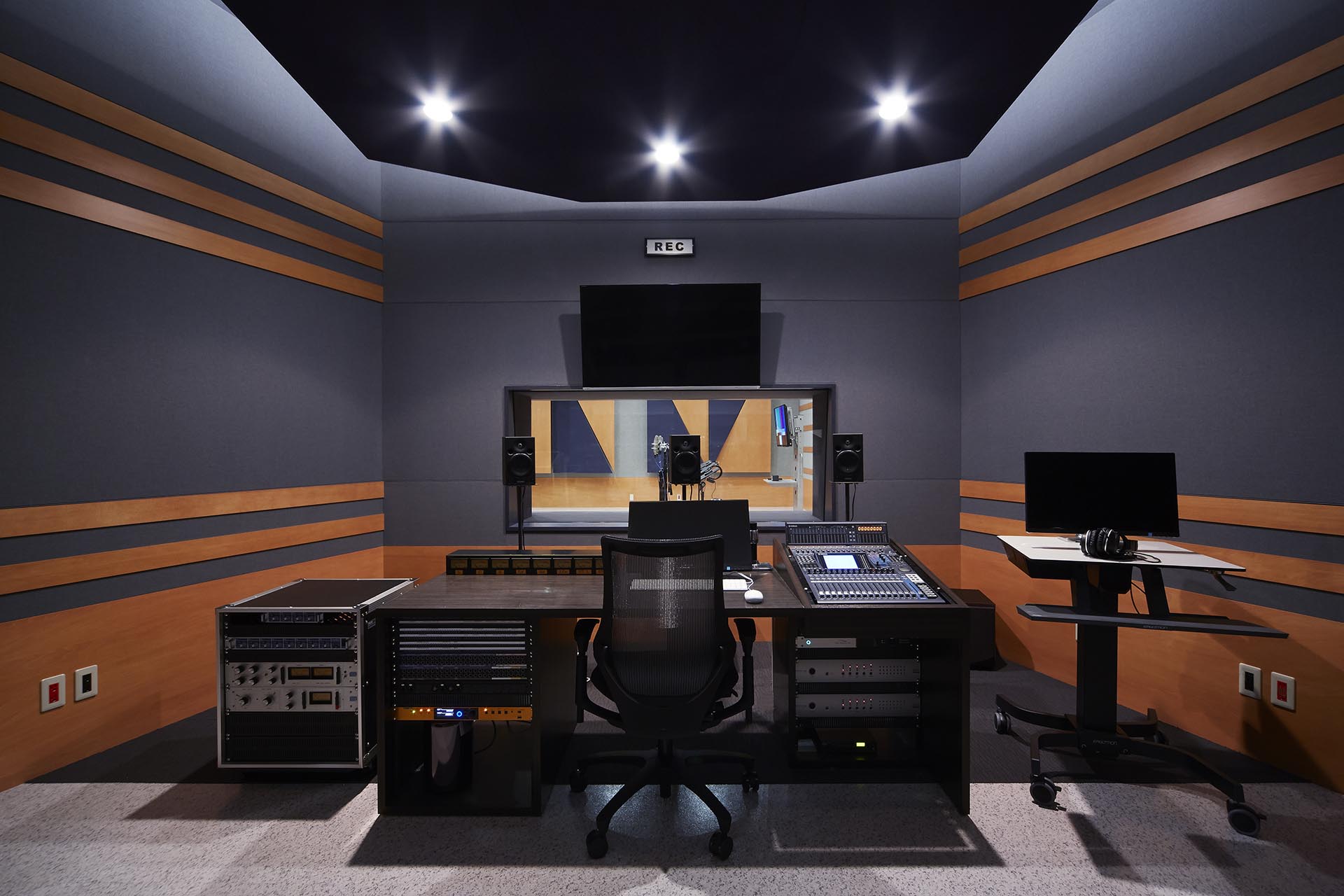 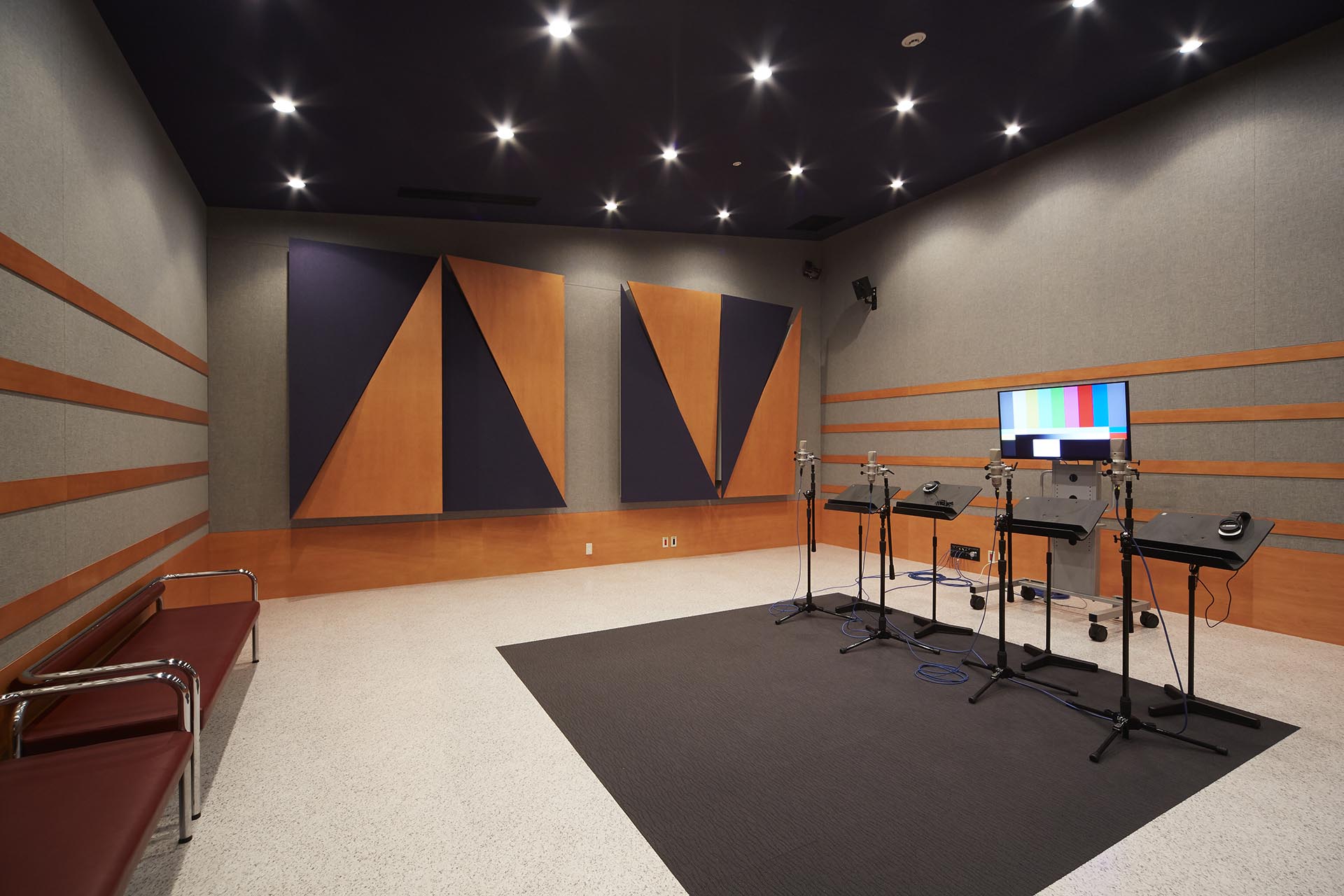 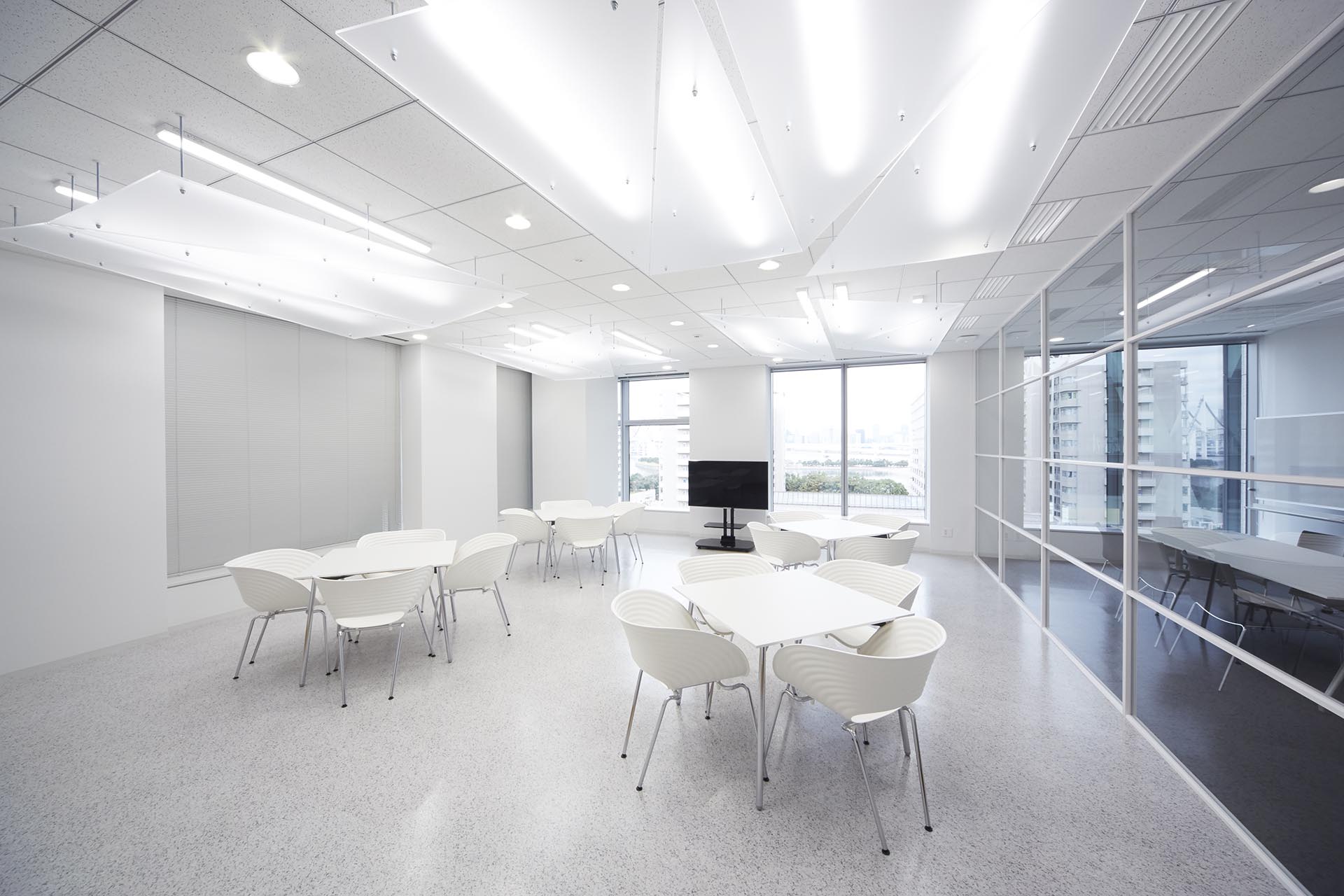 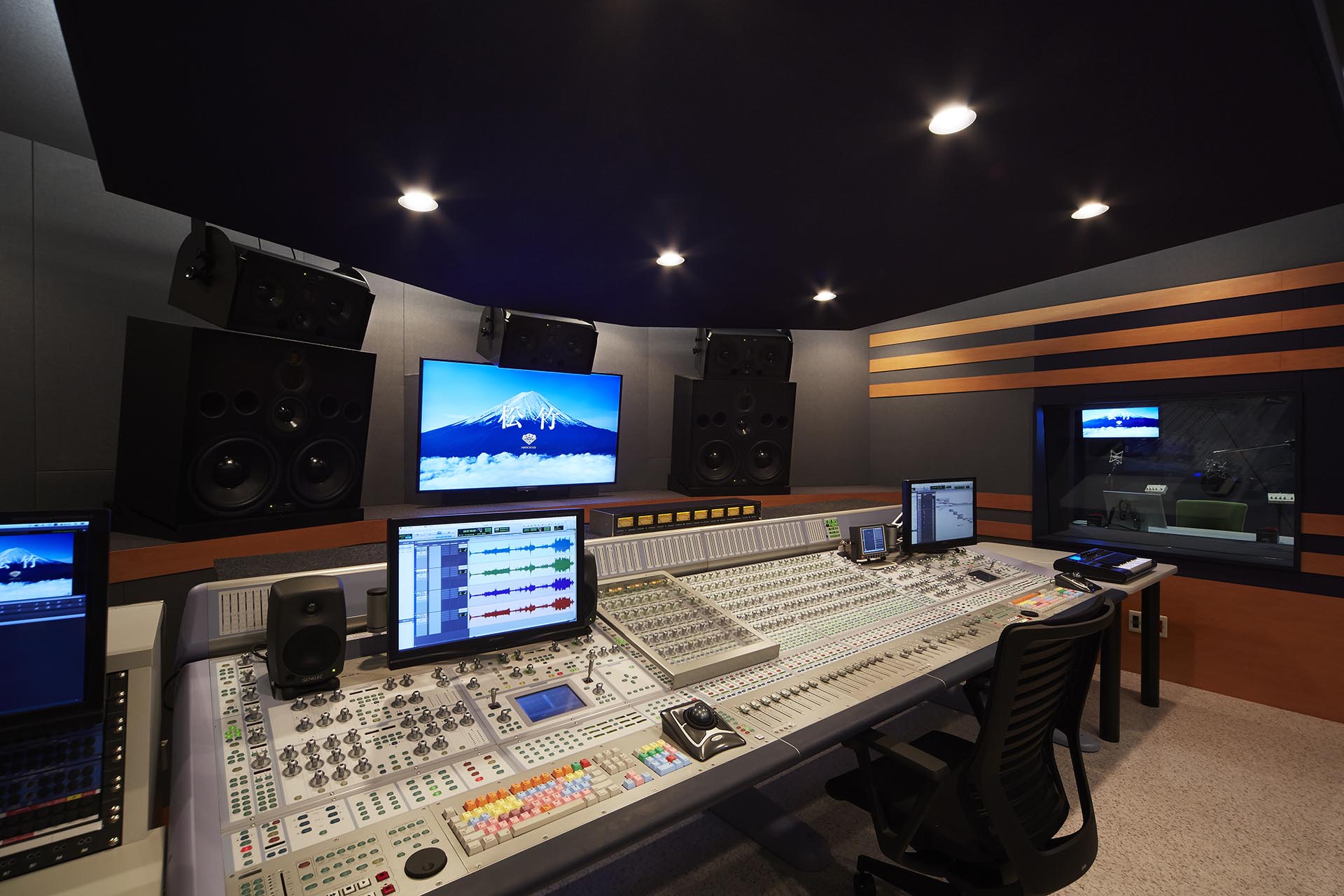 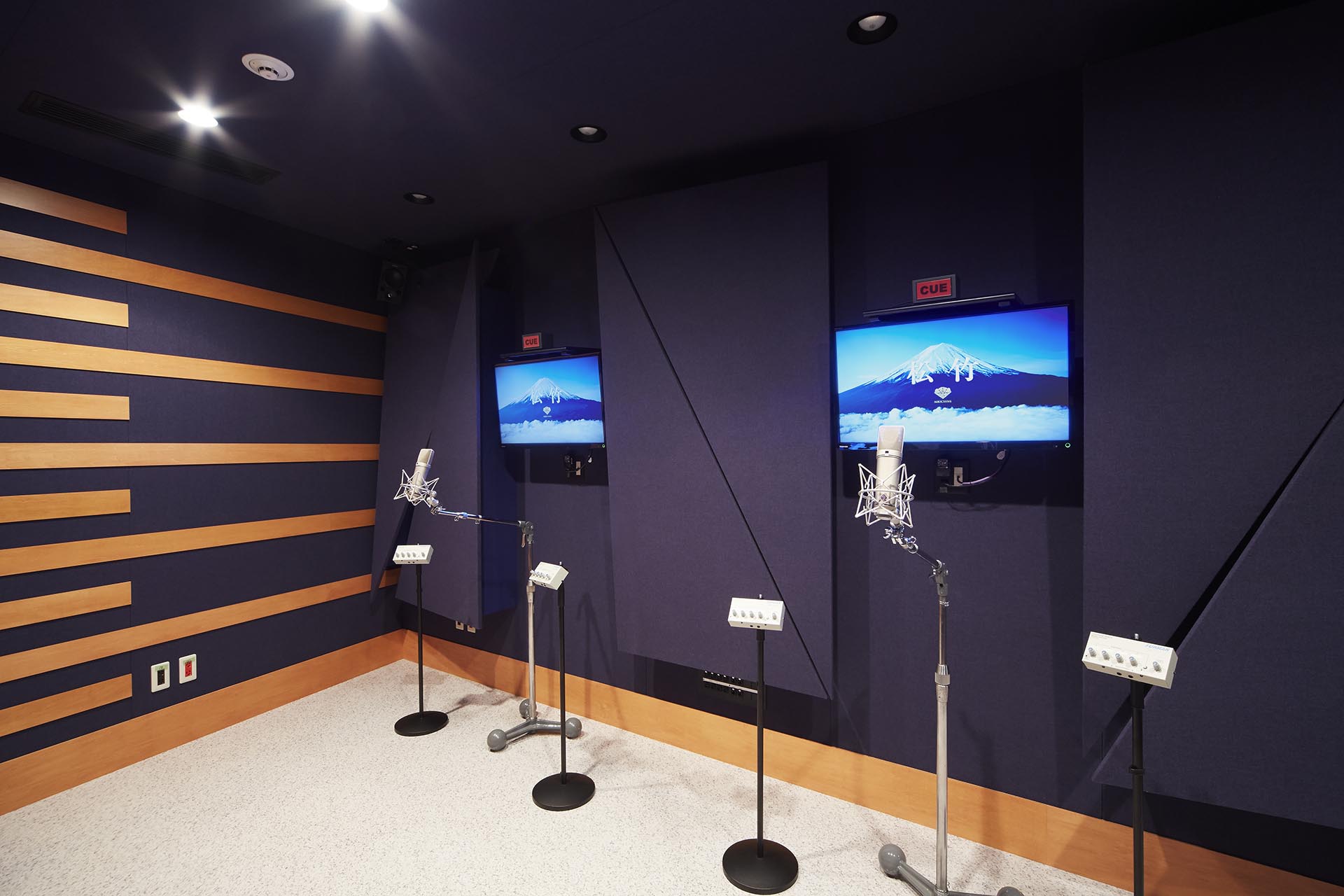 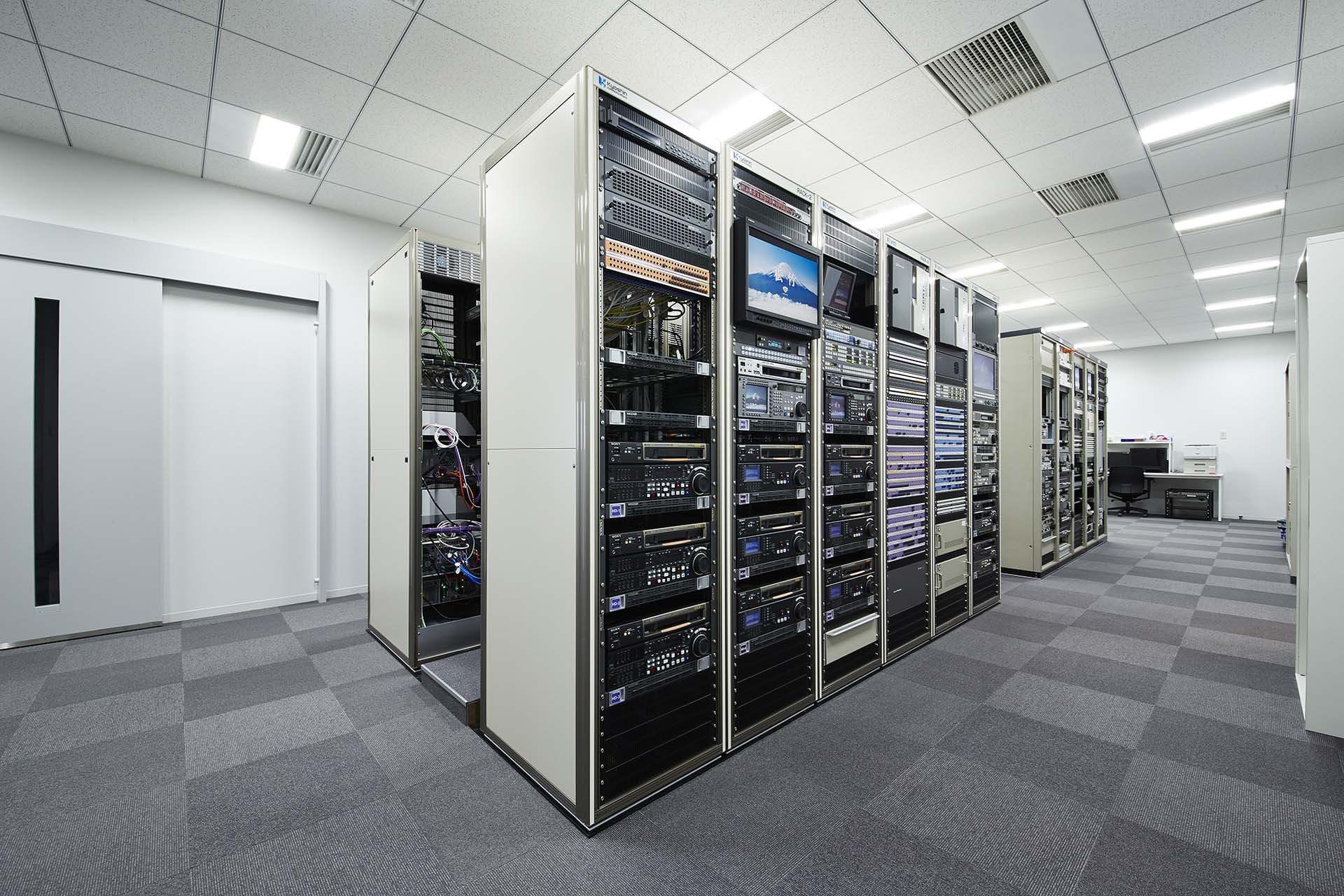 The project is situated on two floors of a contemporary office tower near Tokyo Bay and includes recording, ADR/Foley and post-production studios for audio and video, a dubbing stage and office space.

The design approach considers the broad and varied range of activities and the historic span of cultural enterprises undertaken by the Shochiku Company and Shochiku MediaWorx in particular. We were interested in the continuity of the cultural aspects, from the nurturing of traditional forms such as Kabuki theater and the restoration and preservation work on historic Japanese movies to the production of contemporary modern motion pictures. While we did not seek to design a nostalgic or pseudo-traditional environment for the studios, we did want to bring some aspects of this long and storied history into the project. We were searching for a way to avoid a typical standard corporate environment in favor of a more personalized approach that would reflect the history, as well as the present and future of the company.

While doing so, a functional and highly efficient facility always remained a high priority and the means and methods used to achieve that goal cannot be anything but modern and contemporary.

One point of departure and a main inspiration for the wall surfaces in the studios were the slatted wood walls and panels in traditional Japanese architecture. Another element used throughout the project is a rectangular shape with a two to one ratio, as seen in tatami mats. Modifying the standard format, the panels were divided diagonally to arrive at two triangles. Rendered in wood and fabric covered panels as well as translucent plexi glass, the shape recurs in both the studios and general areas of the project.

audio and video post production for film and television