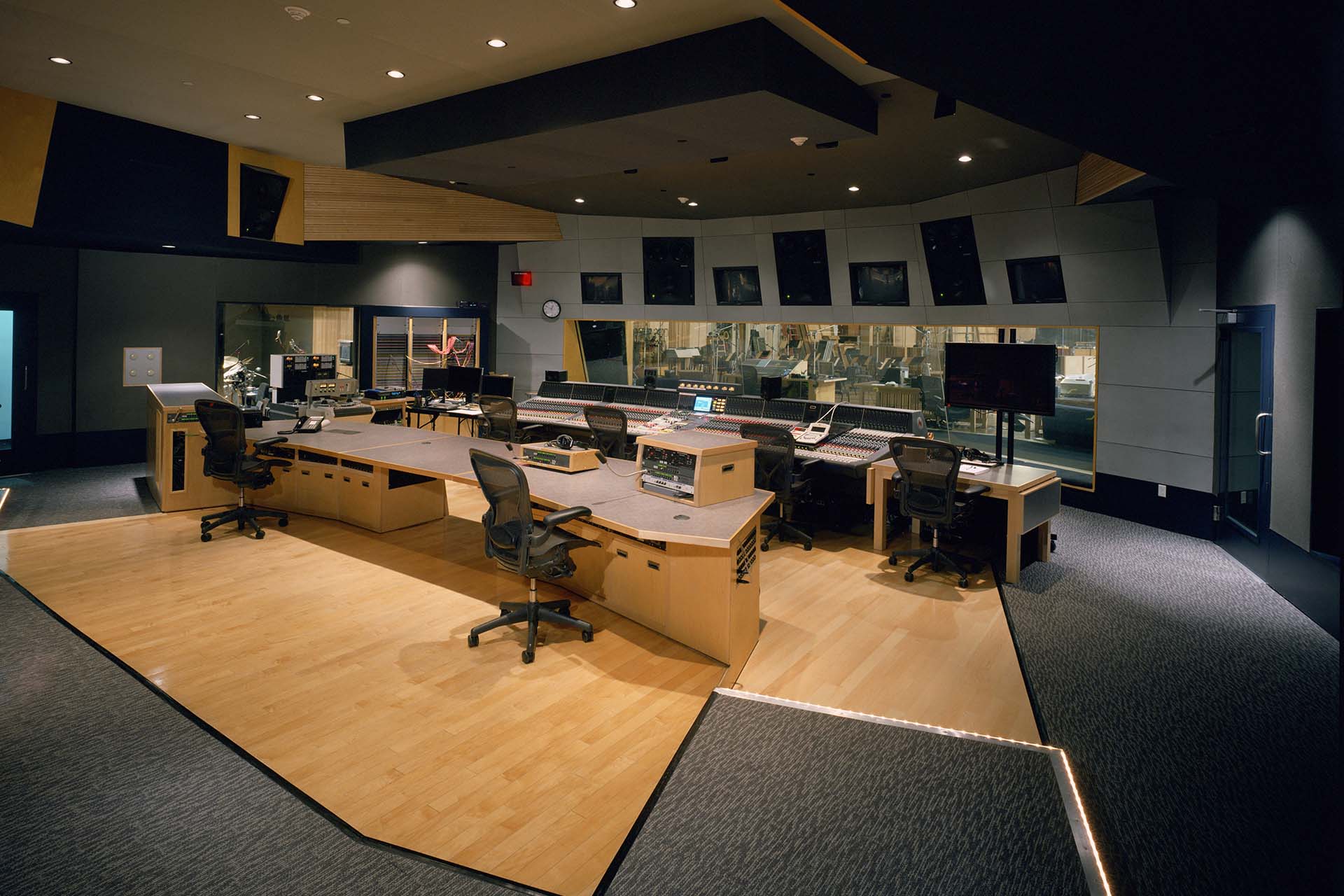 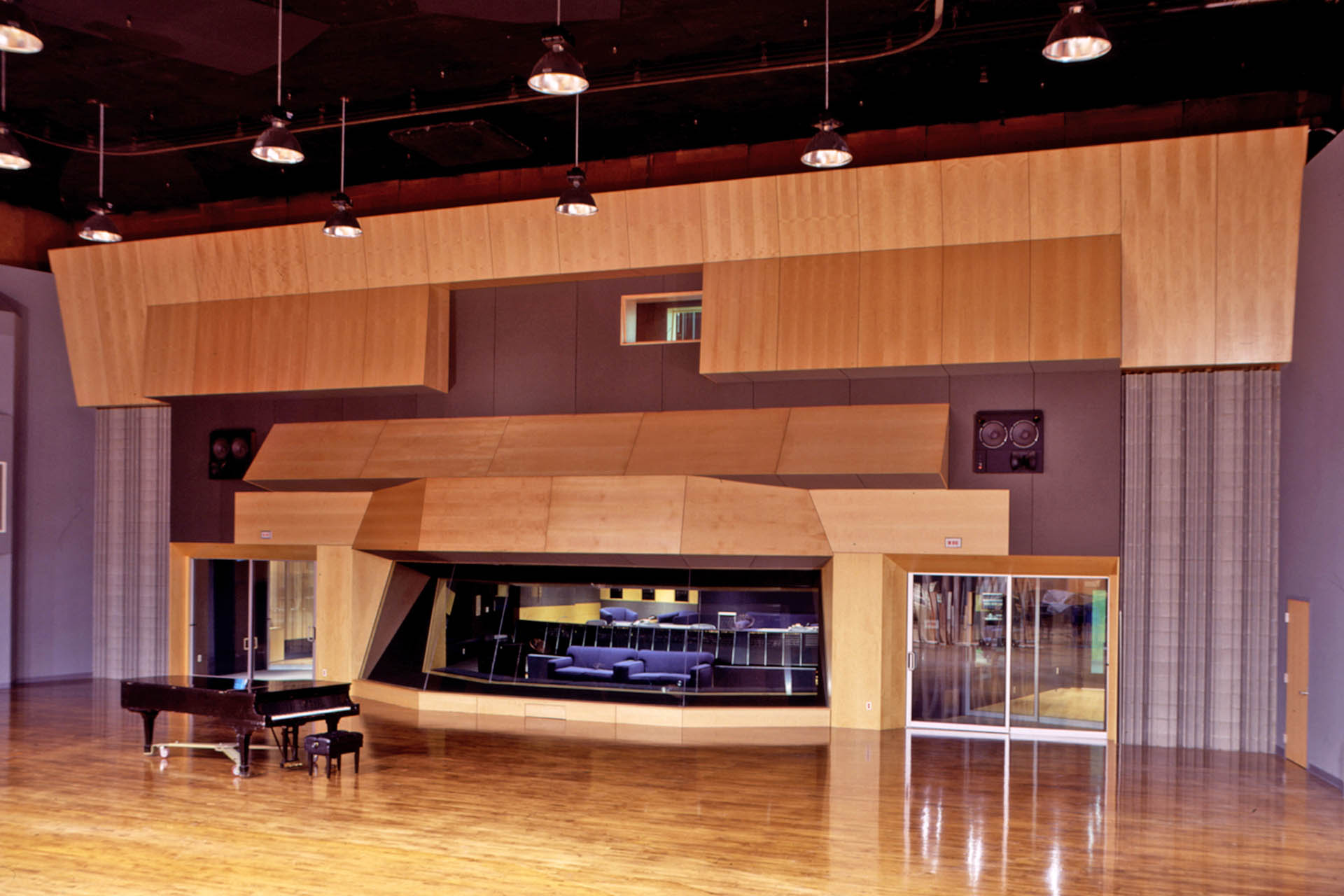 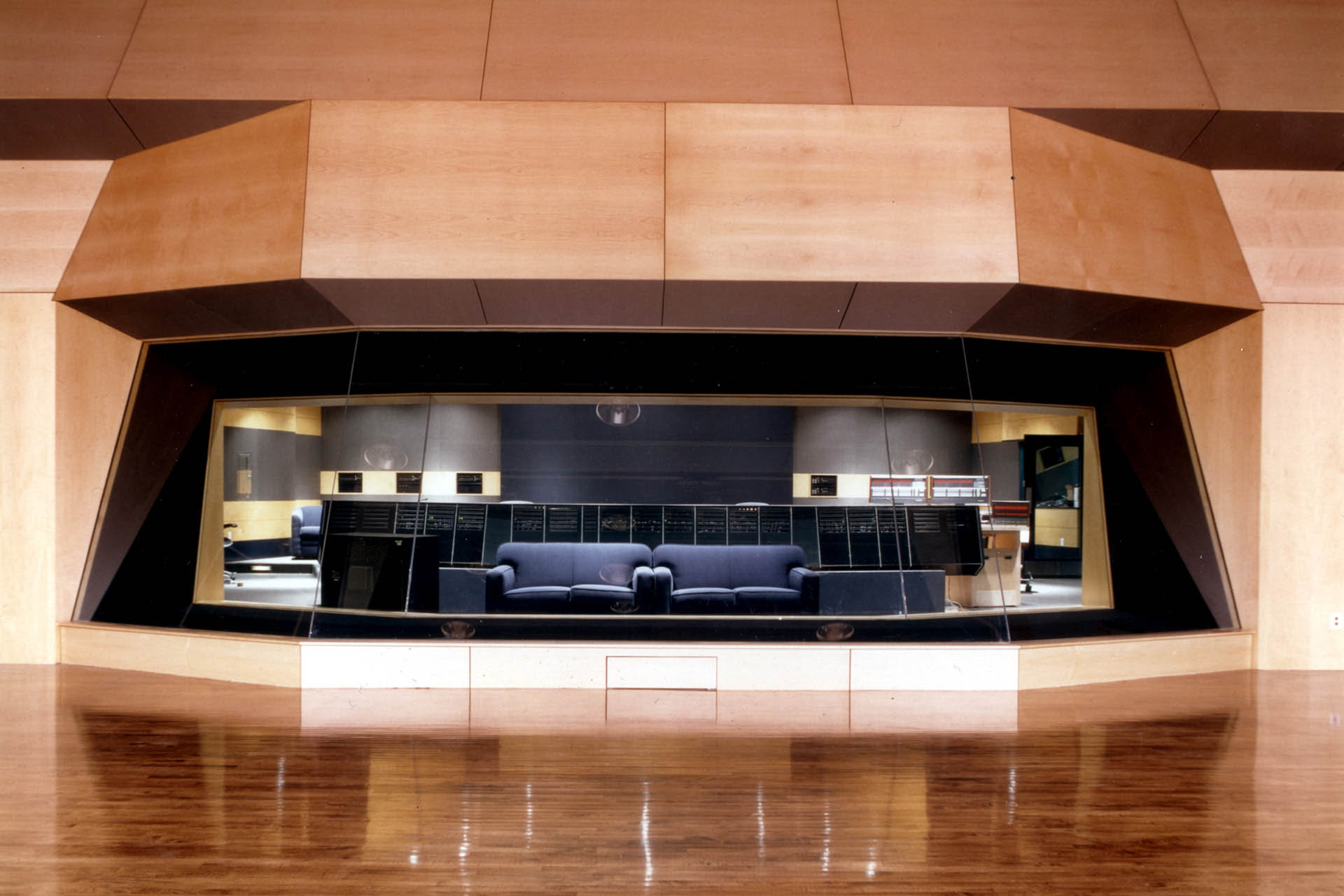 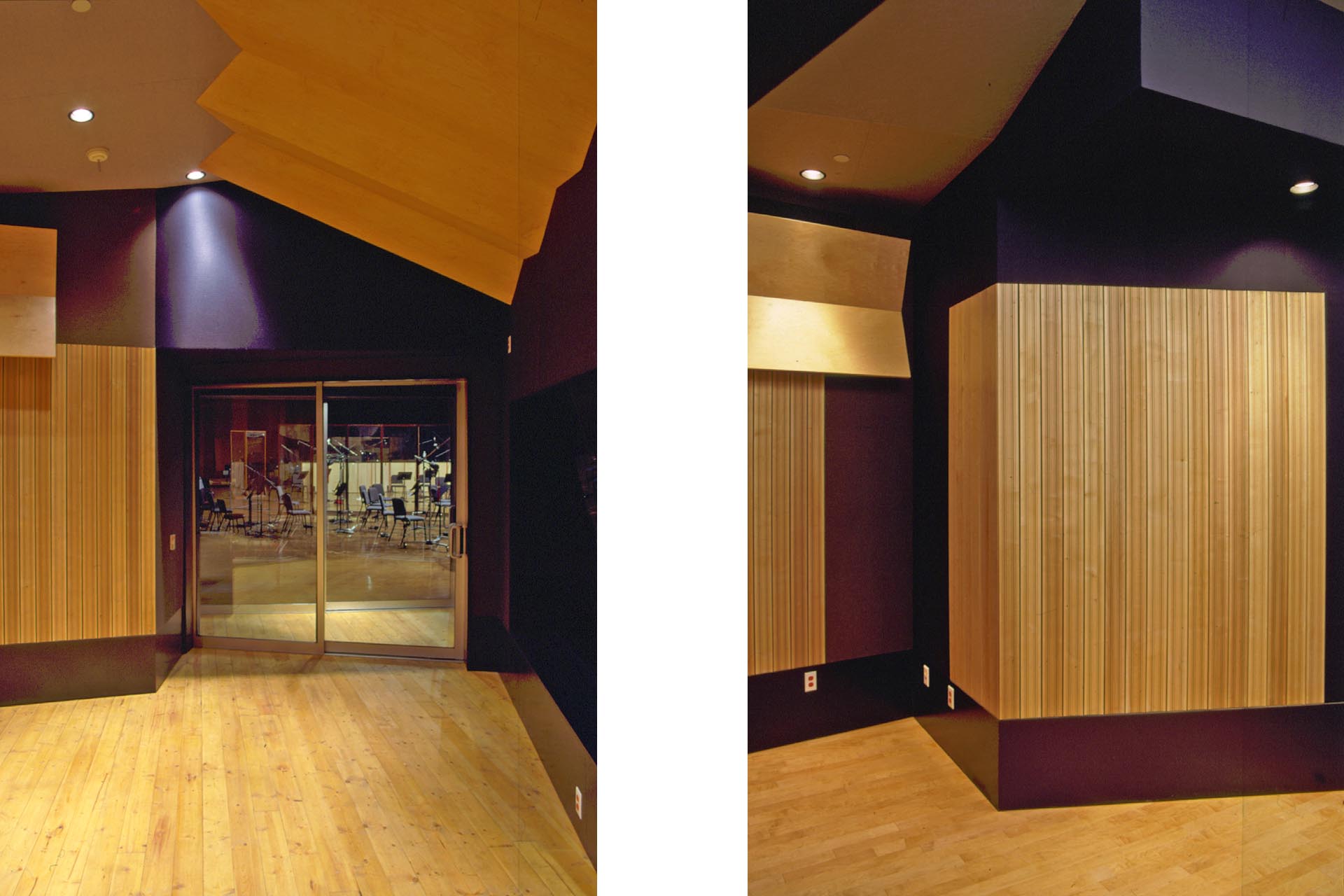 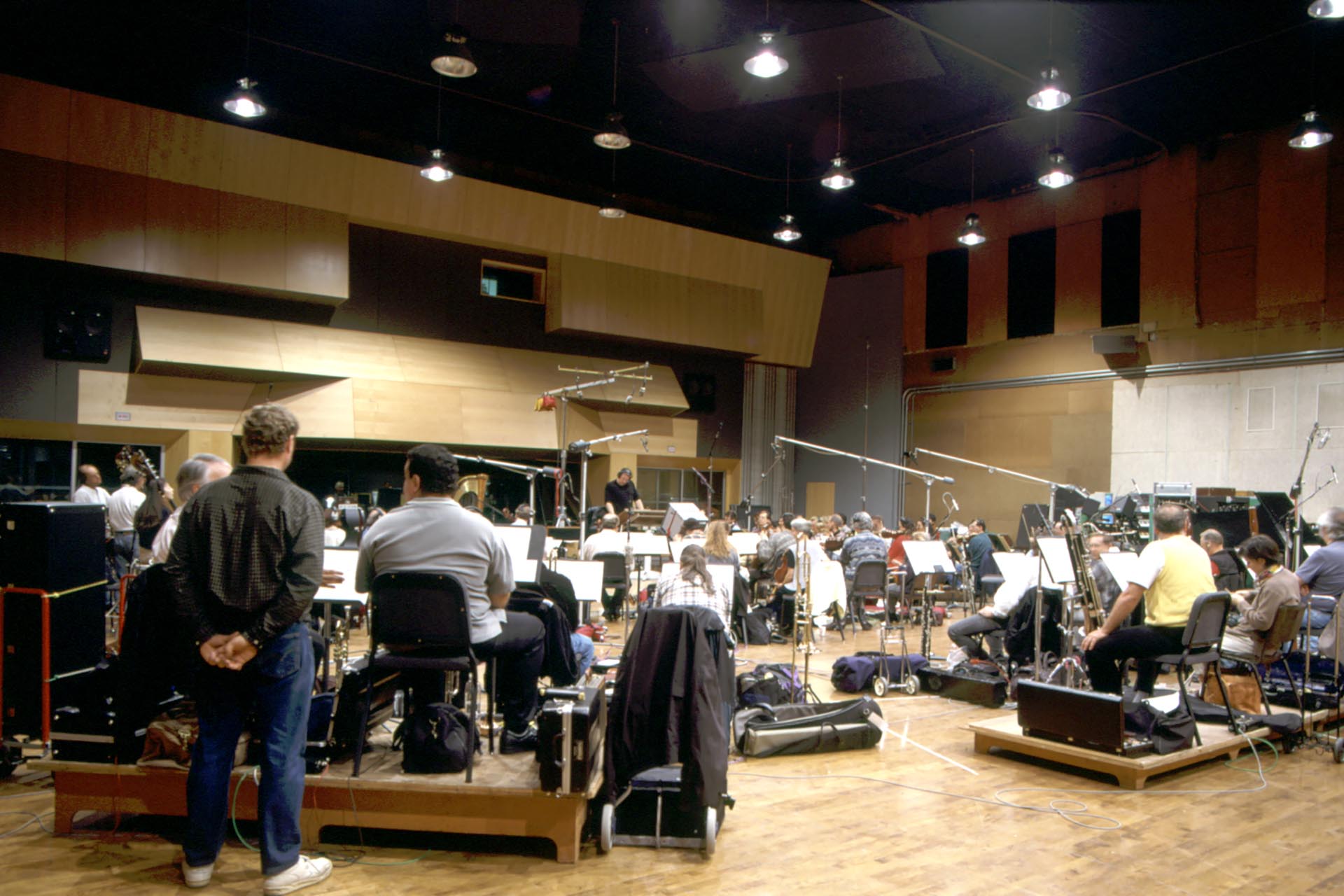 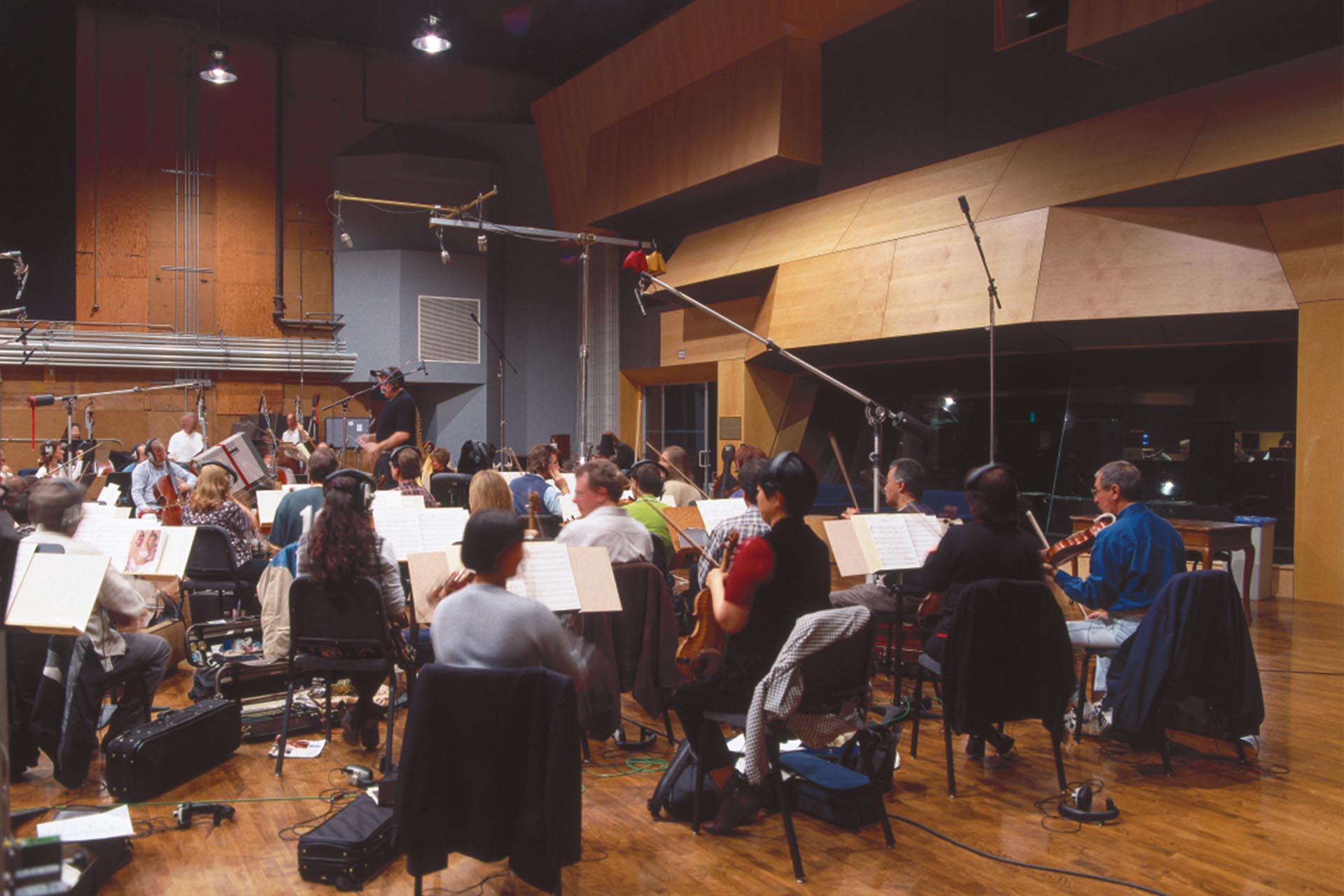 With the addition of a new control room and concurrent major remodel of the newly named Newman Scoring Stage, 20th Century Fox has regained its position as a premier studio film scoring facility in Los Angeles. The first sessions in the new facility included the score for the animated feature film Anastasia, and a re-recording of the traditional Fox Fanfare theme.

The unusually large size of the control room and its adjacent historic scoring stage are emphasized further through the use of large windows, modern materials, and a supreme sound system and acoustic environment. The 7,500-square-foot open space was originally built in 1928 as a shooting stage for Fox MovieTone Pictures and converted to a scoring stage a few years later. The original control booth was located on the second floor until 1975, when a control room was built inside the stage, taking up nearly a third of the room.

The purpose of the new project was to reclaim the lost area on the stage, and to build a control room that would be appropriate for contemporary needs of users and equipment. The control room had to live up to the sonic quality of the stage itself, which needed to maintain or even improve its acclaimed acoustics.

The large window, made possible by cutting through two massive concrete sound isolation walls, allows a complete view of the stage. The front wall around the window is clad in sound absorbing sintered aluminum panels.

The stage itself, dedicated in honor of past Fox Music Directors Alfred and Lionel Newman, is now brought back to its original size. The new east wall of the stage complements the original three walls, and further enhances the acoustical and visual properties of the stage. The new wall features dramatic geometric shapes clad in maple panels, concrete diffusor blocks, and includes talkback speakers and a film projection window. The restored hard rock maple floor, microphone panels and a new DC lighting system complete the remodel.