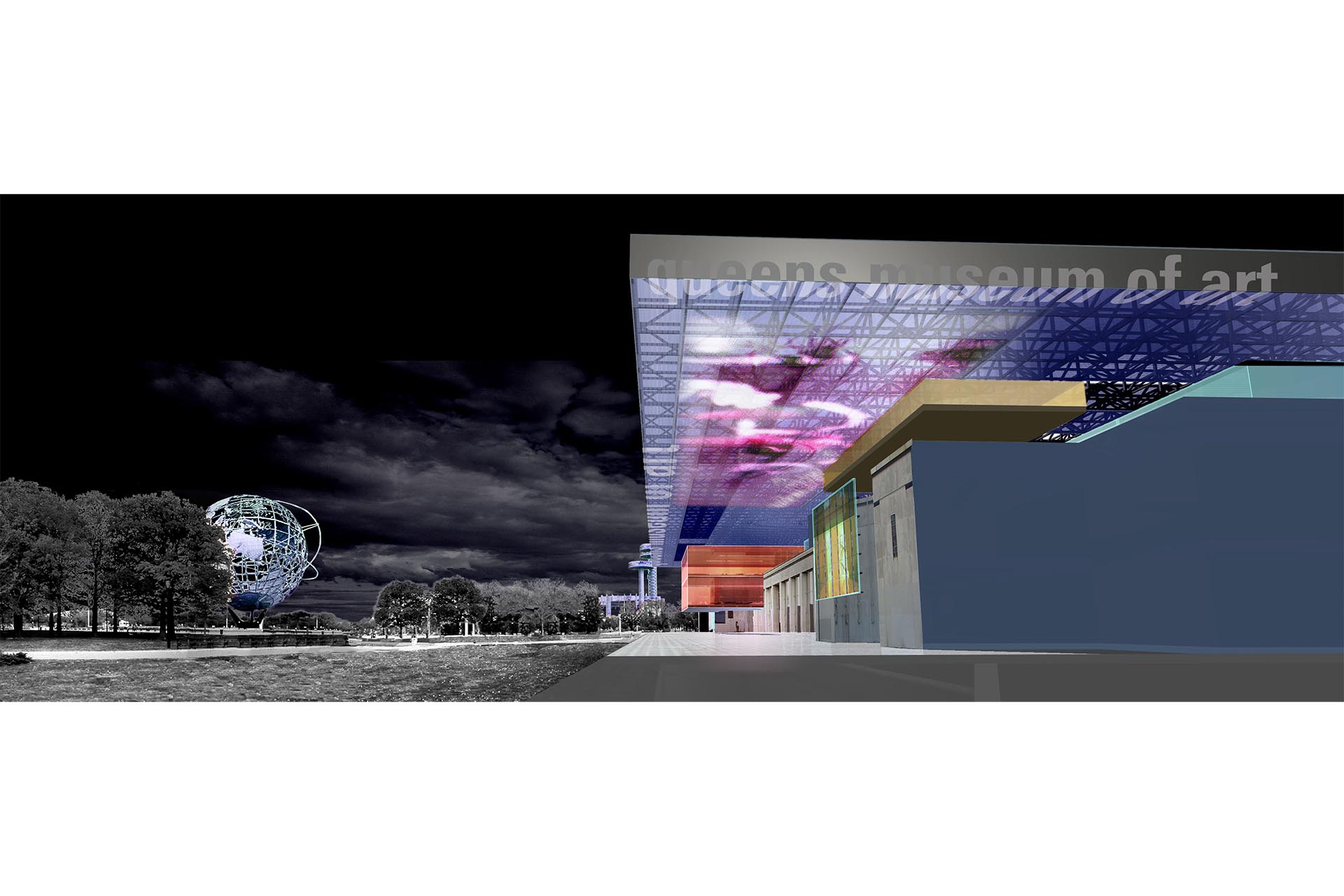 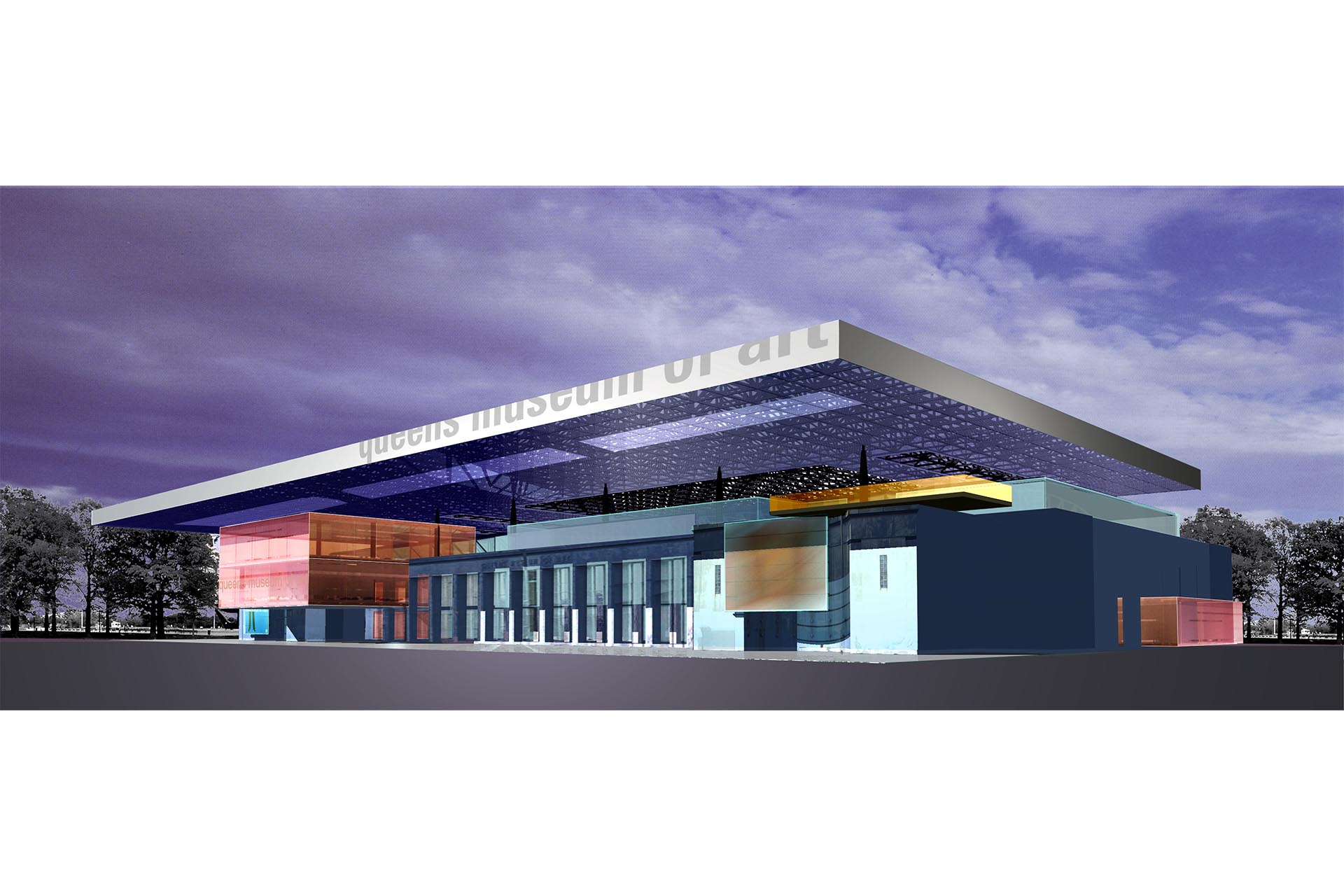 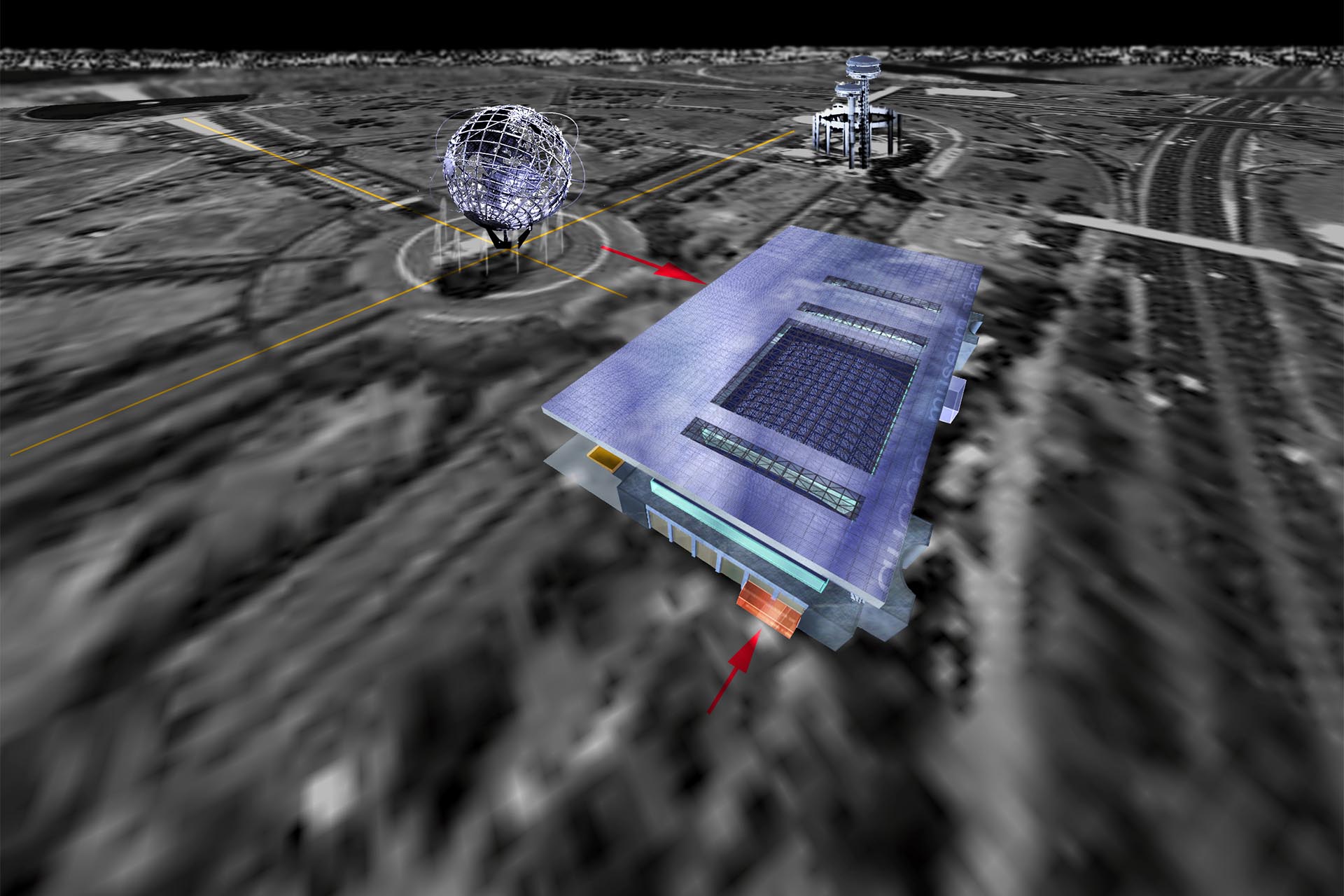 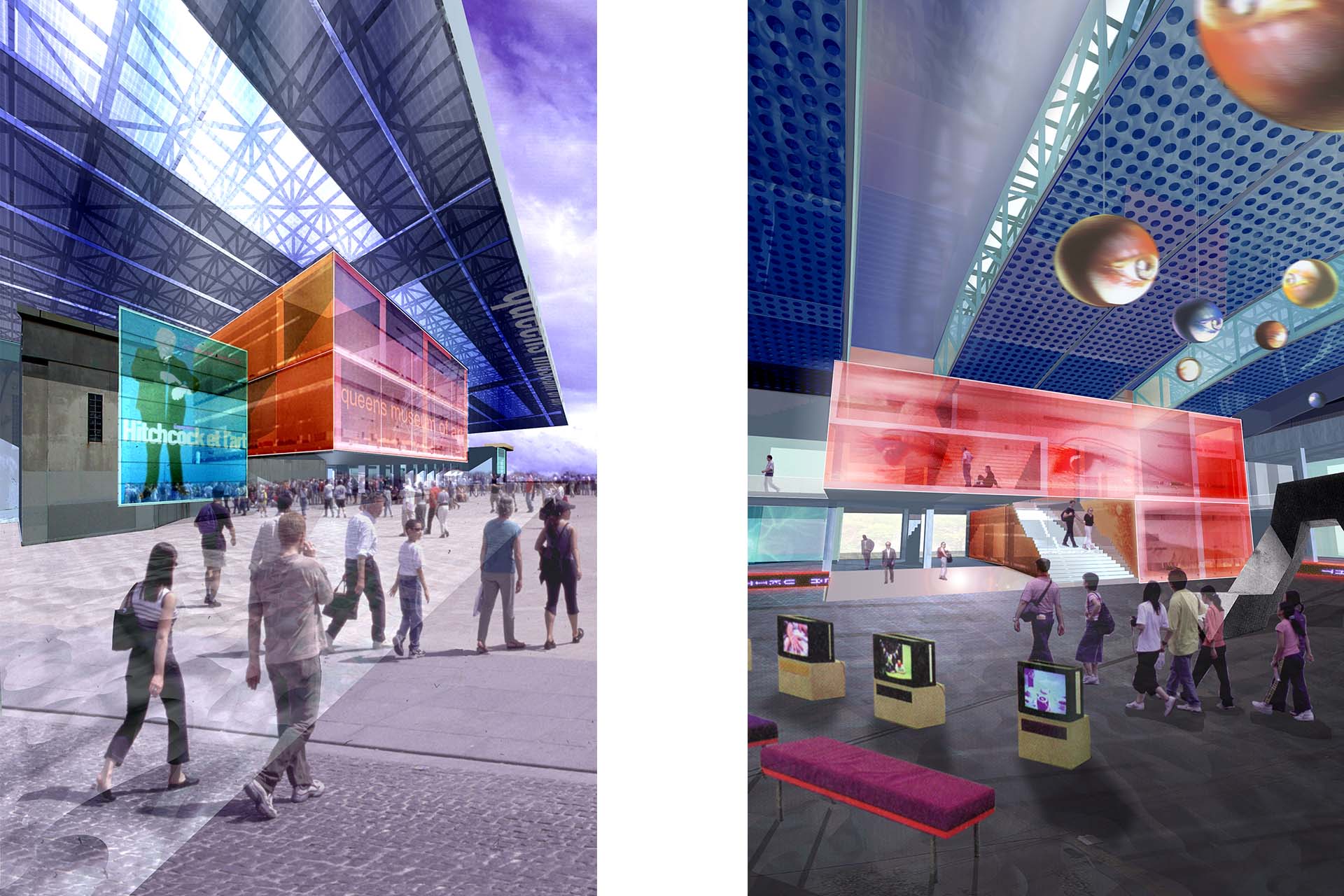 The role of contemporary art juxtaposed with the history of the site creates an energized combination. The notion of disparate groups coming together through curiosity is common to both the World’s Fail and contemporary art. Architecture performs an analogous critical examination of the existing conditions on the site by exploring varied thinking and goals. These influences evoke a design for the QMA which mediates between the past and present while looking vigorously to the future.

Through a reductive process, the existing shell founds a new design strategy. It has been eroded to perform as a permeable enclosure that is able to support a flexible framework for exploration and experimentation.

The floating roof plane performs as an overturned plaza, publicly accessible and expansive. Spatially inclusive, it draws the exterior into the museum and the interior outward. It anchors the building visually while including the surrounding site, thus creating a variety of public spaces.

The inserted columns are localized nodes of potent activity set into a framework of the existing shell. They structure both horizontal and vertical traffic through the exhibit galleries. Their simple forms complement the complex content of the museum exhibits.

competition entry, first alternate for final round of five