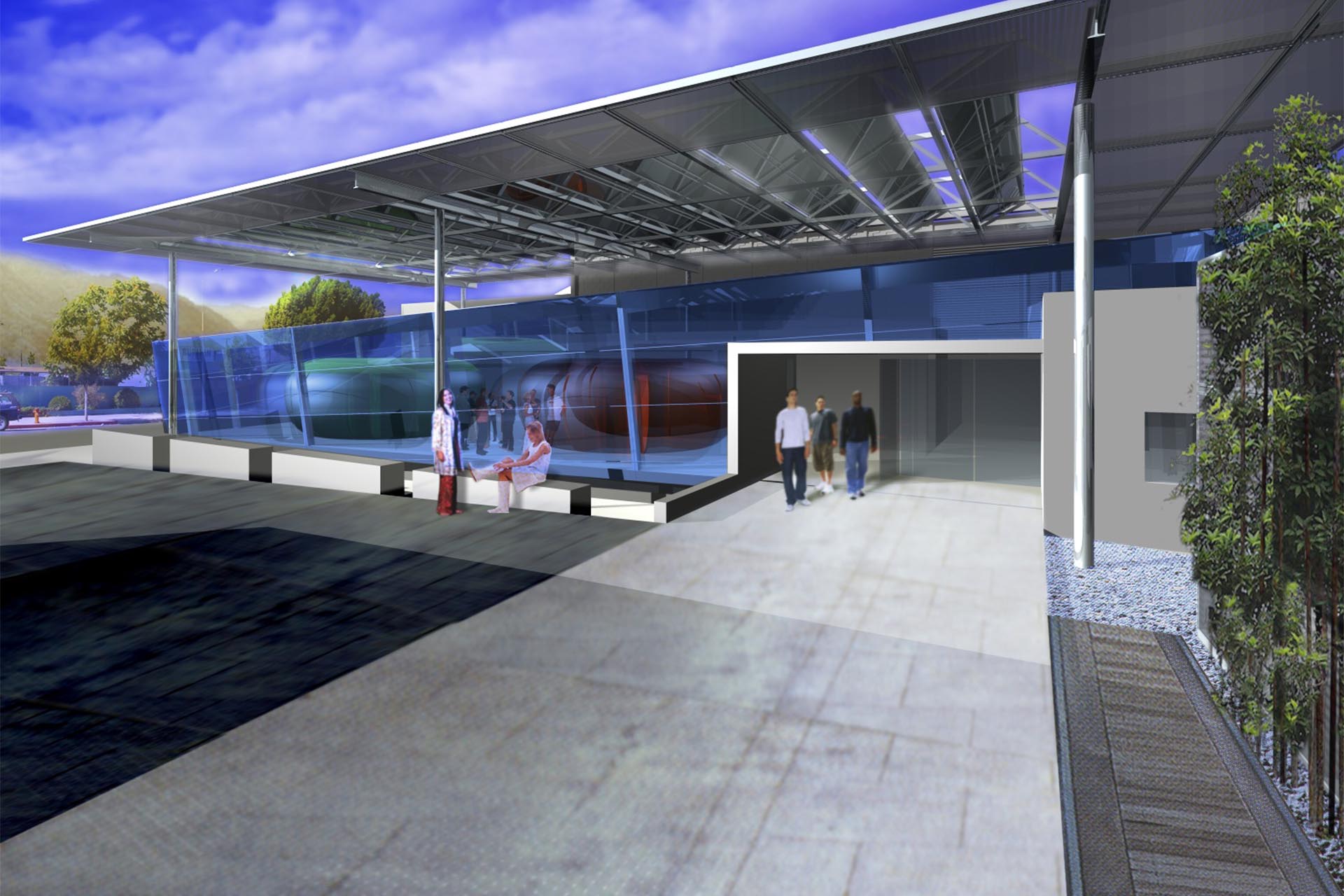 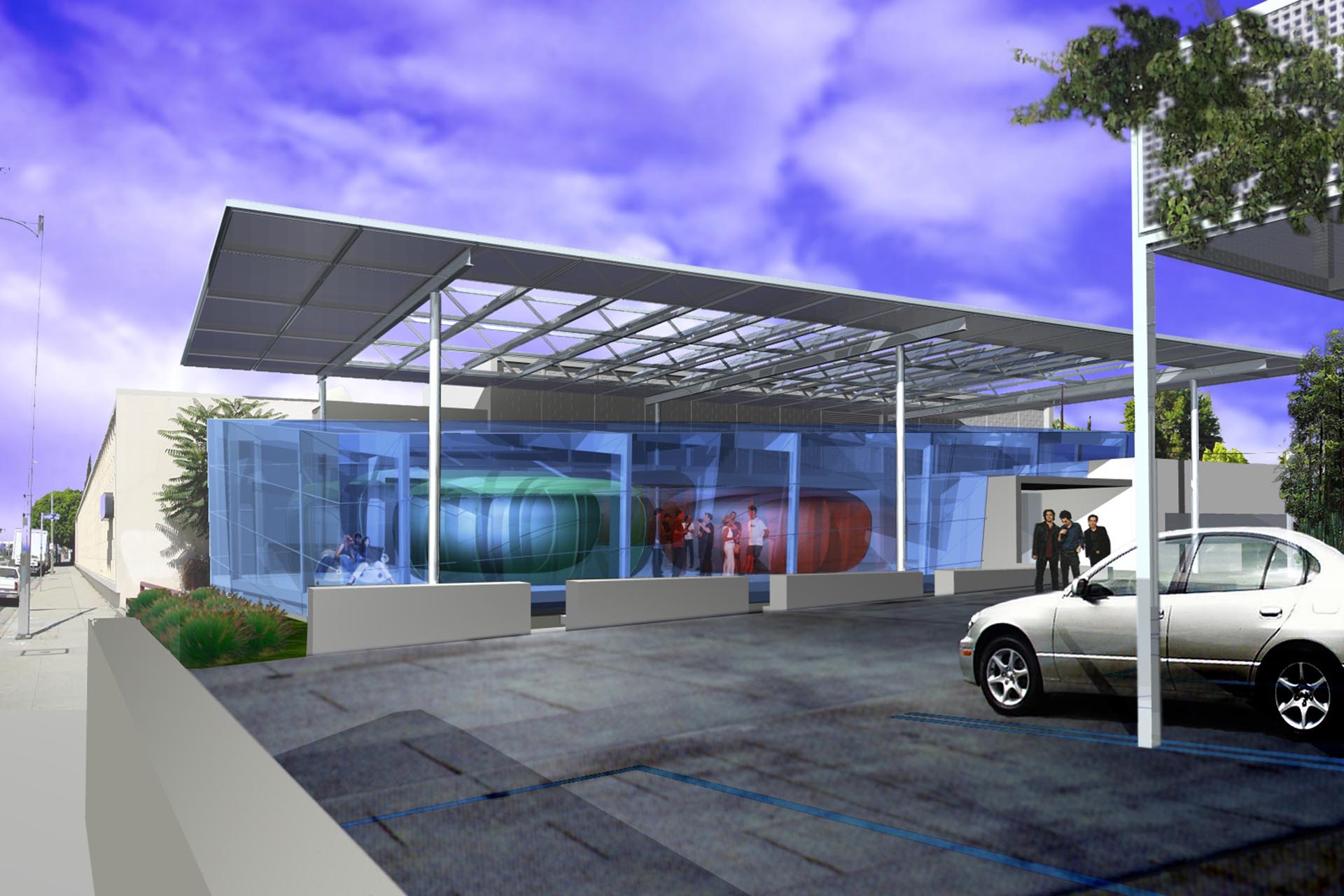 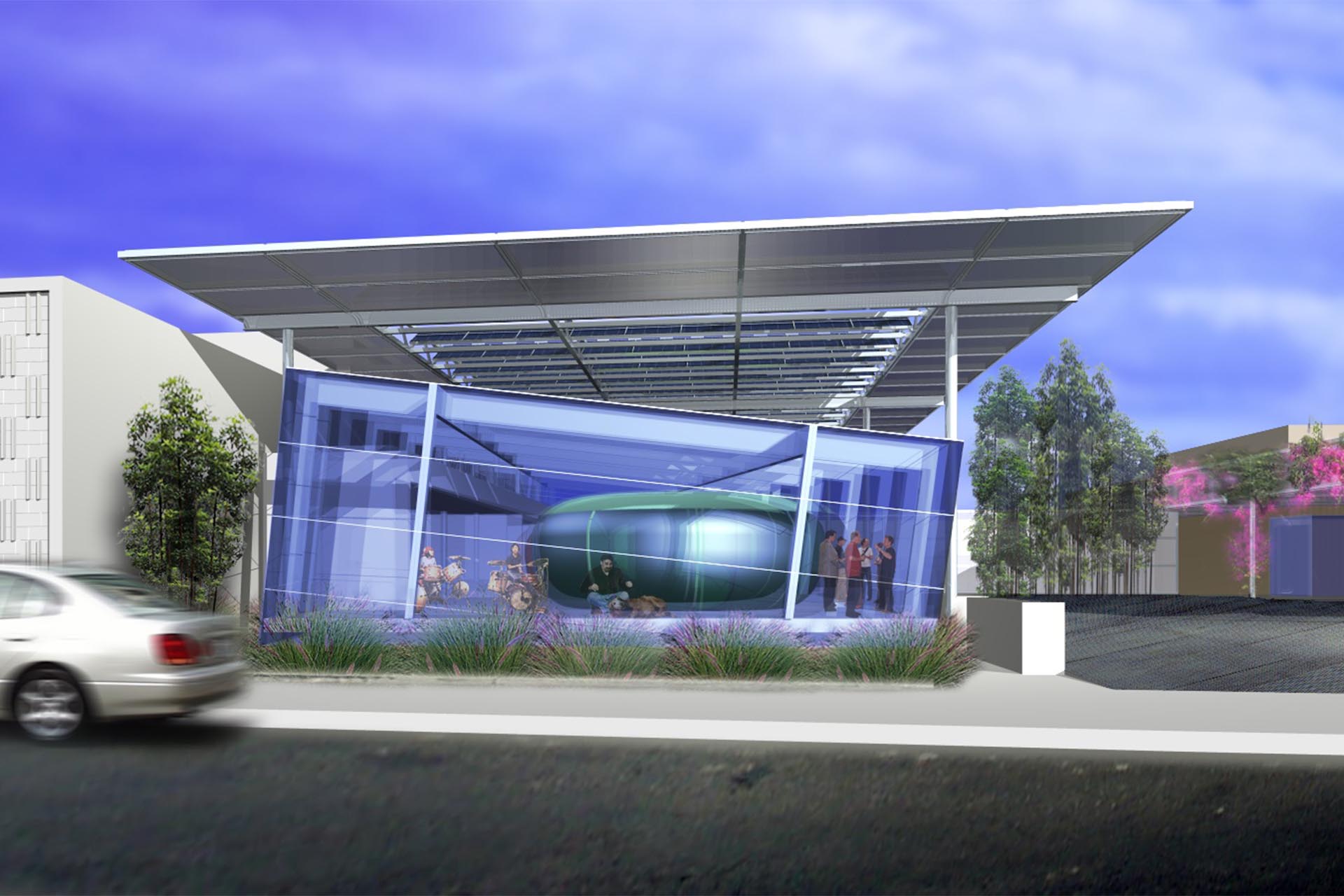 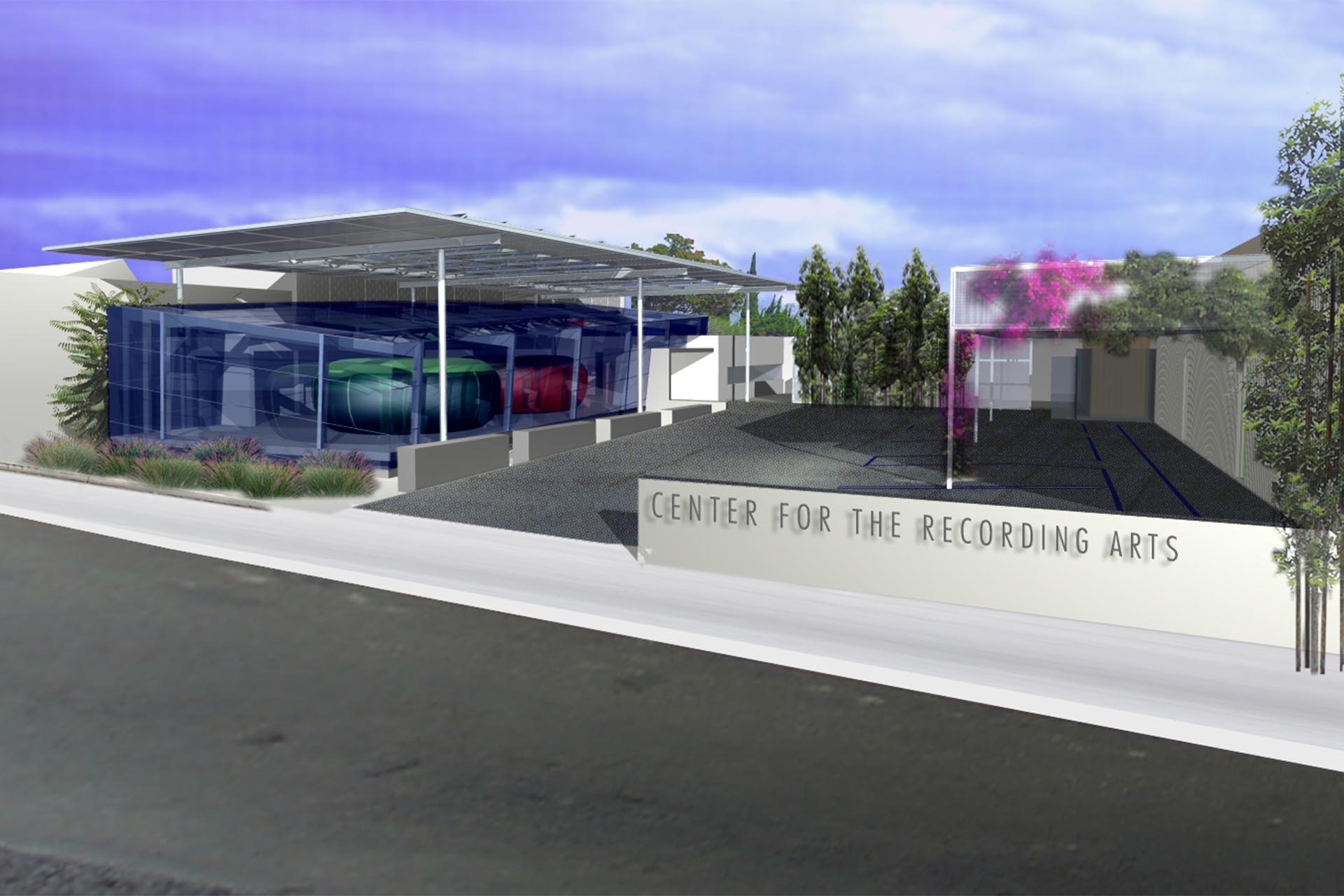 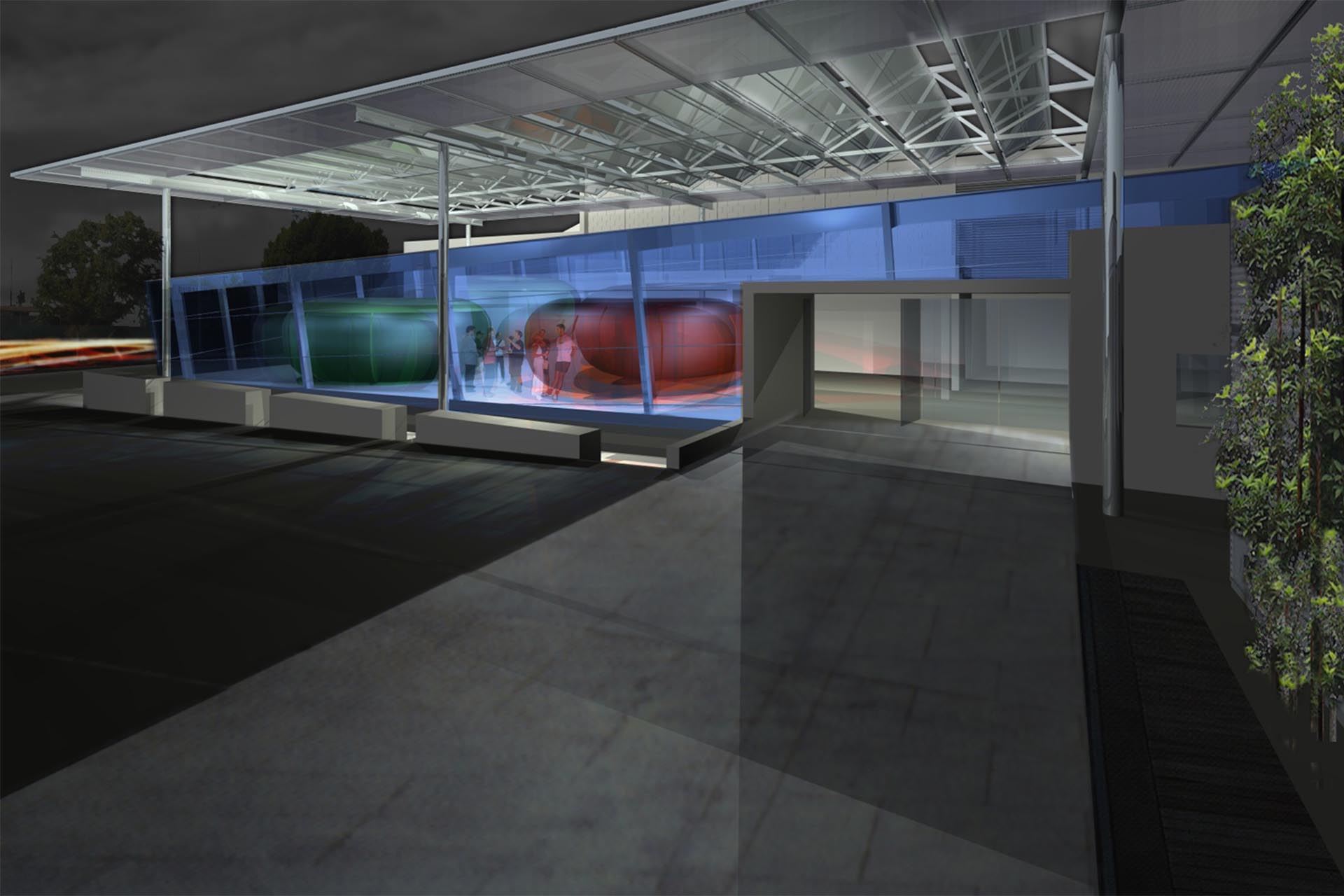 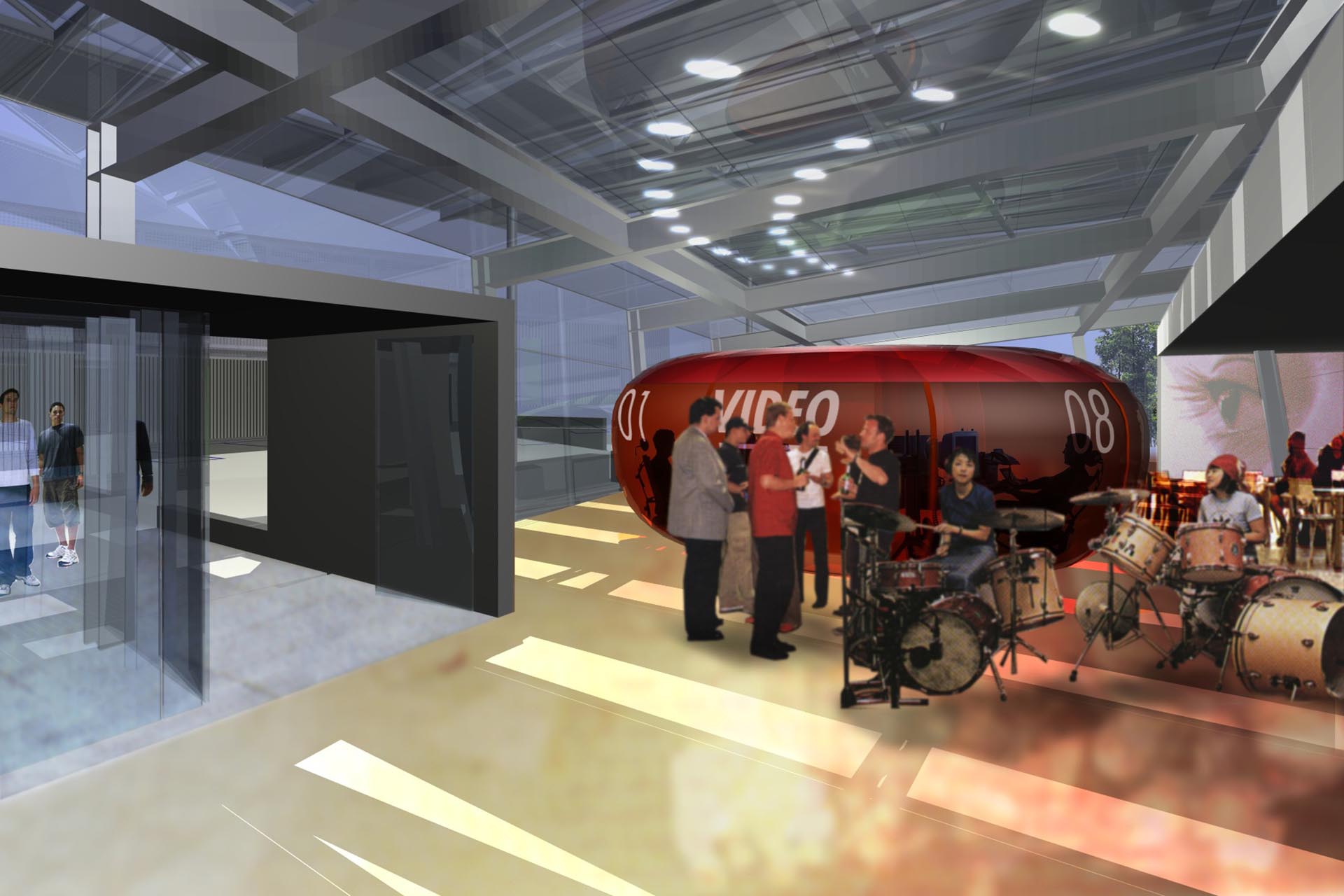 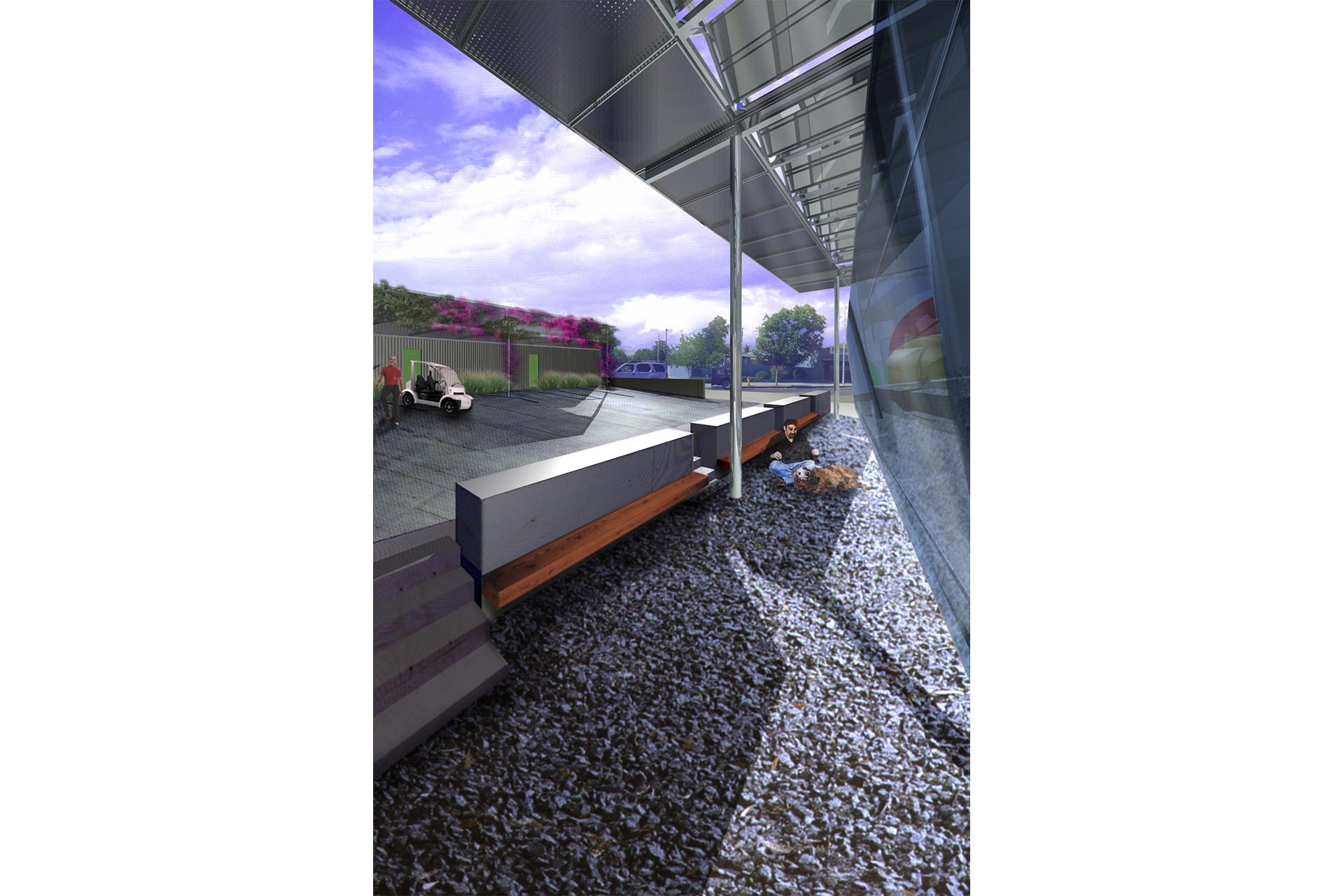 Center For The Recording Arts

In the 1994 Los Angeles Recording Workshop built a new school facility in a former bank building in North Hollywood. The main studio teaching space was designed by studio bau:ton, and served as the signature space of the school. Six years later the school site was included in a redevelopment zone by the City of Los Angeles, and another move became necessary.

Two buildings, totaling 32,00 square feet, former laboratory spaces for a health maintenance organization, were chosen for the new school, only about a mile away. The new site is adjacent to Royaltone Studios, one of a long lineup of commercial studio facilities along Magnolia Boulevard. An existing courtyard between the two structures adjoins the street, and serves as the entry point to both buildings.

Concurrently with the move, the school’s name was changed to “The Center for the Recording Arts.” And the student population increased to twice its former size. The new classrooms and study labs provide and environment that mirrors the excitement of the education itself. New recording-lab spaces closely resemble the real conditions in professional studios but have been modified for the express purpose of recording instruction. The larger western building houses recording studios and computer labs, while the eastern structure is dedicated to classrooms, and auditorium and administrative offices. The courtyard between the two buildings serves as a recreational space and connects them spatially.

A titled glass box inserted into the courtyard hosts the student lounge, and by exposing the activities and the energy of the institution contributed to the open and relaxed feeling of the school. A canopy screen of photovoltaic solar panels is suspended over the glass box, simultaneously shading the glass and generating energy for the equipment power and the cooling need of the buildings. Two round pods housing computer and listening stations are placed within the glass volume, accessible to the students at all times for self-guided classes and study.

The architecture of the studios and common areas is relaxed and straightforward, with natural light added to the common areas, and industrial materials used for aesthetic and visual purposes.

design 2003; canceled due to community opposition