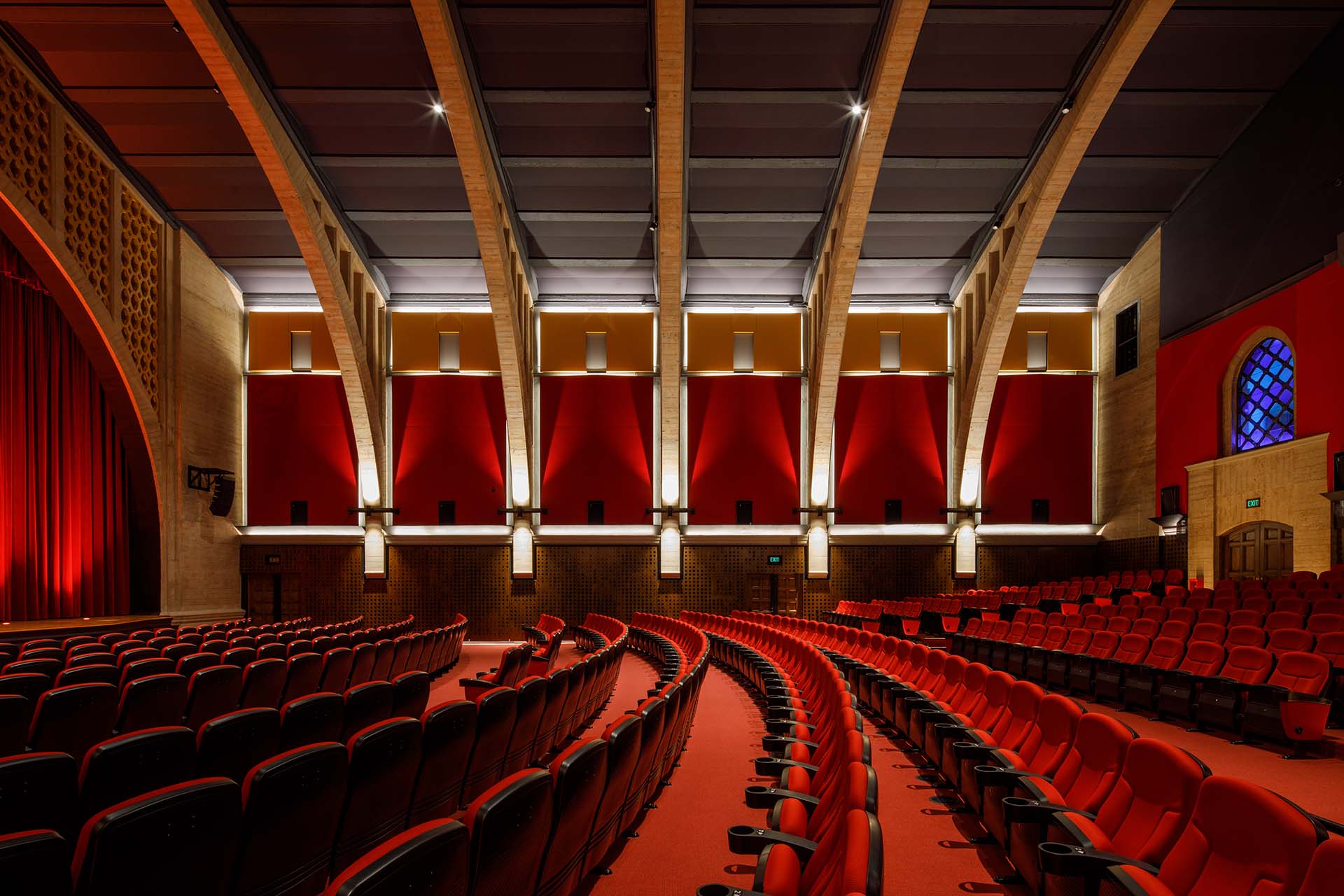 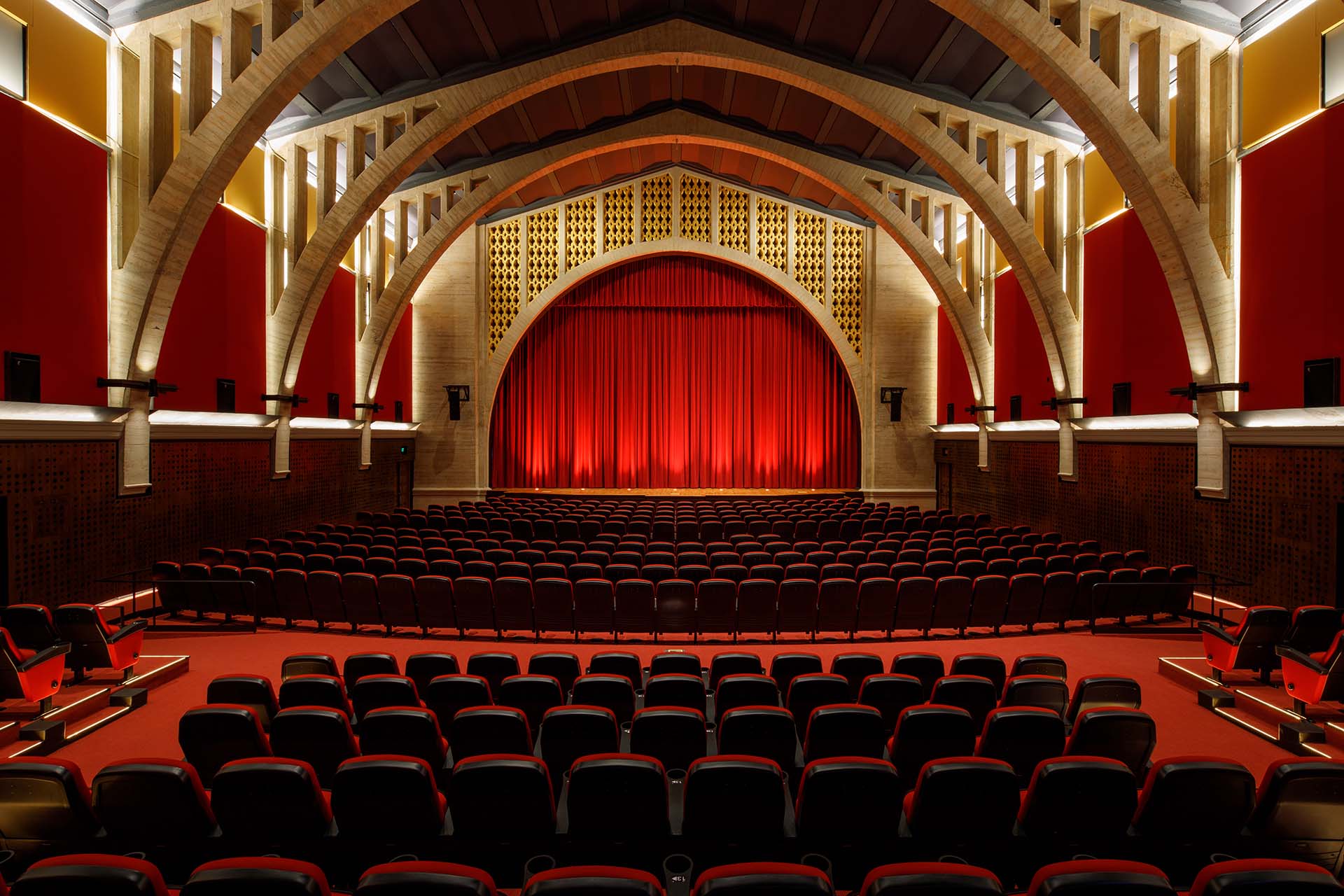 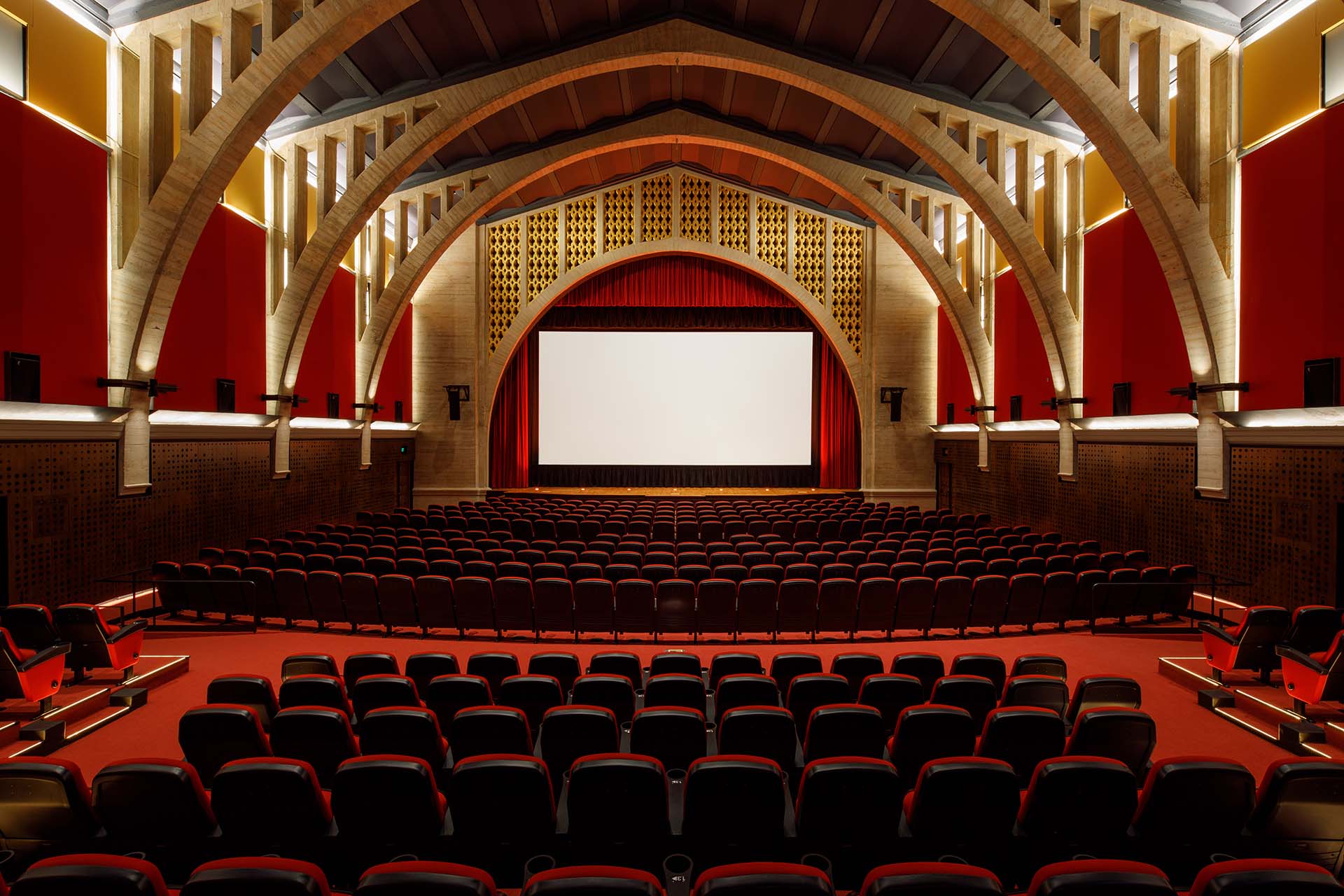 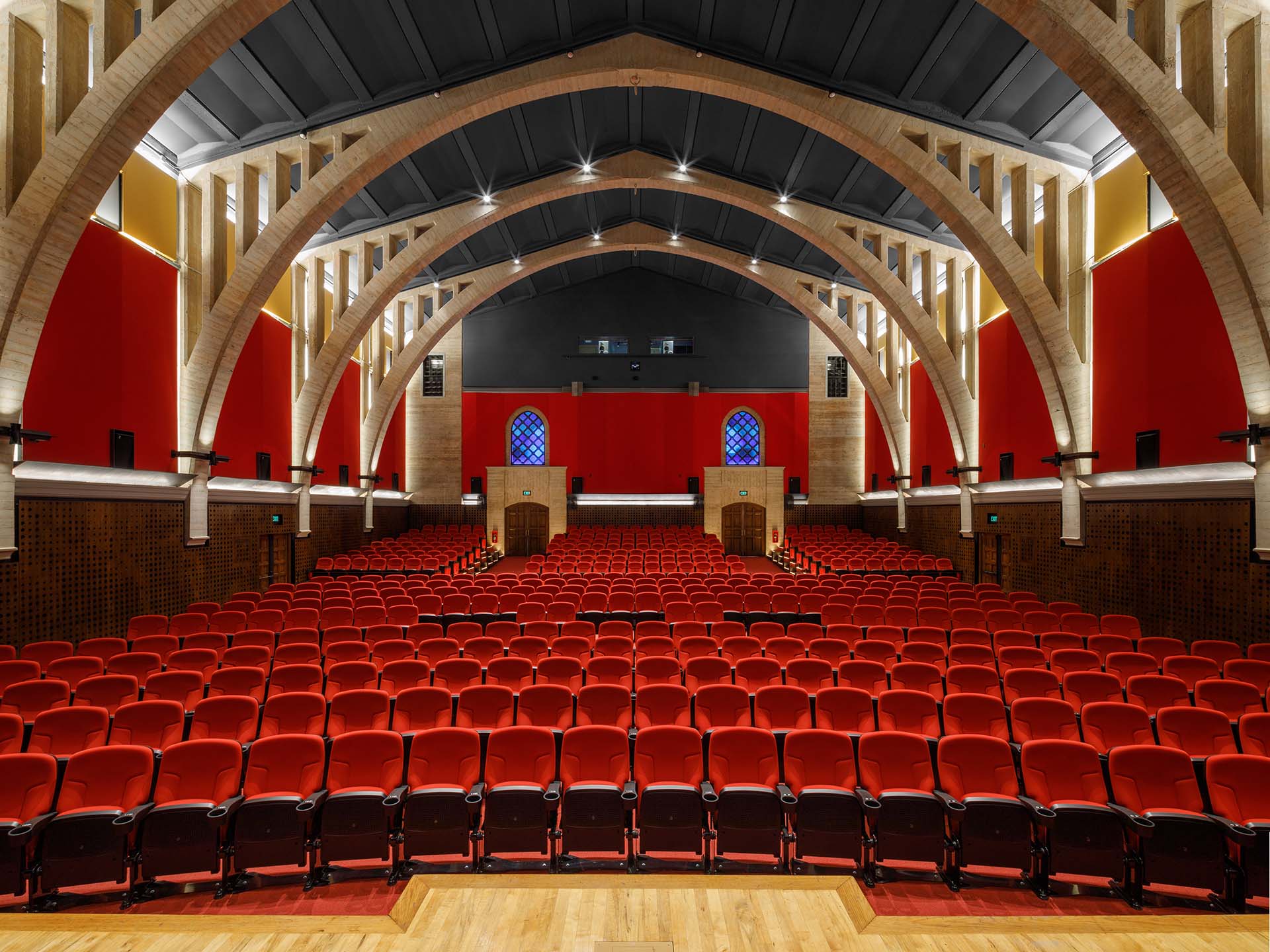 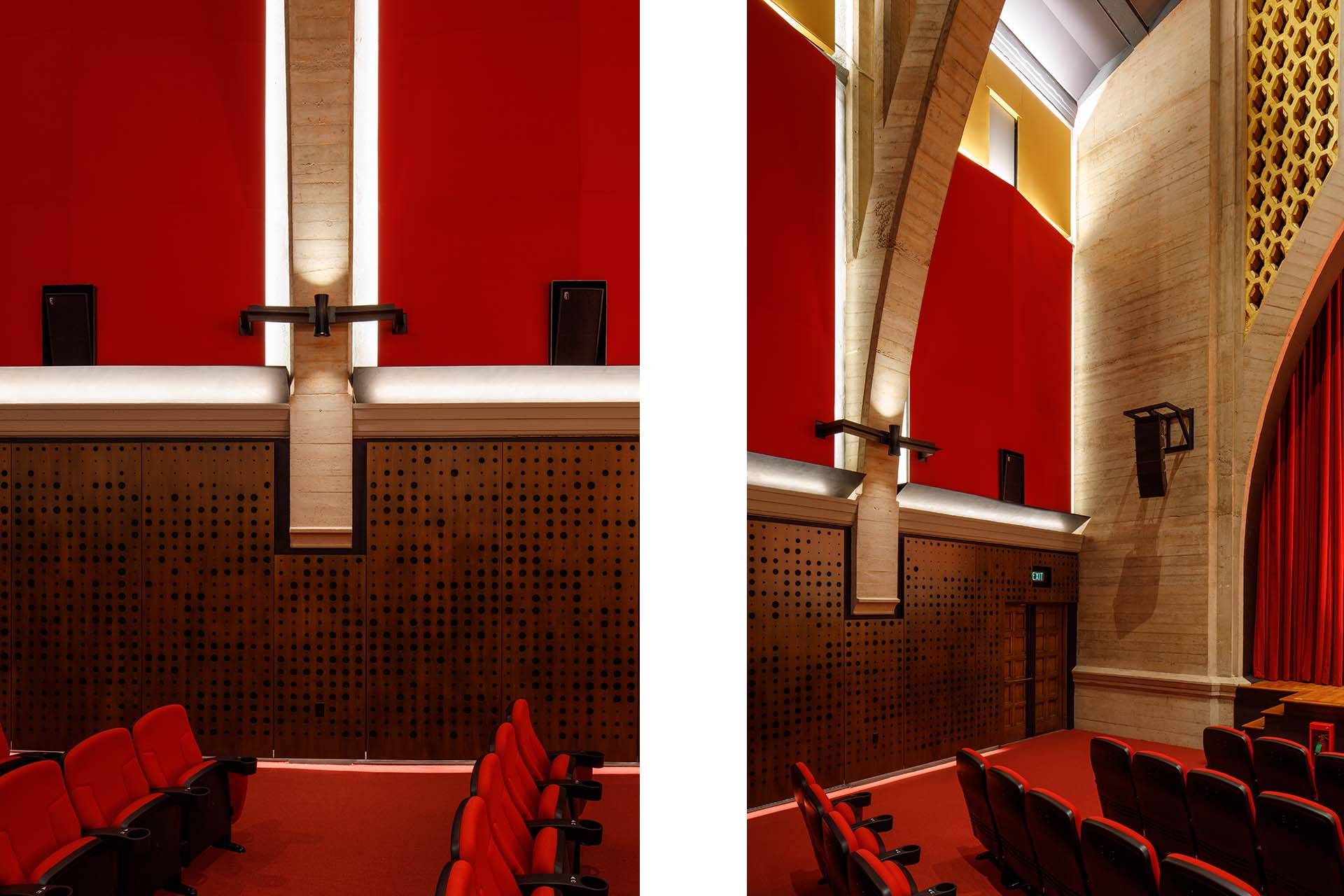 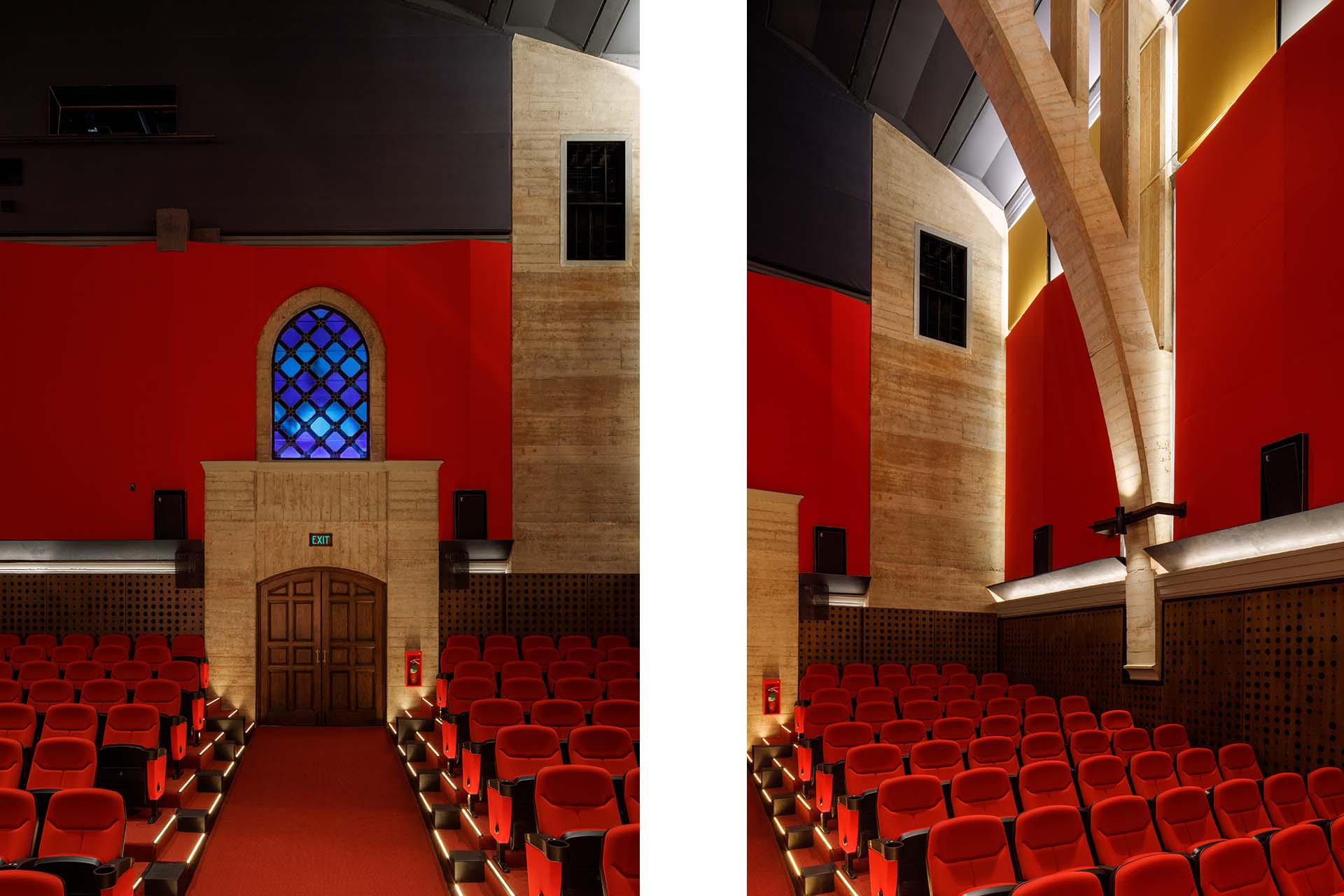 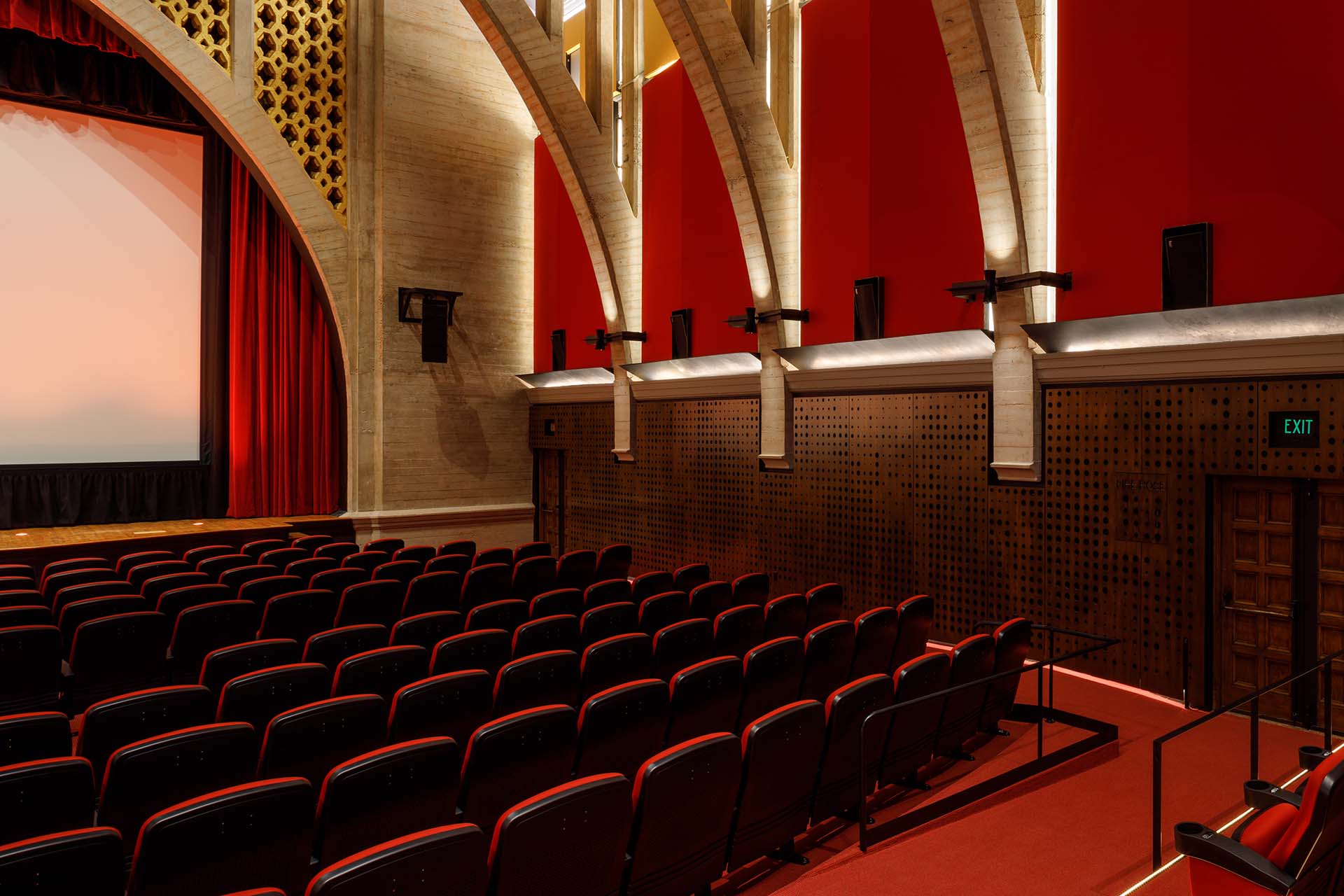 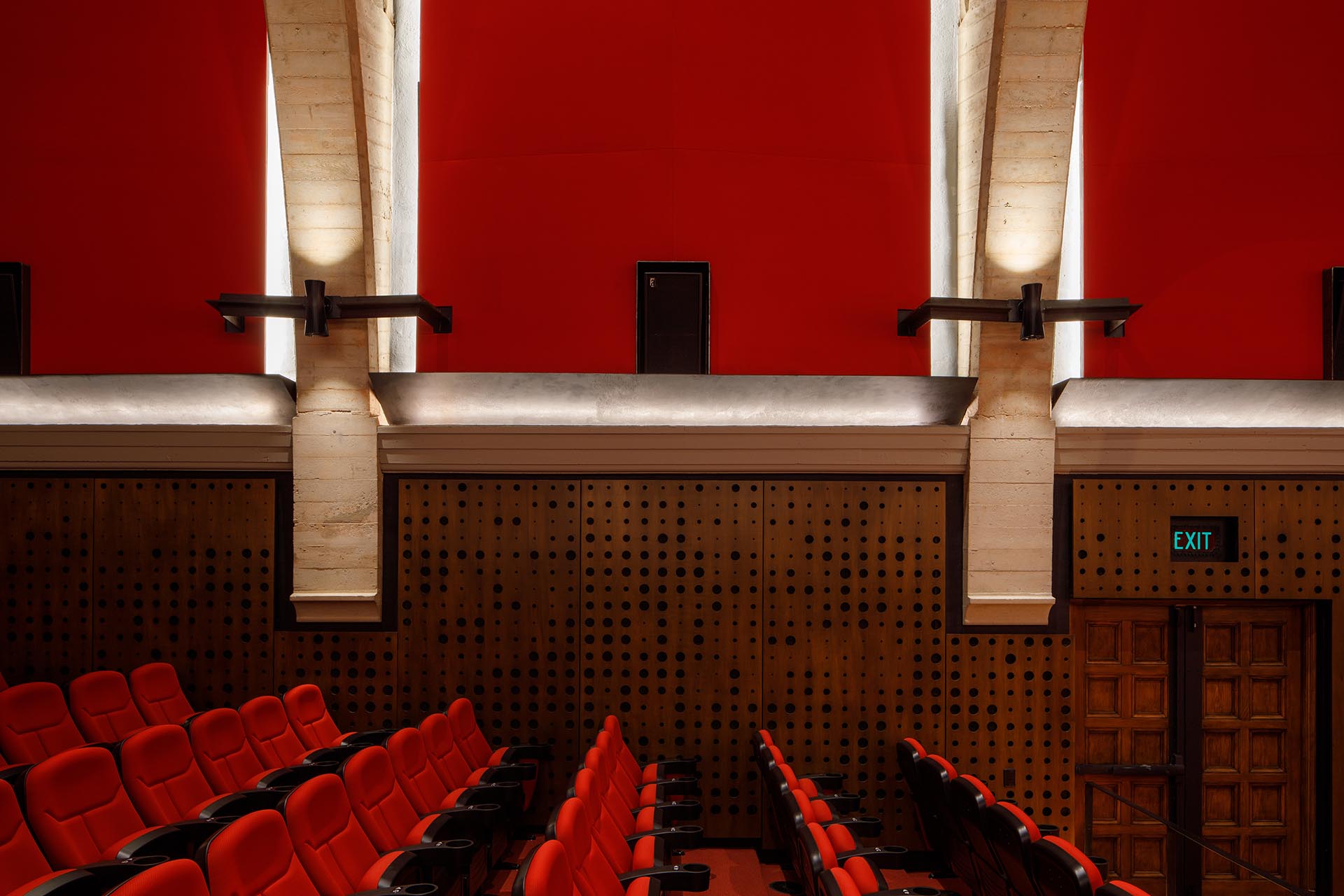 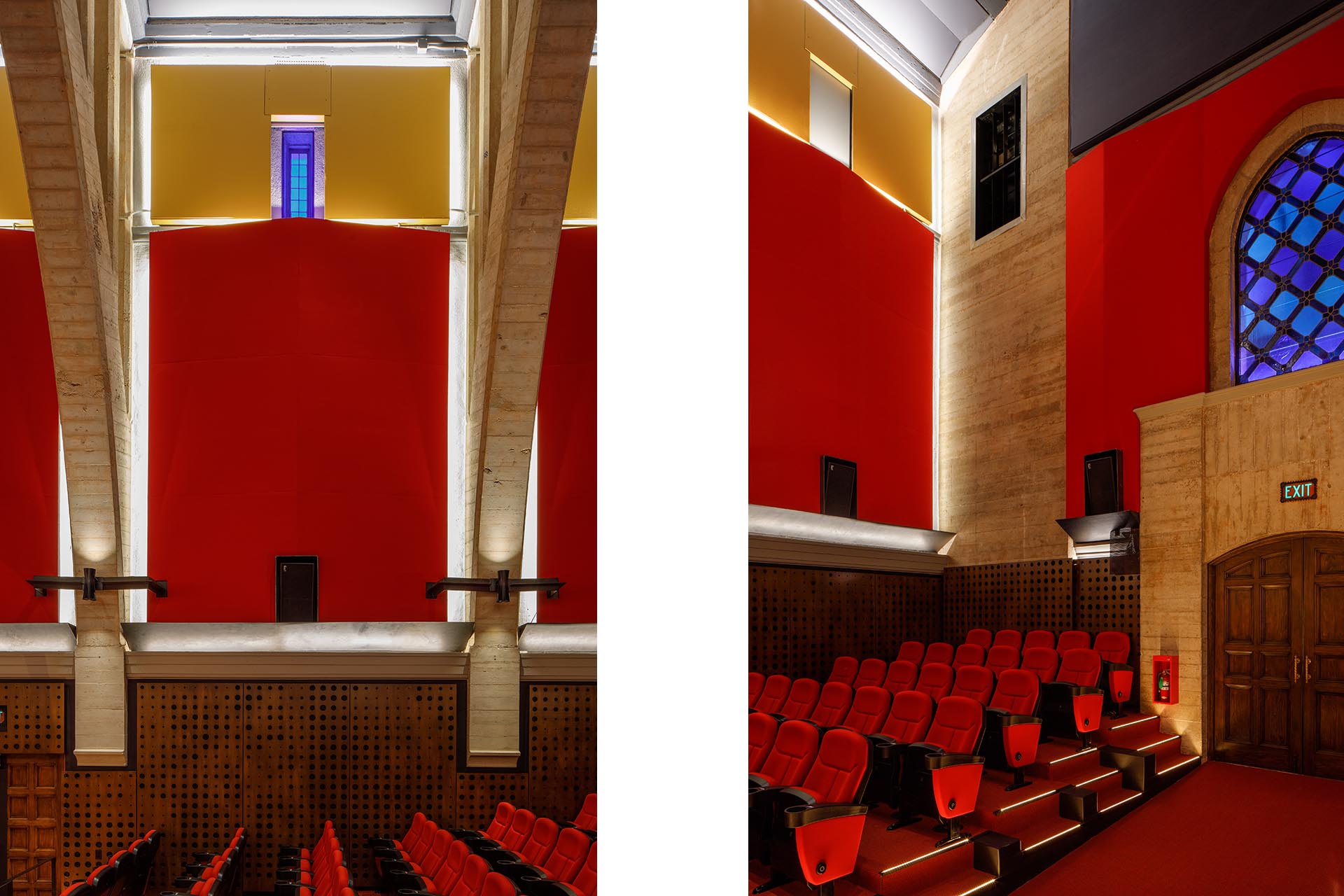 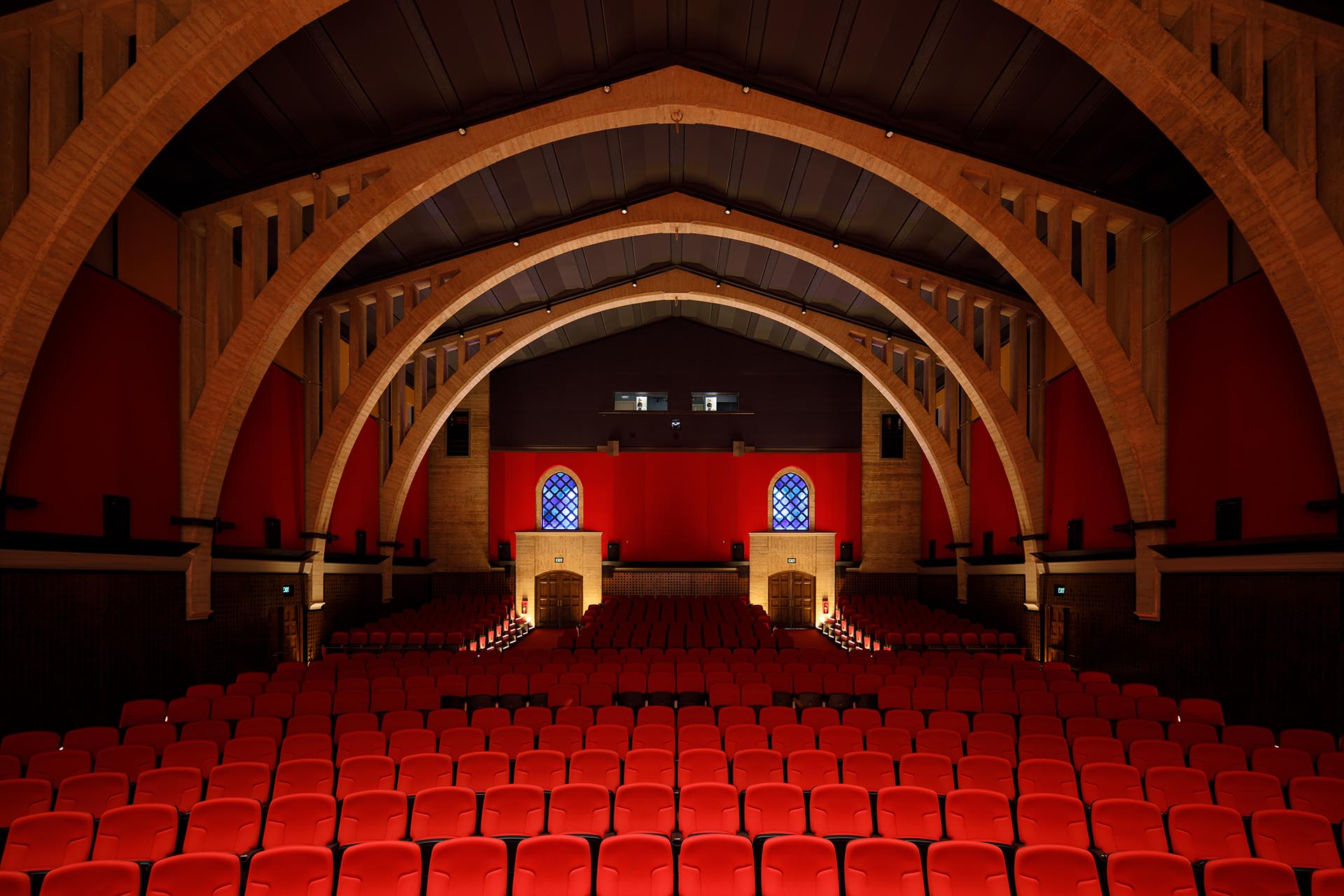 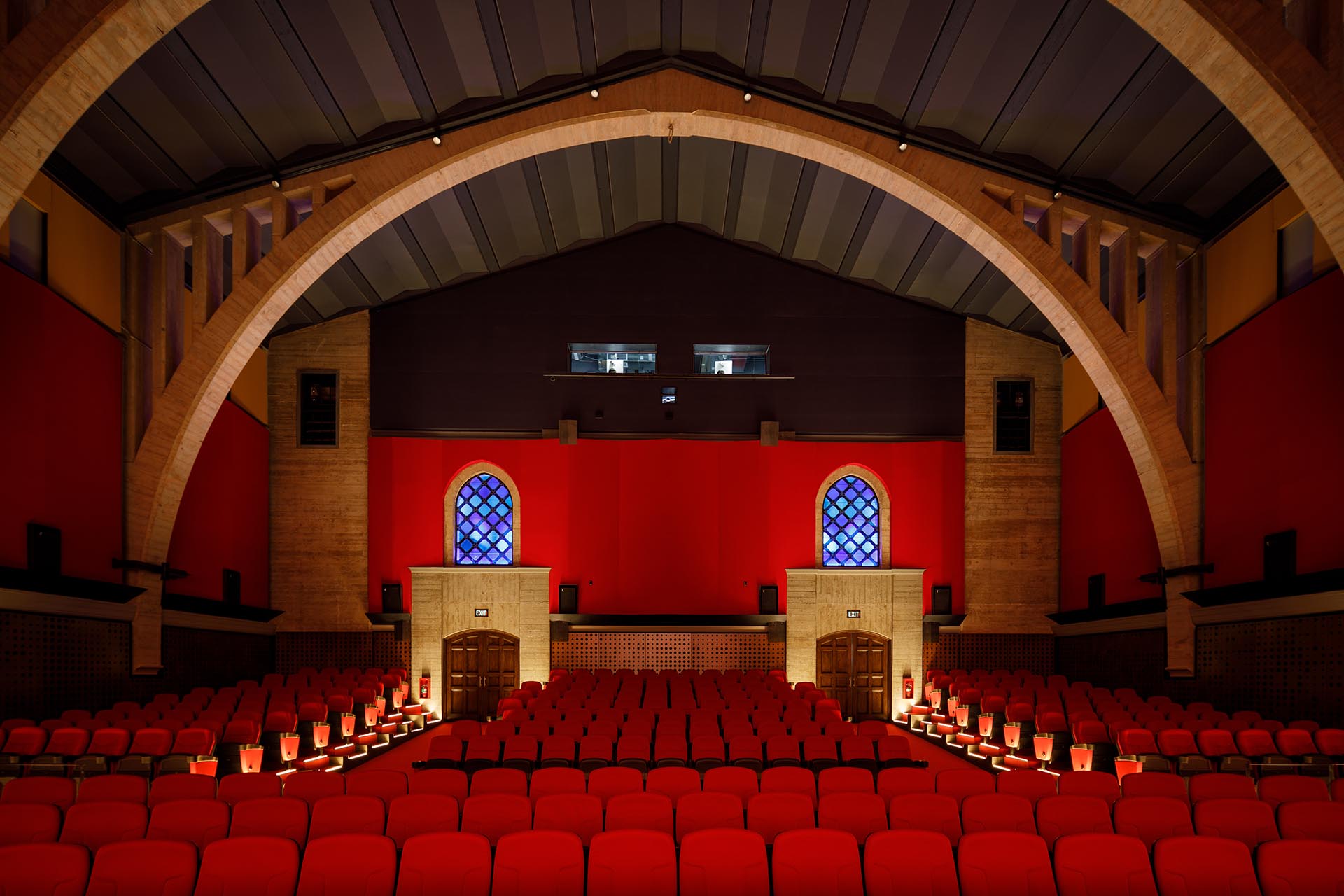 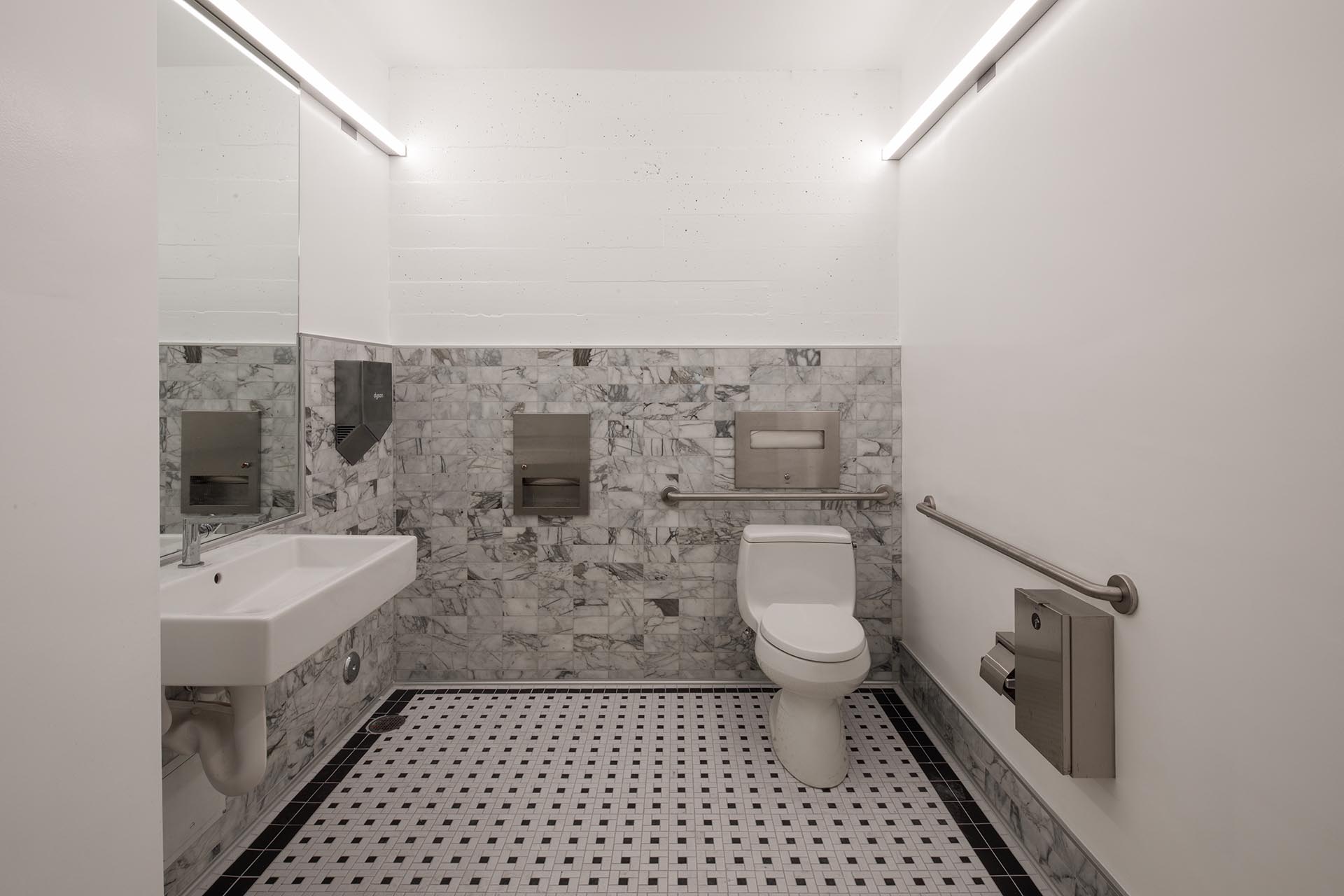 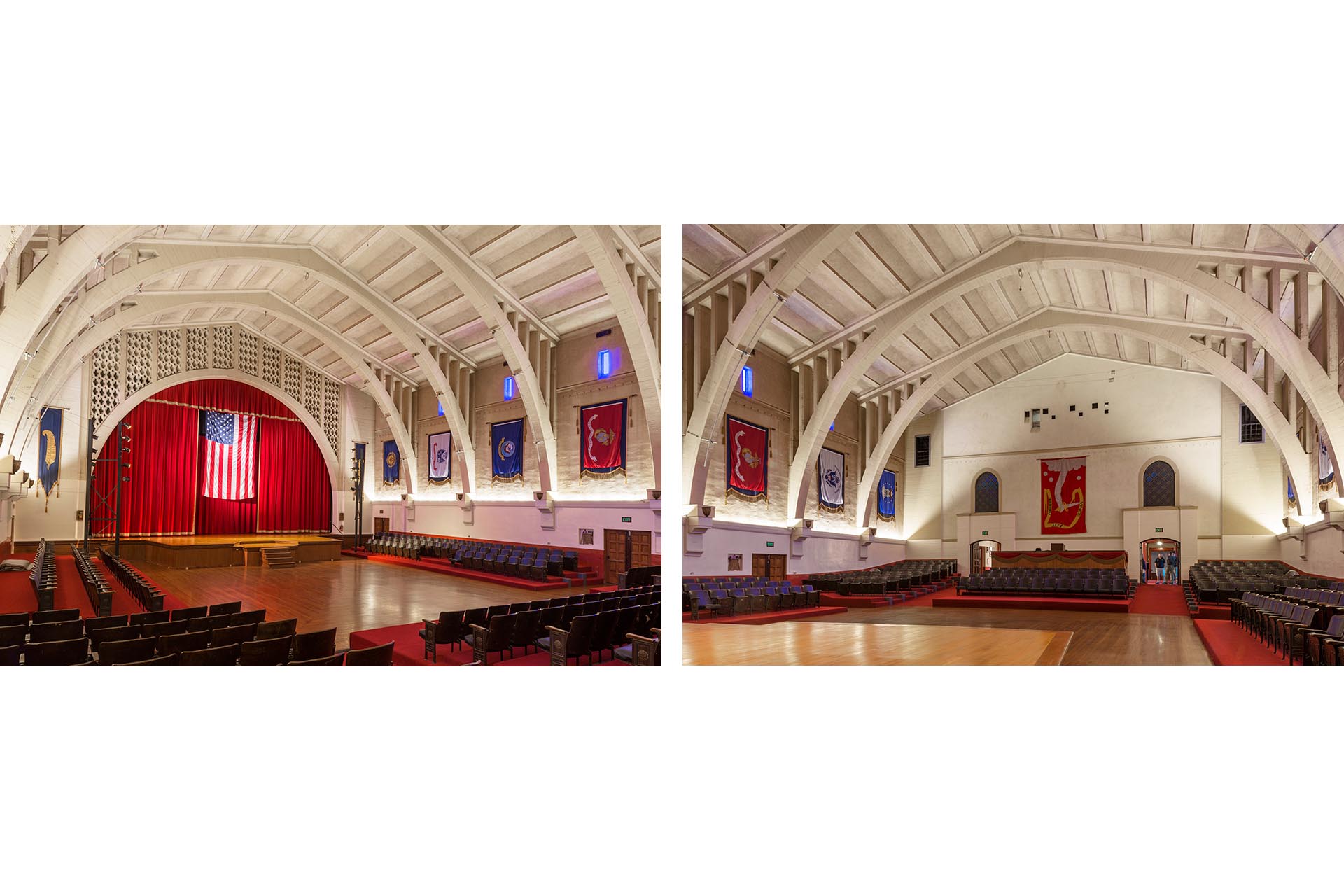 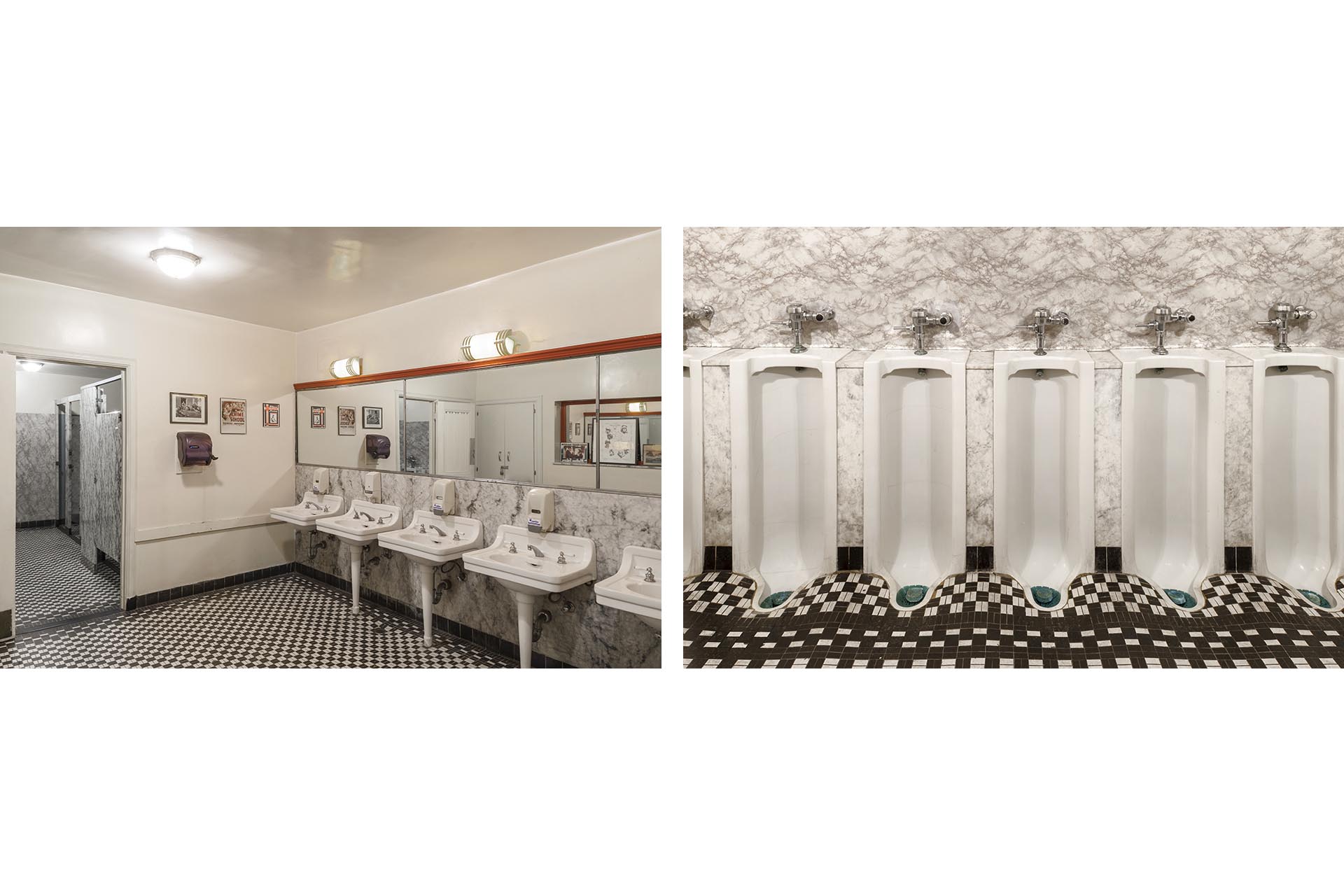 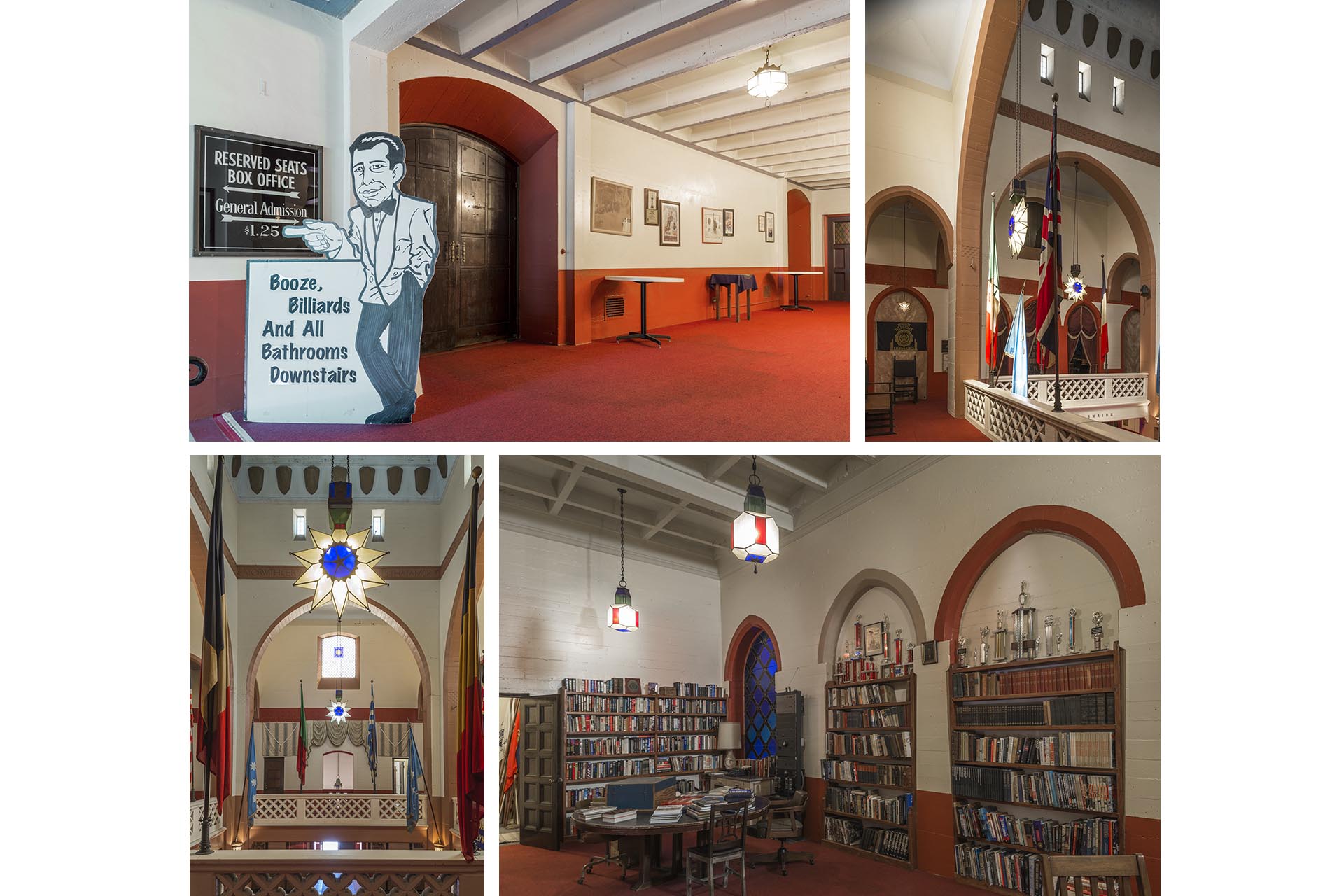 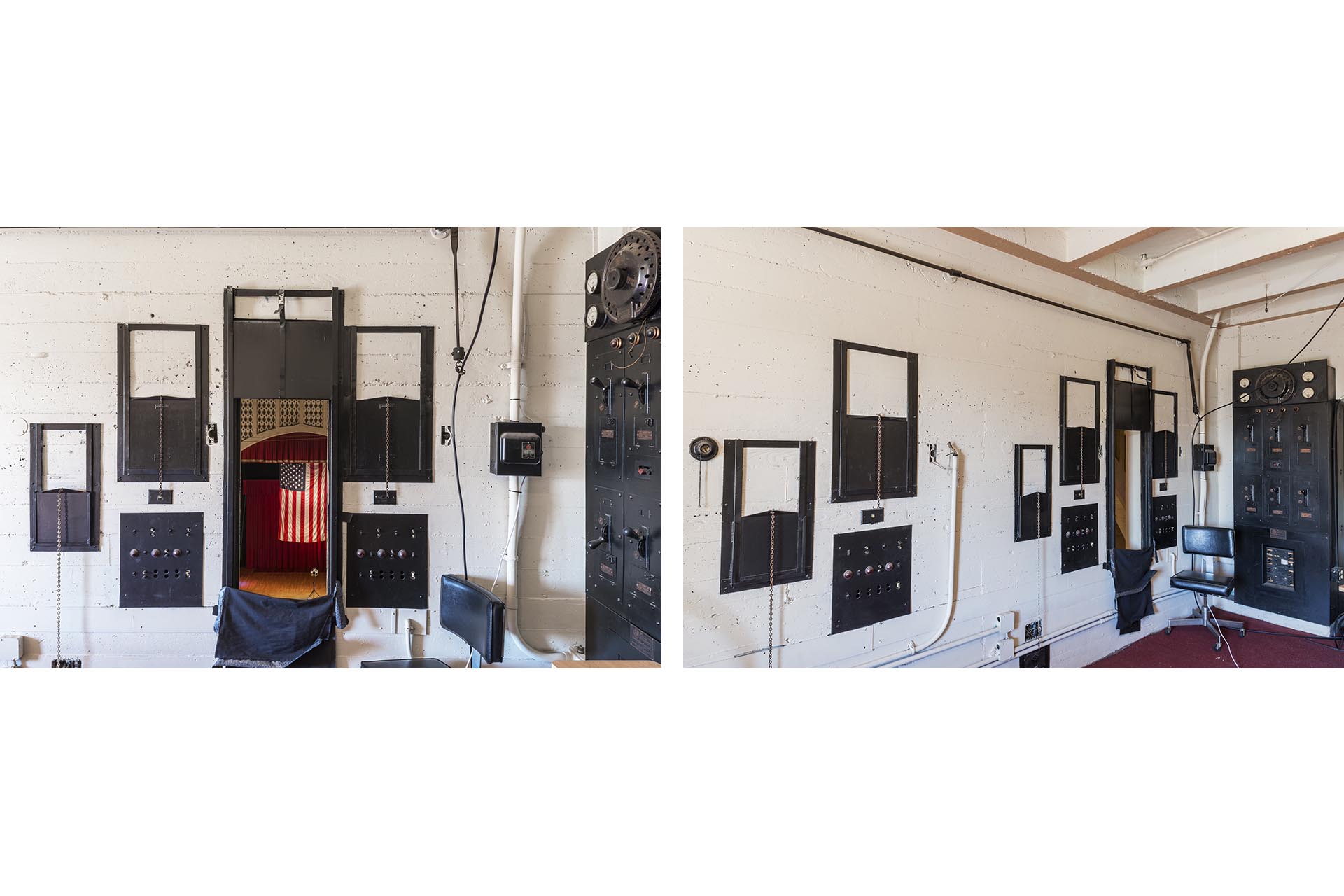 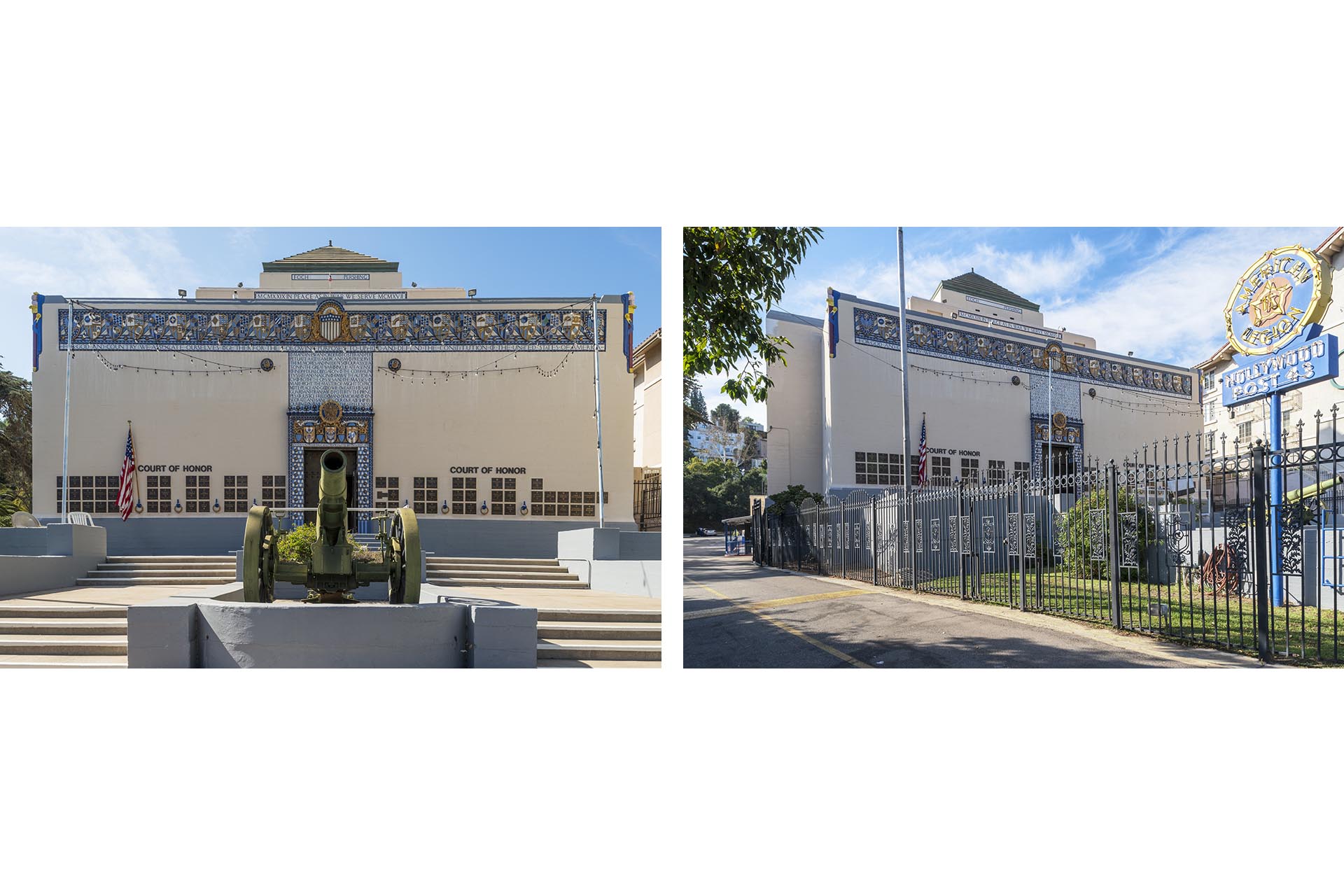 The American Legion Hollywood Post, due to its prominent location and membership, has always been closely linked to the movie and entertainment world. The members, all military veterans, have included movie stars, performers and musicians, among other Hollywood royalty. Its clubhouse has served as a filming location for countless movies and TV shows and its parking lot is used for visitors to performances at the adjacent Hollywood Bowl. The building, a Los Angeles Historic-Cultural Monument, with its tile-clad tower and broad front stairs and forecourt featuring a historic cannon, is a familiar sight. Recently, a new group of younger veterans has taken the initiative to revive the building and to again empower it to its full potential. With the revenue from the new theater, the non-profit organization will be able to continue its mission of serving its members and to support veterans in need.

The objective of the recent remodel was to convert the existing 1929 multipurpose space and clubhouse into a state-of-the-art high-end movie theater, suitable for exclusive events such as special screenings, premieres and other happenings primarily related to the booming Hollywood film industry. A new 38-foot wide screen and a revamped projection room allow all possible formats, including increasingly rare 70mm film projection.

Nonetheless, some flexibility in the use of the space was maintained and other uses, such as lectures and live music or theater performances are still possible. The existing original stage in front of the screen was kept, but later extraneous additions from movie shoots were removed.

The resulting space is a unique blend of the historic architectural character of the hall and its new contemporary technology, while reflecting the dramatic flair and being of reminiscent of old Hollywood movie venues. The environment was designed to feel luxurious and fitting for a special event, in addition to fulfilling its practical purpose of providing excellent sound and pictures. By removing sideways risers and re-shaping the floor, a total of 480 seats, some of them removable to maintain a dance floor, was achieved in a newly curved continental arrangement.

The acoustic environment, initially digitally modeled by Arup, was adjusted to a new lower reverberation time with the use of surface treatments, and a powerful sound system delivers one of the most exhilarating movie experiences anywhere.

The existing concrete of the hall was stripped to its natural state. It is complemented by perforated wood panels, patterned for acoustic purposes with pixelated and abstracted images from classic war movies, thus bringing together the world of movies and the veterans experiences.

The deep red fabric panels, seats and carpet and the gold concrete grilles add a more refined touch to the raw concrete and steel elements and allude to the Golden Age of movie palaces.

Other building elements in particular need of improvement were the dilapidated heating and cooling system, the general layout of the hall, as well as issues related to building codes and disabled accessibility requirements. Reversing the airflow and building a large air supply plenum in the cabaret room below the theater greatly improved the climate control and allowed for a new ceiling design in the basement space used for dining events.

As the main inaugural event, the Turner Classic Film Festival is hosting screenings in the new theater in April of 2019. A large entrance canopy and marquee will still be built later this year, to offer an appropriate backdrop for red carpet arrivals.