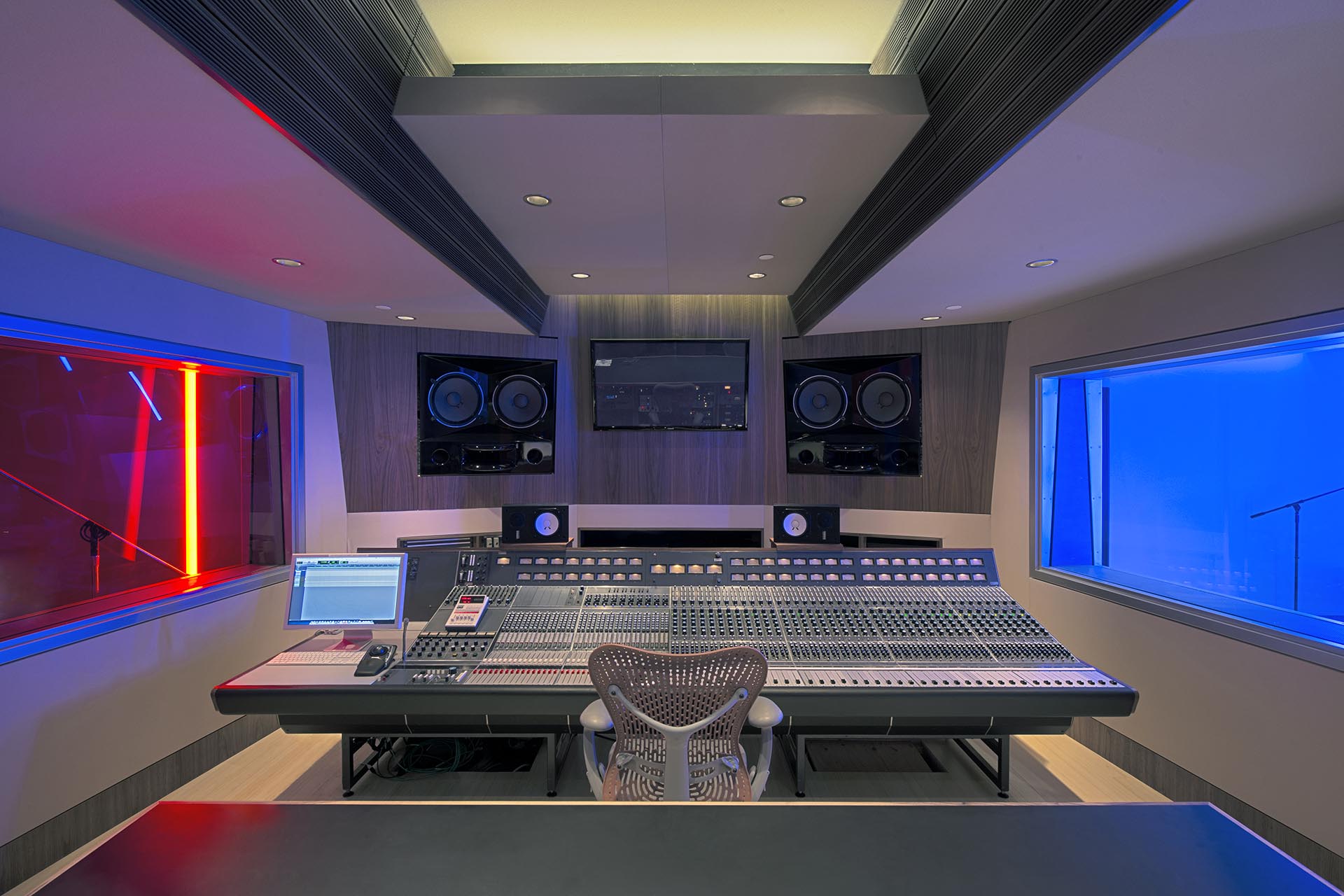 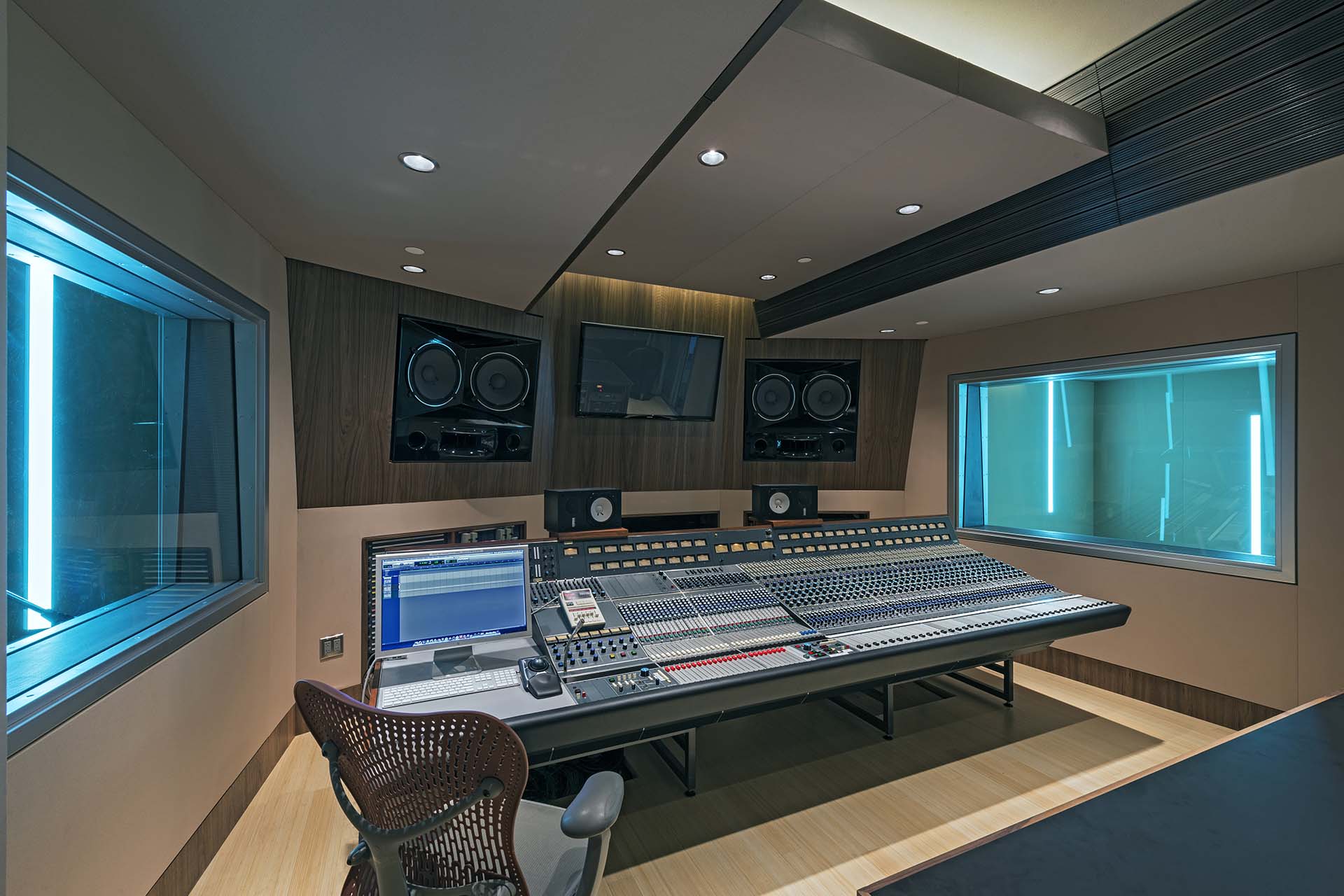 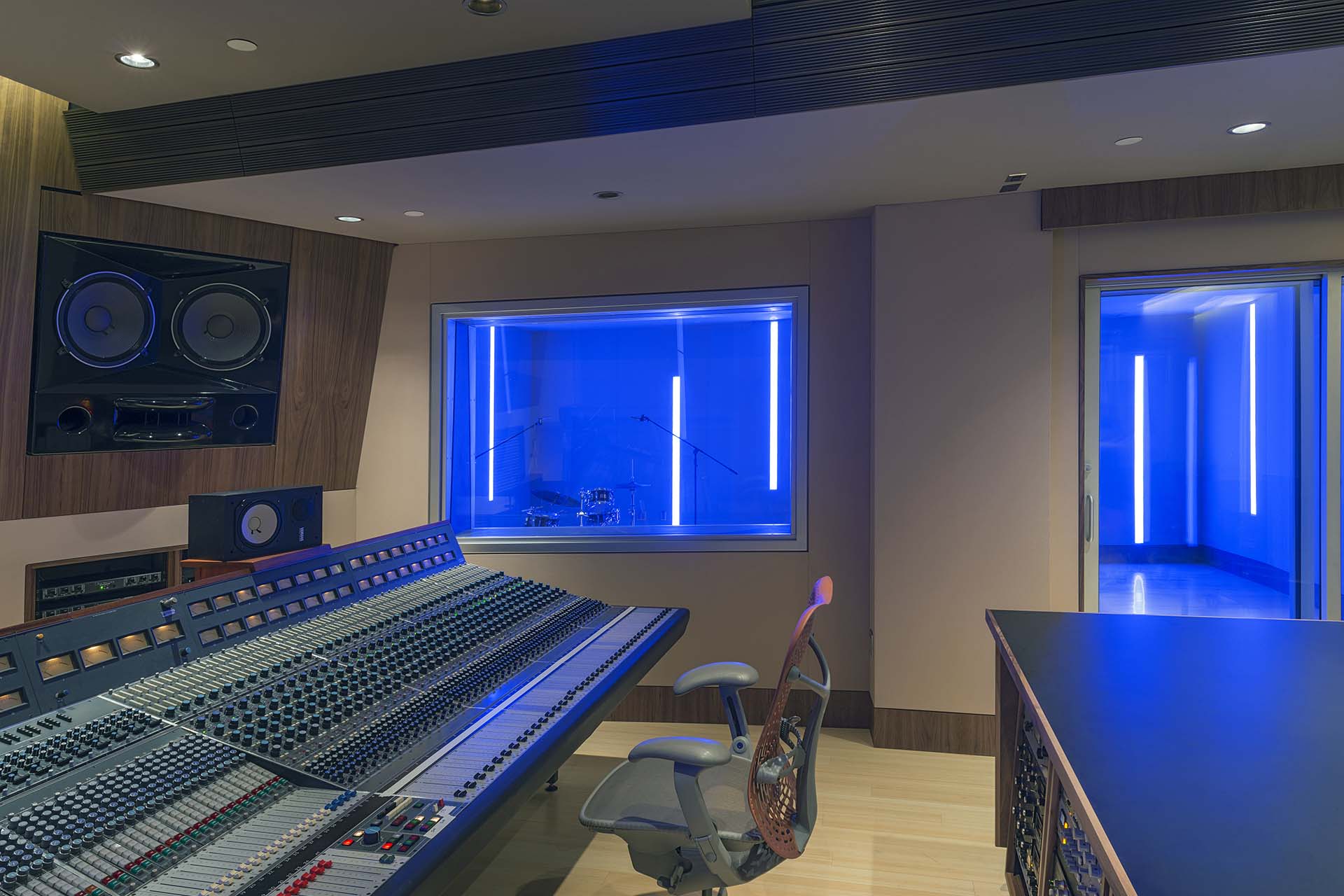 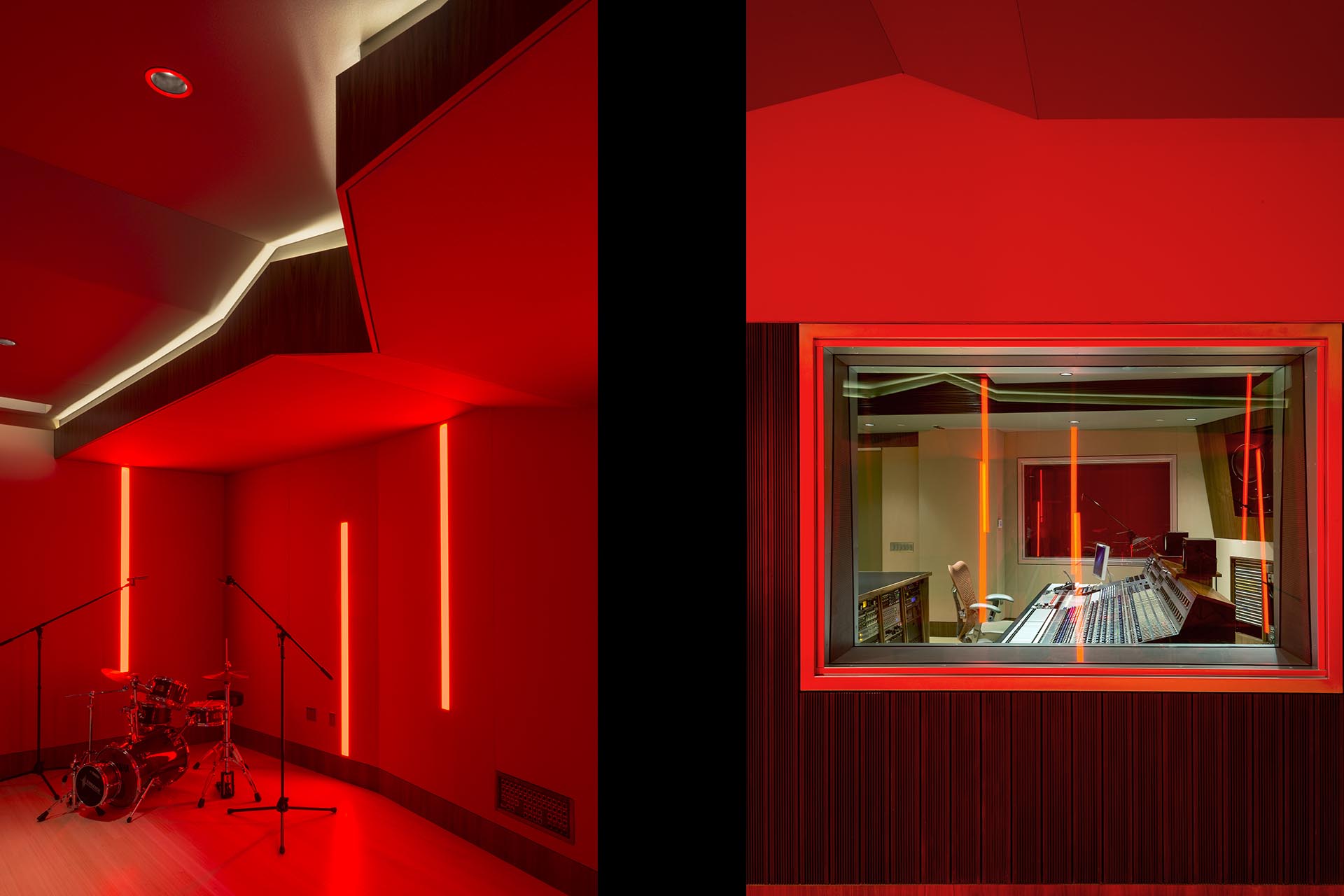 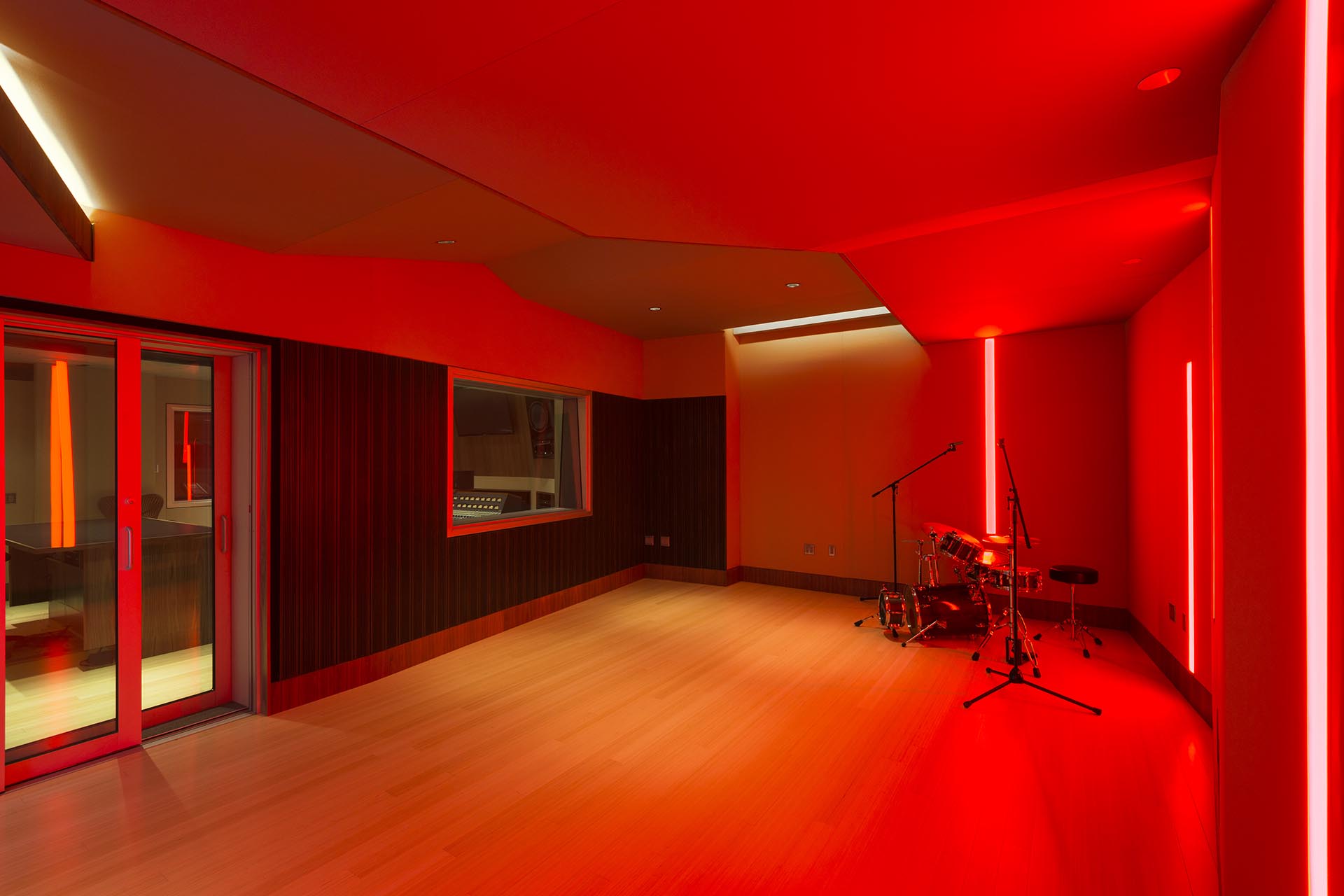 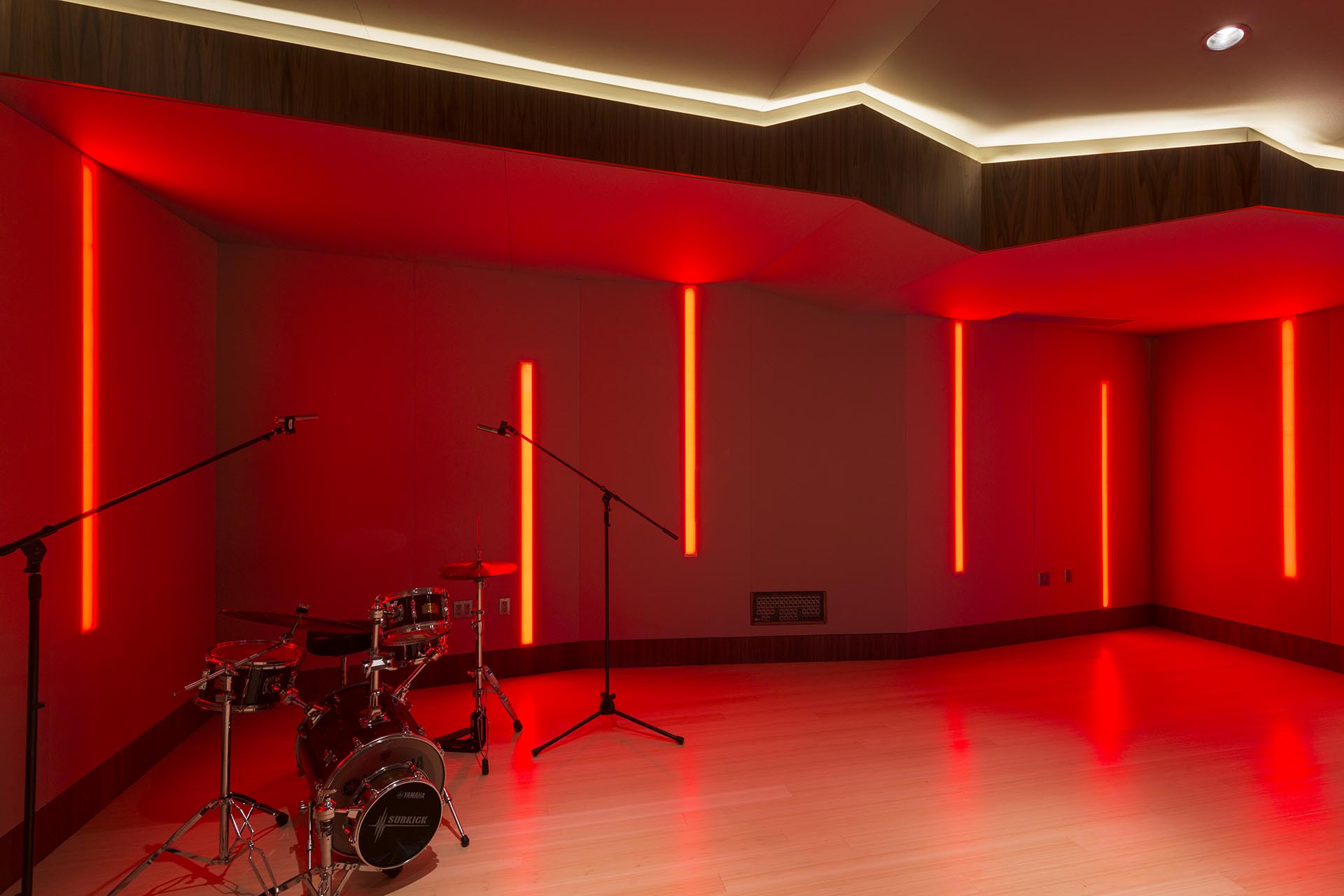 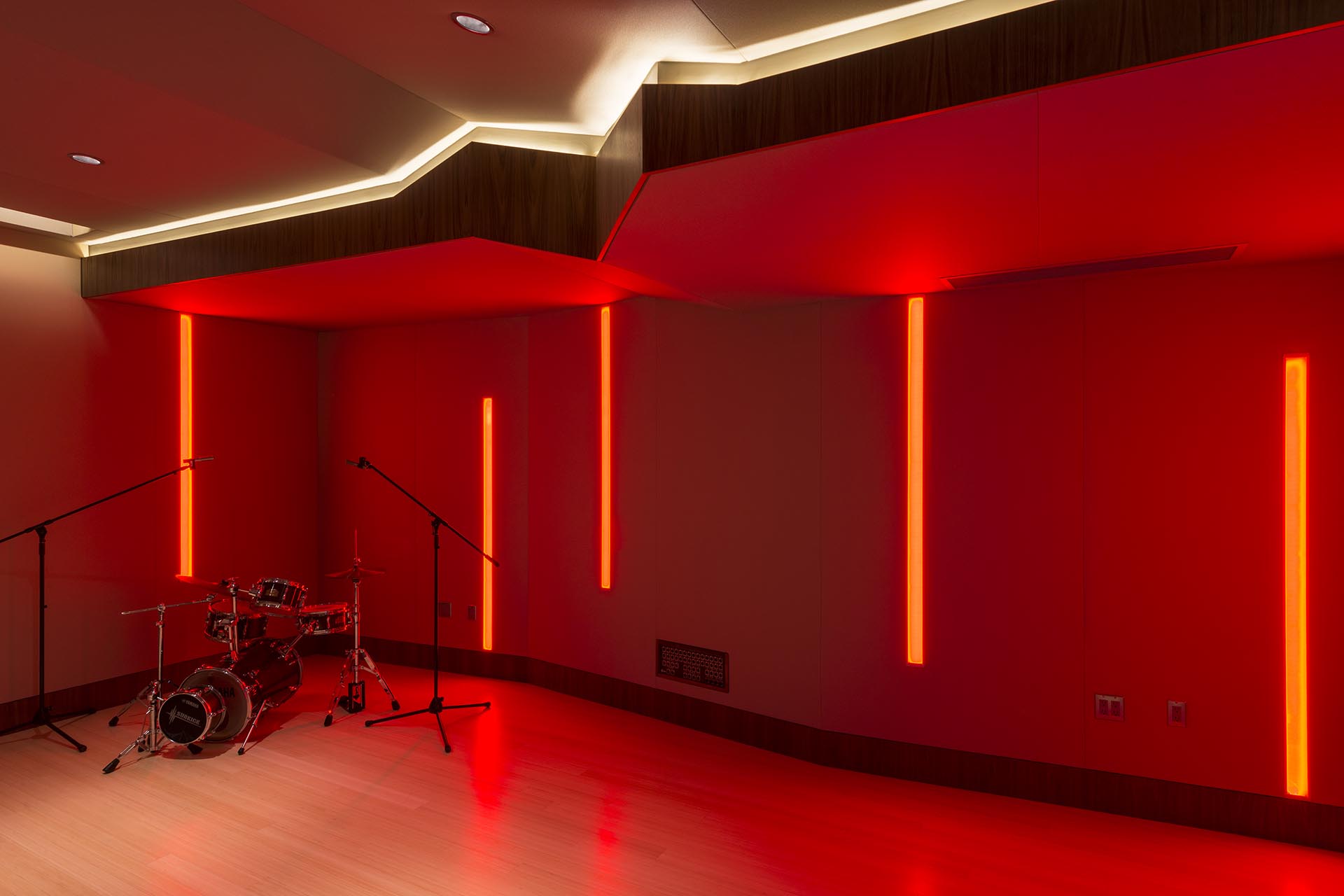 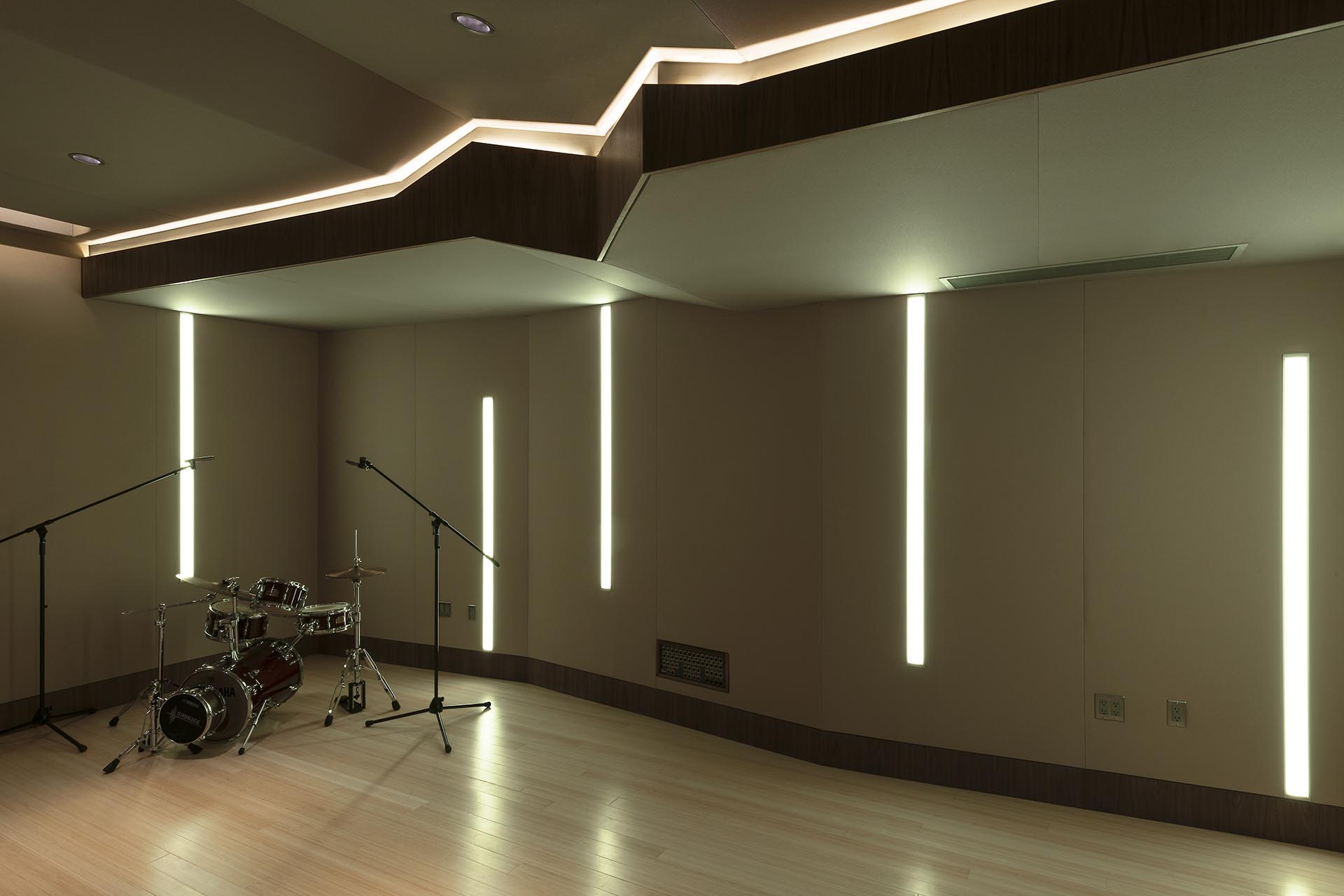 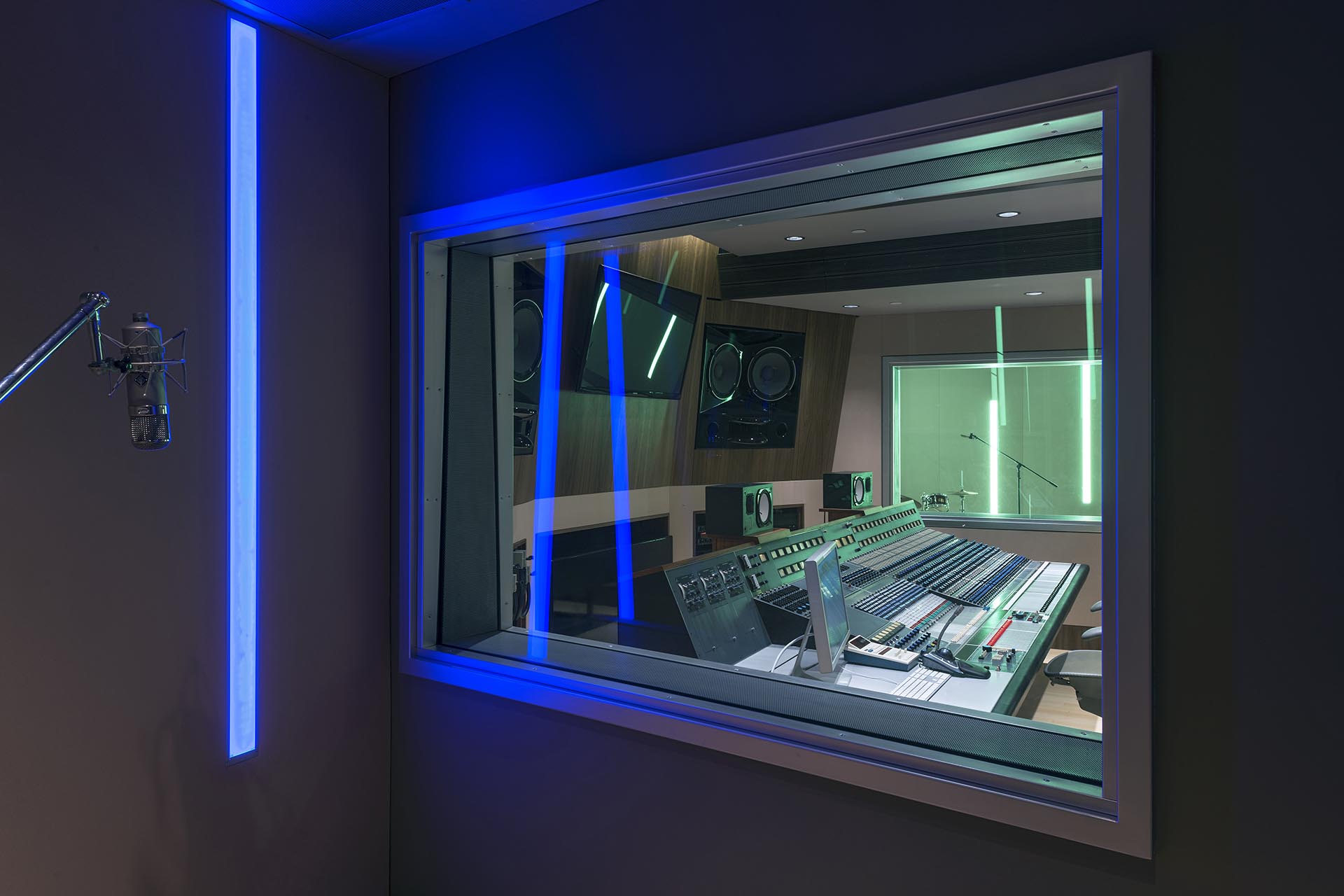 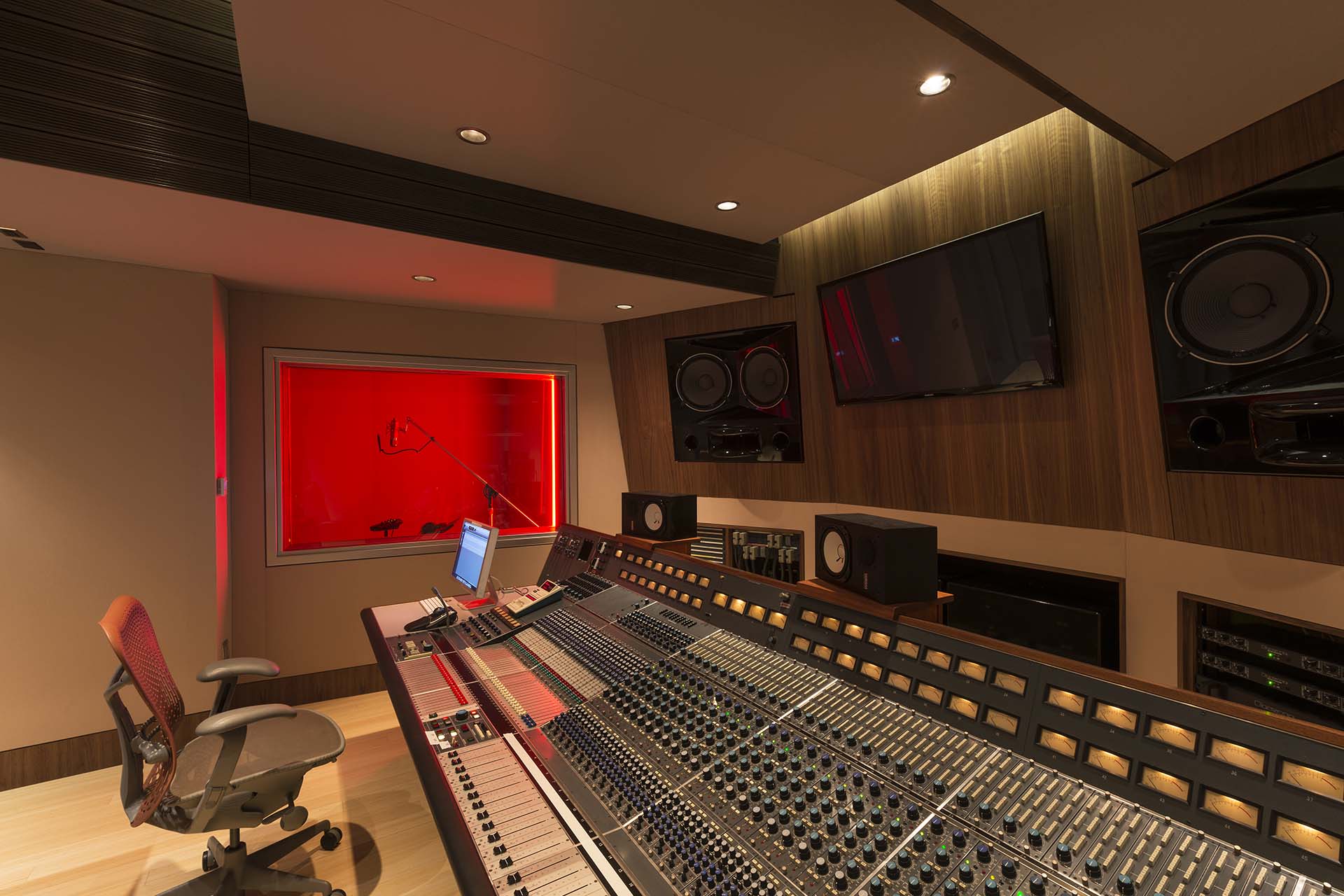 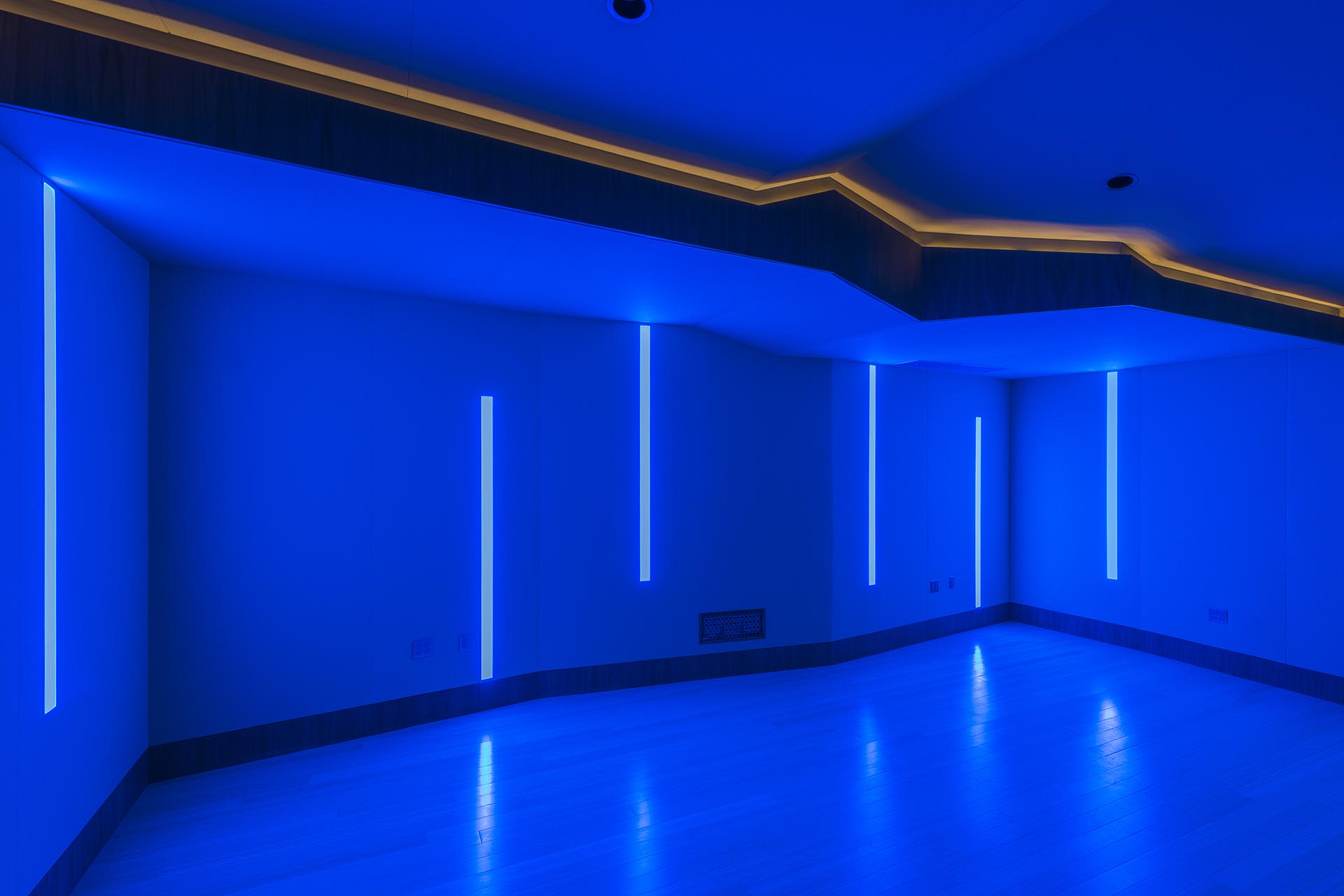 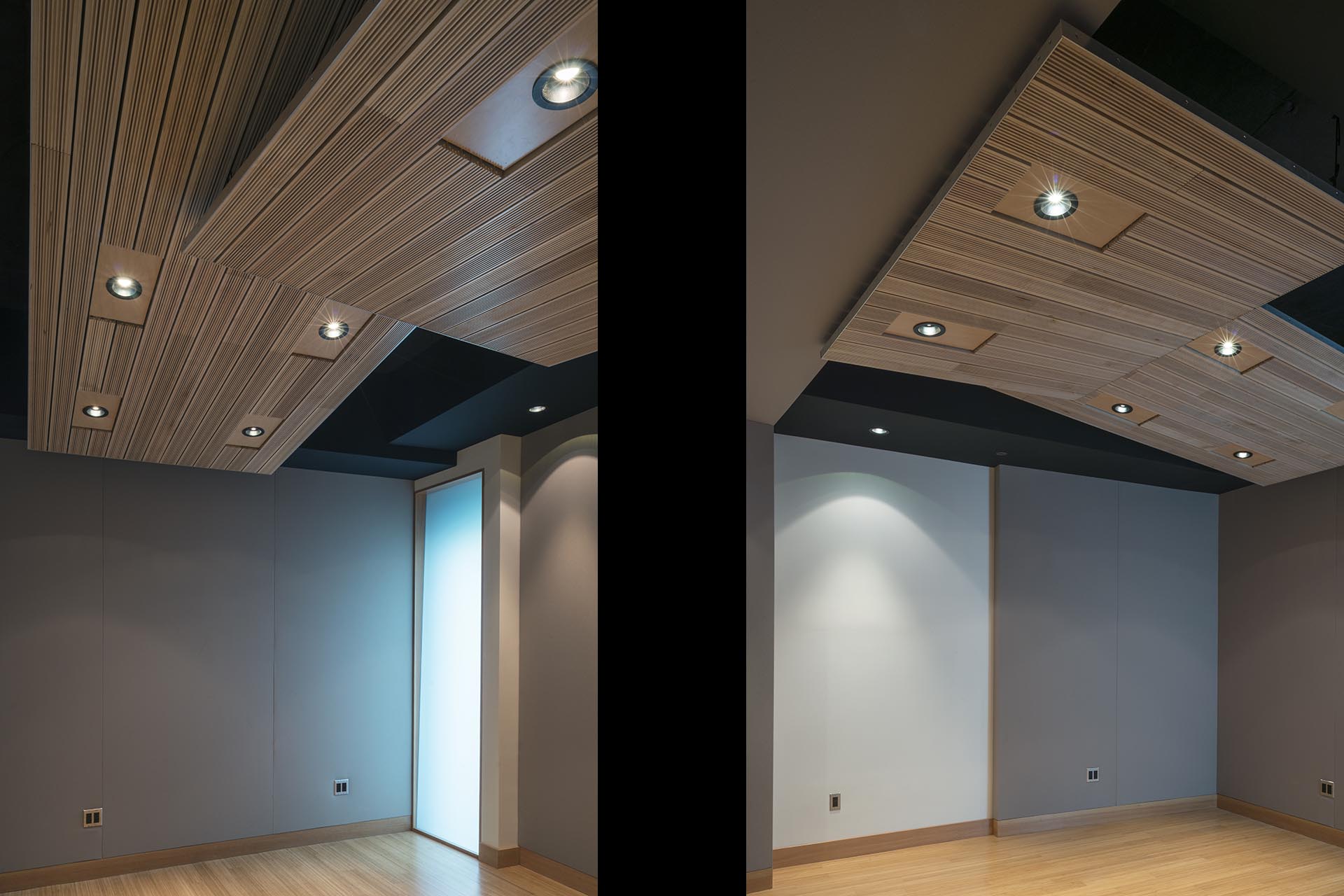 Studio F is a new 1,600 square foot recording suite, added to an existing studio facility that was recently acquired by Michael Marquart, a highly respected musician, songwriter and former Virginia Beach studio owner. Taking over the former Flyte Tyme Studios Santa Monica, the multi-talented new owner got a commercially available rental facility, a studio for himself, as well as a place where his kids, both musicians, can get a start in the recording business. Besides the existing commercially rentable studios he was looking for a studio for his own personal projects that would allow him to engage in his passion for the analog recording process and the resulting unmistakable sound.

Consisting of a control room, a large tracking room and a vocal booth, the newly added studio is inspired by vintage rock’n roll rooms in both the aesthetics of the spaces and the equipment it houses, yet re-interpreted for today’s needs and aesthetics. The wood and fabric finishes are complemented by color-changing LED fixtures, permitting the creating of a customized atmosphere and vibe in each of the different spaces.

The need to soundproof the studio from the existing rooms required an elaborate air conditioning ducting system, which in turn inspired the layout and the shapes of the ceiling soffits. Turning a potentially serious problem into an asset, the ducting runs were fine-tuned and the ceiling layout closely tailored to the required duct volumes.

In an earlier phase, an additional recording booth was added to one of the existing second floor studio suites. Taking advantage of the natural light, the booth features a window and customized suspended diffusor panels on the ceiling.